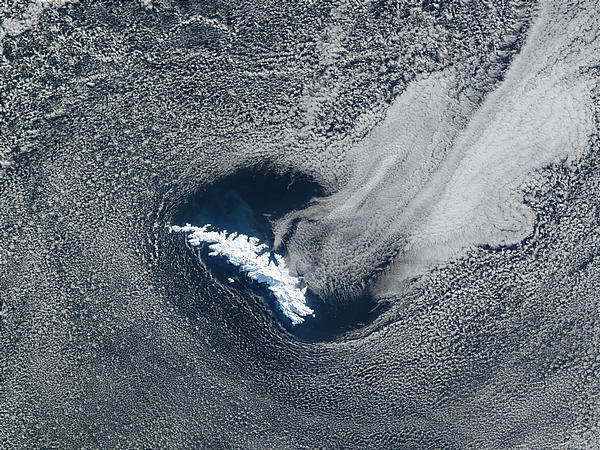 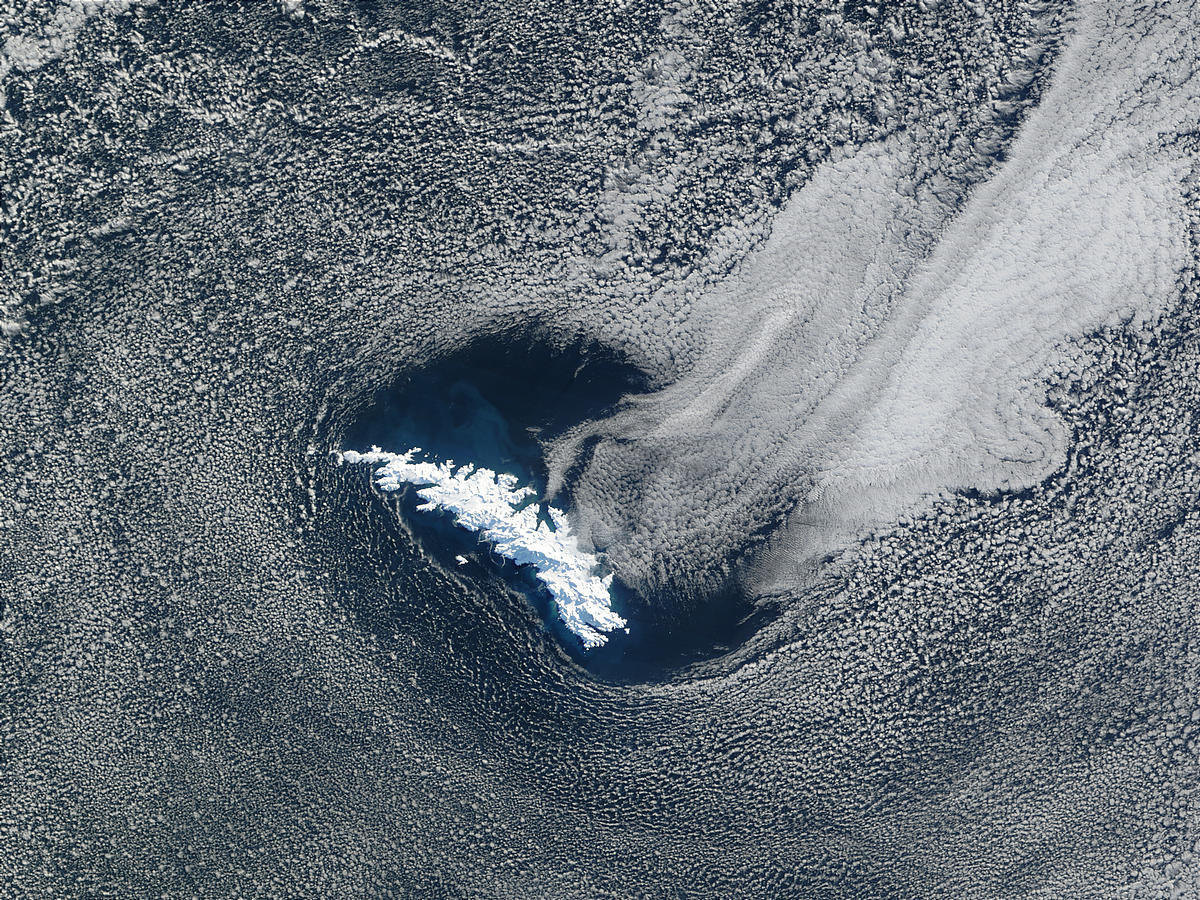 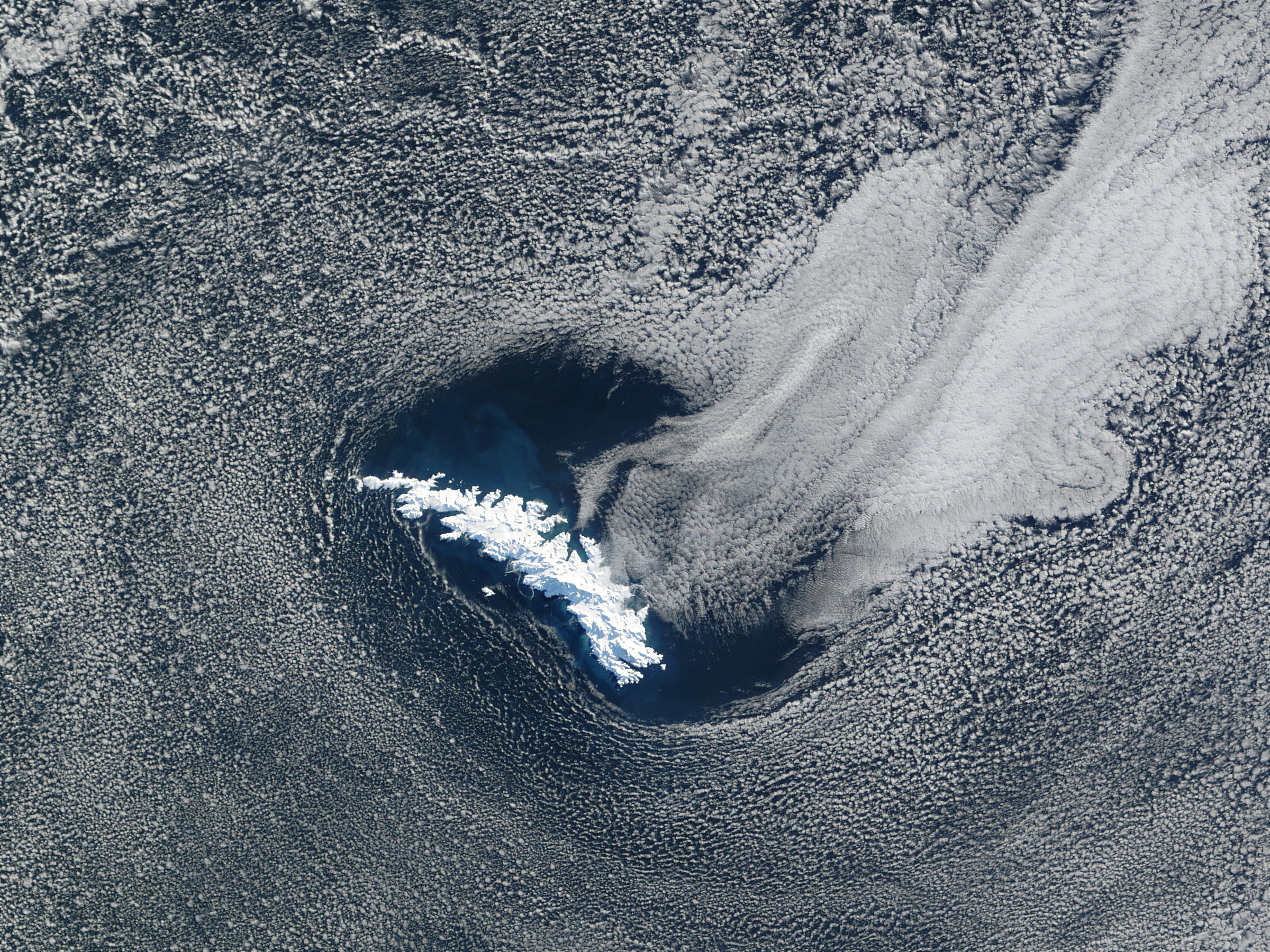 An interesting pattern of clouds swirls around South Georgia Island in this true-color MODIS image acquired August 8, 2002. This tiny, isolated island is located in the South Atlantic Ocean and is covered in winter snows. Closer inspection of the image reveals what may be a phytoplankton colony off in the waters surrounding the island. Many phytoplankton species thrive in cold, relatively low nutrient waters such as these. Sunlight reflecting off of the chlorophyll in the phytoplankton causes them to appear blue-green.

Low-lying clouds surround the tiny island and reveal wind currents and pressure systems that are normally invisible to the human eye. In this image, wind is blowing northeast, creating a higher-pressure bank of clouds along the island’s southwest coast. The island itself acts as a wall, forcing most of the winds to move around it instead of straight over. On the other side of the island, the pressure is much lower, allowing for the tiny bit of clear sky that shows the phytoplankton and ocean. However, the momentum of the wind’s movement causes it to curl back inwards towards the island center, drawing with it the clouds that reach back toward the island like a peninsula.