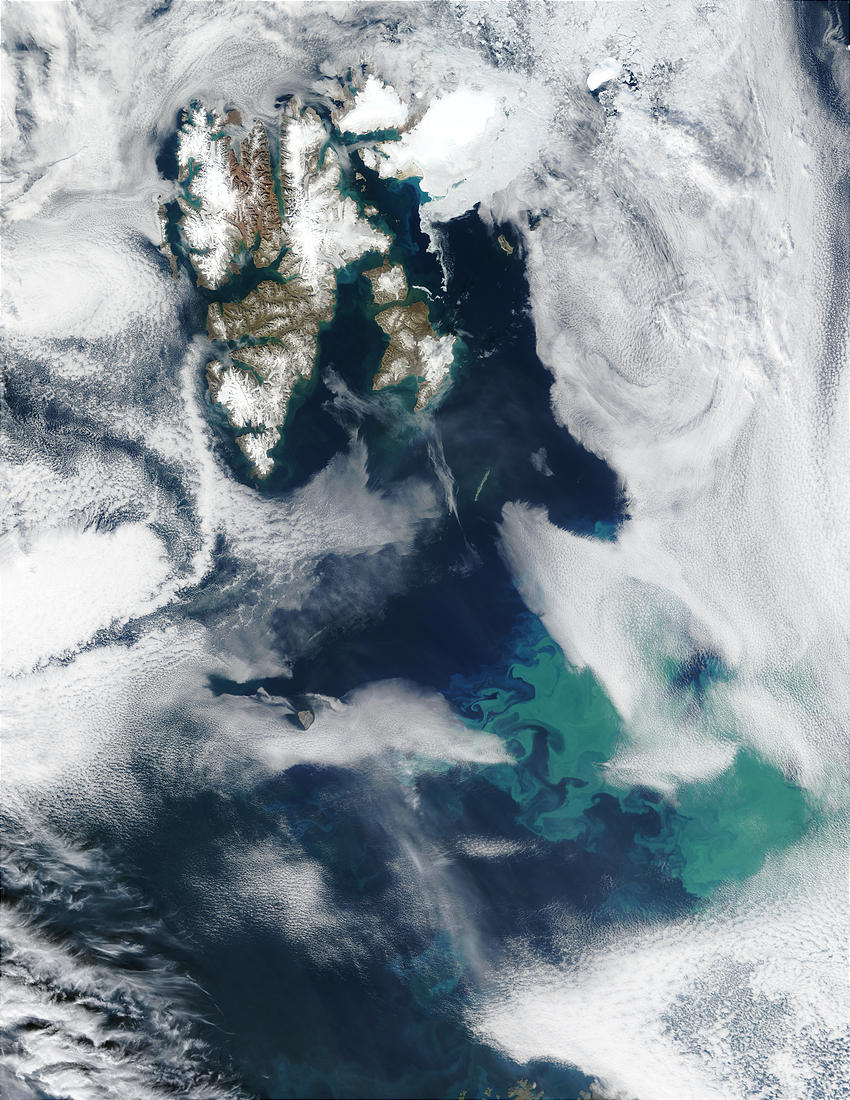 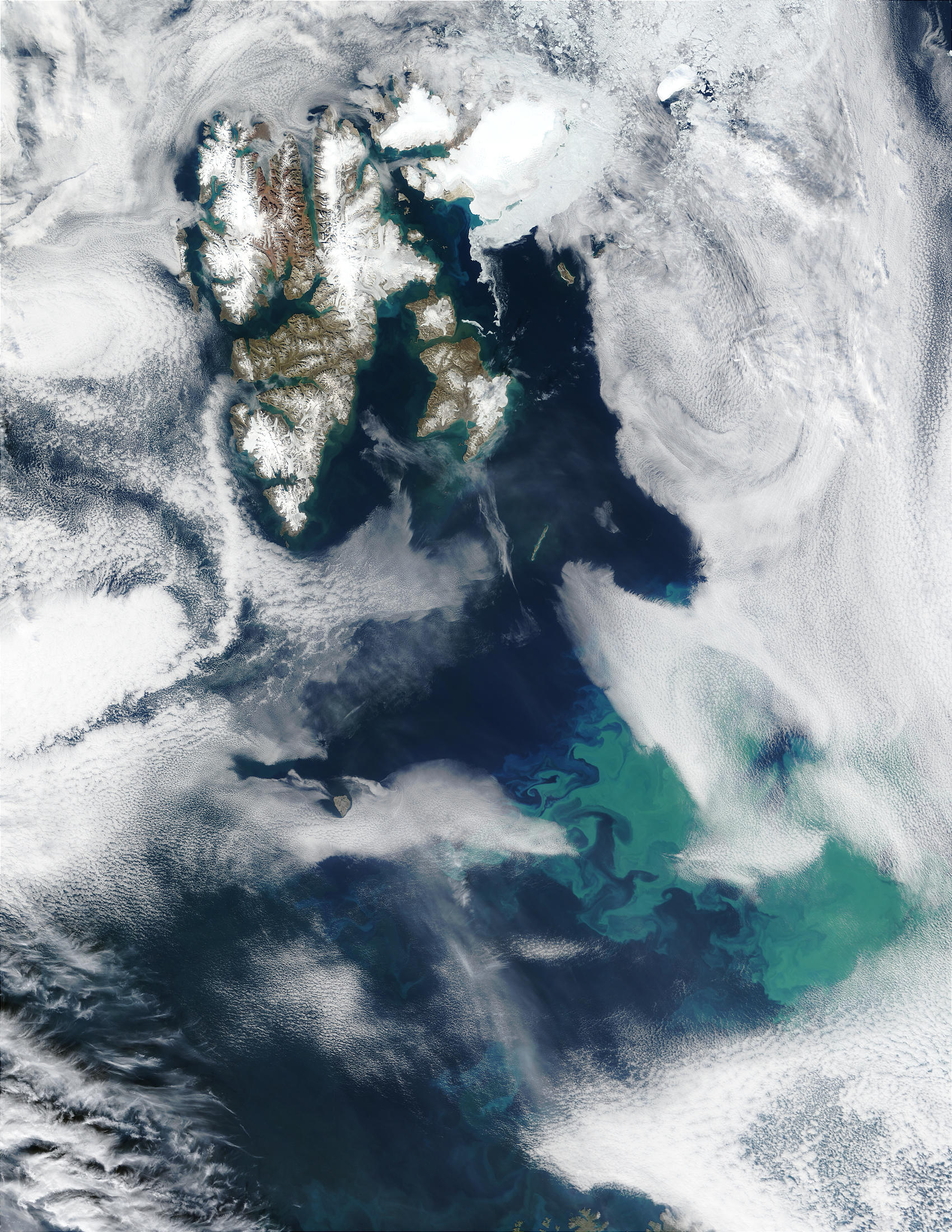 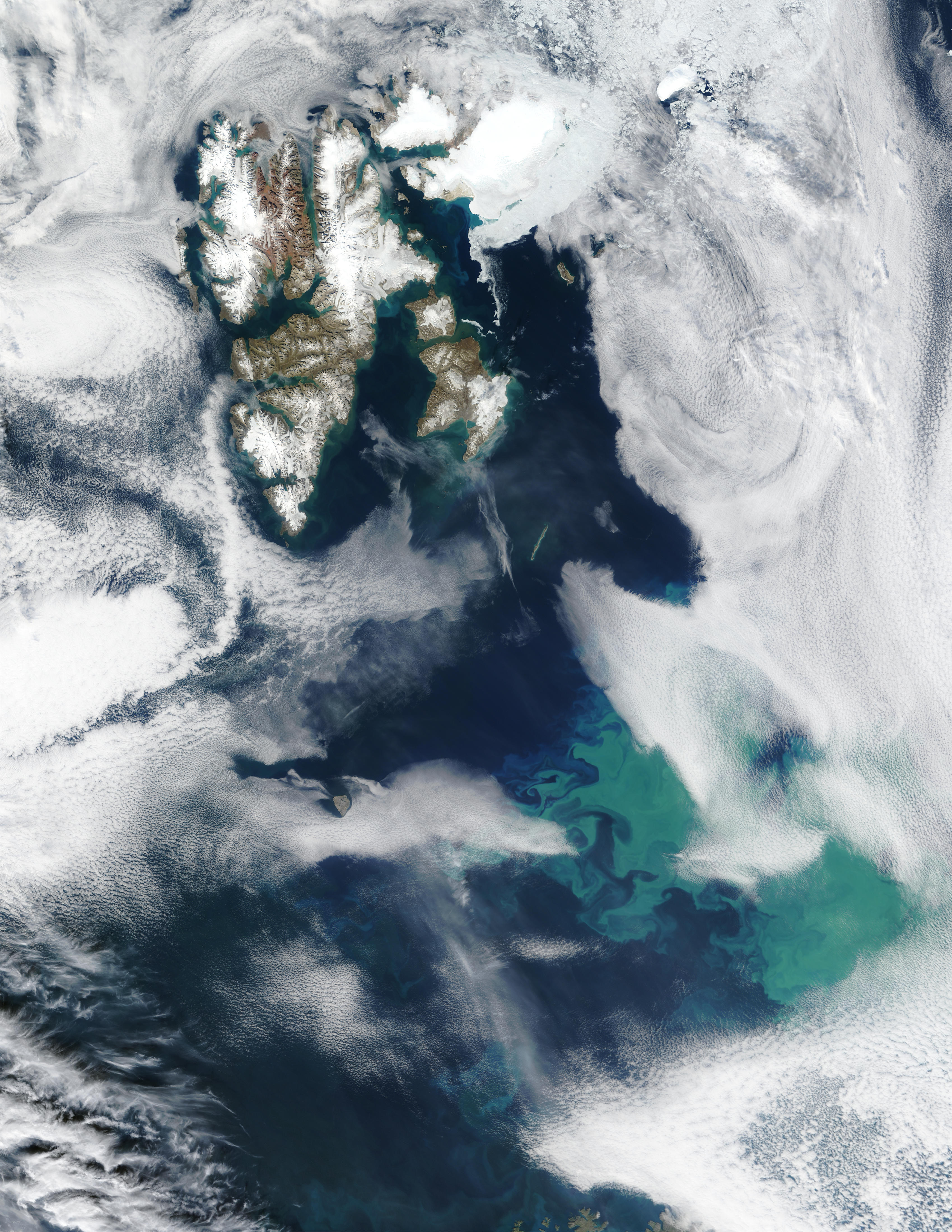 Svalbard sits north of Norway, between the Barents and Greenland Seas, right on the edge of the Arctic Circle. In this true-color Moderate Resolution Imaging Spectroradiometer (MODIS) image acquired August 13, 2002, by the Terra satellite, Svalbard is mostly cloud free, though snow covers much of its surface. The clouds that obscure so much of the region leave enough of the south clear to show a large phytoplankton bloom glowing turquoise against the deep blue-black of the Barents Sea.

Phytoplankton are microscopic marine organisms that feed off of nutrient-rich cold waters to survive. The striking turquoise color is caused by sunlight reflecting off of chlorophyll in the phytoplankton, which (like terrestrial plants) use the process of photosynthesis to create carbohydrates from carbon dioxide and water. These phytoplankton blooms are quite common all over the world, and can appear very quickly.