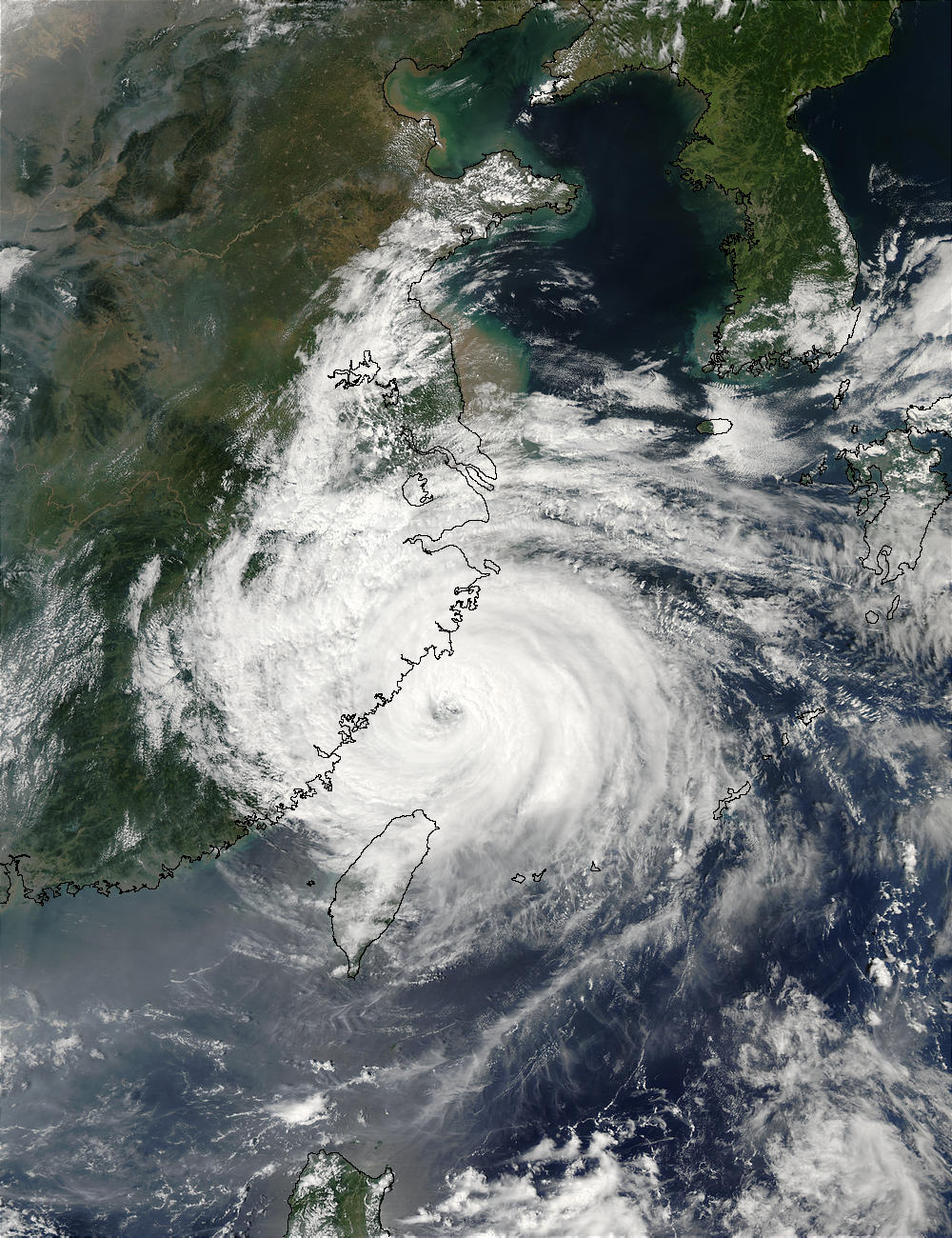 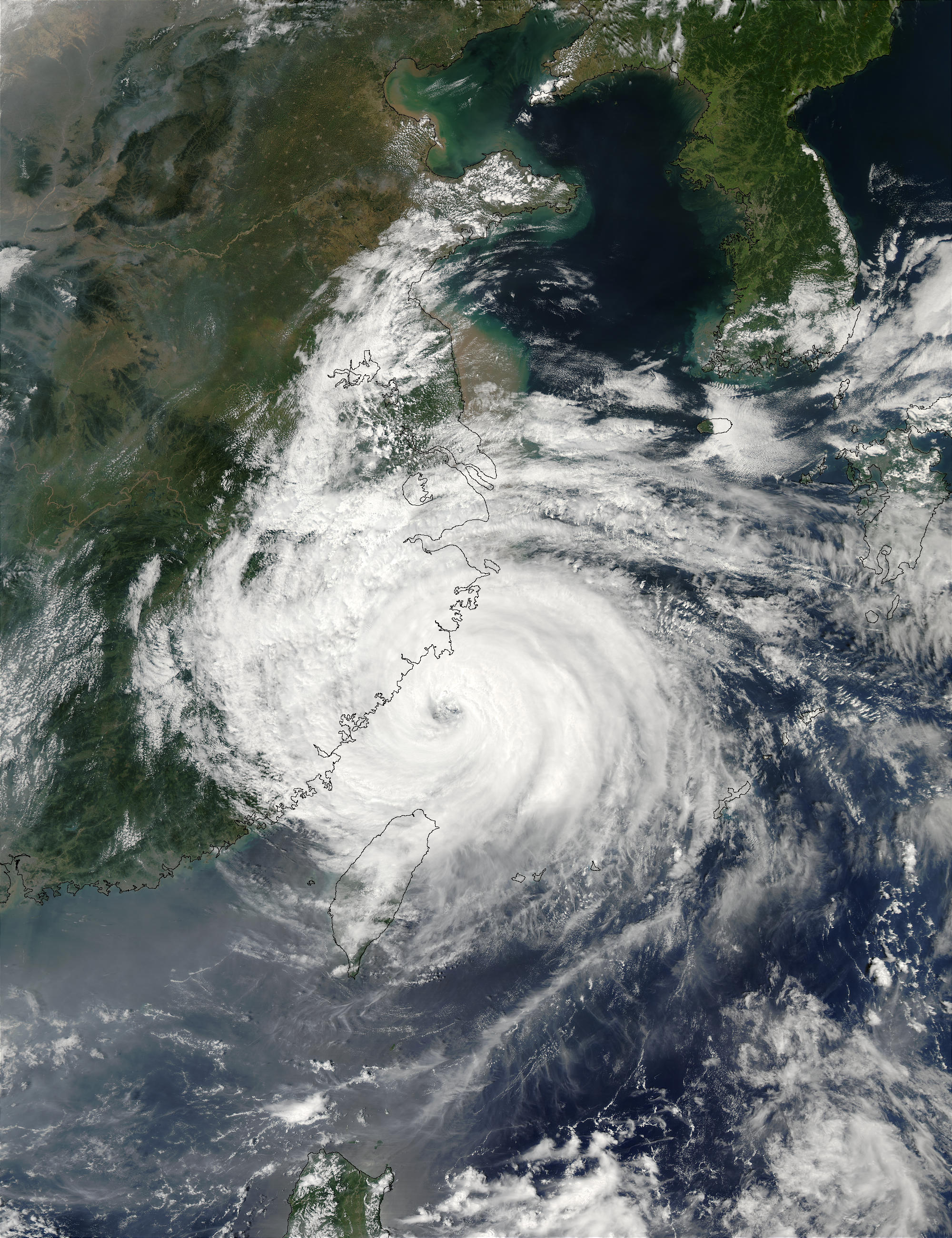 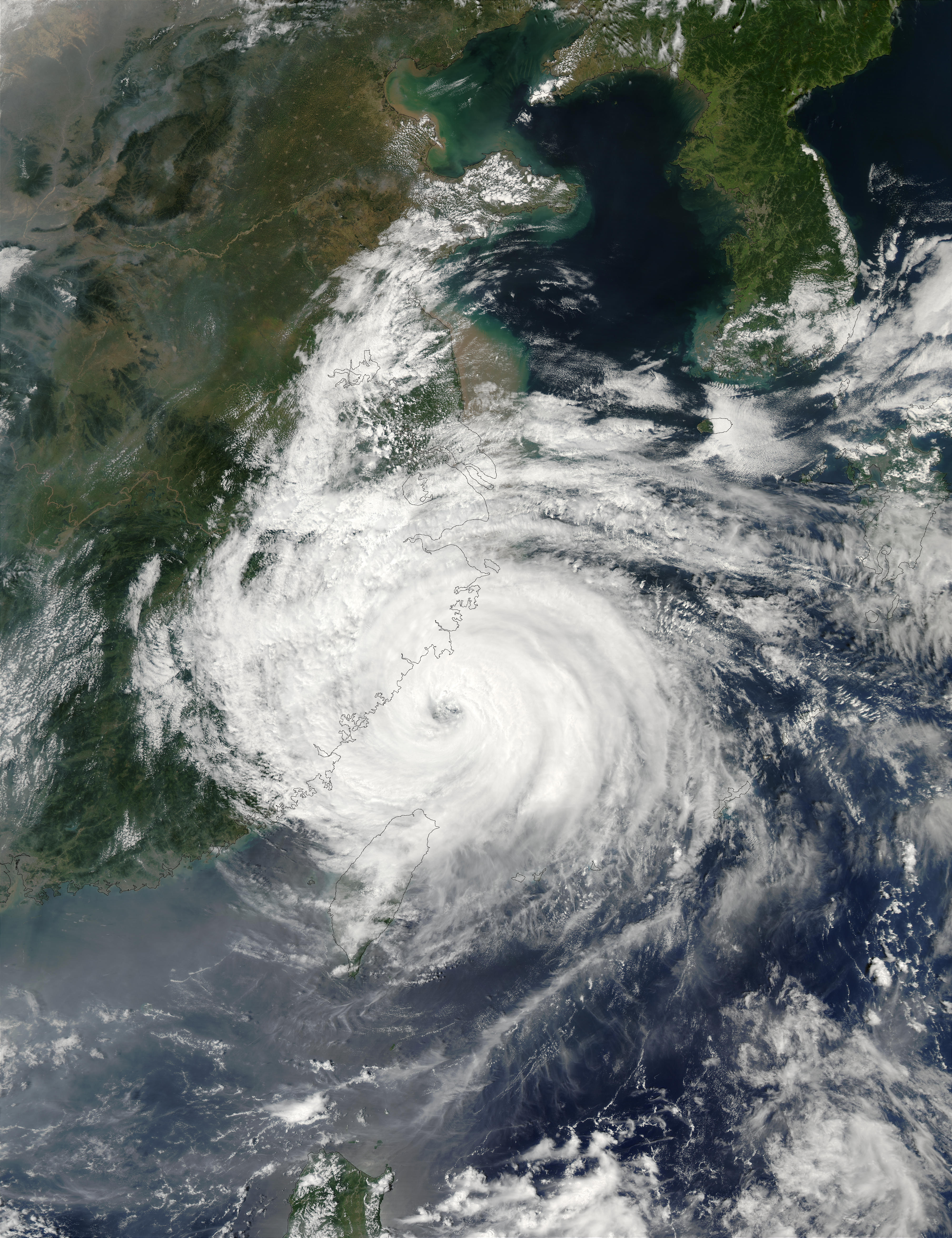 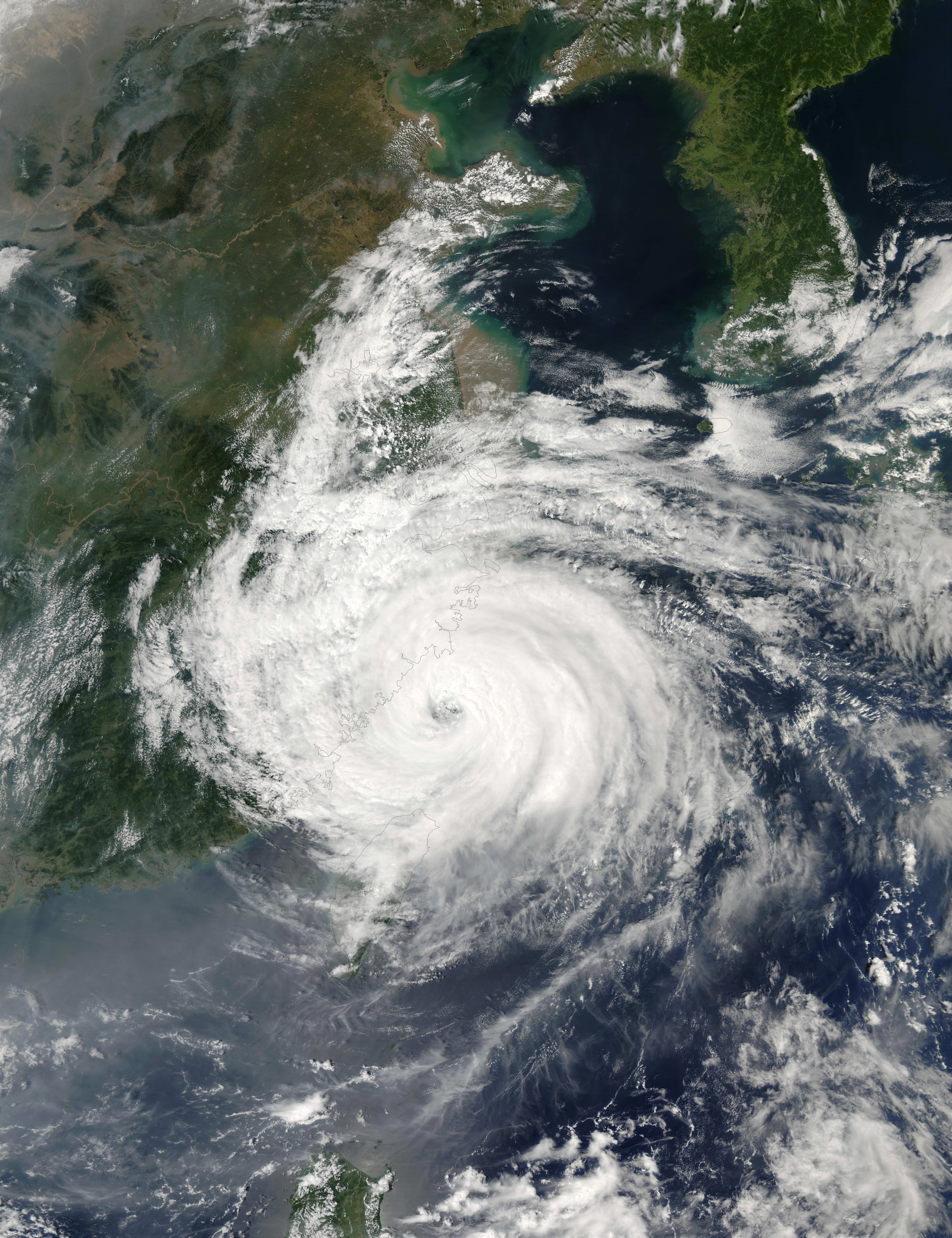 After tearing through the Okinawan island chain and Taiwan late last week, Typhoon Sinlaku slammed into China this weekend, causing as many as 26 deaths and $100 million in destruction. The typhoon is shown here in a true-color image taken on September 7, 2002, by the Moderate Resolution Imaging Spectroradiometer (MODIS), flying aboard NASA—s Aqua spacecraft. When the typhoon hit China, it was packing winds of up to 87 miles (144 kilometers) per hour. The typhoon destroyed over a quarter of a million acres of cropland, collapsed tens of thousands of buildings, and forced hundreds of thousands from their homes. More than 1,500 people have been killed this year in China as a result of flooding and severe storms.