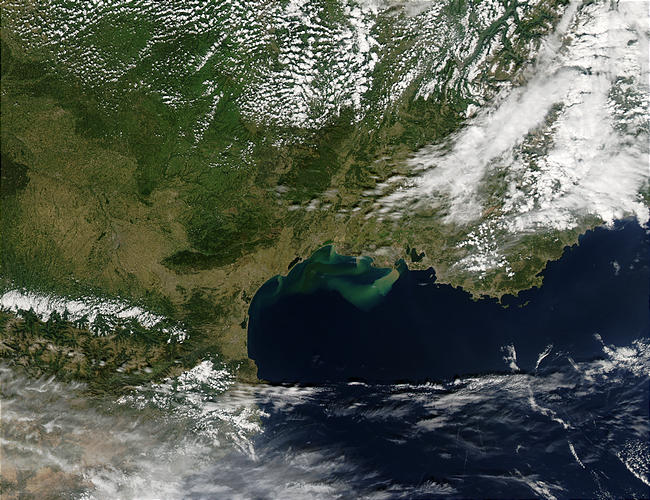 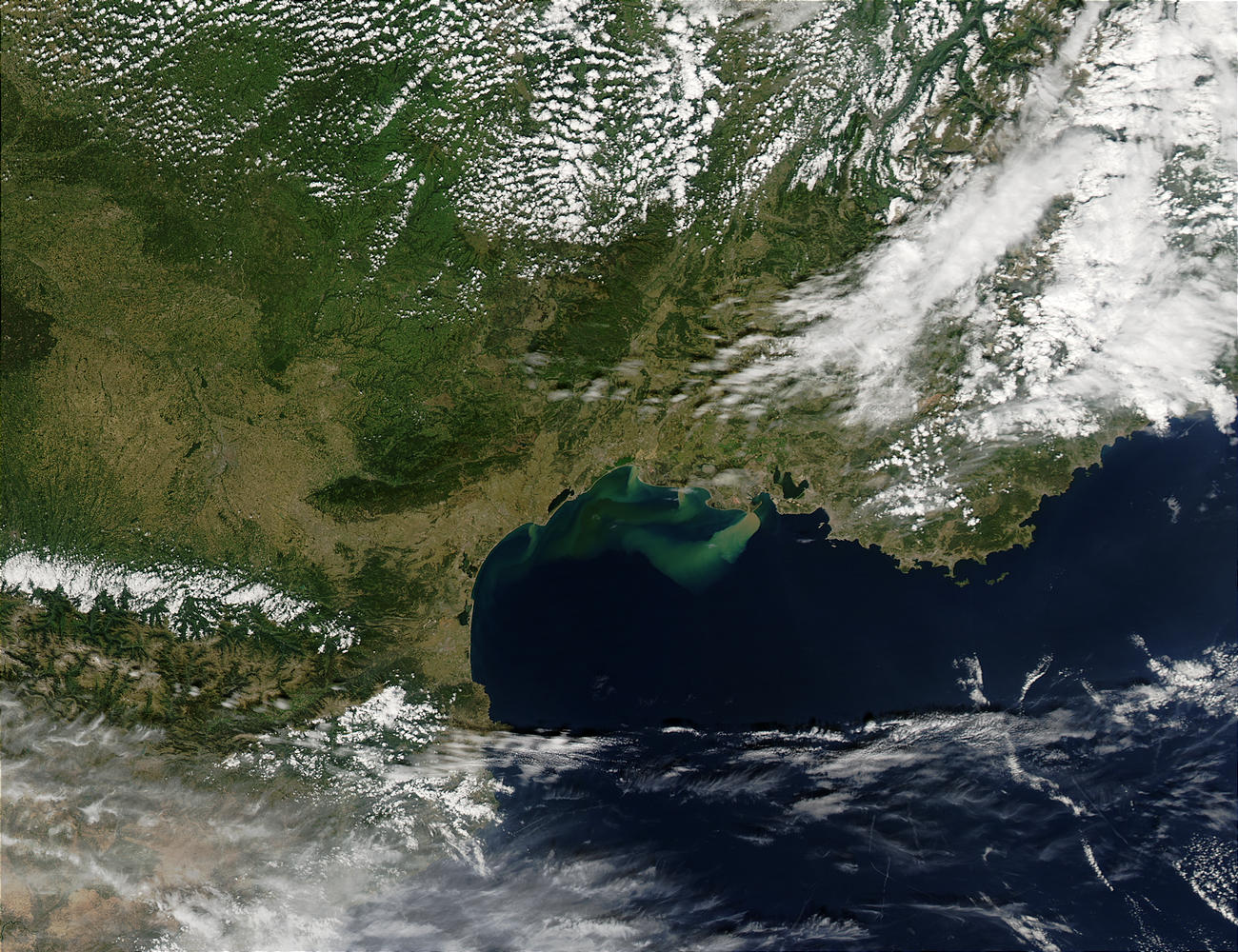 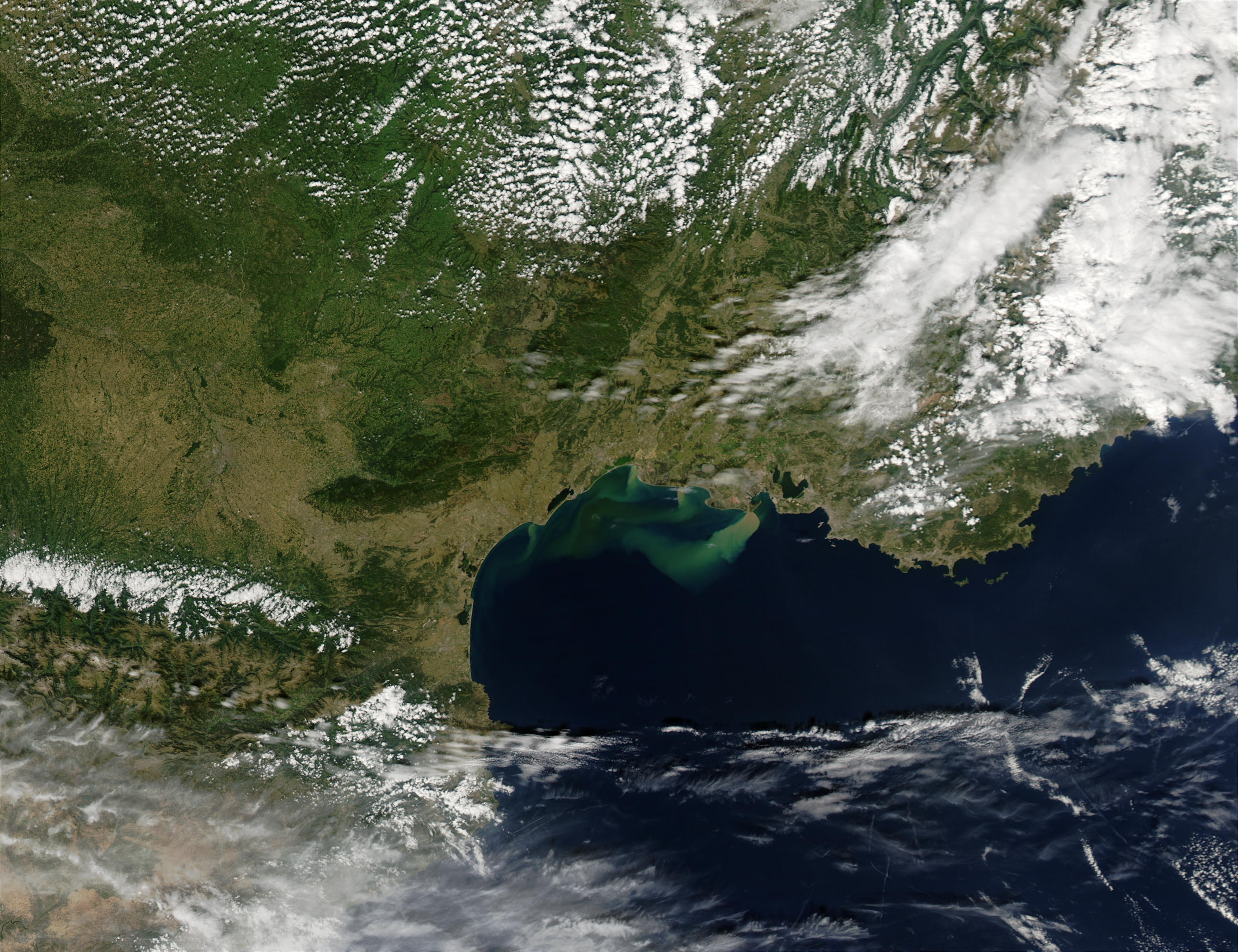 Run-offs from floods in Southern France

Run-off from flooding in southern France is evidenced by the streaks of brown-green silt in the waters of the Golfe du Lion on the Mediterranean Sea. This series of images from Aqua and Terra MODIS shows the area before the floods (August 14) and in true- and false-color on September 11 and 15, 2002. Torrential rains earlier in the week led to the severe flooding along tributaries of the Rhone River that killed as many as 26 people and forced hundreds from their homes.

Silt displaced by the flooding is caught up in the waters of the Rhone and are deposited into the Golfe du Lion. The silt appears brown-green in the true-color imagery because of the way that sunlight reflects off of it, and its pattern of streaks and clouds is due to currents in the water. Eventually, after the flooding stops carrying so much silt to the Golfe, the silt will disperse and the waters will return to their predominantly blue-black color.

The floods killed as many as 26 people and forced hundreds from their homes. Most of the deaths occurred when a dike gave out in the village of Aramon, which sits alongside the Rhone. In addition to those killed, over 30 people were still missing at the time this image was acquired.