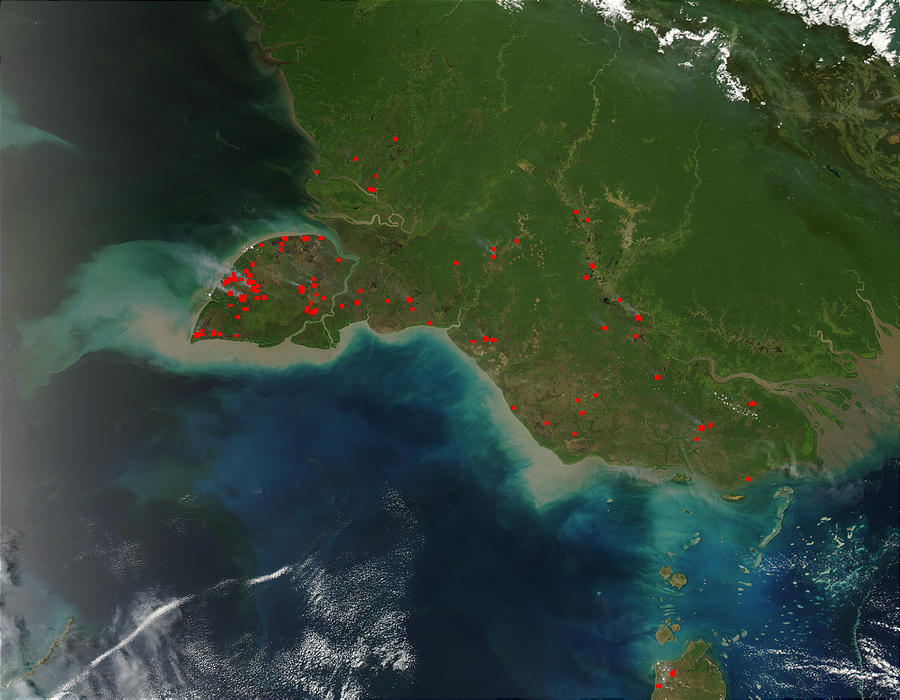 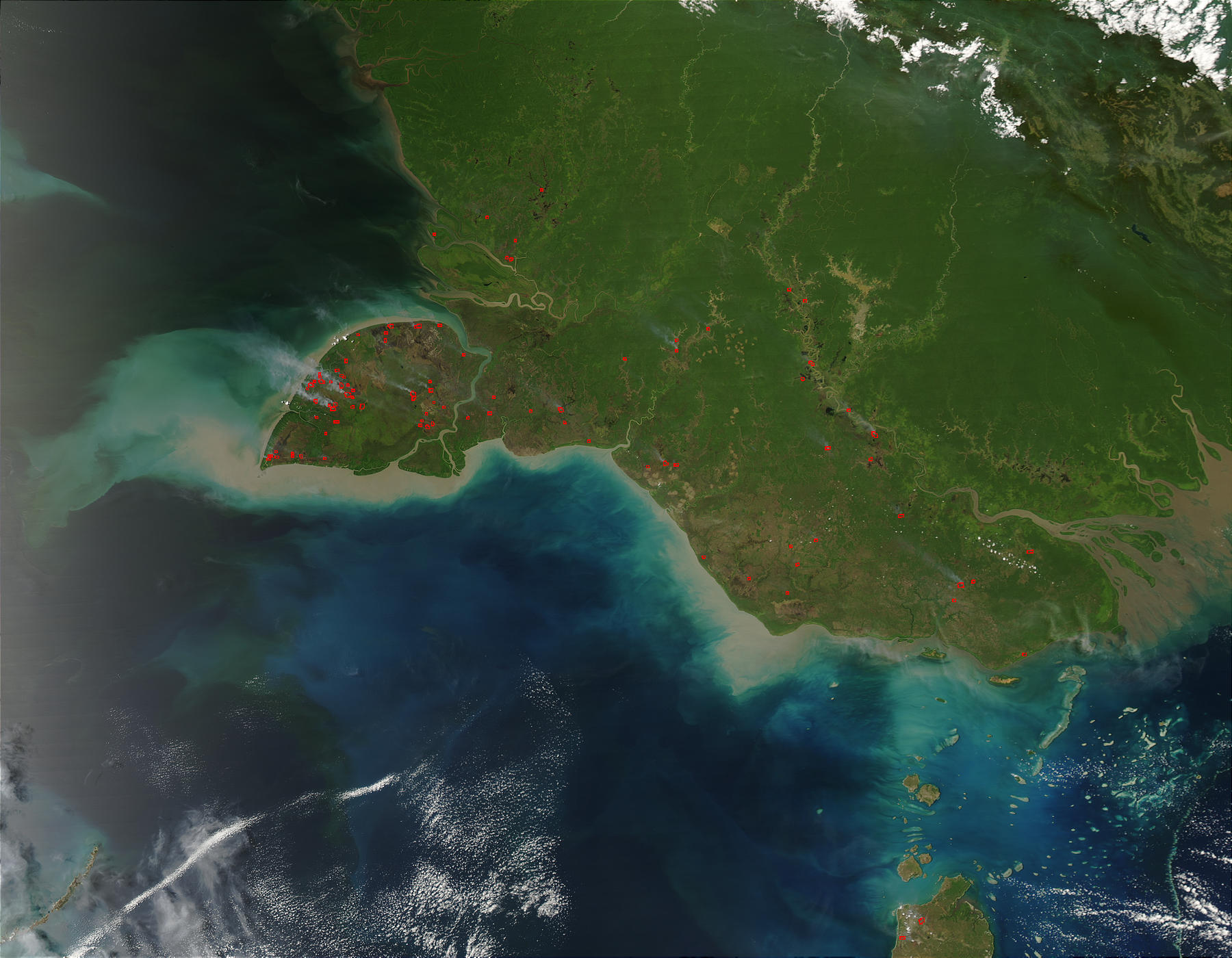 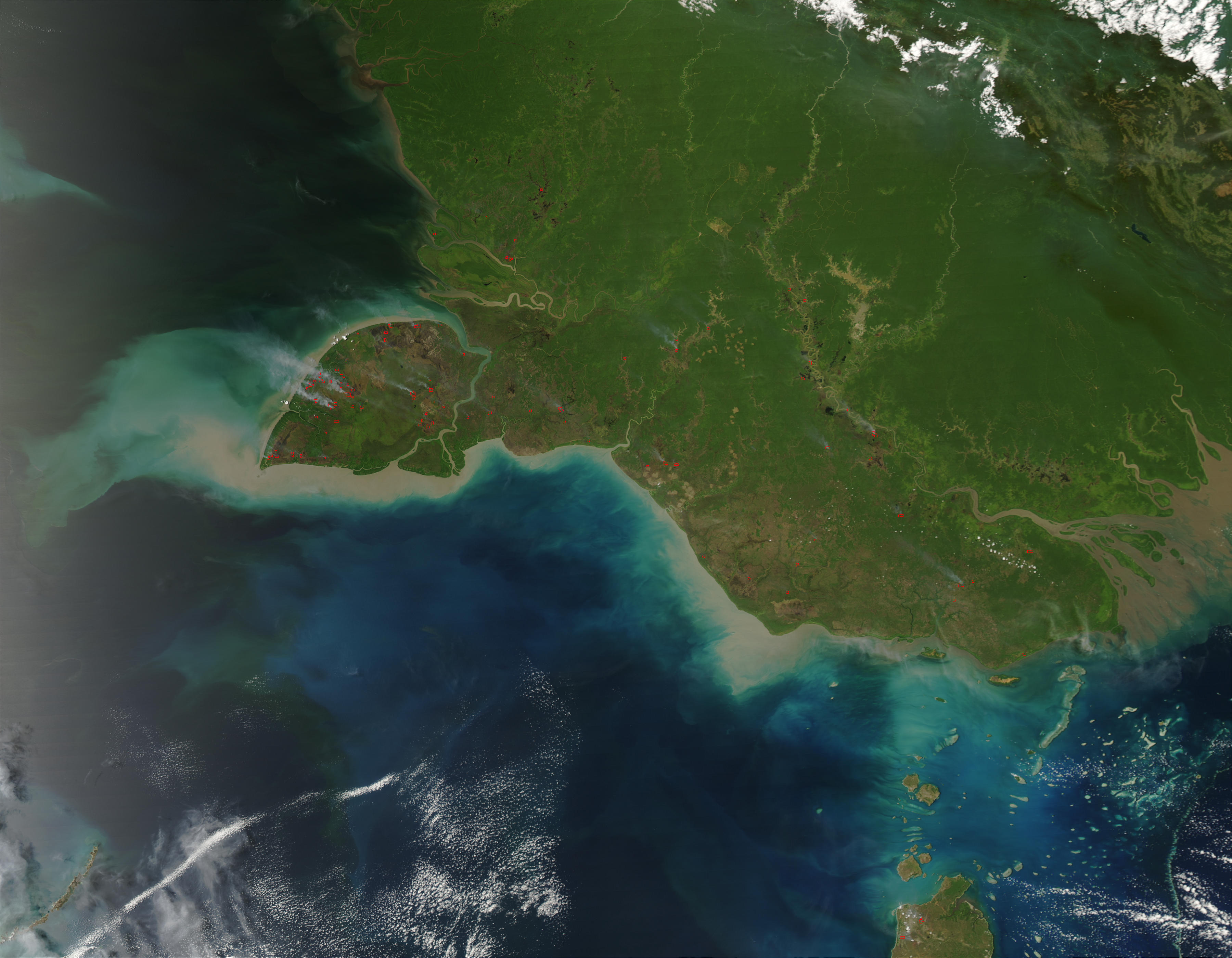 New Guinea sits between the Pacific Ocean to the north and the Arafura (east) and Coral (west) Seas to the south. The island is divided in half . the eastern side belonging to Indonesia, and the western side to Papua New Guinea. New Guinea is located along the Pacific Ocean “Rim of Fire,” an area known for active volcanoes, earthquakes, mudslides, and tsunamis. This true-color Aqua MODIS image was acquired October 6, 2002.

Fires on the island of New Guinea are burning mostly in the Pulau Dolak peninsula, though a number of them scattered throughout the mainland. Some of the fires’ smoke plumes are visible at 1-kilometer resolution, though more are visible in the higher 250-meter and 500-meter images. Pulau Dolak is separated from the mainland of Indonesian New Guinea by the Muli (northern) and Buaya (southern) Channels. Just north of the peninsula are the Obais (top) and Digul Yodom (bottom) Rivers. Five fires lie just north of the Obais River. Farther east, the Fly River flows into the Gulf of Papua. Visible to the north is the Victor Emanuel Range (top right corner), bordered by low clouds on the northern and southern edges.