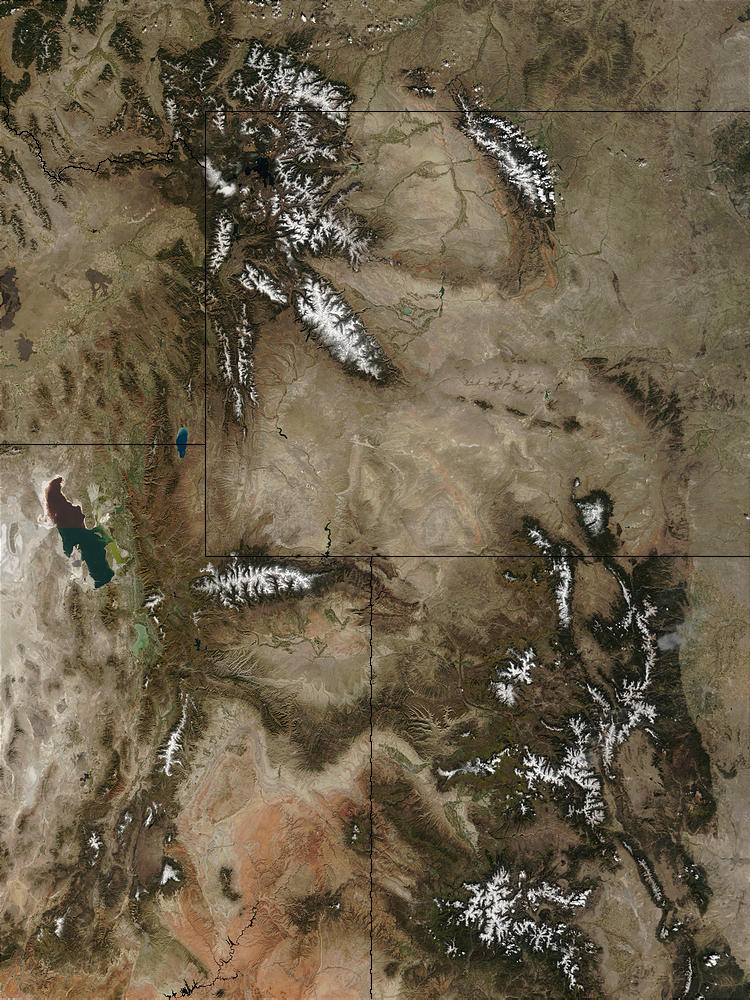 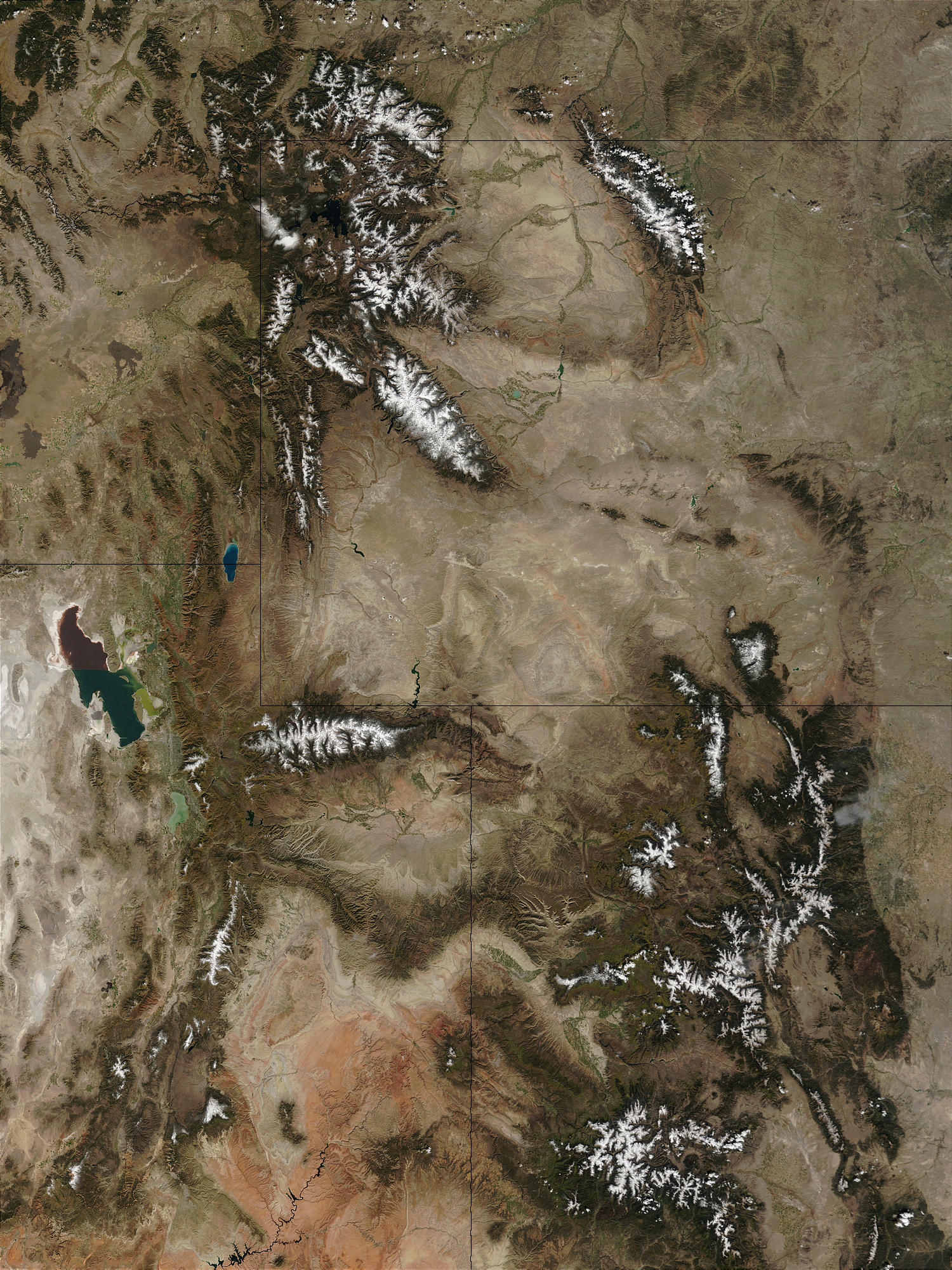 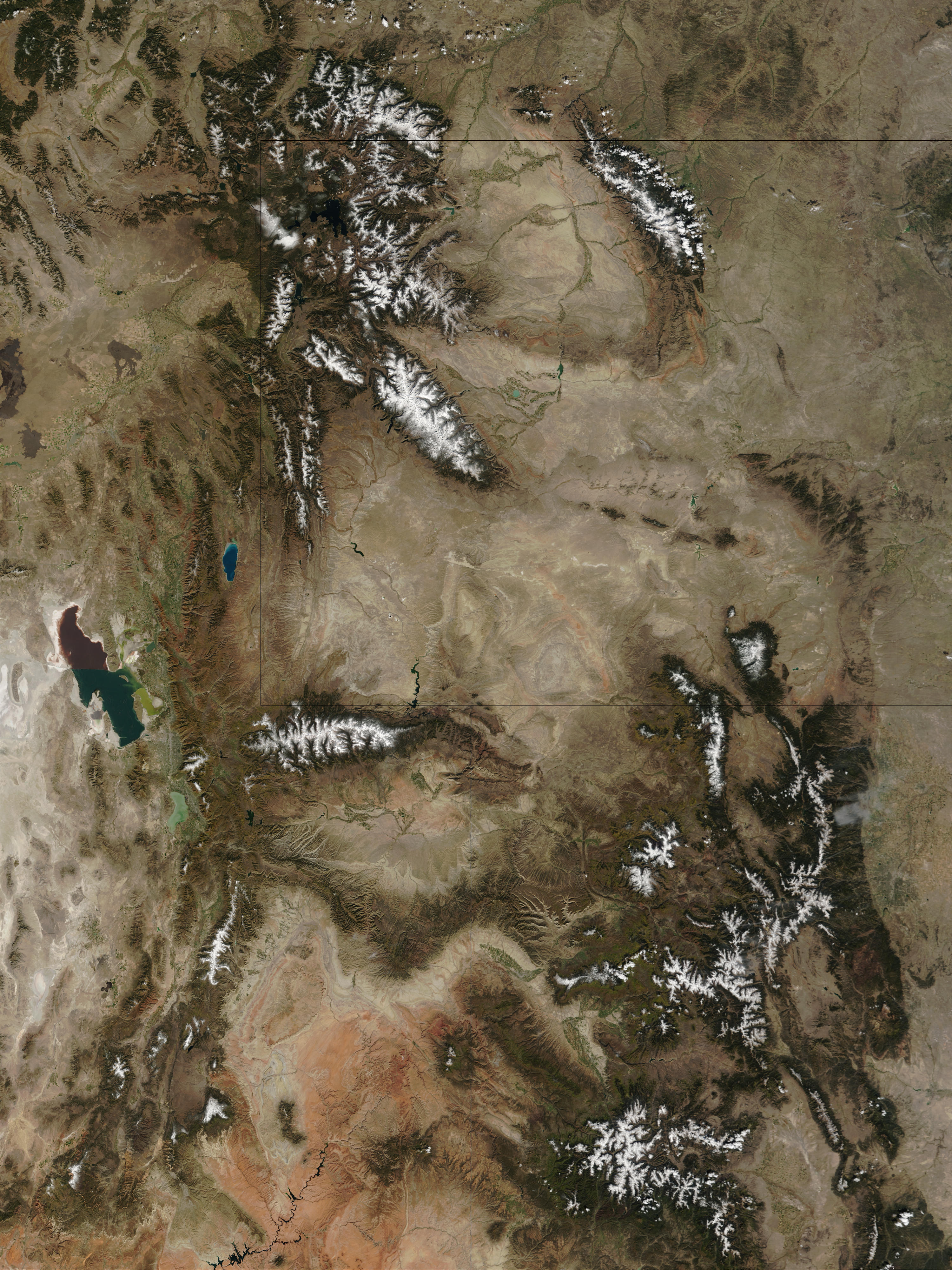 Snow in Wyoming, Colorado, and Utah

Snow dusts the mountains of (clockwise from top left) Idaho, Montana, Wyoming, Colorado, and Utah in this true-color Terra Moderate Resolution Imaging Spectroradiometer (MODIS) image acquired October 9, 2002. While the rest of the United States is moving more gradually toward winter weather, the upper reaches of the Rocky Mountains have jump-started the winter skiing season.

Also visible in the image is Utah’s Great Salt Lake (middle left edge). The northern half of the lake appears purple because of the unique salt-loving, aquatic bacteria living in the water. What causes such a dramatic division are railroad tracks that divide the lake in half and thus restrict the water’s circulation.Fresh water inlets are mainly in the south.