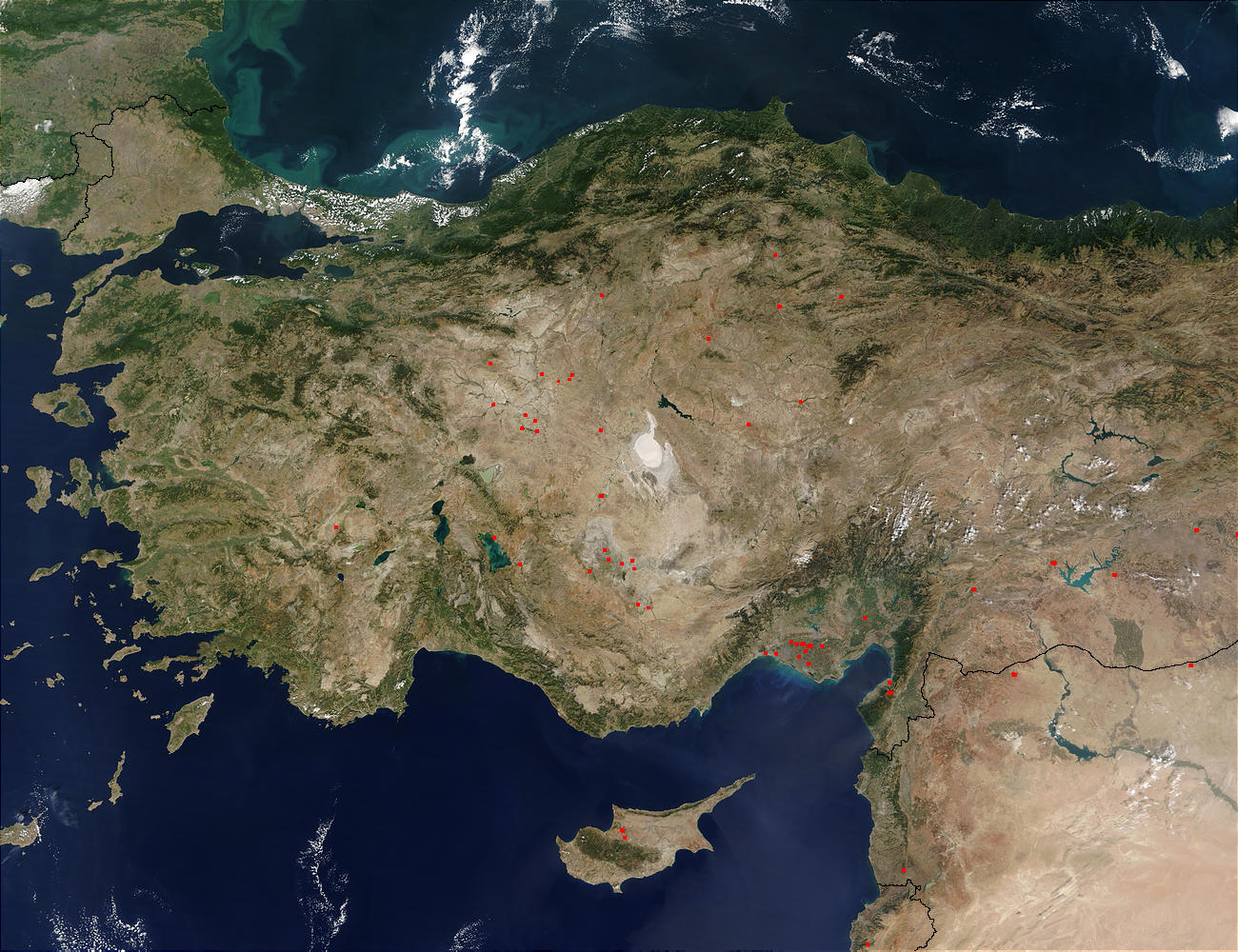 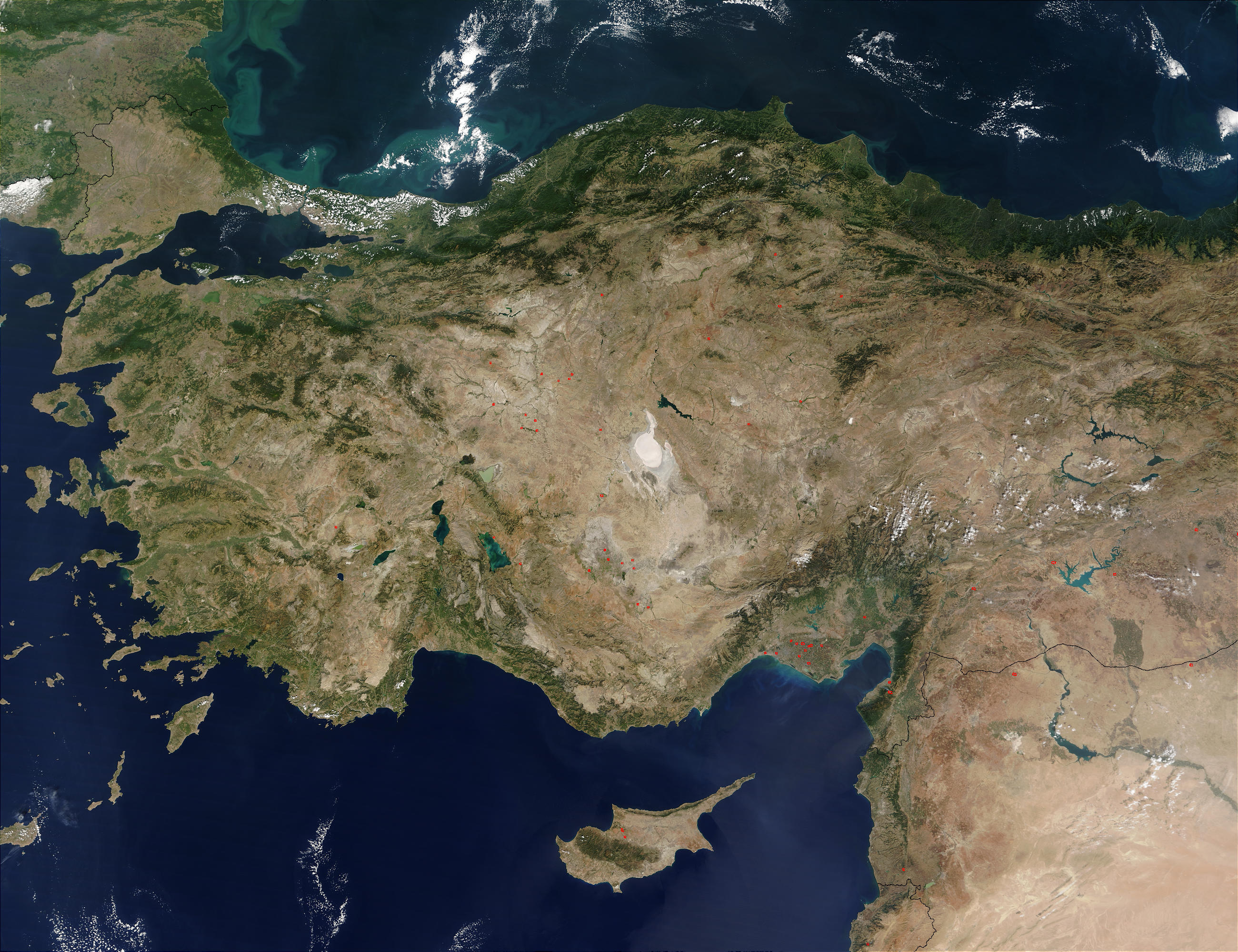 Scattered fires were burning in Turkey, Cyprus, Syria, and Lebanon on September 21, 2002. The fires, marked in red, are fairly small, and none show smoke plumes at the 1-kilometer, 500-meter, or 250-meter resolutions. Most of the fires are scattered throughout Turkey, with concentrations in the Adana region (lower middle right) and south of the dry Tuz GC6lC< lakebed (the white spot in central Turkey).

To the north of Turkey is the Black Sea. Swirling within its waters are blooms of phytoplankton, microscopic marine organisms that feed off of nutrients in the water and light from the sun to create energy and reproduce in great numbers. Just southwest of the Black Sea and separated by a narrow strip of land is the Marmara Denizi. This relatively small body of water connects the Black Sea to the Aegean Sea, shown on the left of the image. The islands off the western Turkish coast are the Dodecanese islands (there are over 160), which are part of Greece, and the large island south of Turkey in the Mediterranean Sea is Cyprus. To Turkey’s northwest are Bulgaria (top left corner) and Macedonia (between Bulgaria and Turkey), while to the southeast are Syria (bottom right corner) and Lebanon (bottom edge).