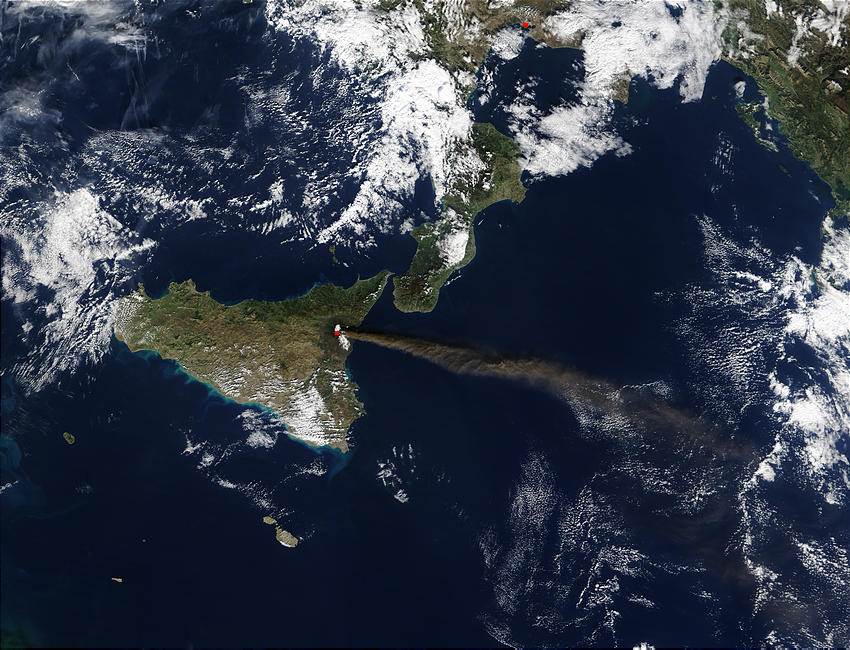 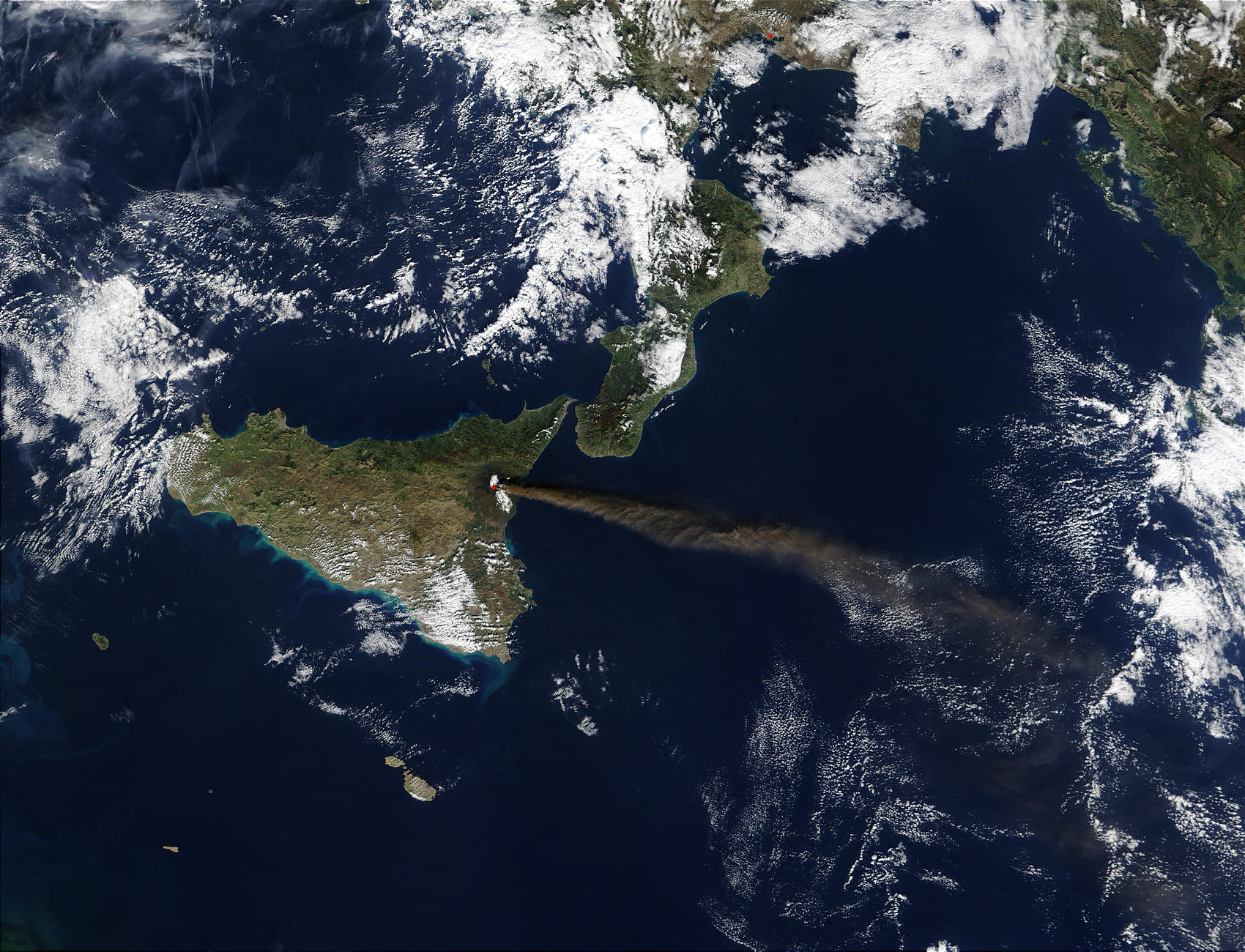 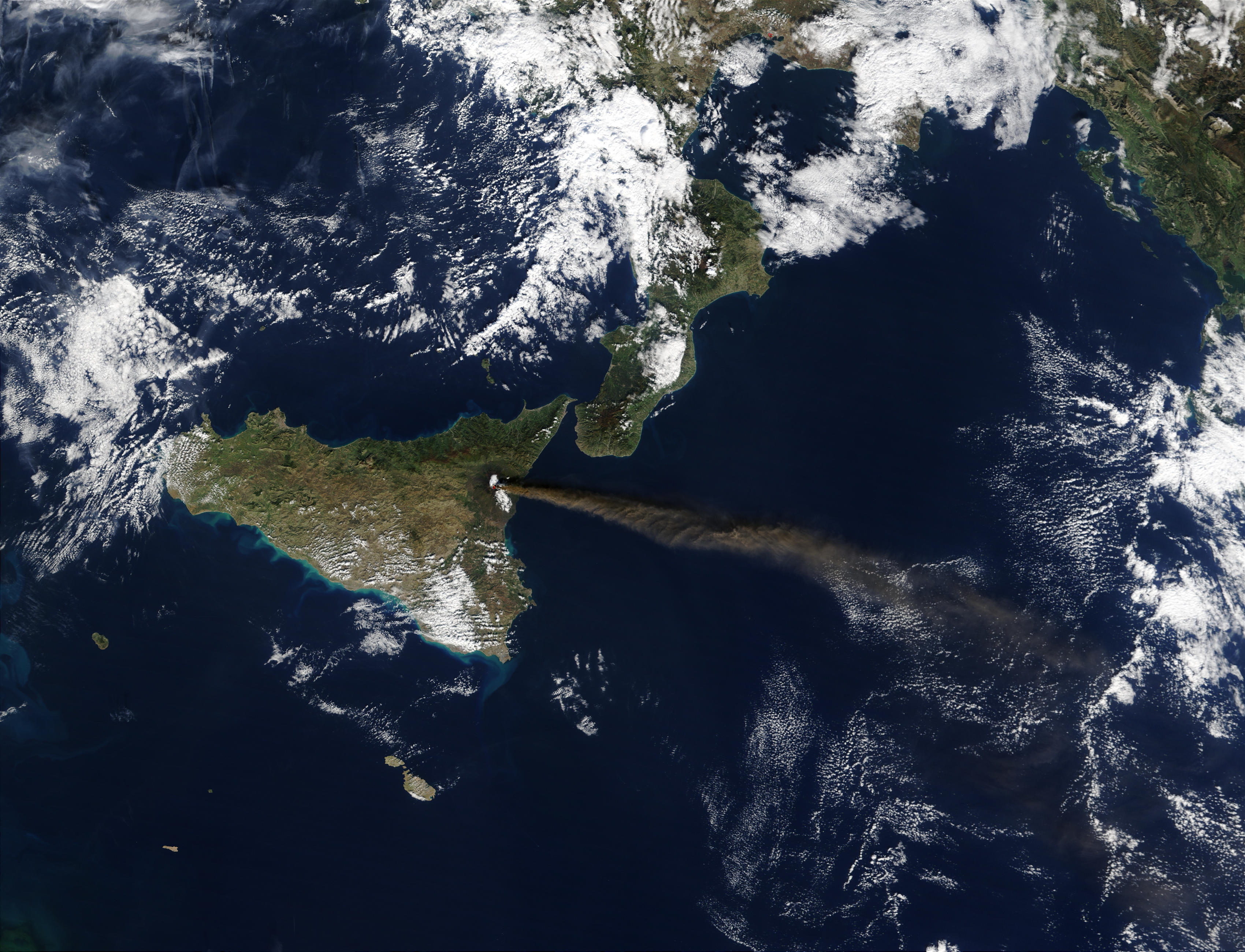 The plume of ash streaming from Mt. Etna varies with the wind. Only yesterday, it was blowing south, while today, November 12, 2002, it is blowing east. This true-color image was captured by the Moderate Resolution Imaging Spectroradiometer (MODIS) on the Terra satellite on November 12, 2002. Snow appears to have fallen on the northern flanks of the volcano.