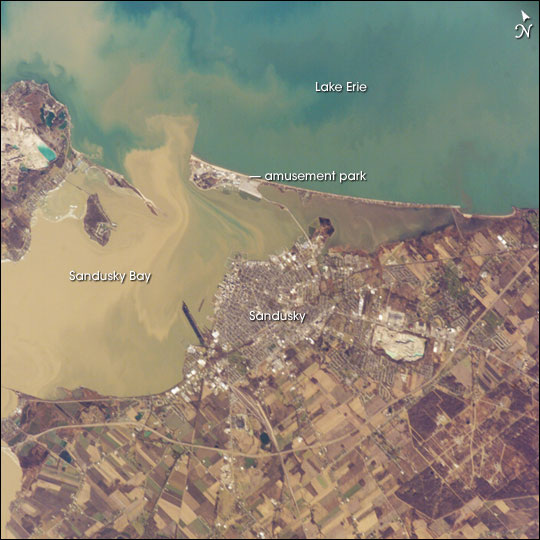 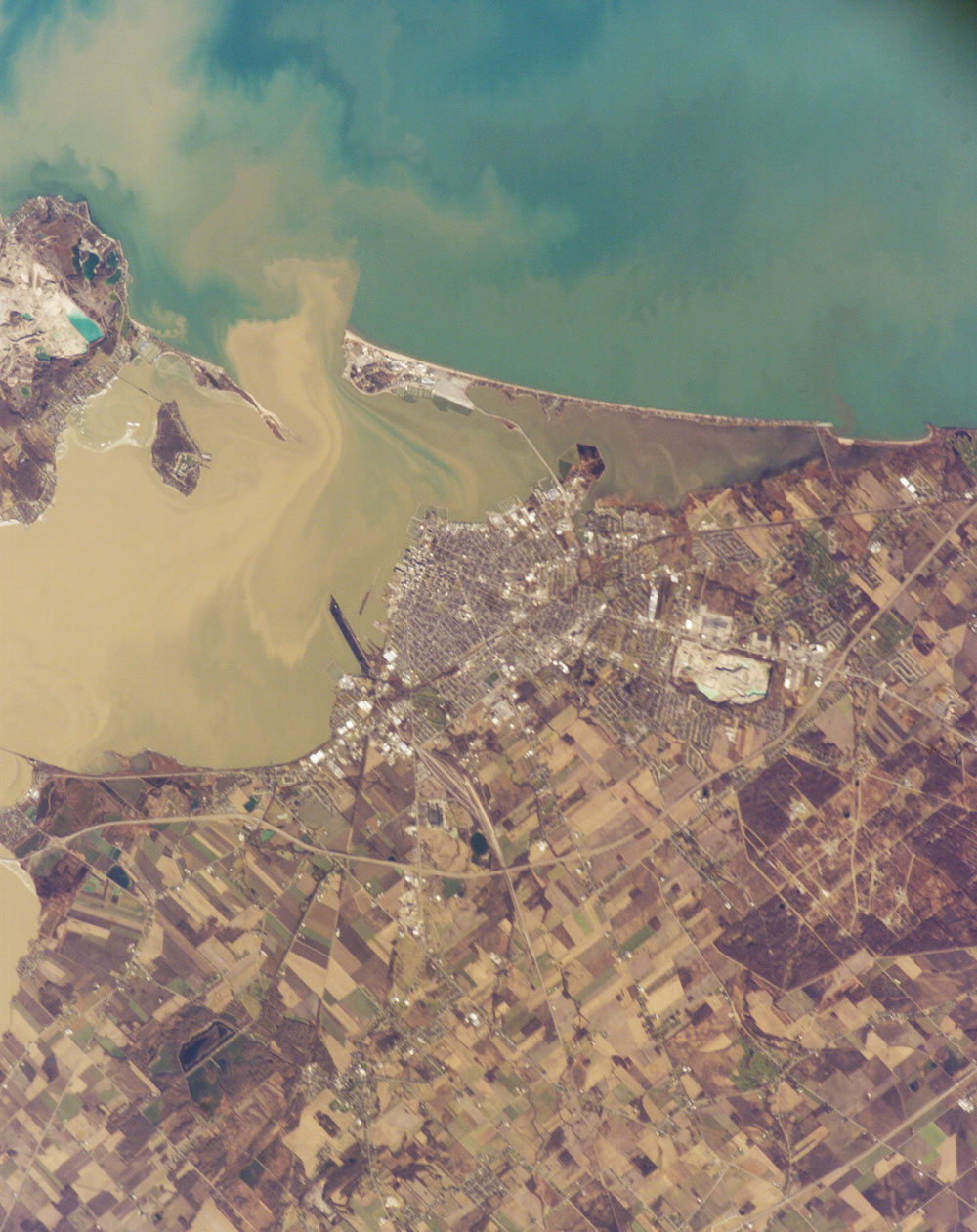 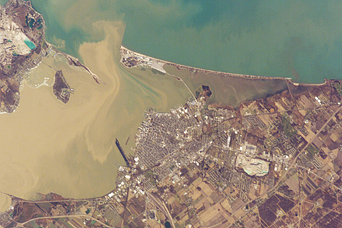 Muddy brown water fills Sandusky Bay, just south of Lake Erie in this astronaut photograph. The small city of Sandusky occupies the southeastern shore of the bay. The most striking aspect of this image is the flow of the brown water in and out of the mouth of the bay. Slight movement of lake surface water, driven mainly by wind, causes a small ebb and flow of bay water. Sediment-charged water is derived from agricultural fields along the Sandusky River upstream. Mud plumes in Lake Erie originate from prior pulses of muddy water from the bay. When this image was taken, some clear, lake water (blue-green strip) appeared to be flowing into the bay.

Astronaut photograph ISS012-E-15050 was acquired on January 12, 2006, with a Kodak 760C digital camera using a 400 mm lens, and is provided by the ISS Crew Earth Observations experiment and the Image Science & Analysis Group, Johnson Space Center. The image in this article has been cropped and enhanced to improve contrast, and camera lens artifacts have been removed. The International Space Station Program supports the laboratory to help astronauts take pictures of Earth that will be of the greatest value to scientists and the public, and to make those images freely available on the Internet. Additional images taken by astronauts and cosmonauts can be viewed at the NASA/JSC Gateway to Astronaut Photography of Earth.