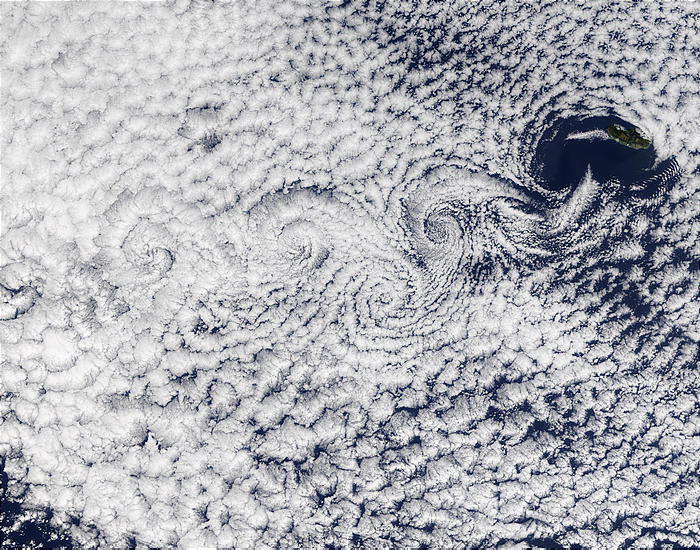 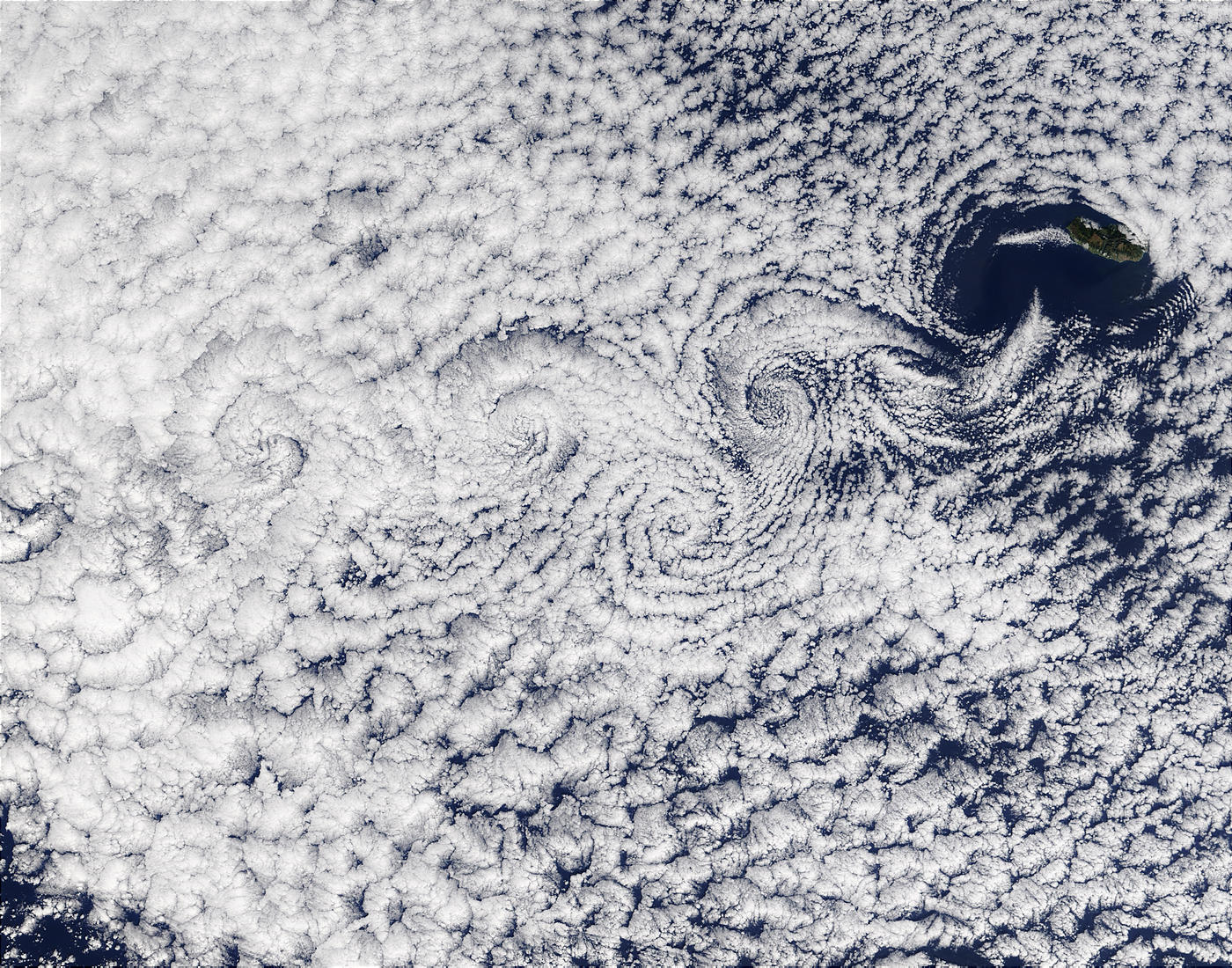 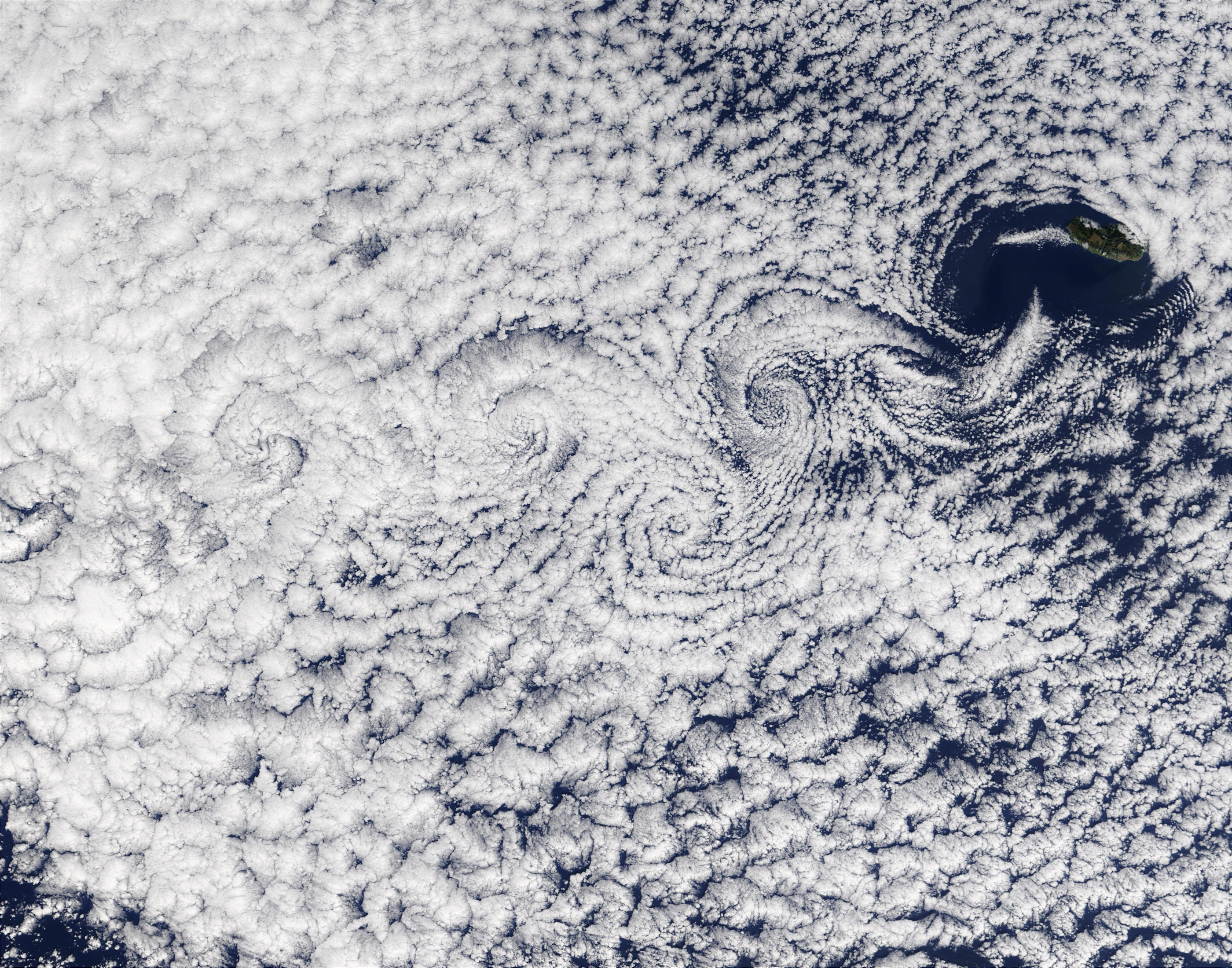 A vortex street streams slightly southeast of the Ilha da Madeira (Madeira Island) in this true-color Terra MODIS image acquired December 1, 2002. A vortex street forms when clouds over the ocean are disturbed by winds passing over land or other above-sea-surface obstacles, in this case the Ilha da Madeira. The southeastern movement of the low-level winds caused the clouds to line up in the same direction, called a street, and the wind’s passage over the islands caused the swirls, called vortices.

The particular kind of clouds forming the vortex street is referred to as “closed cell.” These cells, or parcels of air, often occur in roughly hexagonal arrays in a layer of air that behaves like a fluid (as often occurs in the atmosphere) and begins to convect due to heating at the base or cooling at the top. In these closed cell clouds, warm air is rising at their centers and sinking around the edges to create this honeycomb-like pattern.