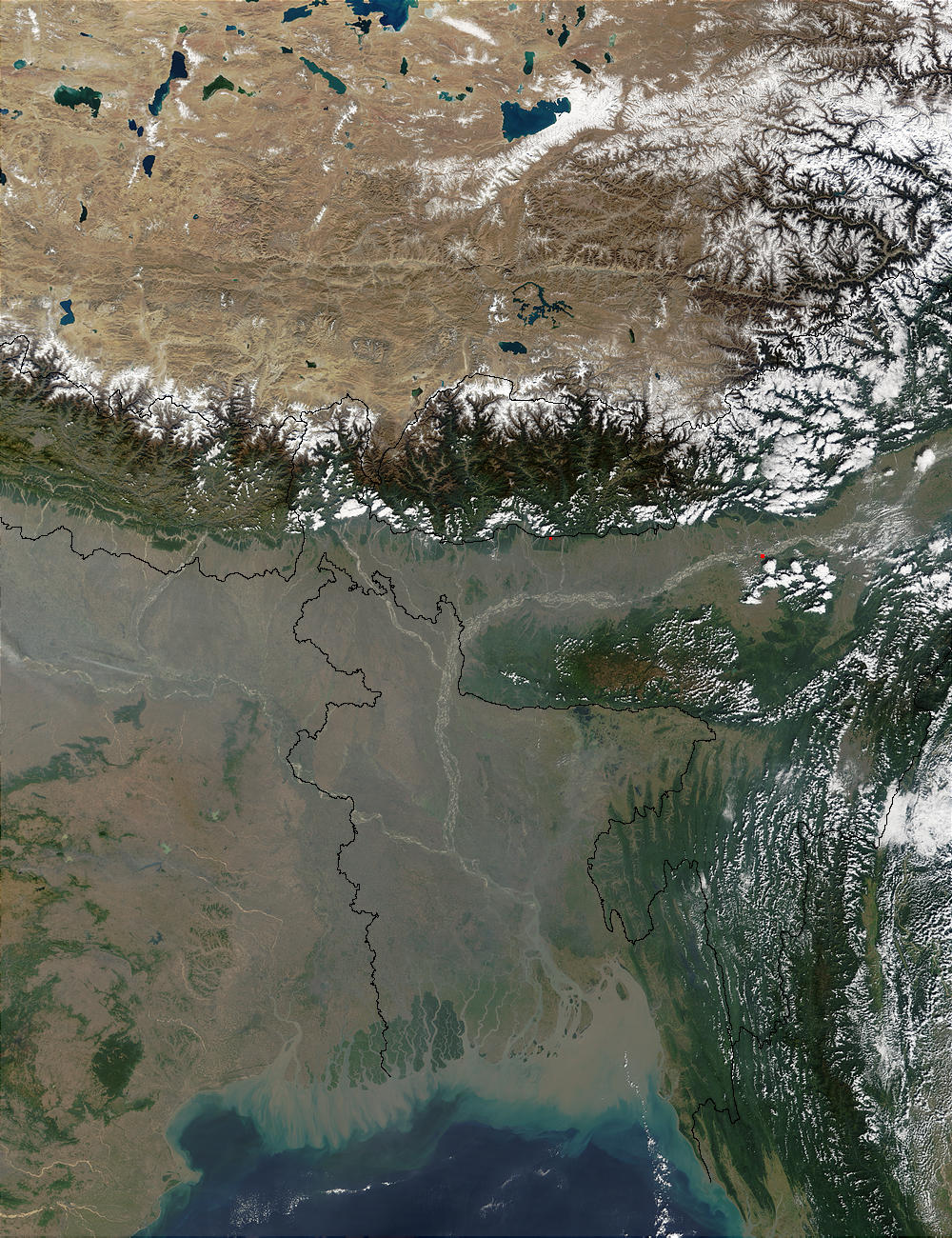 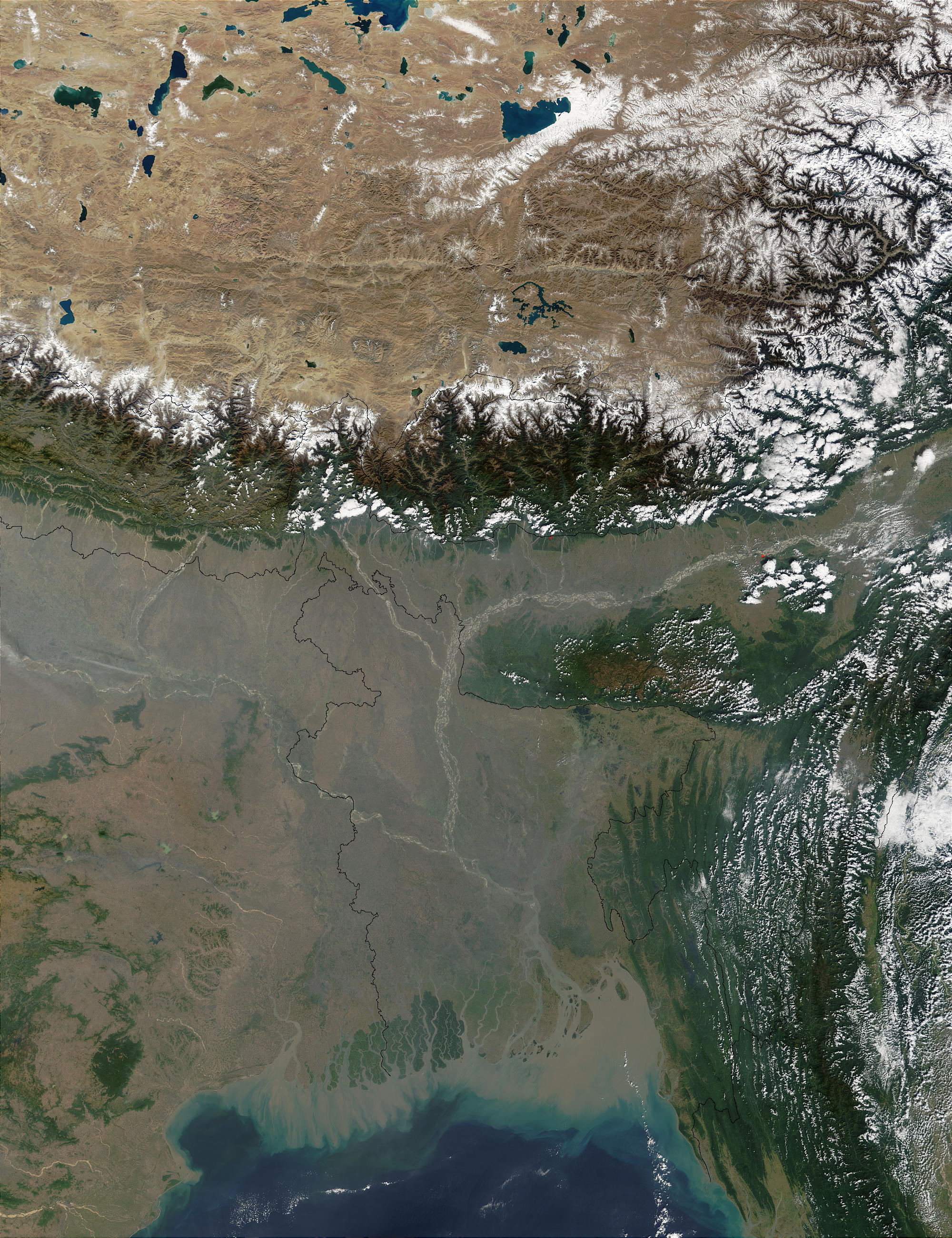 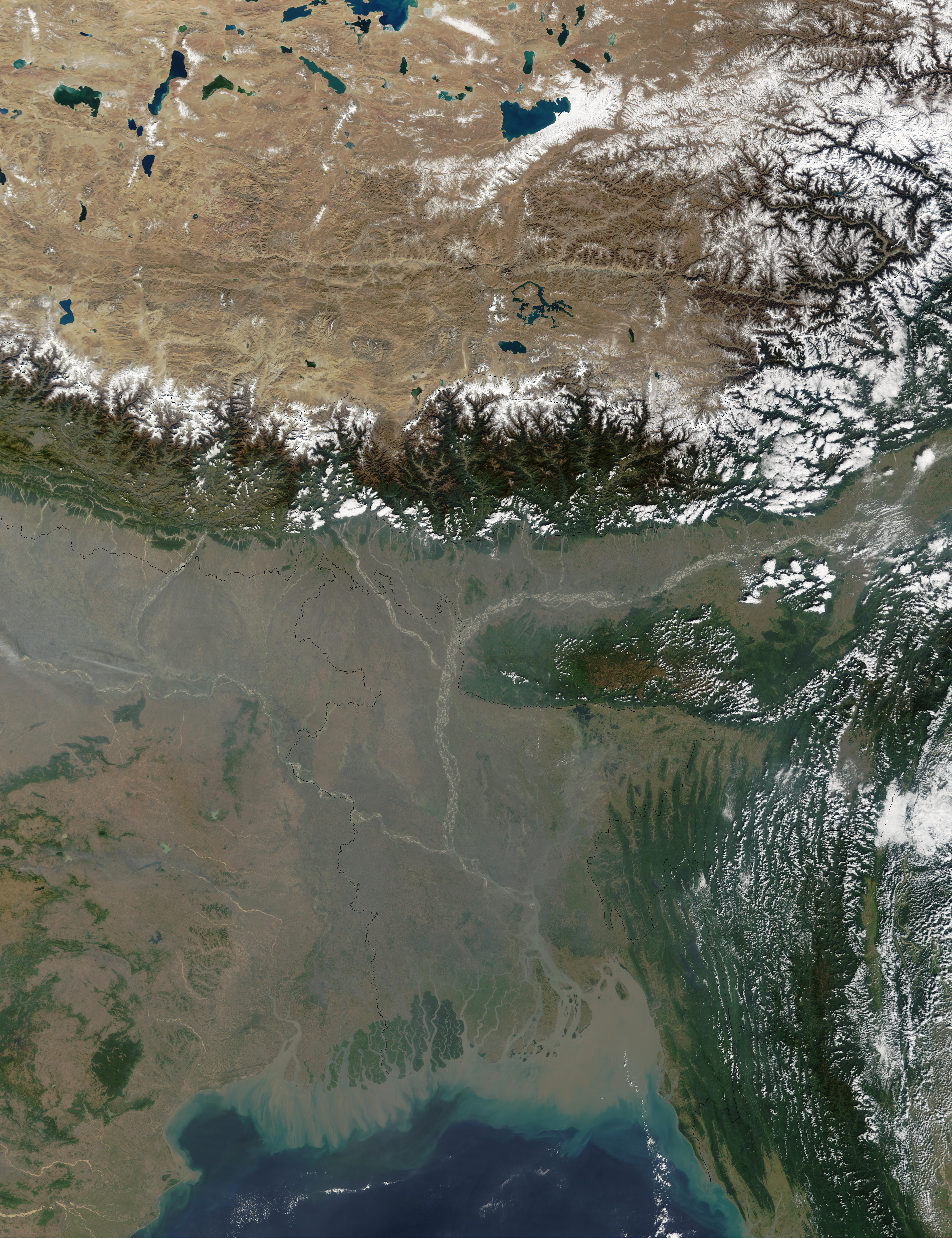 p>The Himalaya MountainRange serves as a barrier for air pollution shown in this true-color TerraMODIS image acquired December 2nd, 2002. To the north of the Himalayas,which appear dark brown, green, and white, is southwestern China’sTibetan Plateau (Qing Zang Gaoyuan). Straddling the Himalayas on thewestern side of the image is Nepal. To the immediate east of Nepal areabout 65 kilometers of the Indian Sikkim and West Bengal territories. Indian territories then curve southwest between Nepal and Bangladesh(bottom center), and southeast between Bhutan (right of center) andBangladesh. On the southeastern edge of the image is Myanmar, mostlycovered in low clouds.

Air pollution is a serious problem the world over, but is especiallynoticeable in this area of central and south Asia. It worsens the qualityof life, contributes to cloud acidification and global climate change, and can affect crop productivity, forest growth, biodiversity, buildings, and cultural monuments. In this image, air pollution appears as agrayish-blue pall most concentrated over India and Bangladesh, though italso extends into southern Nepal, southern Bhutan, and westernMyanmar.

MODIS also detected two small fires, marked in red, in this scene; one on the southern border of Bhutan with eastern India, and the other ineastern India northwest of upper Myanmar. Although fires do contribute toair pollution by way of smoke and ash, these fires have no visible smokeplumes and are much too small to contribute much to regional airpollution.