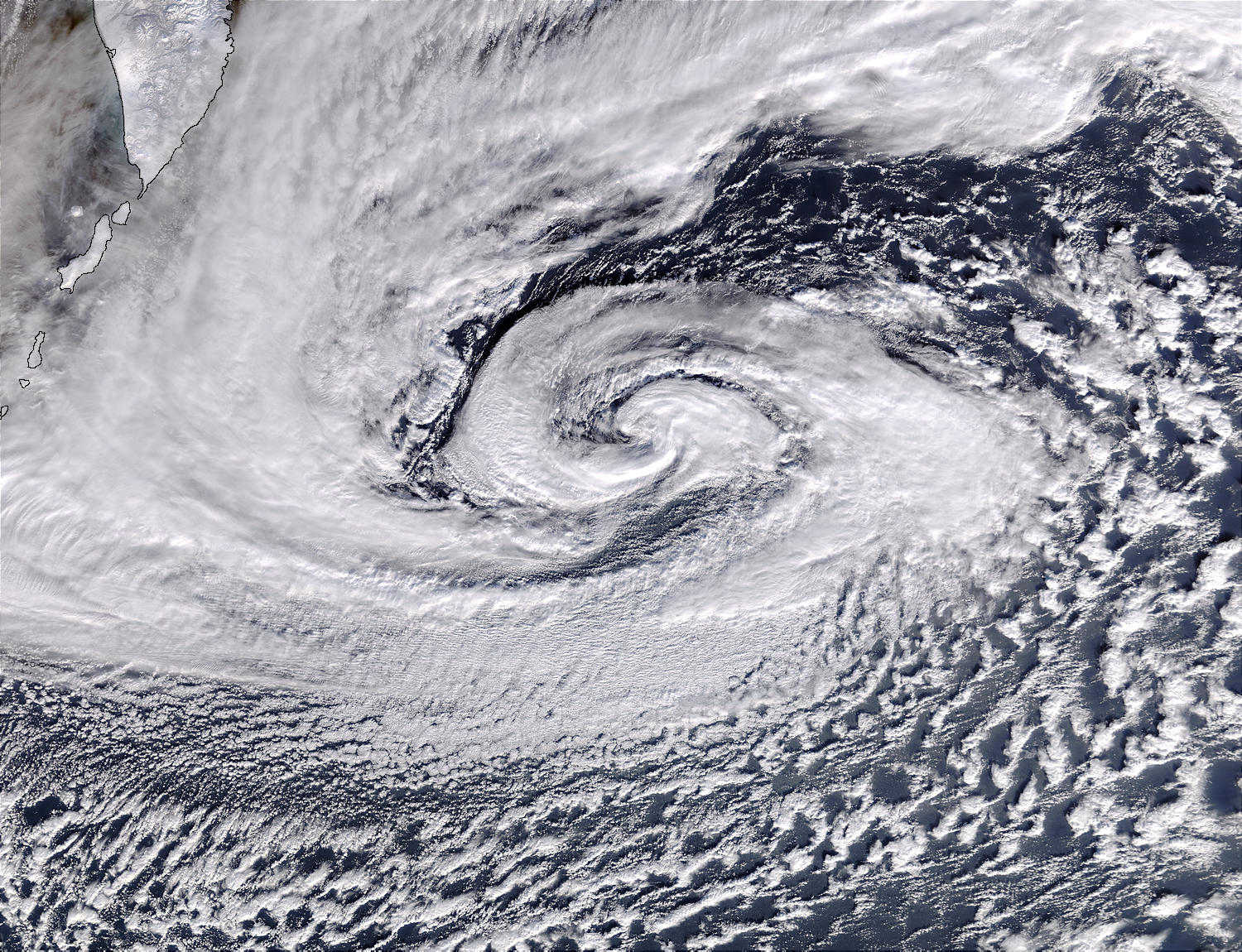 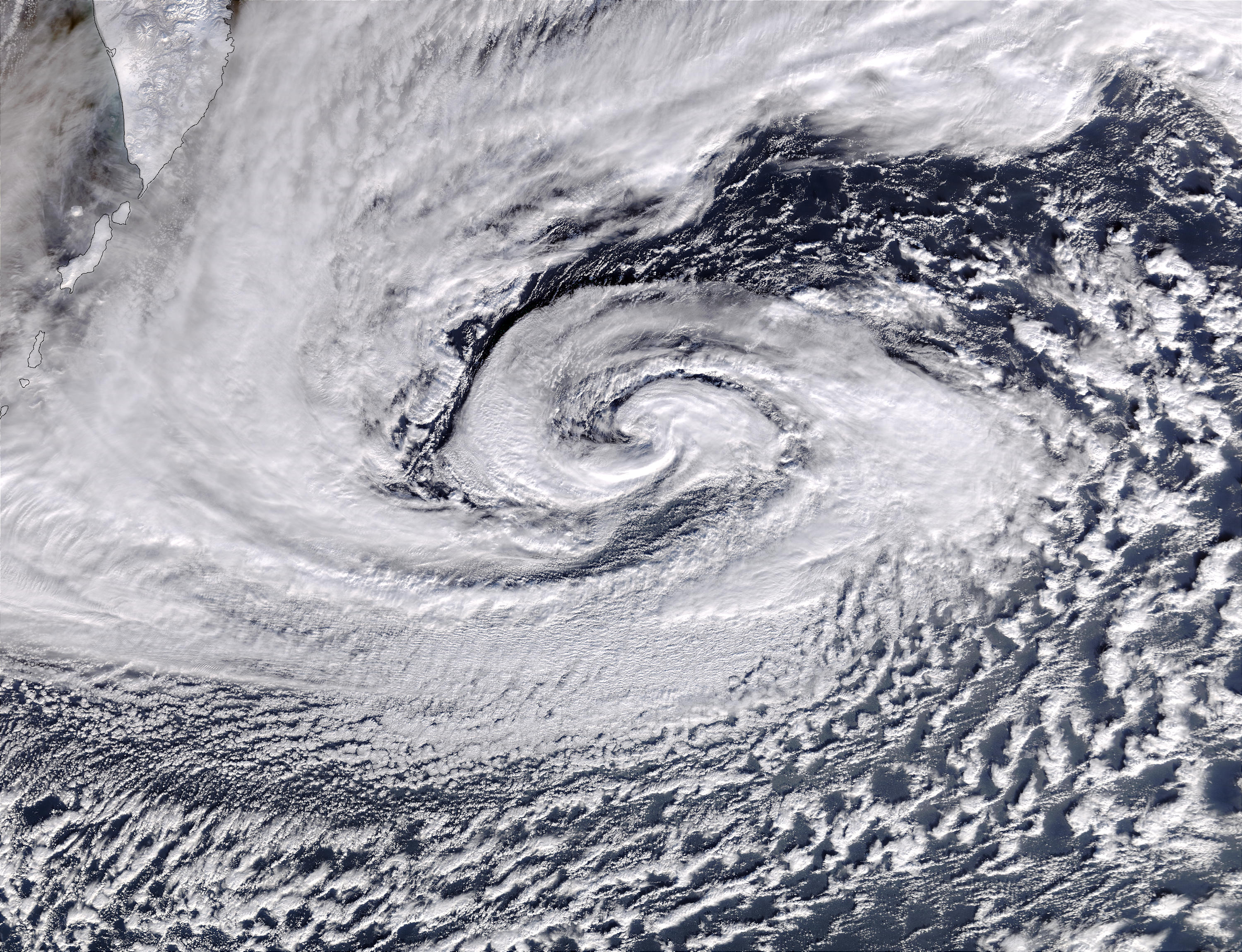 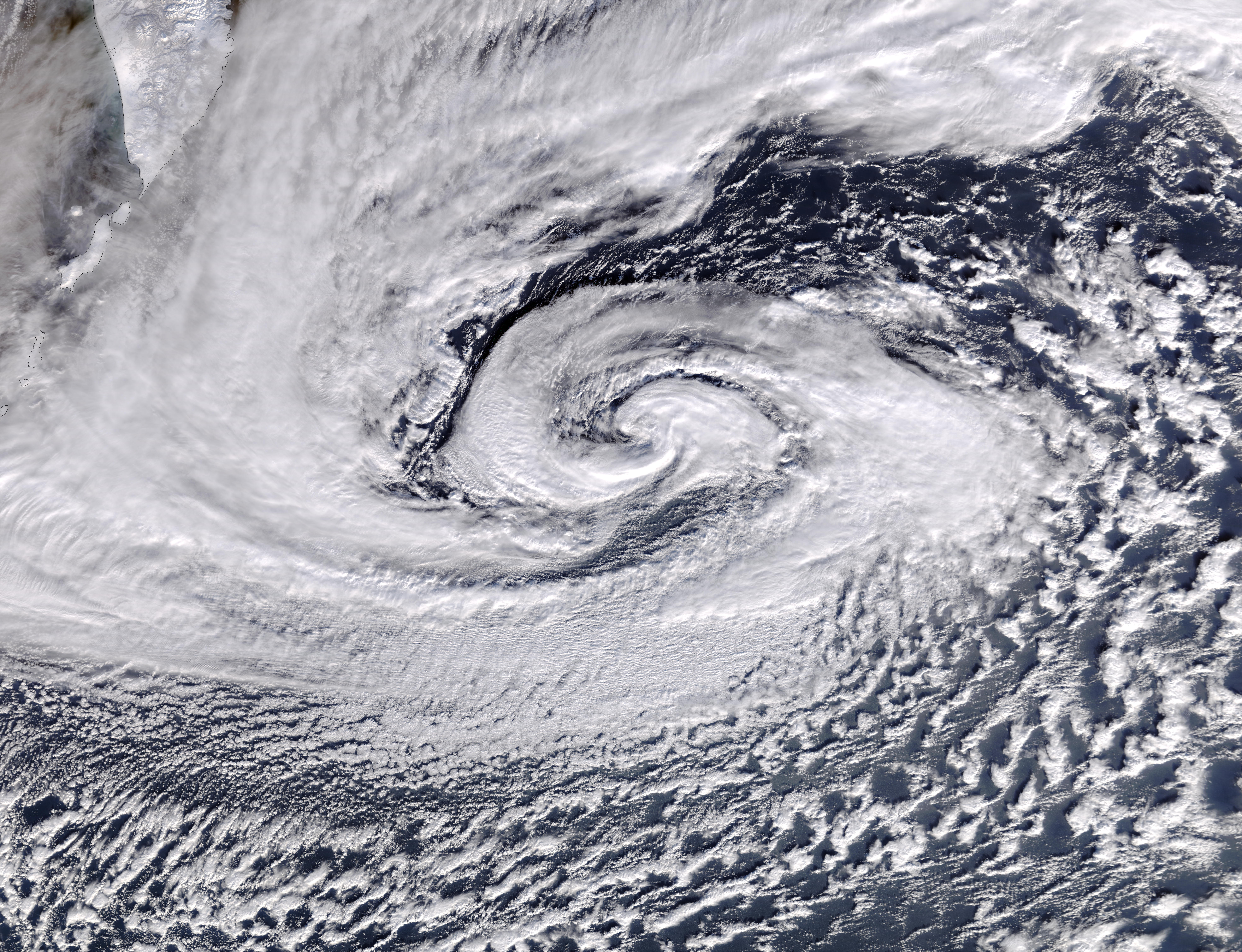 On December 12, 2002, a strong low-pressure system could be seen whirling away just south of Kamchatka Peninsula and the Aleutian Islands in the northwestern Pacific. The above true-color image of the low-pressure system was acquired by the Moderate Resolution Imaging Spectroradiometer (MODIS) instrument, flying aboard NASA’s Terra spacecraft. The tip of the peninsula can be seen in the upper left-hand corner of the image.