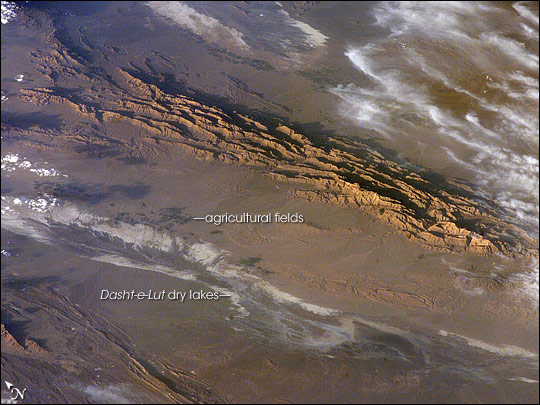 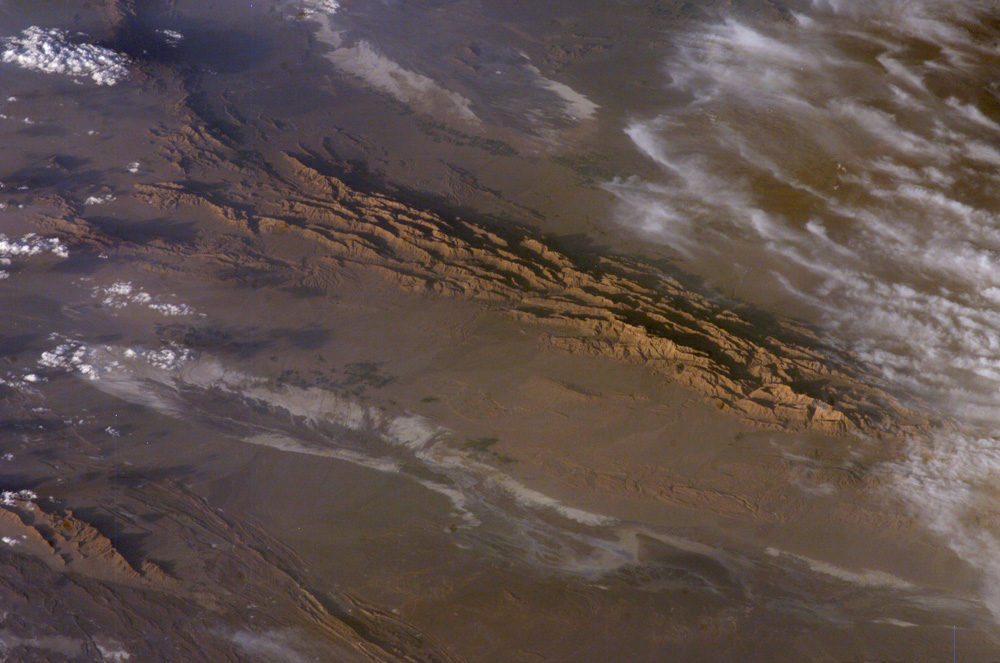 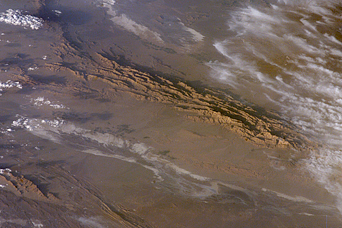 An International Space Station crew member took this striking photograph one evening in late February, 2006. The image takes advantage of the Sun’s low angle to reveal linear geological structures of the Iranian mountain range bordering the western edge of the basin known as Dasht-e-Lut. The range rises 1,818 meters (6,000 feet) above sea level and lies 750 kilometers (466 miles) north of the Persian Gulf. The convoluted appearance results from erosion of folded and faulted rocks—softer rocks erode away quickly, leaving more resistant rock to form linear ridges that are perpendicular to the direction of compression.

Astronaut photograph ISS012-E-18779 was acquired February 28, 2006, with a Kodak 760C digital camera using an 180 mm lens, and is provided by the ISS Crew Earth Observations experiment and the Image Science & Analysis Group, Johnson Space Center. The image in this article has been cropped and contrast enhanced; lens artifacts have also been removed. The International Space Station Program supports the laboratory to help astronauts take pictures of Earth that will be of the greatest value to scientists and the public, and to make those images freely available on the Internet. Additional images taken by astronauts and cosmonauts can be viewed at the NASA/JSC Gateway to Astronaut Photography of Earth.