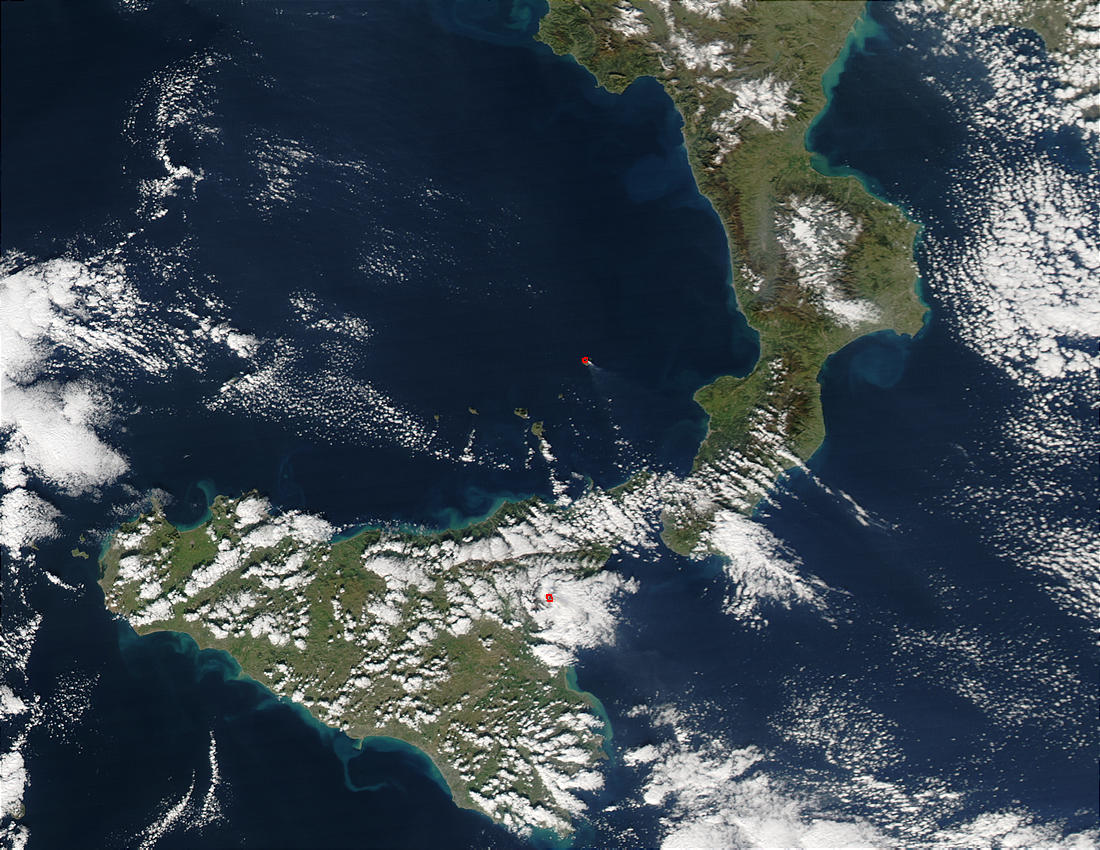 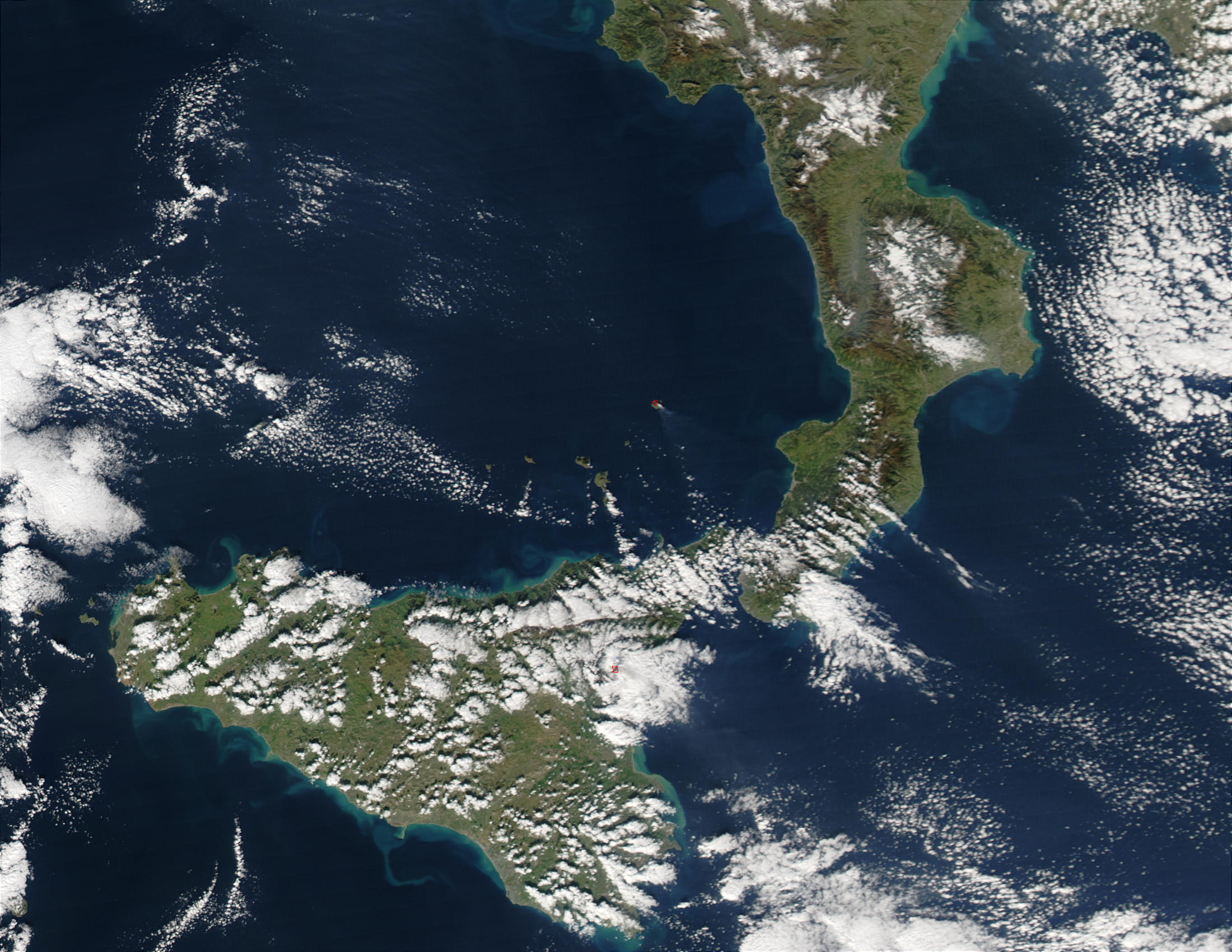 Situated on one of Italy’s Aeolian Islands due north of Sicily, the Stromboli Volcano began another of its recurrent eruptions on Dec. 28, 2002. Seismologists have recorded increasing activity within Stromboli since May 2002. On Nov. 15 a small amount of lava began to flow from one of its summit craters.

These true-color images of Stromboli were acquired in late Dec. 2002 and January 2003 by the Moderate Resolution Imaging Spectroradiometer (MODIS), aboard the Aqua and Terra satellites.The red outline shows the hot crater where lava has been flowing. Stromboli is one of the most active volcanoes on Earth and has been erupting off and on for about 2,000 years.