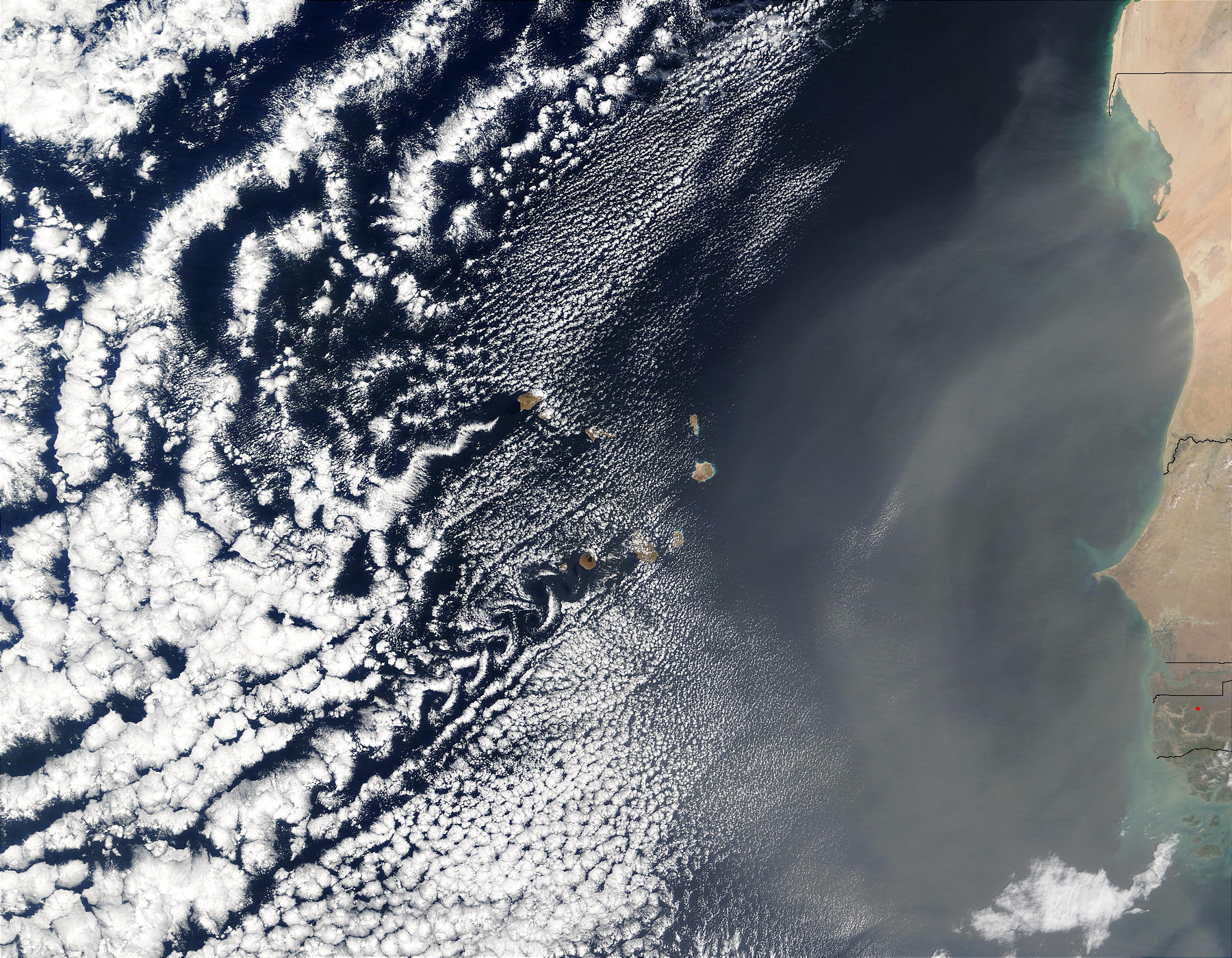 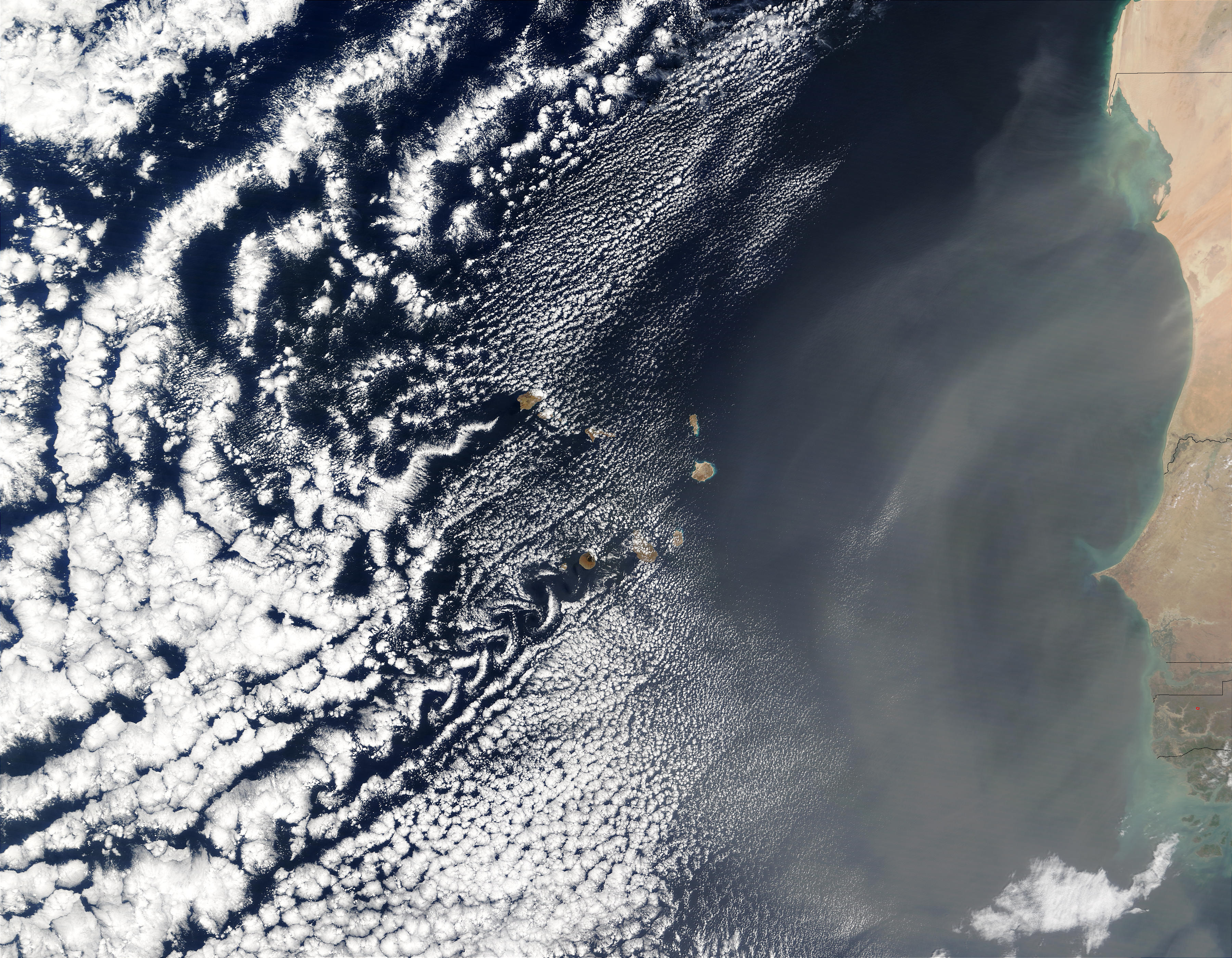 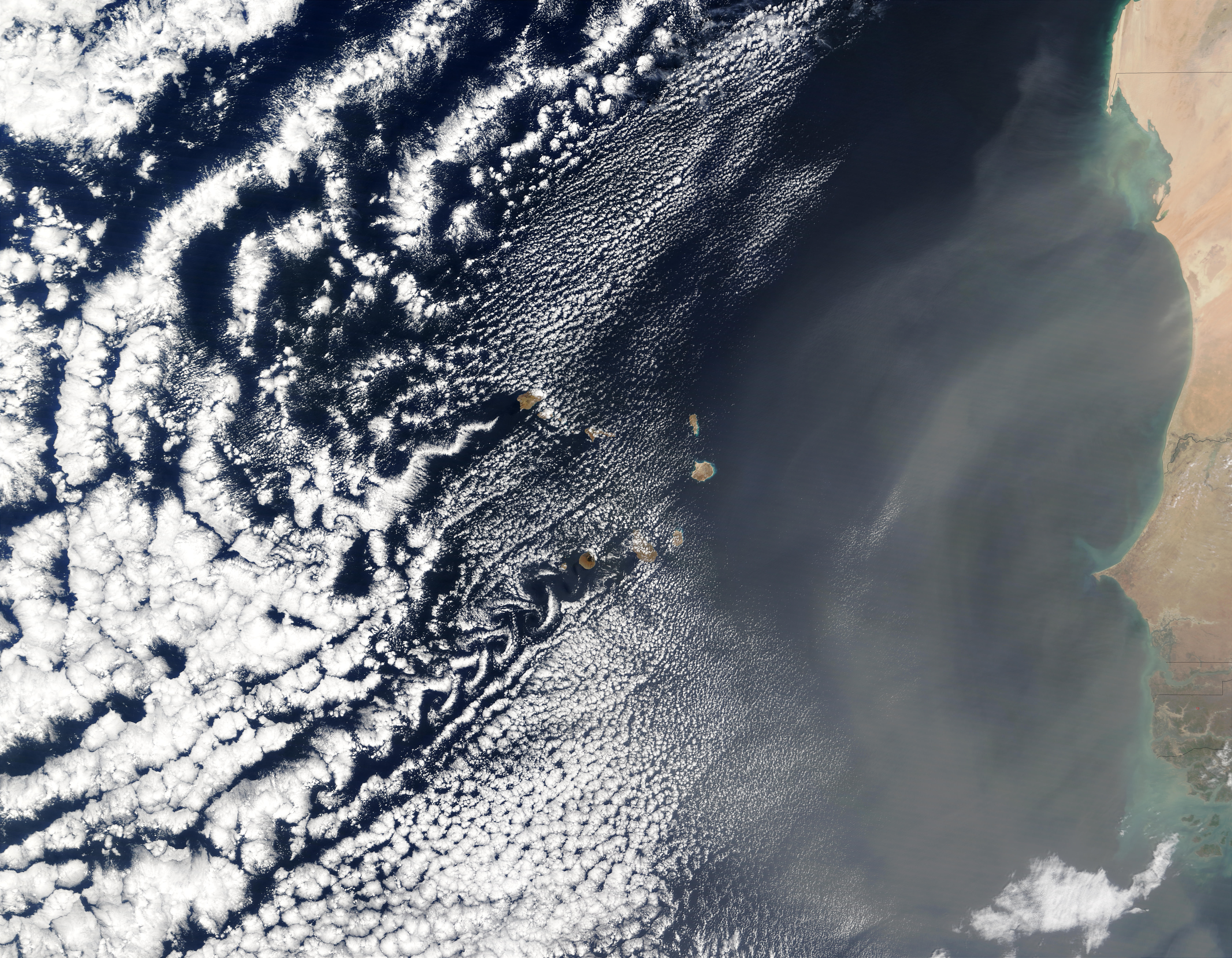 Dust blows out over the Atlantic Ocean off of western North Africa and reaches to the Cape Verde Islands in this true-color Terra MODIS image from January 18, 2003. The dust appears as a light tan veil over the land and water, slightly blurring everything underneath. Even so, MODIS was able to "see" through the dust and detect a fire (lower right edge), marked in red, in southern Senegal just below the southern border of The Gambia.

On the left side of the image, past the reach of the dust cloud, white water-clouds form interesting patterns as they move with the wind. The low-level winds moving over the Cape Verde Islands create vortex streets in the clouds, which look like lines of swirls and curves moving toward the southwest. The term "streets" refers to the wind lining the clouds up in the same direction, and "vortices" refers to the patterns formed when the winds move around the islands.

Also visible is a bank of closed-cell clouds at the bottom left in the image. These cells, or parcels of air, often occur in roughly hexagonal arrays in a layer of air that behaves like a fluid (as often occurs in the atmosphere) and begins to convect due to heating at the base or cooling at the top. In these closed cell clouds, warm air is rising at their centers and sinking around the edges to create this honeycomb-like pattern.