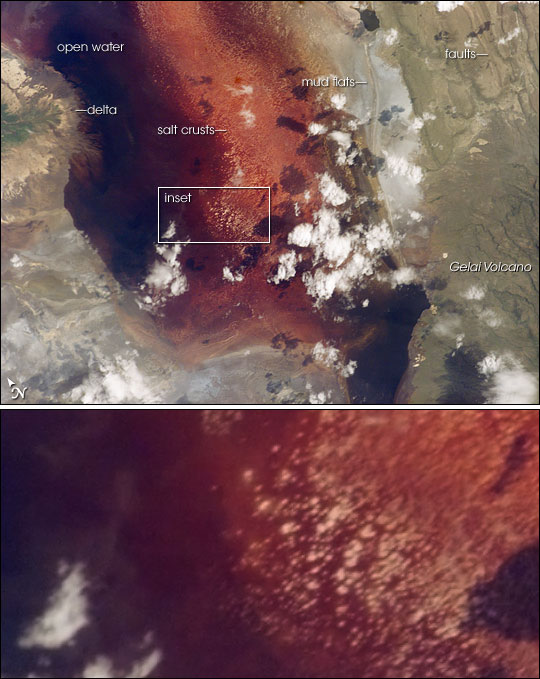 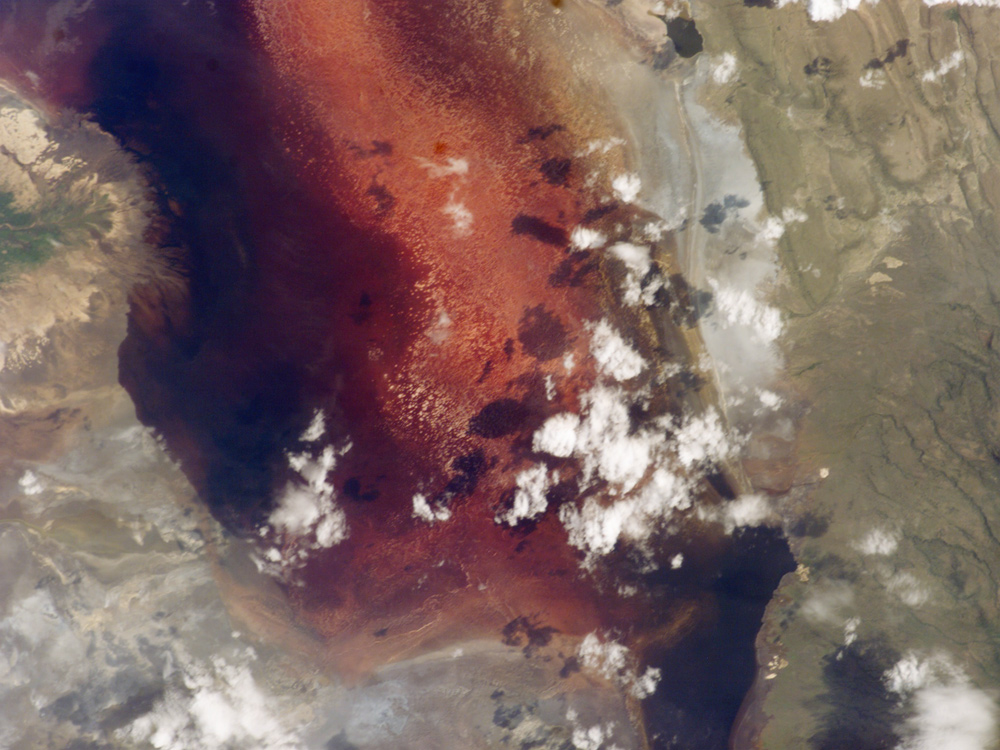 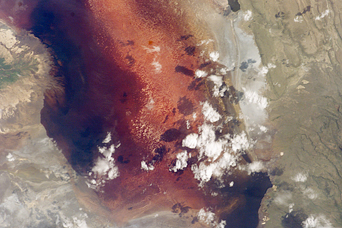 If Lake Natron, in Africa’s Great Rift Valley, had a color theme, it would be pink. The alkali salt crust on the surface of the lake is often colored red or pink by the salt-loving microorganisms that live there. Also, the lake is the only breeding area for the 2.5 million Lesser Flamingoes that live in the valley. These flamingoes flock along saline lakes in the region, where they feed on Spirulina, a blue-green algae with red pigments. This mosaic of photographs of the southern portion of Lake Natron shows the largest open lagoon area, and island mud flat, and a large area of pink salt crust. The colors show the actual colors viewed by the astronauts. Each time the lake is photographed, there are differences in the pattern of its salt crust, and the red colors of the blue-green algae and bacteria on the surface of the crust.

Astronaut photograph ISS012-E-20456 was acquired March 15, 2006, with a Kodak 760C digital camera using a 400 mm lens, and is provided by the ISS Crew Earth Observations experiment and the Image Science & Analysis Group, Johnson Space Center. The image in this article has been cropped and enhanced to improve contrast. The International Space Station Program supports the laboratory to help astronauts take pictures of Earth that will be of the greatest value to scientists and the public, and to make those images freely available on the Internet. Additional images taken by astronauts and cosmonauts can be viewed at the NASA/JSC Gateway to Astronaut Photography of Earth.