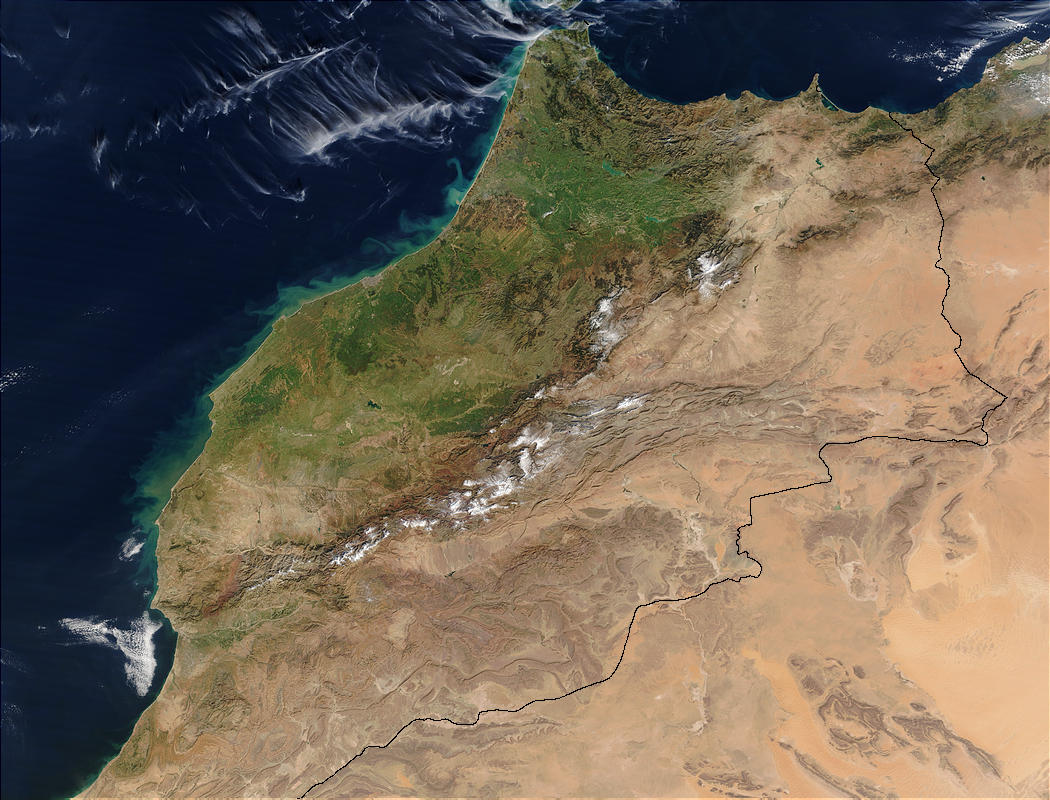 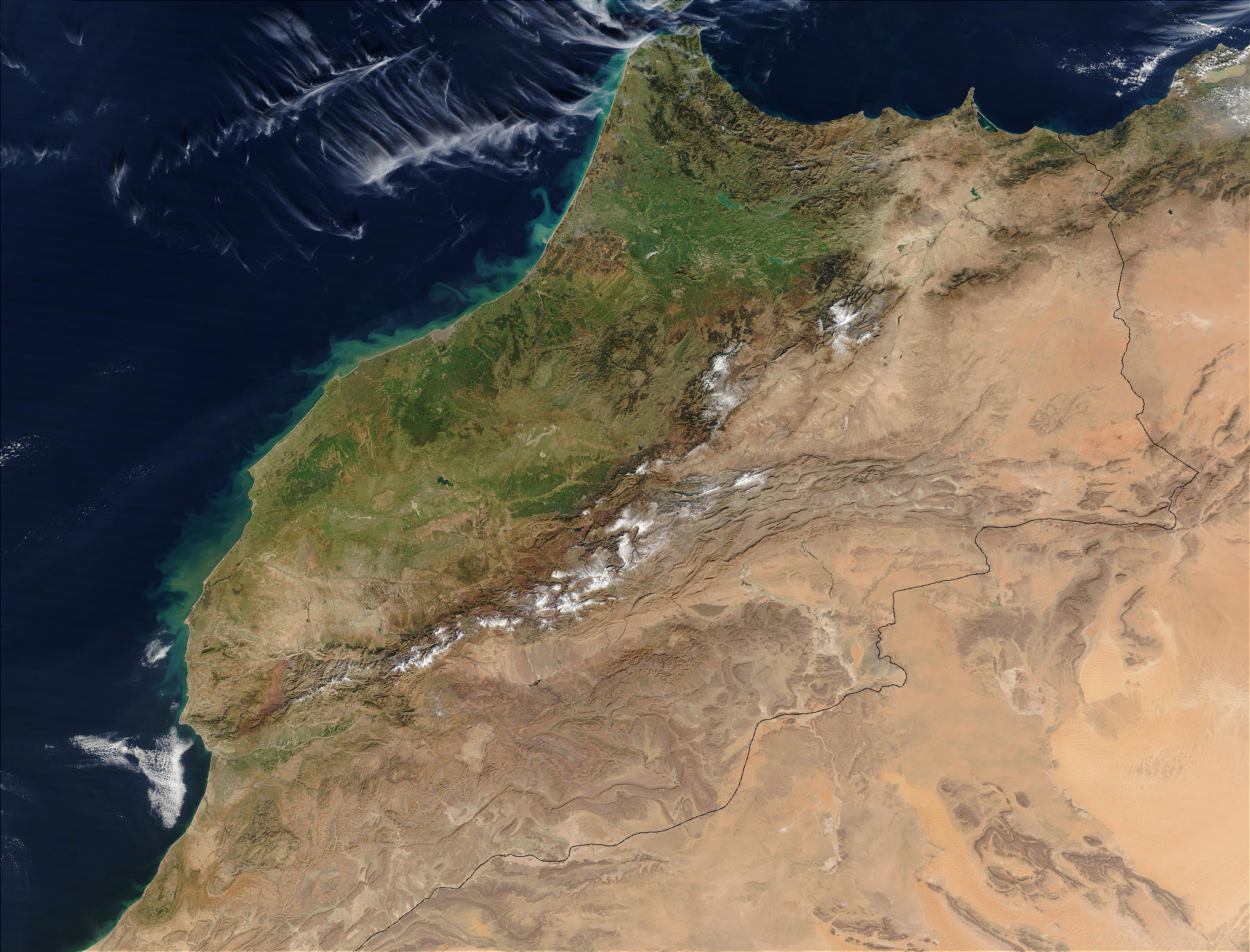 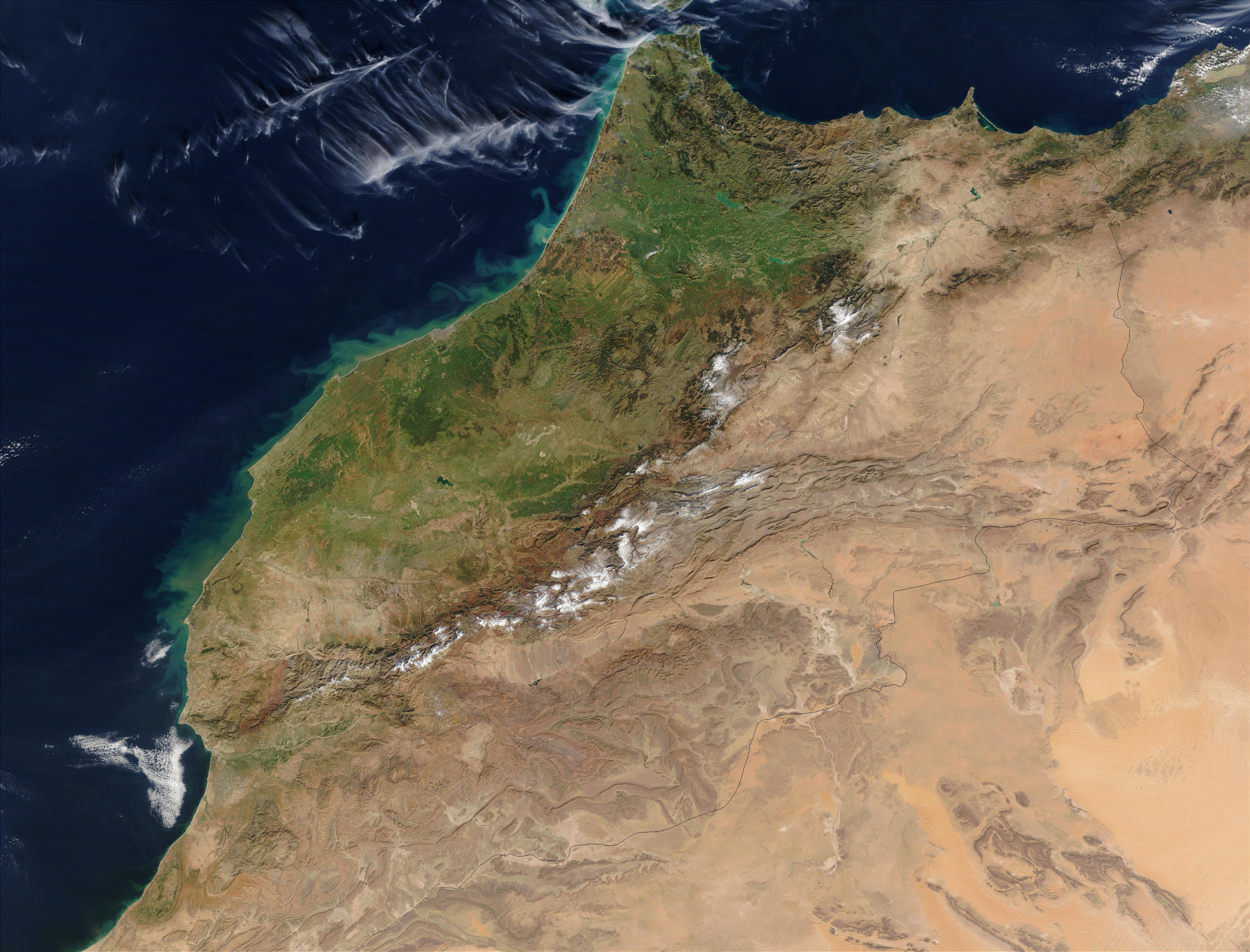 Northwestern Morocco is a vibrant green against the peach and tan Alta Mountains and northeastern edge of the Sahara Desert in this true-color Terra MODIS image acquired January 26, 2003. At bottom right in the image is Algeria, with whom Morocco shares an uneasy border. This region of North Africa is rich in history, having come under the influence or control of the Berbers, Phoenicians, Romans, Arabians, and the French at one time or another. Modern Morocco is an independent nation with a constitutional monarchy form of government and a ruling family that can trace its ancestors back to the 1630s.

The famous city of Casablanca appears as a gray smudge on Morocco’s northwestern coast, and the nation’s capital, Rabat, sits on the coast just about 75 kilometers to the northeast, right where the coast curves abruptly to the north toward the Strait of Gibraltar. The city of Tangier, Morocco’s most common point of entry, sits on the western side of the tip.