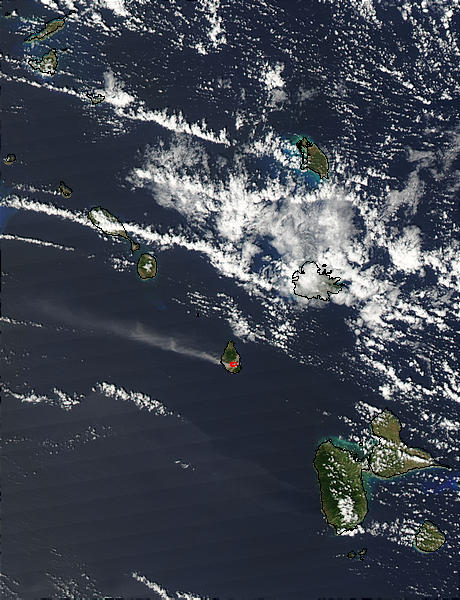 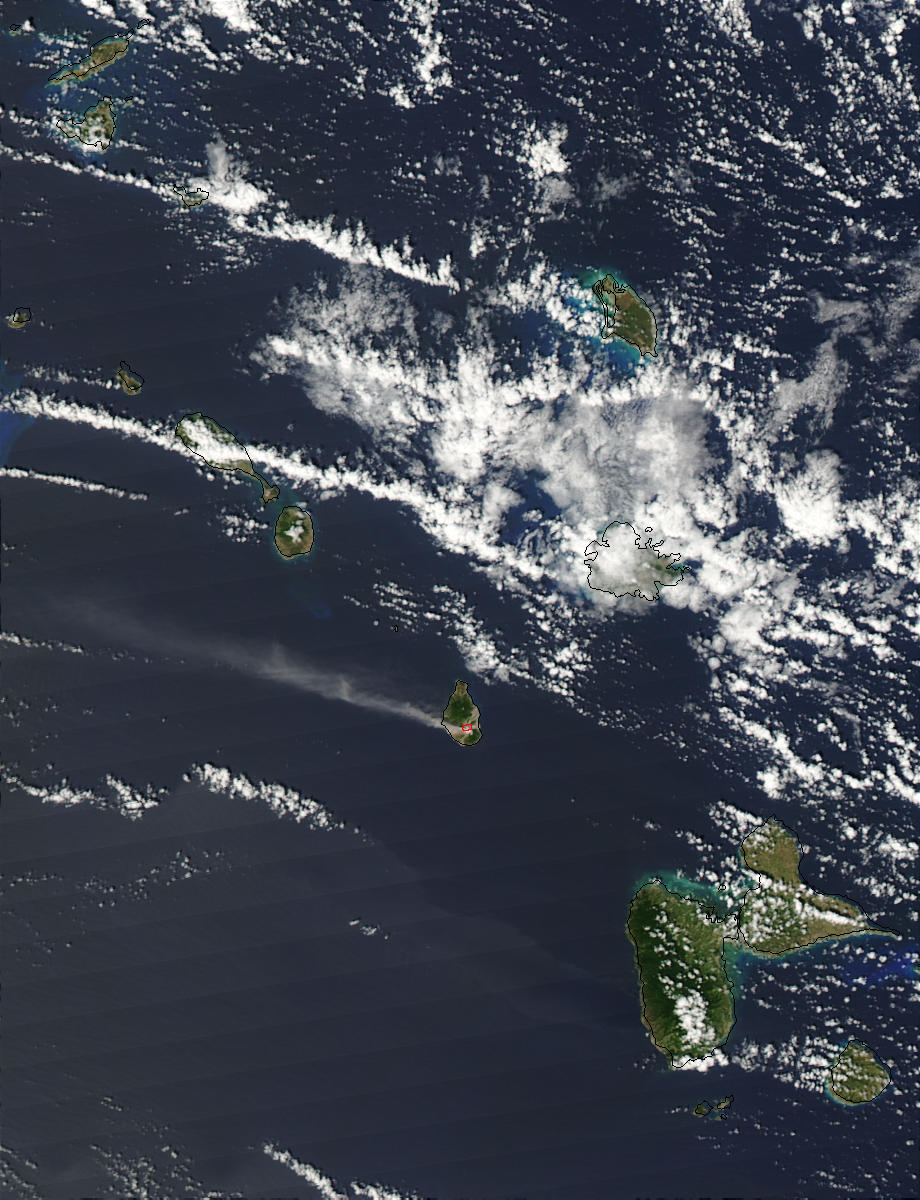 The Soufriere Hills Volcano on the island of Montserrat continues to erupt, and this true-color Moderate Resolution Imaging Spectroradiometer (MODIS) image from the Aqua satellite on February 22, 2003, shows the thermal signature marked with a red outline. A plume of emissions—probably a mixture of smoke, ash, and water vapor—is drifting eastward from the summit. Lava domes are building up on the summit, triggering pyroclastic flows.

The volcano has been erupting off and on since 1995, when a series of long term, small-to-moderate intensity eruptions forced the evacuation of the southern half of the island. The capital city of the island was destroyed, creating social and economic upheaval. Montserrat is part of the Lesser Antilles chain of islands that have formed where the Atlantic tectonic plate and the Caribbean tectonic plate meet.