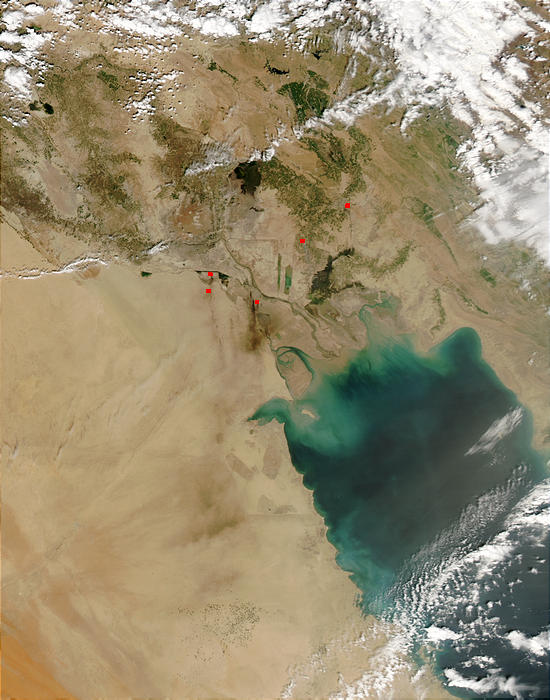 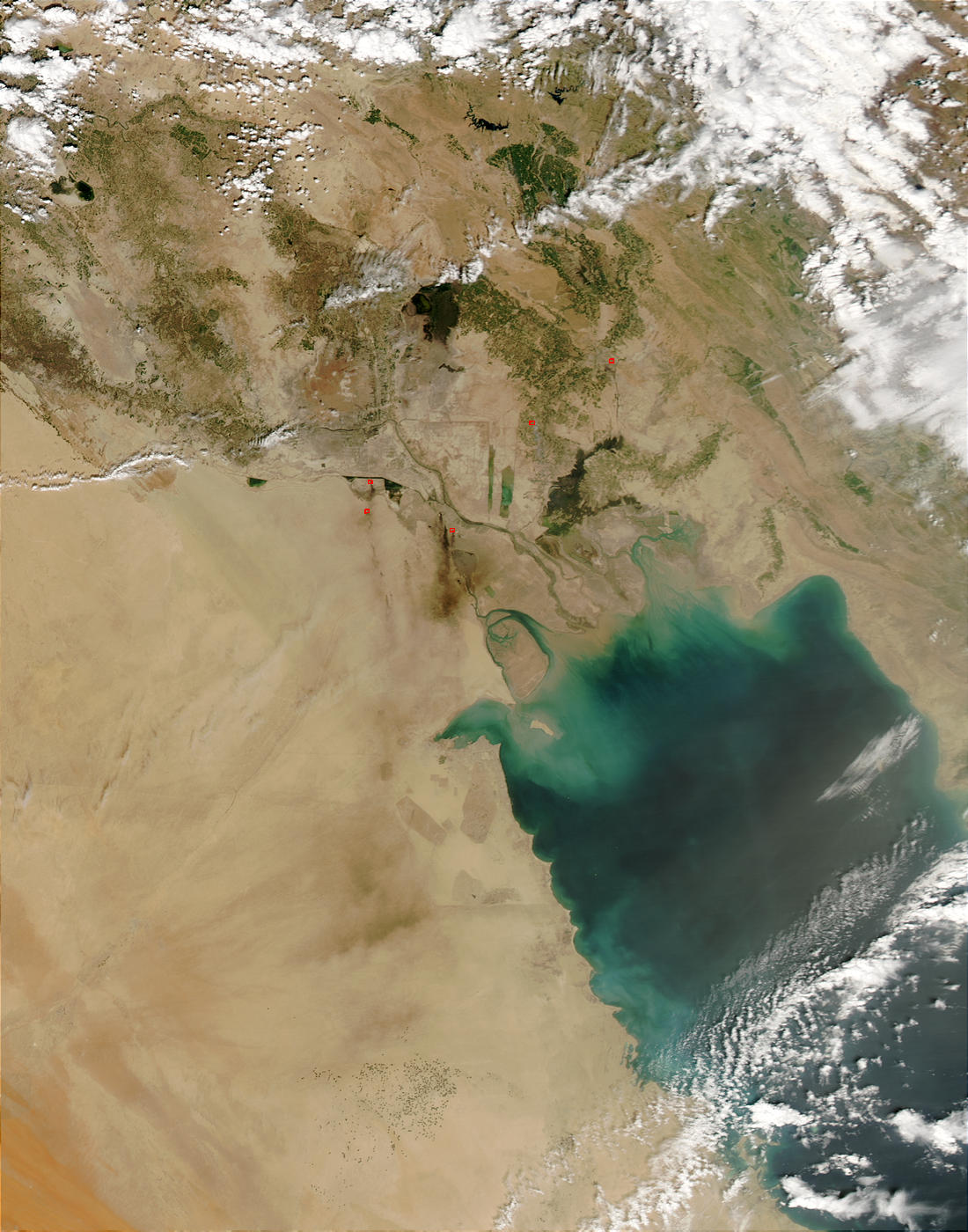 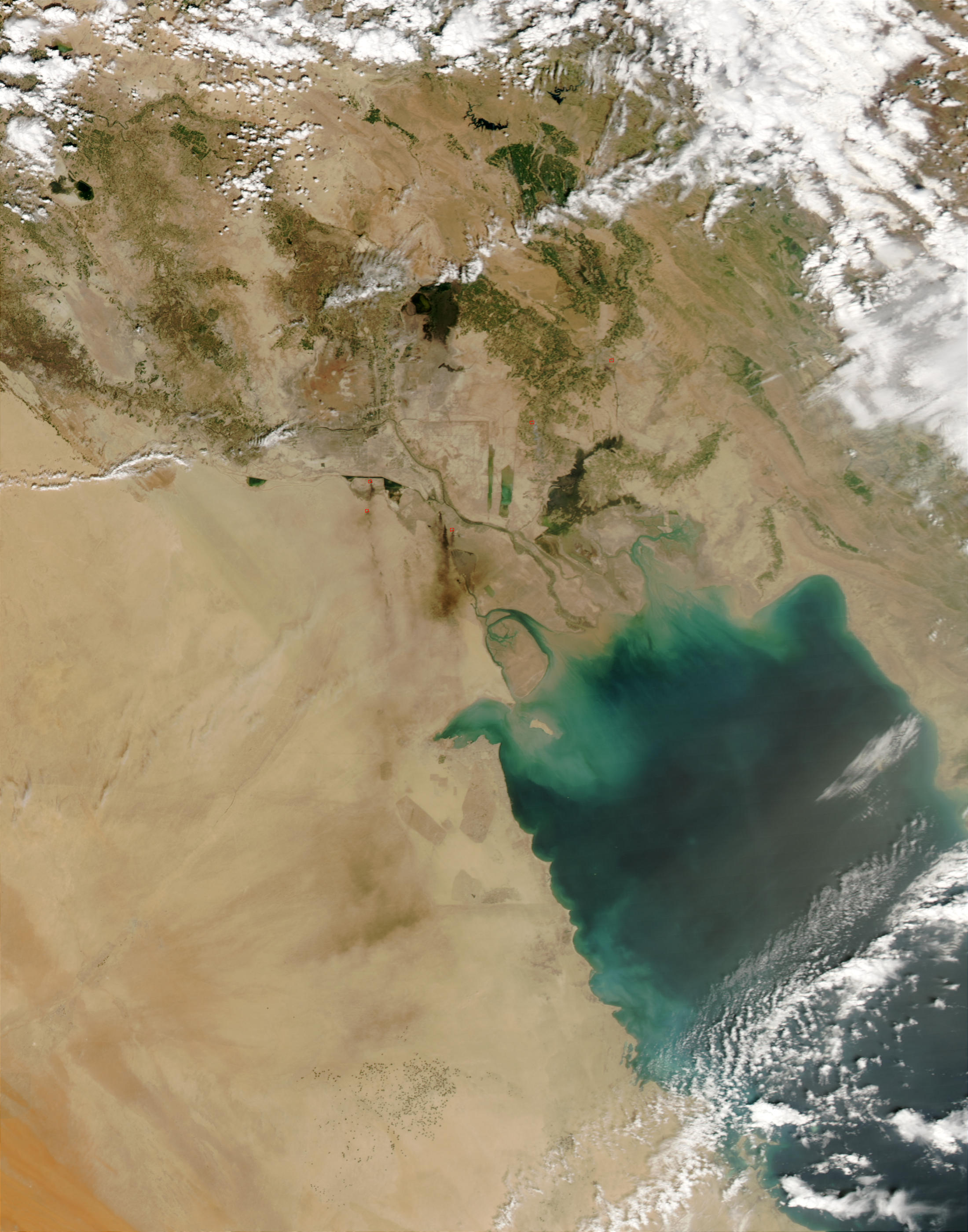 On Sunday, March 23, 2003, the previous day’s clouds over Iraq had cleared, and the vegetation associated with the Tigris and Euphrates Rivers stands out in green against the paler desert terrain. In this Moderate Resolution Imaging Spectroradiometer (MODIS) image captured by the Aqua satellite, a few thermal anomalies have been detected by MODIS and are marked with red dots. In the center of the image, some of the thermal signatures are associated with plumes of dark brown smoke, likely the result of burning oil wells. The plumes are less pronounced in this image than they were in the Terra MODIS image acquired several hours before.