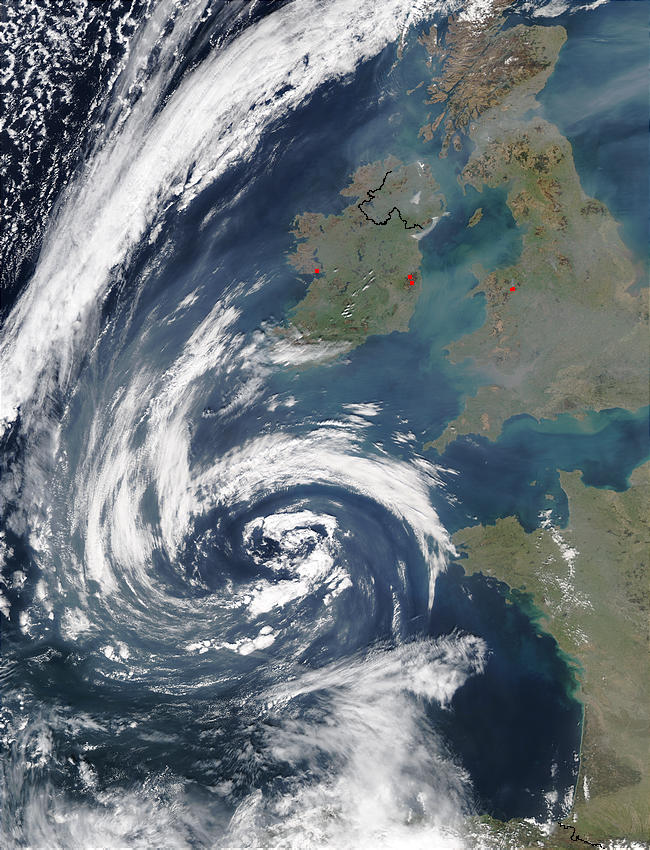 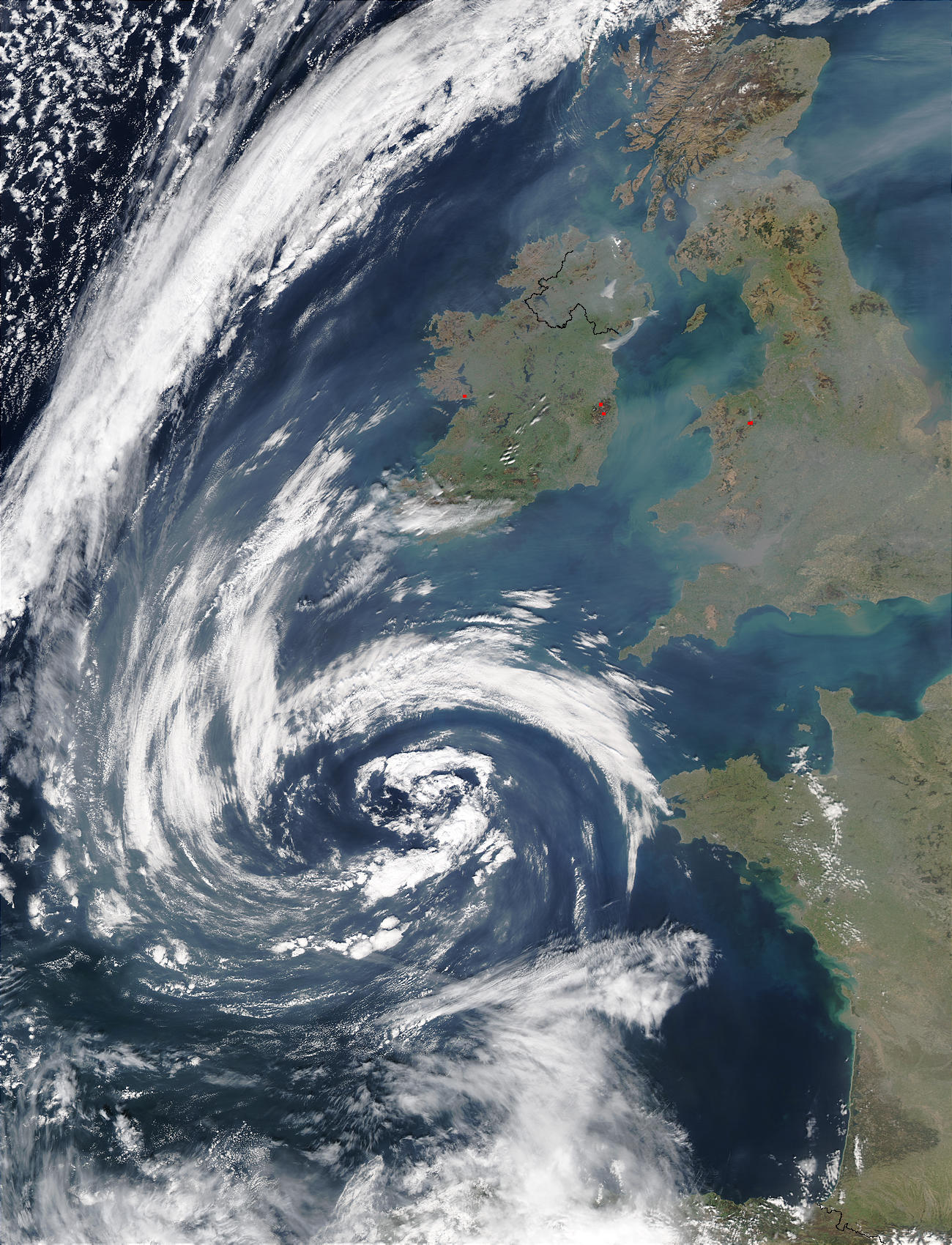 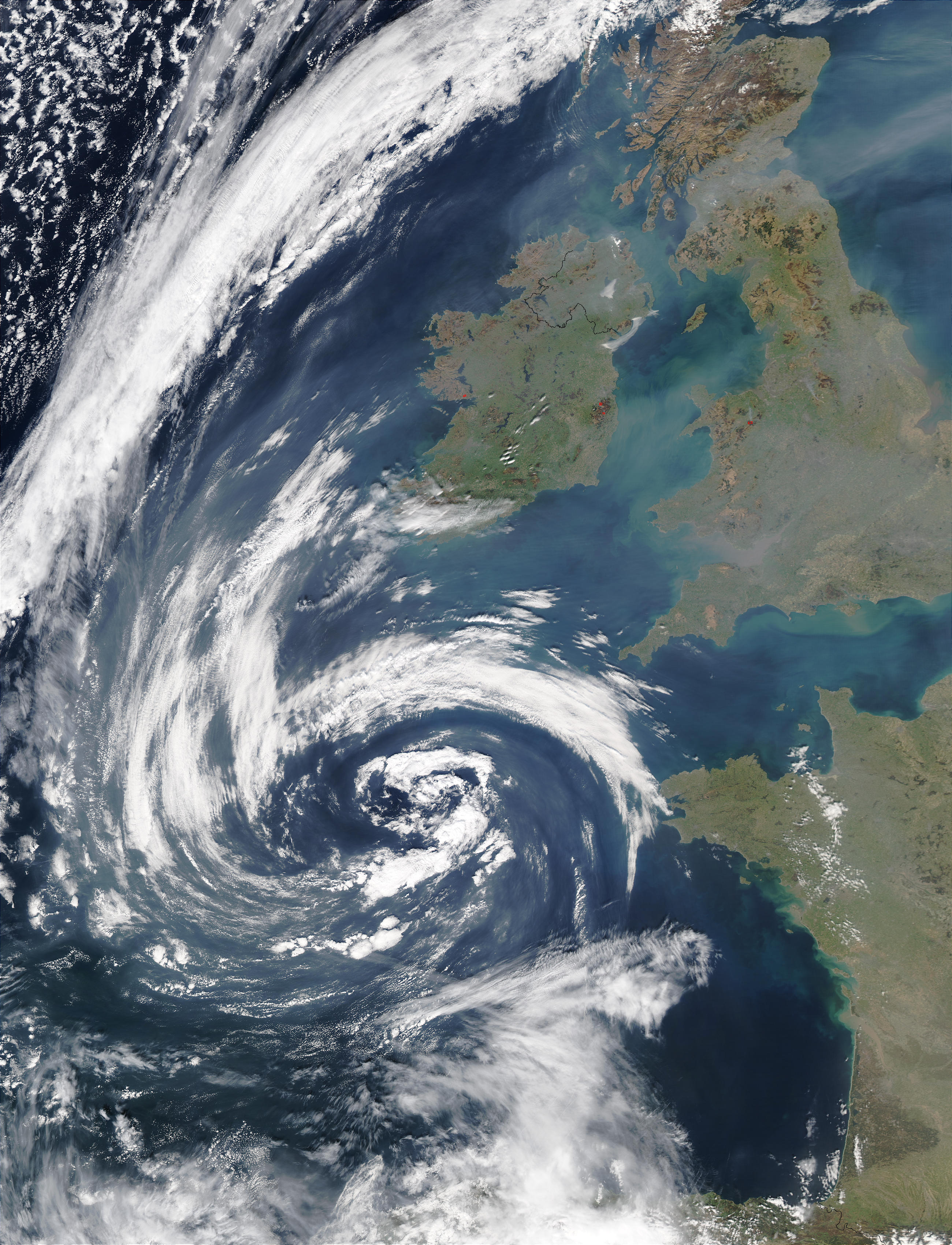 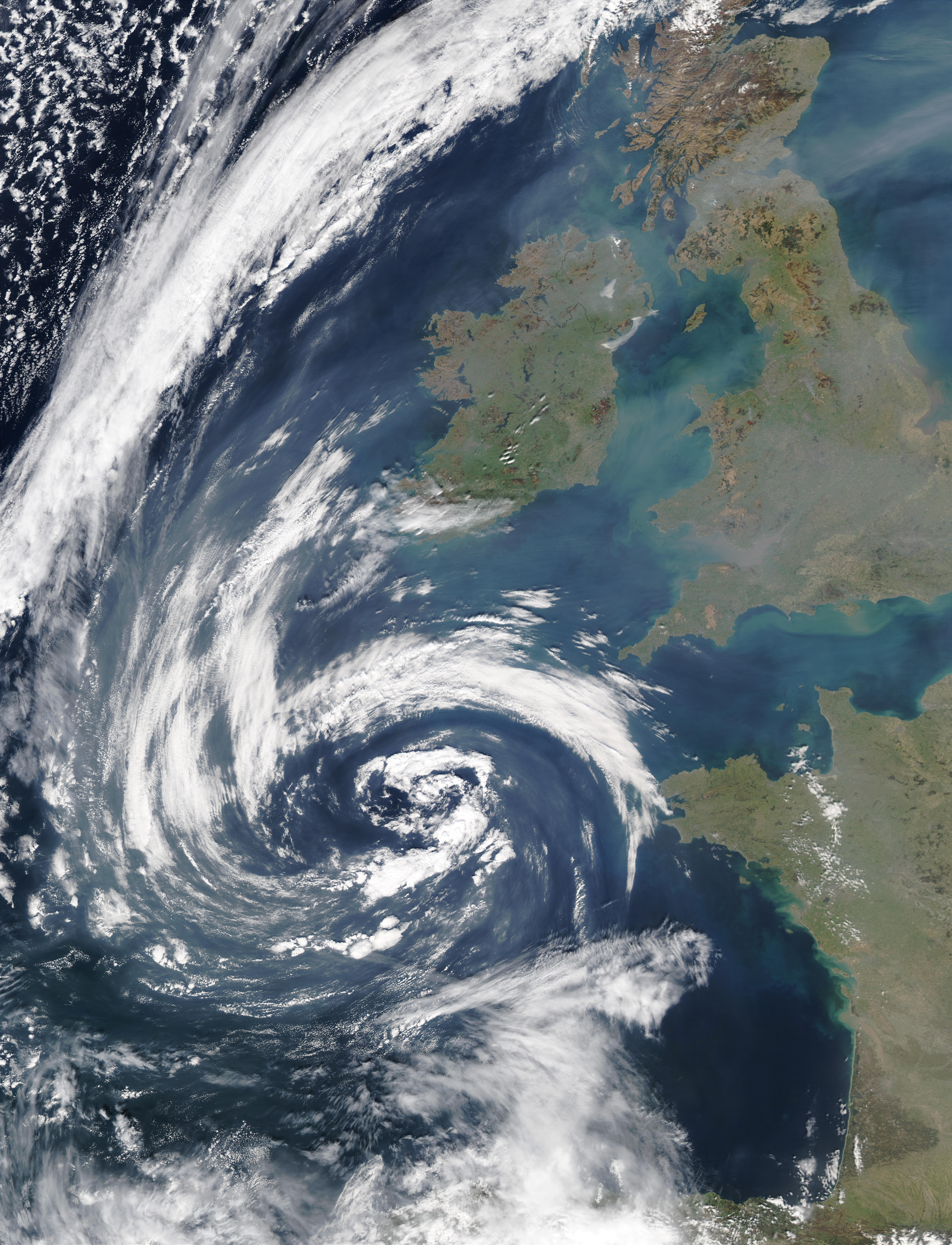 Pollution and smoke off France and United Kingdom

Pollution and smoke get caught up in a swirl of clouds off on the coasts of Spain, France, Ireland, and the United Kingdom in this true-color Aqua MODIS image acquired on March 23, 2003. The smoke and pollution appear as a grayish haze concentrated mostly over England and Ireland, blurring the landscape underneath.

Still visible through the haze, though, are a few fires in Ireland and central UK. The fires are marked in red, and the smoke plumes from the fires visible at the image’s higher resolutions. The two fires on Ireland’s east coast are very near Dublin, while the western fire is near Galaway on the coast of Galaway Bay. The solitary fire in the UK is in Wales very near the English border, about 60 kilometers southwest of Liverpool.

Despite the haze lying over the region, cloudy green and tan swirls of sediment and microscopic marine life are visible in the waters of the Atlantic, the English Channel, and in the Celtic (south of Ireland), Irish (east of Ireland), and North (east of England) Seas.