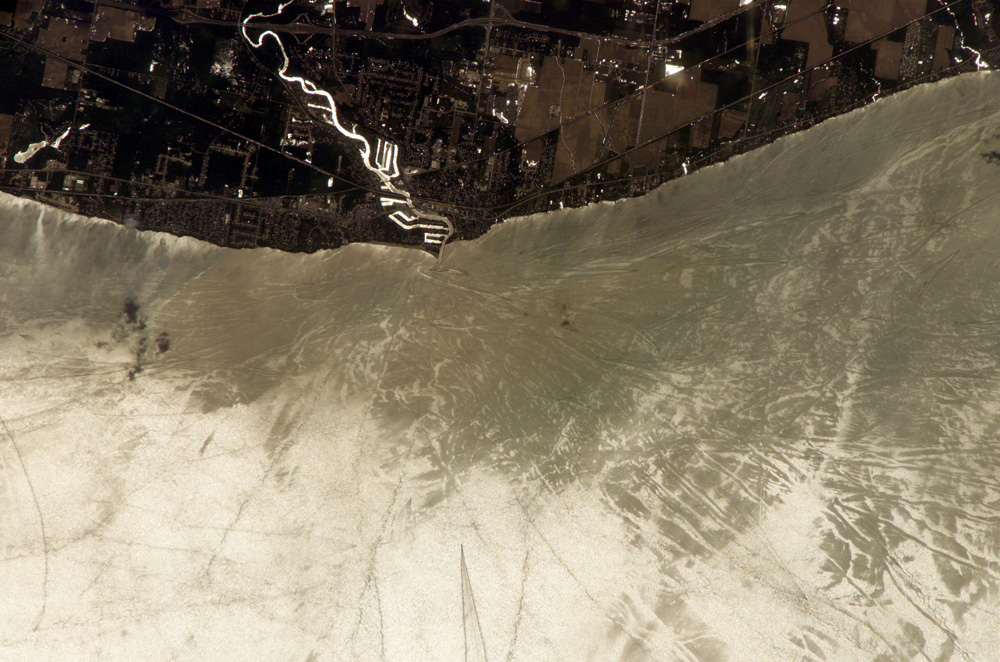 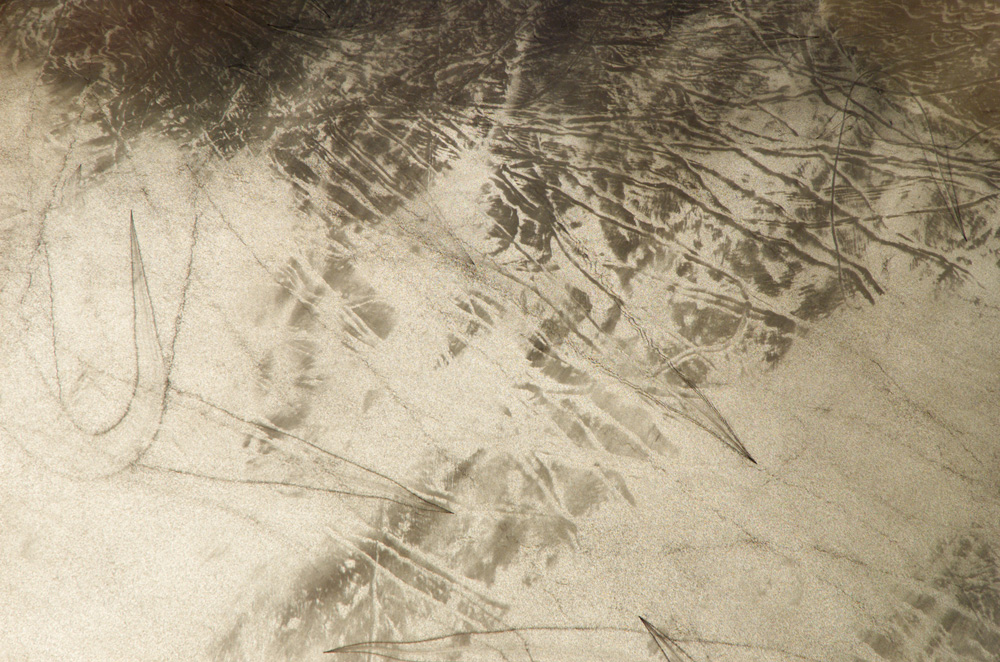 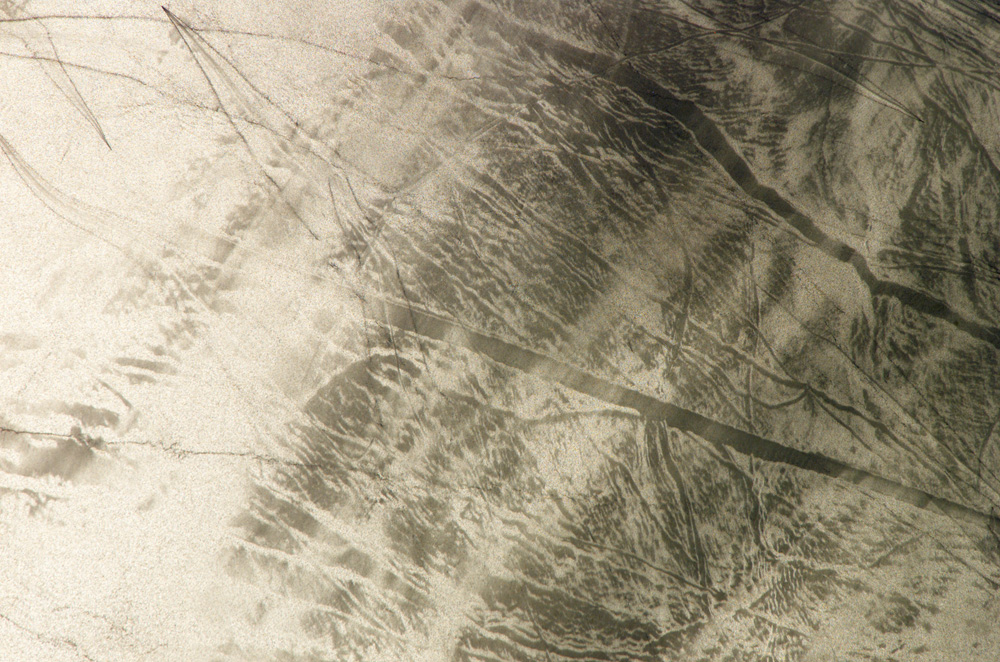 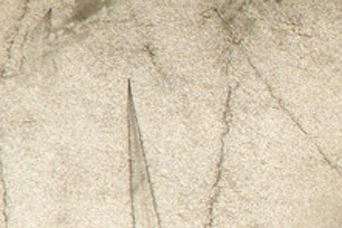 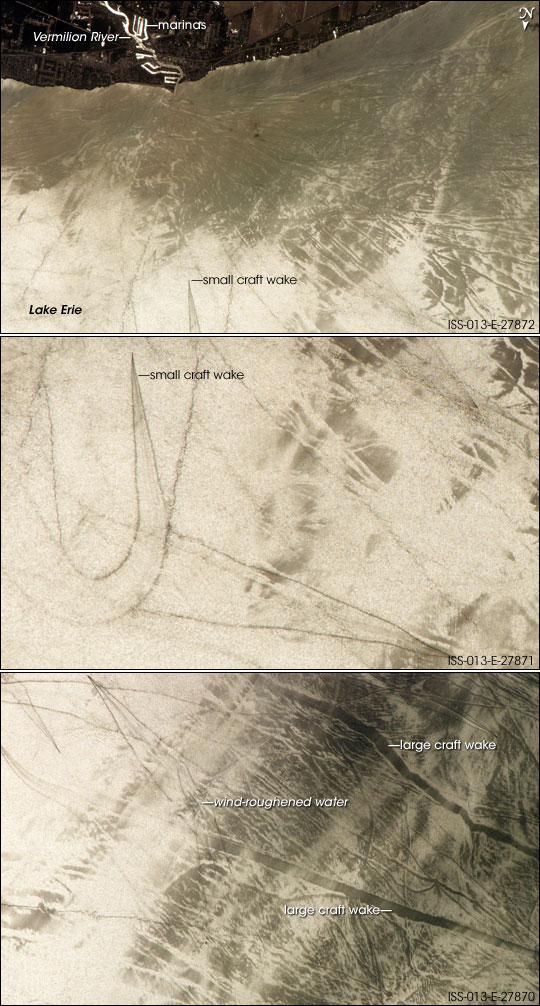 Sunglint results when the Sun’s light bounces off the water’s surface and into the satellite sensor or camera. In this astronaut photograph, taken near noon on May 28th, 2006, sunglint highlights features on the surface of Lake Erie, about 50 kilometers (30 miles) west of Cleveland, Ohio. The angular water bodies along the river are likely marinas. The main part of the image shows numerous ship wakes in the zone of partial glint around the disk of the Sun’s reflection point. The wakes radiate from the mouth of the Vermilion River, with many of them heading northwest (towards the lower-right corner) in the direction of Detroit, Michigan.

Astronaut photographs ISS013-E-27870, 27871, and 27872 were acquired May 28, 2006, with a Kodak 760C digital camera using an 800 mm lens. They are provided by the ISS Crew Earth Observations experiment and the Image Science & Analysis Group, Johnson Space Center. The images in this article have been cropped and enhanced to improve contrast. The International Space Station Program supports the laboratory to help astronauts take pictures of Earth that will be of the greatest value to scientists and the public, and to make those images freely available on the Internet. Additional images taken by astronauts and cosmonauts can be viewed at the NASA/JSC Gateway to Astronaut Photography of Earth.