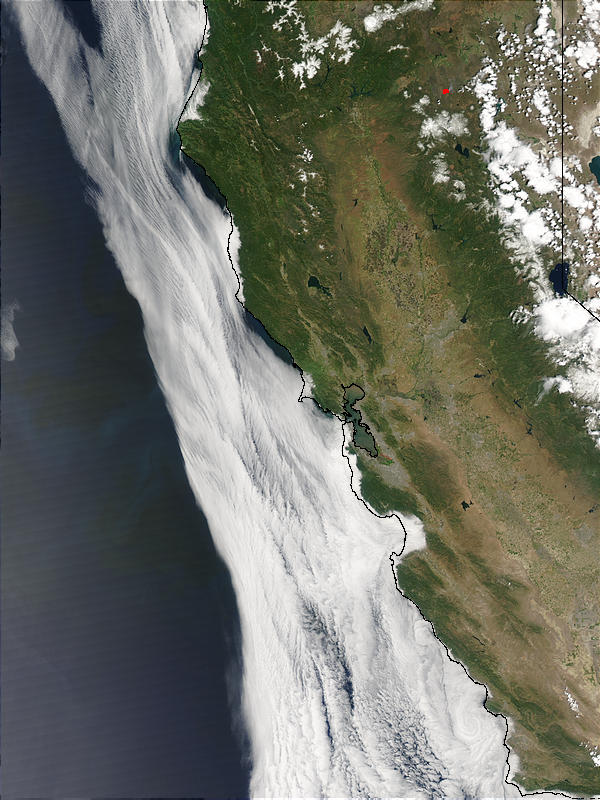 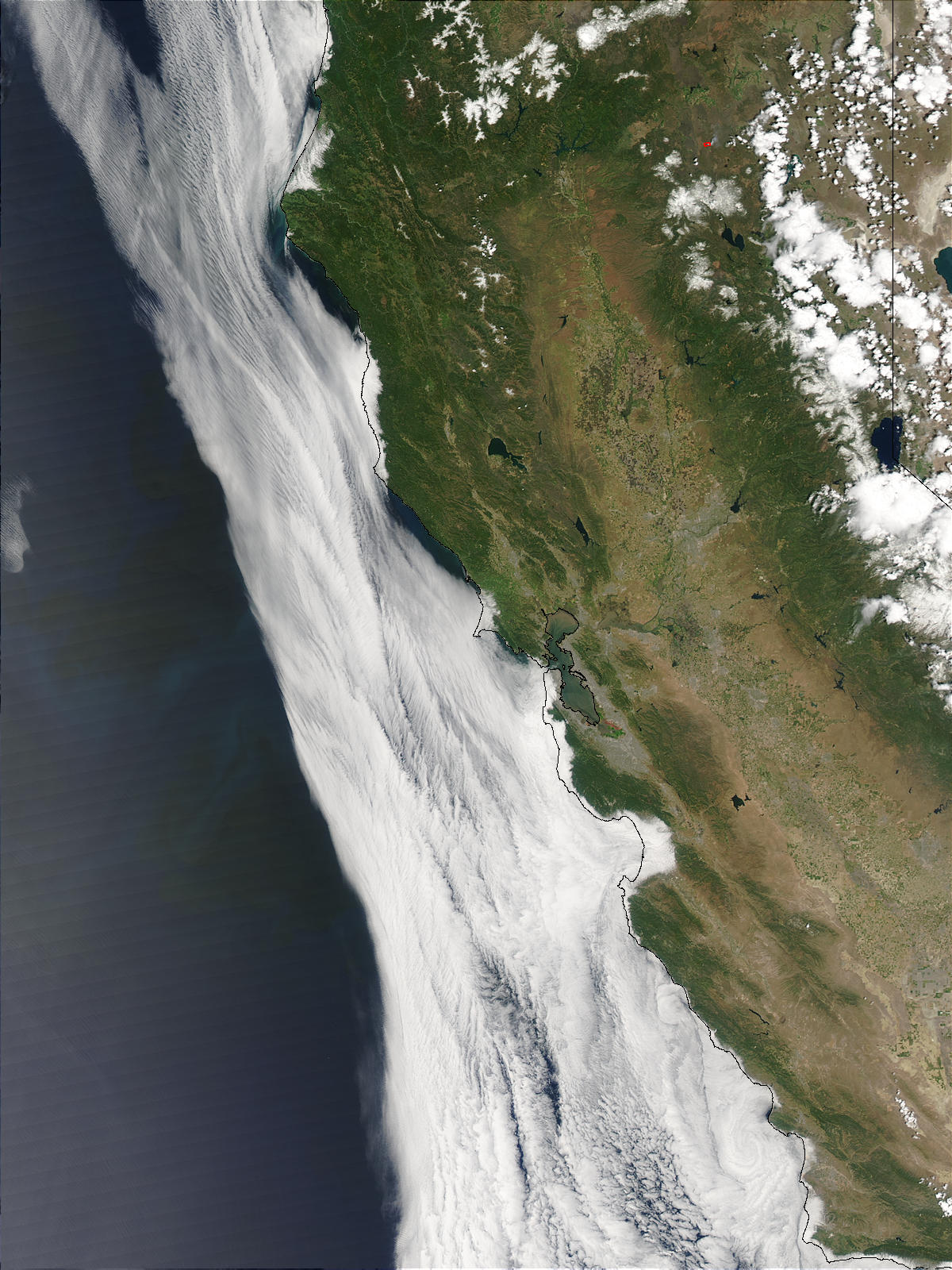 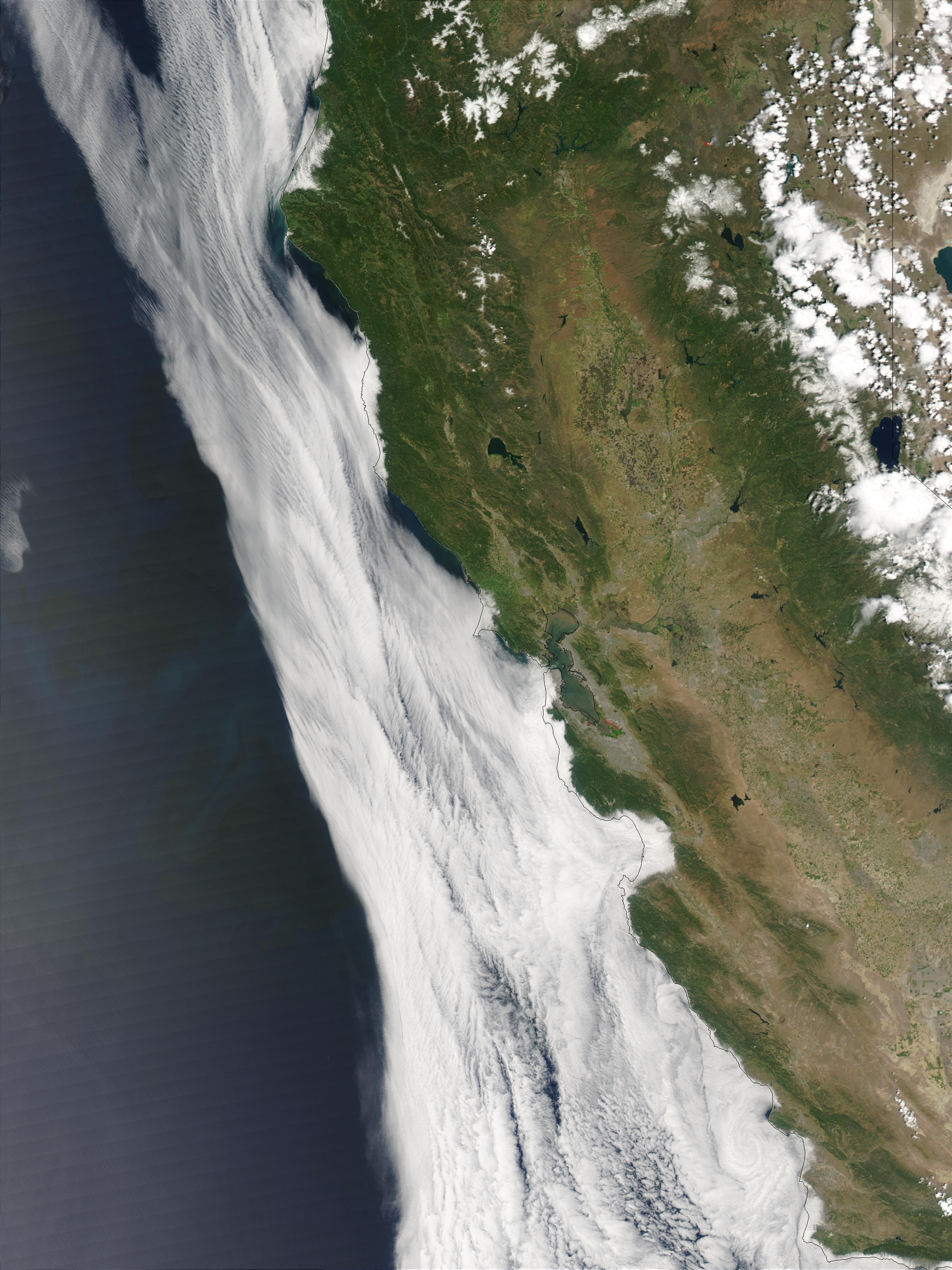 A bank of clouds in the Pacific Ocean stretches along the length of California in this true-color Aqua MODIS image acquired May 23, 2003. Stretching from the Oregon-California border at top to the San Madre Mountains at bottom, these clouds cover a distance of around 1000 kilometers (over 620 miles). The San Joaquin Valley, which sits at California´s center, runs almost the entire length of the state, and is the home to high concentrations of agriculture, technology, and people. Sacramento, the state capital, is by far the largest city in the valley, and can be seen as a gray smudge diagonally northeast of San Francisco Bay (image center). Ringing much of the Bay are densely-populated cities, such as San Francisco on the western edge; Sunnyvale and San Jose to the south; and Berkeley, Fremont, and Hayward on the eastern side.

Separate mountain ranges march down the length of California on either edge. On the western edge are the Coast Ranges, which begin in Washington State and continue all the way down to the northern outskirts of Los Angeles. On the eastern edge are the Sierra Nevadas, which begin in Northern California and continue south until they reach the Mojave Desert. Both ranges glow green from spring foliage, while the rest of the state is awash in shades of tan and brown. To the upper right in the image is a small slice of northwestern Nevada, while to the west of that is a small fire (marked in red).