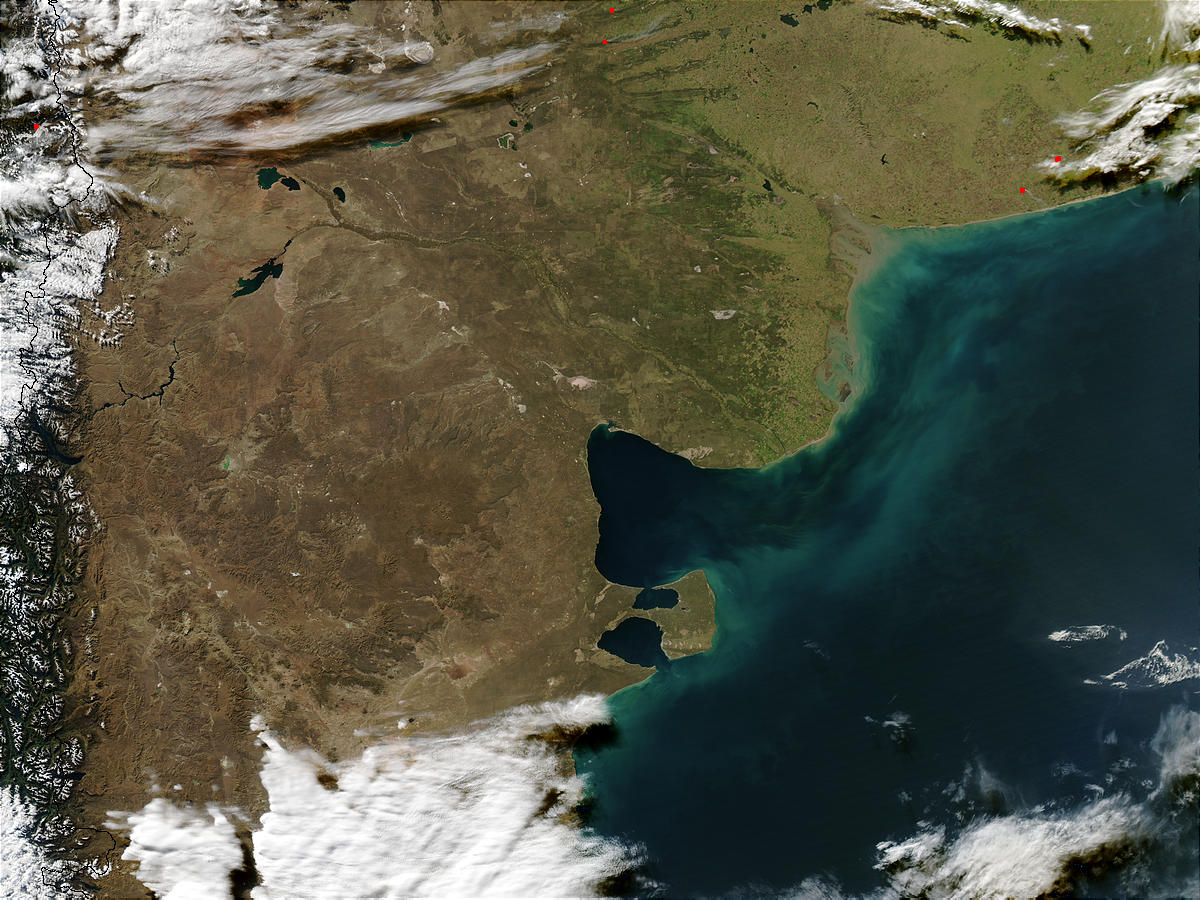 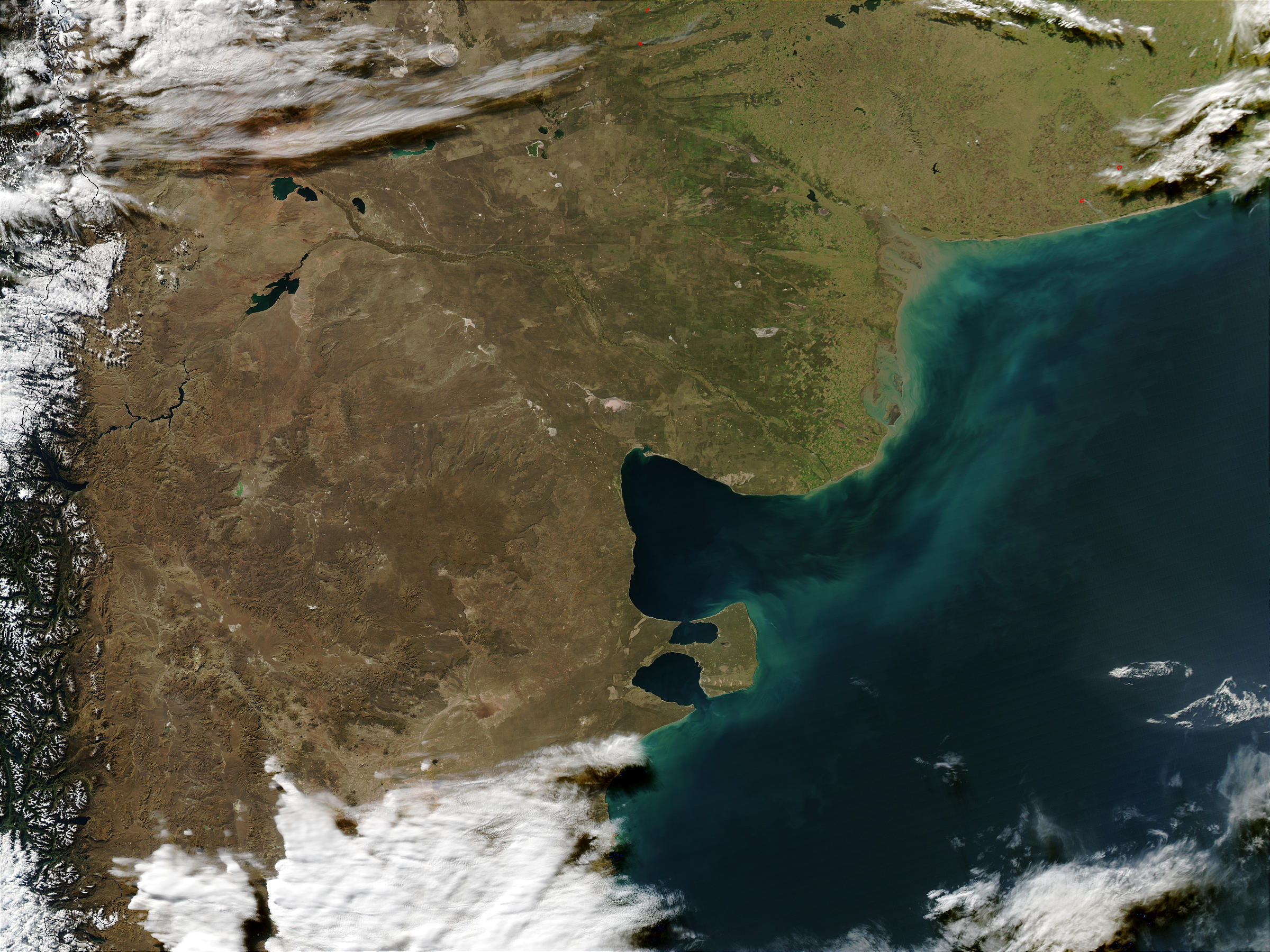 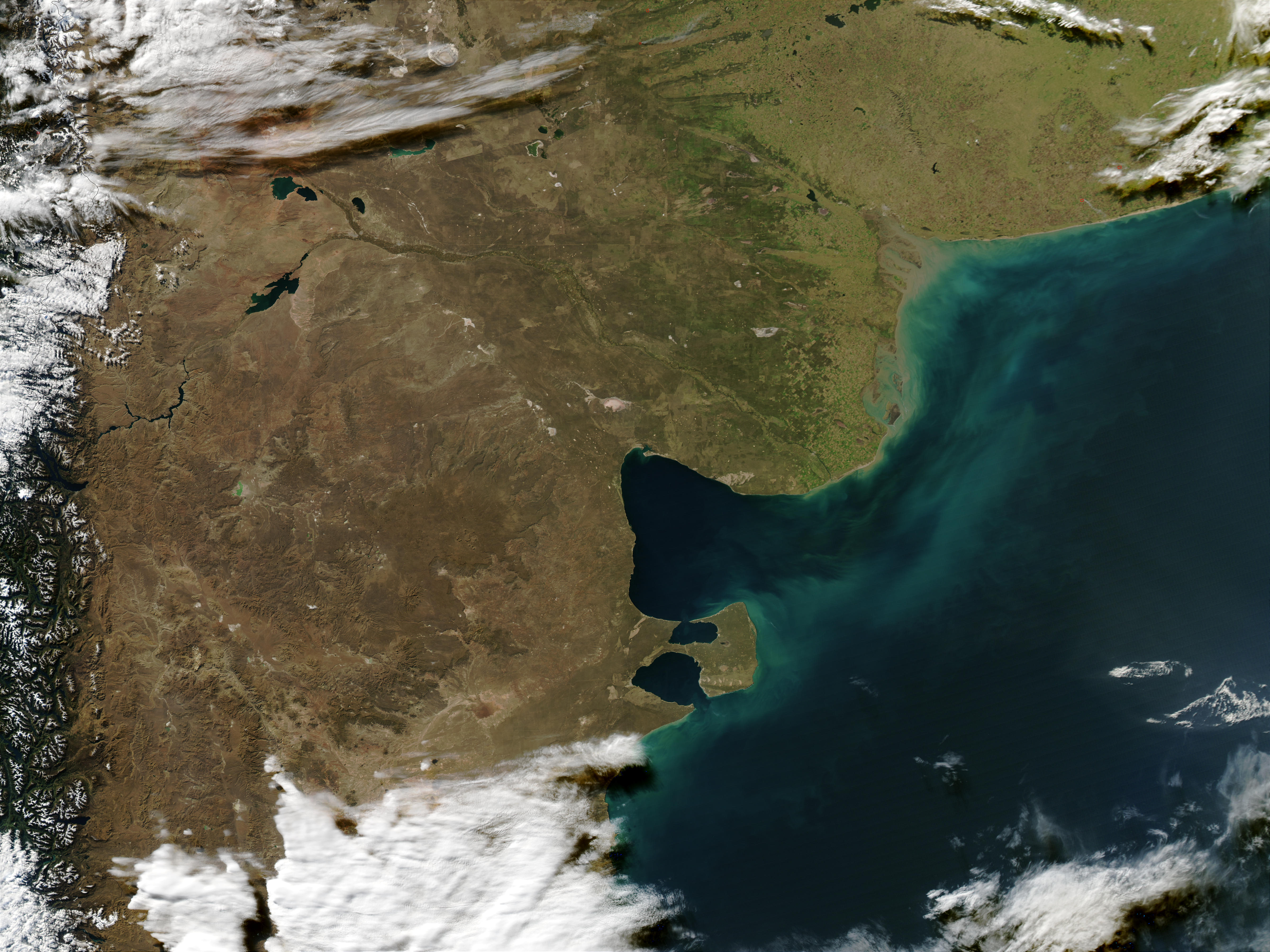 Dramatic cloud shadows, the Patagonia plateau, the Andes Mountains, and phytoplankton blooms in the southern Atlantic Ocean all combine to create this stunning true-color Aqua MODIS image of Argentina and Chile. Chile rides the Andes Mountains along the left side of the image; the mountains appear dark brown and green, and some of their upper reaches are dusted with white snow. South-central Argentina takes up the majority of the image, stretching from the southern Mendoza and Buenos Aires states in the north to the Chubut state in the south. Prominent along the coast are the Balta Blanca (upper right), the Golfo San Matias (center), the Golfo San Jose (connected to the Golfo San Matias), and the Golfo Nuevo (due south of the Golfo San Jose). Connected to the mainland by the Istmo Carlos Ameghino is the Peninsula Valdes.

Clouds are scattered across the edges of the image, some low in the atmosphere, some high. The low clouds are concentrated along the Andes on the left side of the image, are bright white (almost indistinguishable from the snow), and create small cloud shadows. The high clouds are much larger, range from wispy to dense in texture, and create much larger cloud shadows. Also prominent in the image is the coloration within the waters of the Balta Blanca and the Atlantic Ocean. The tannish-green coloration in the Balta Blanca is due to sediments in the water deposited by river runoff, while farther out the blue and green colors likely signal the presence of phytoplankton. The red dots scattered throughout the upper portion of the image mark locations where abnormal heat signatures were detected, which usually indicates some sort of fire. In this case, the fires are small, and are likely to be agricultural.