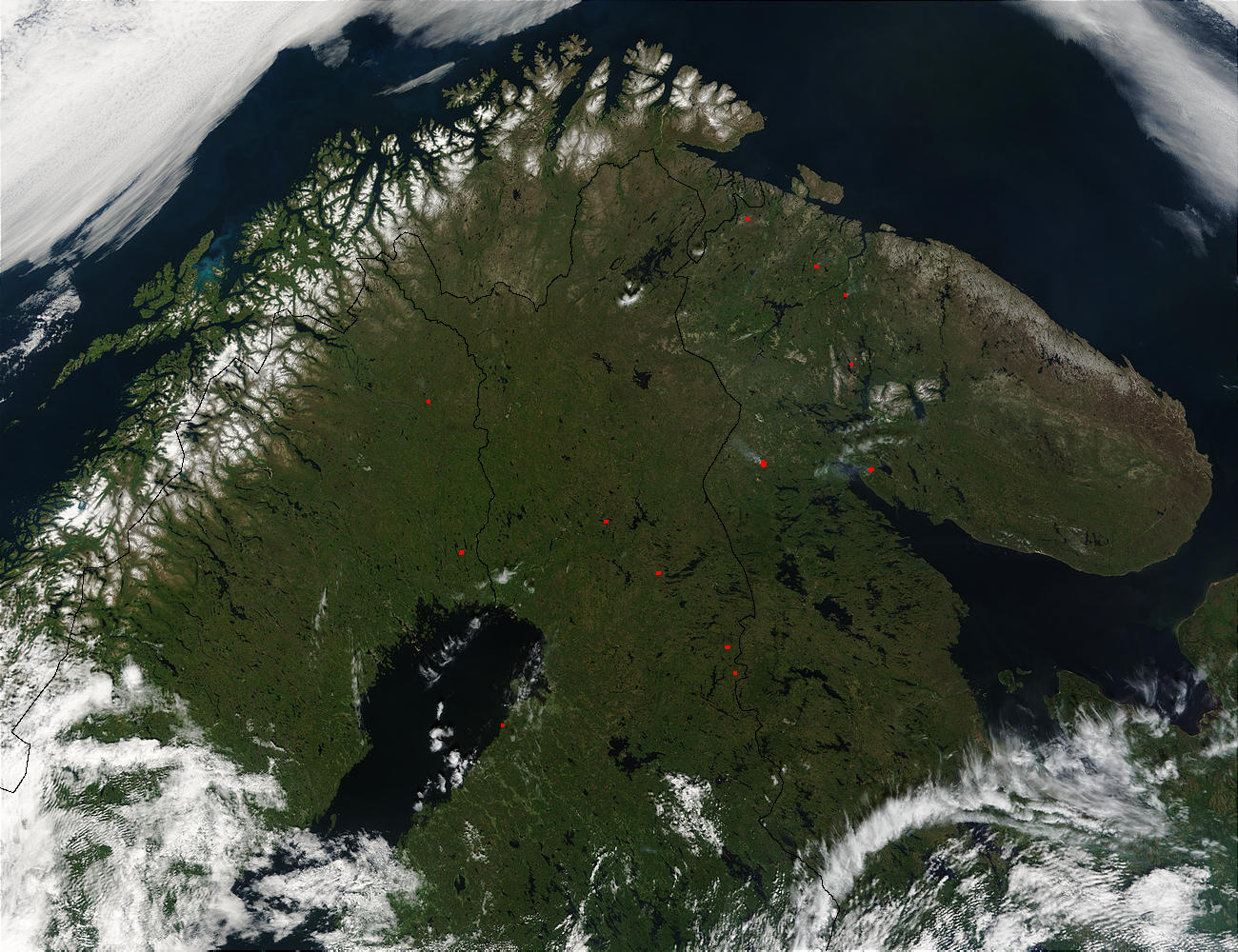 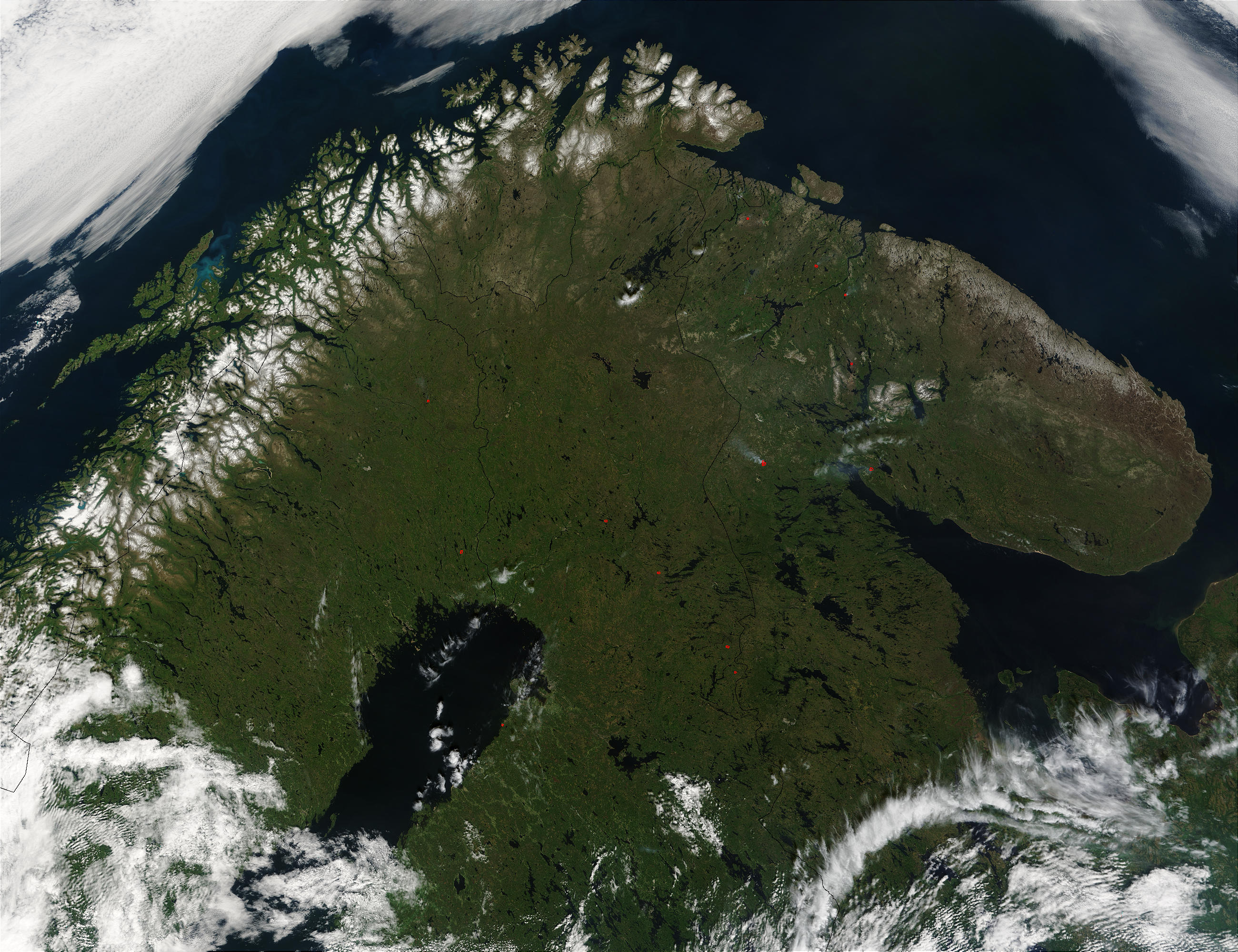 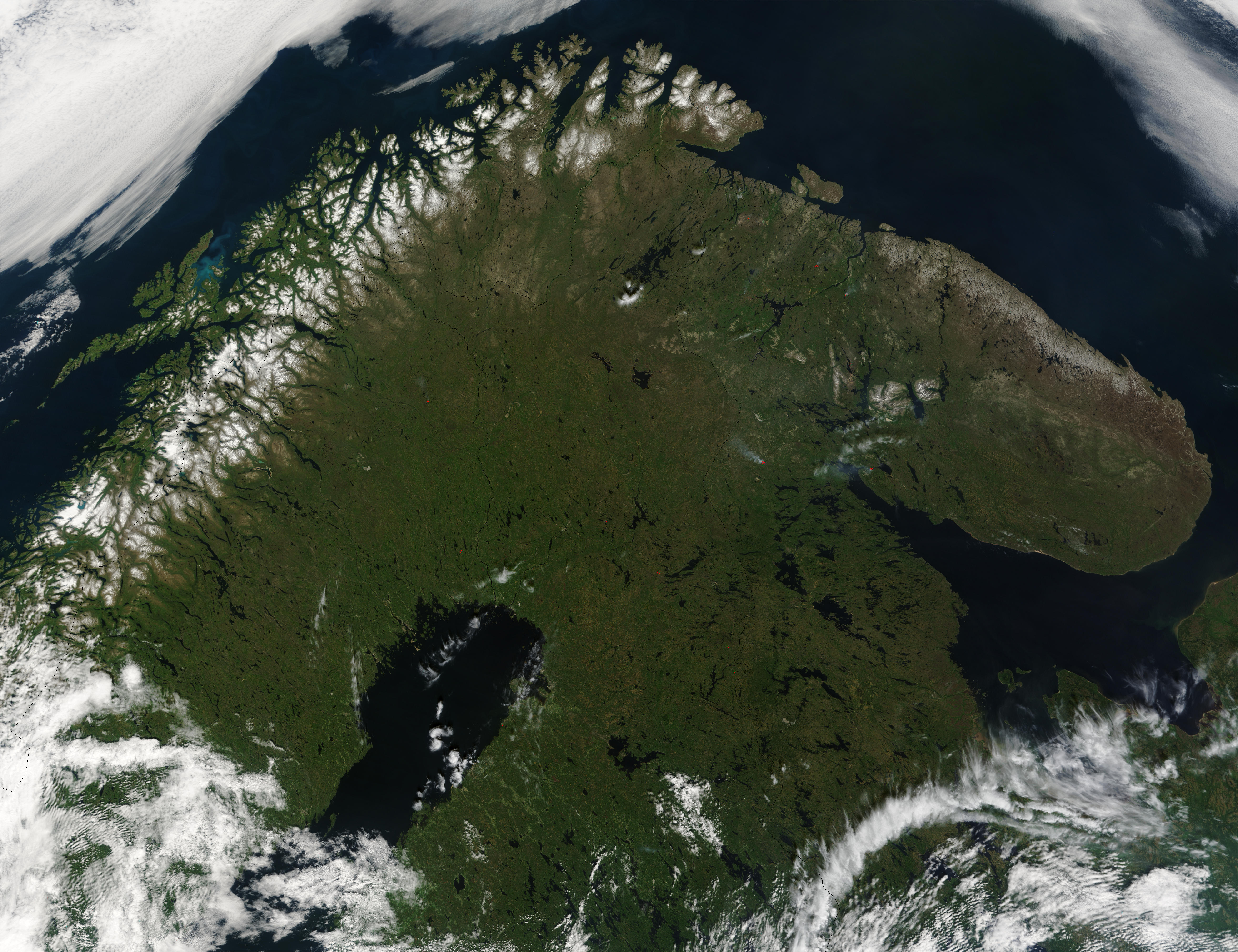 Snow clings to the edges of northern Scandinavia in this true-color Terra MODIS image acquired on July 1, 2003. Norway curves along the top of the landmass with shorelines in both the Norwegian and Barents Seas, while Sweden (left) and Finland (center) surround the Gulf of Bothnia. To the right of Finland, the Russian Federation begins its long march eastward. The oblong Murmanskaya Peninsula separates the Barents Sea from the White Sea, which has been a busy shipping location since the 11th century.

Scattered throughout northern Scandinavia are a number of fires, which are marked in red. Two of the fires in Russia — one near the White Sea and one parallel with it toward the Finnish border — show visible blue-gray smoke plumes. And over on the Norwegian side, bright turquoise-blue waters stream from the Andfjorden into the Norwegian Sea. These colorful swirls may indicate the presence of phytoplankton.