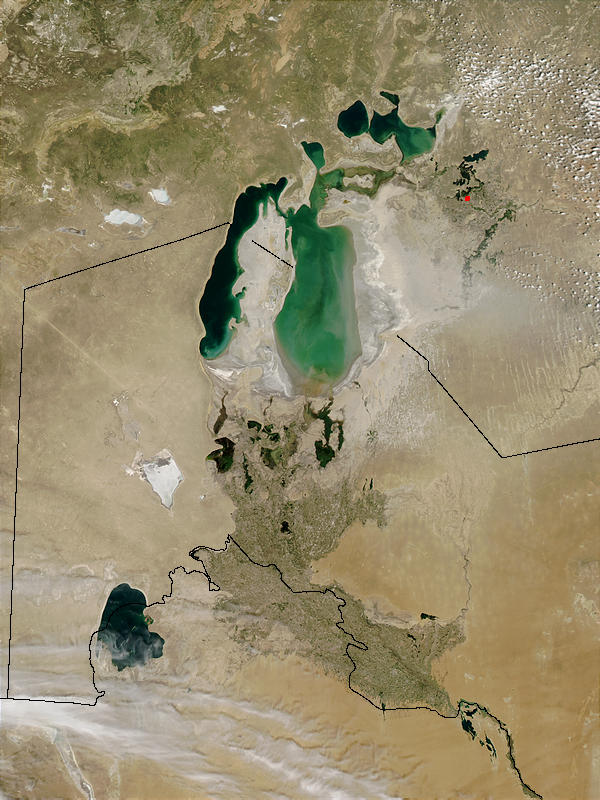 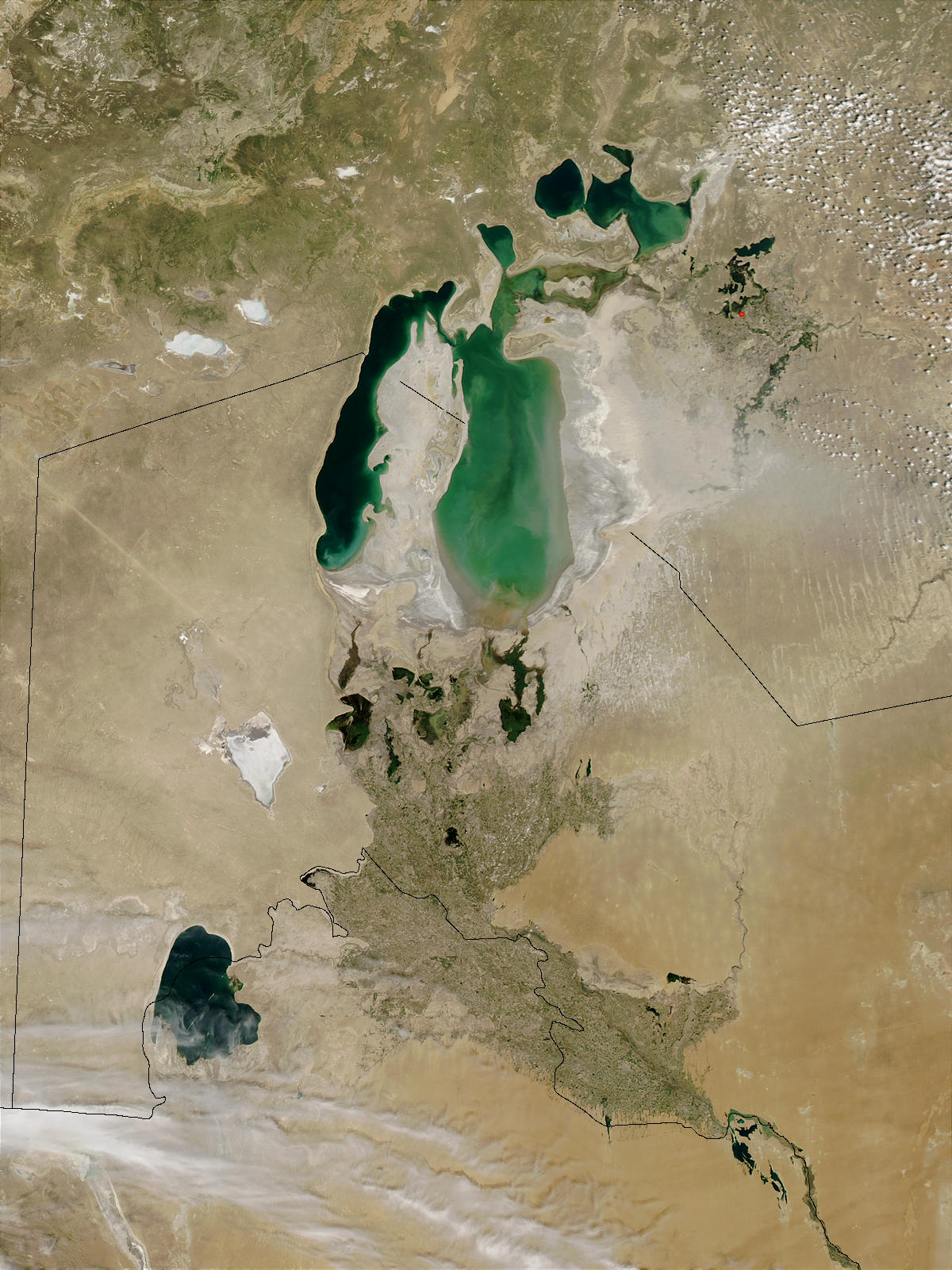 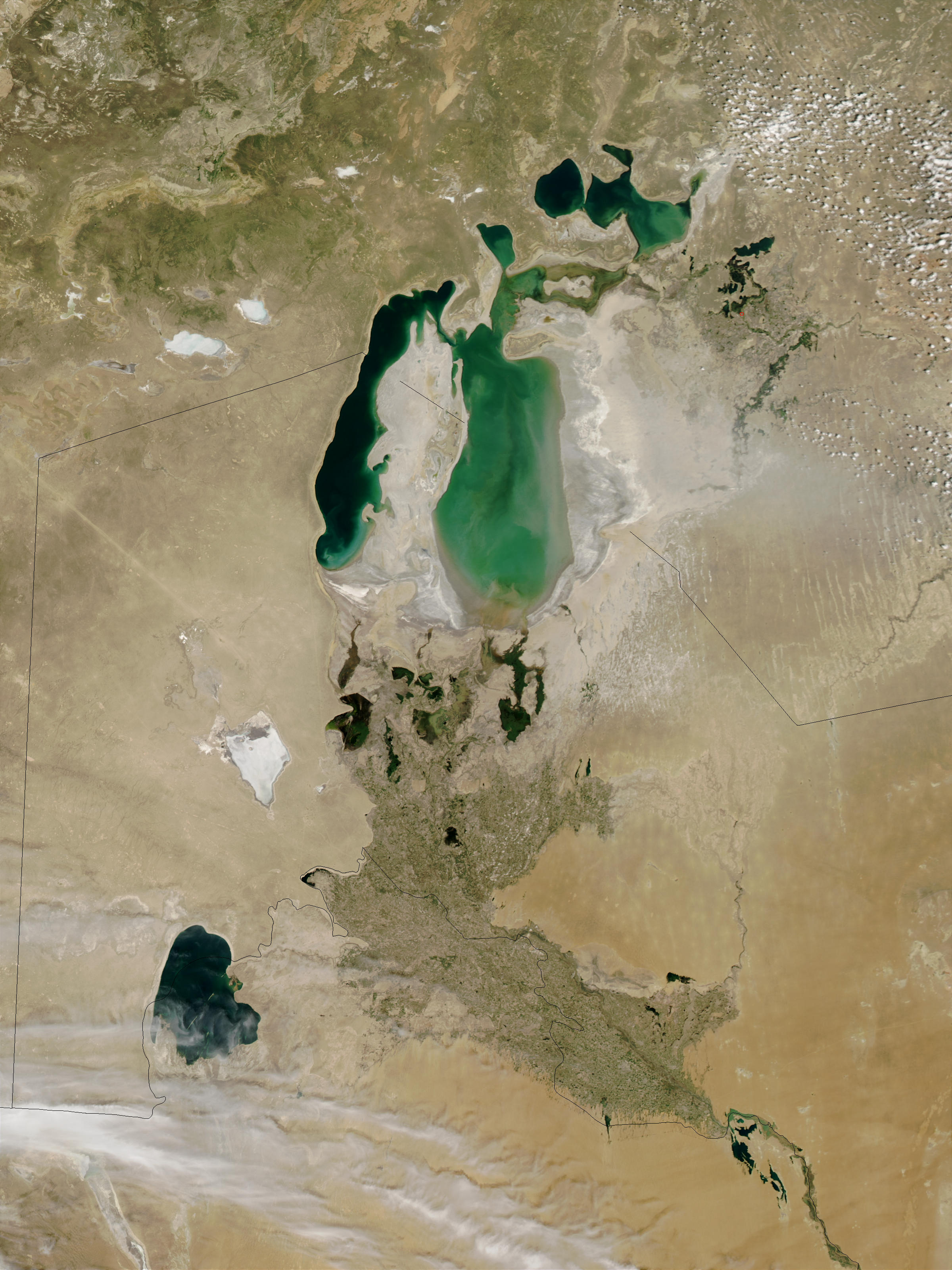 The jade-green waters of the Aral Sea dominate this true-color Moderate Resolution Imaging Spectroradiometer (MODIS) image captured by NASA´s Terra satellite on May 29, 2003. Once the fourth largest inland sea, the Aral Sea in southern Kazakhstan and northern Uzbekistan has divided into three bodies of water. While the Northern Aral Sea and the Southern Aral Sea have been separate for much of the 1990s, the Southern Aral Sea split along a north-south axis more recently.