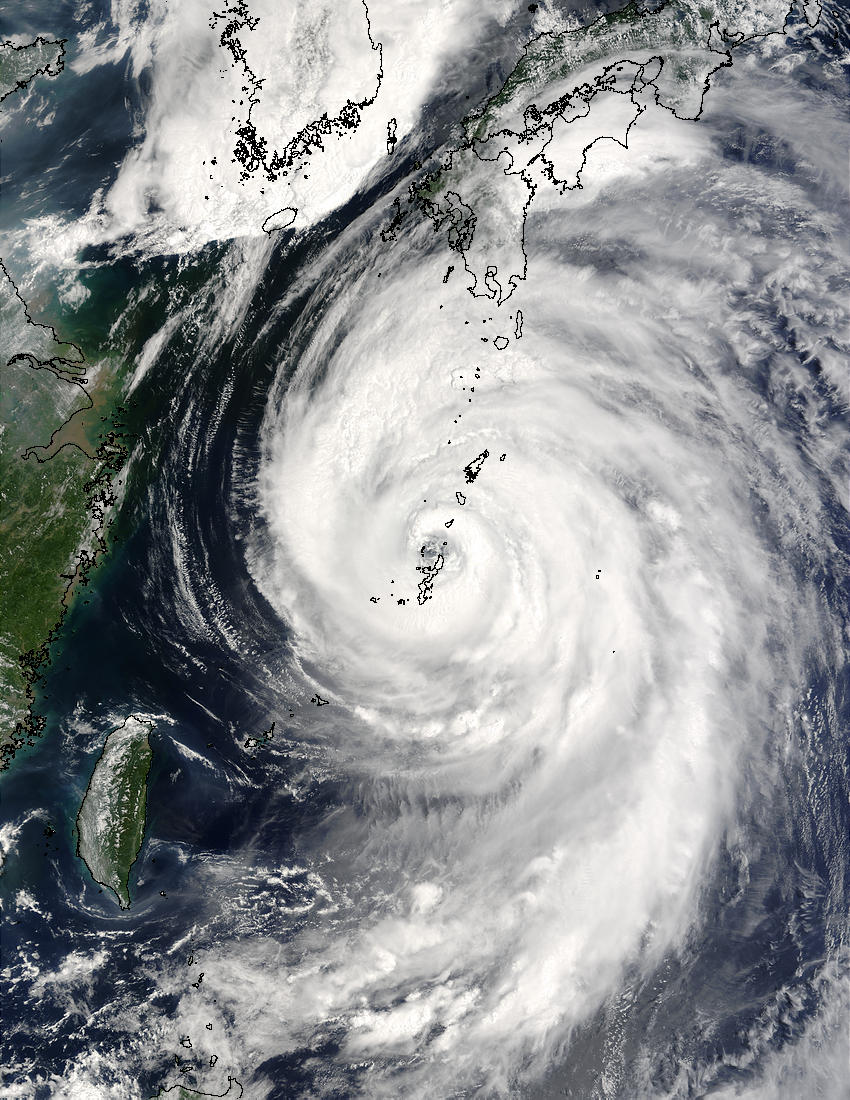 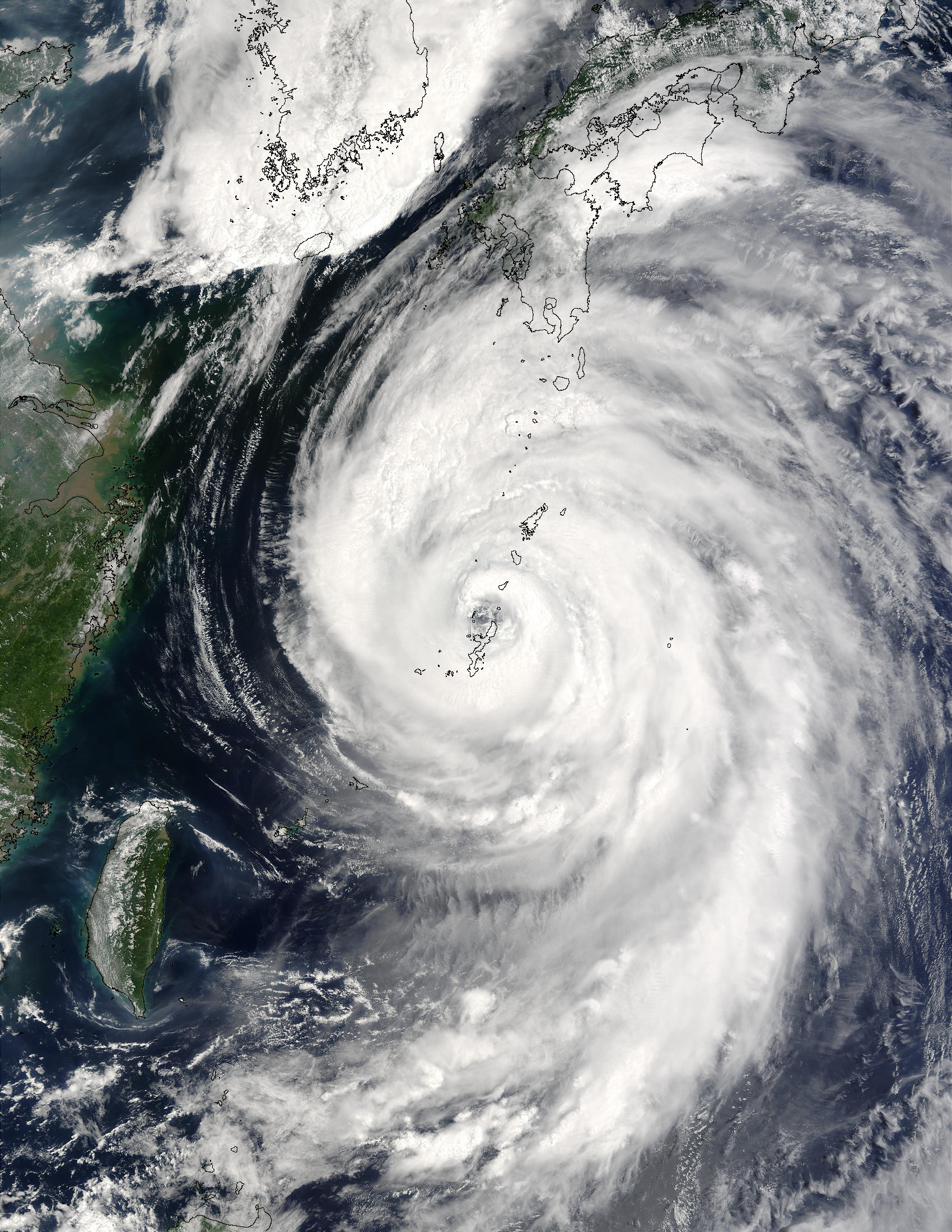 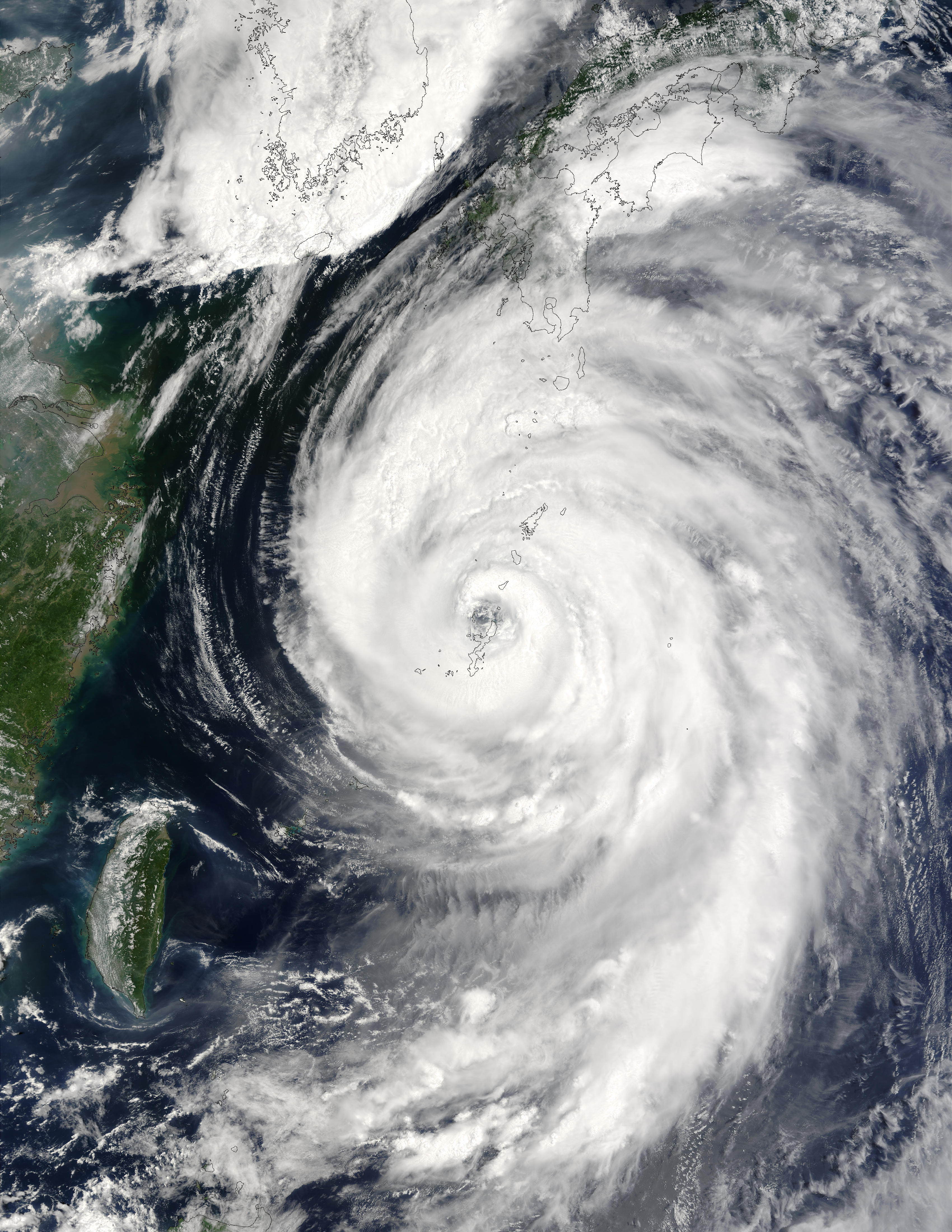 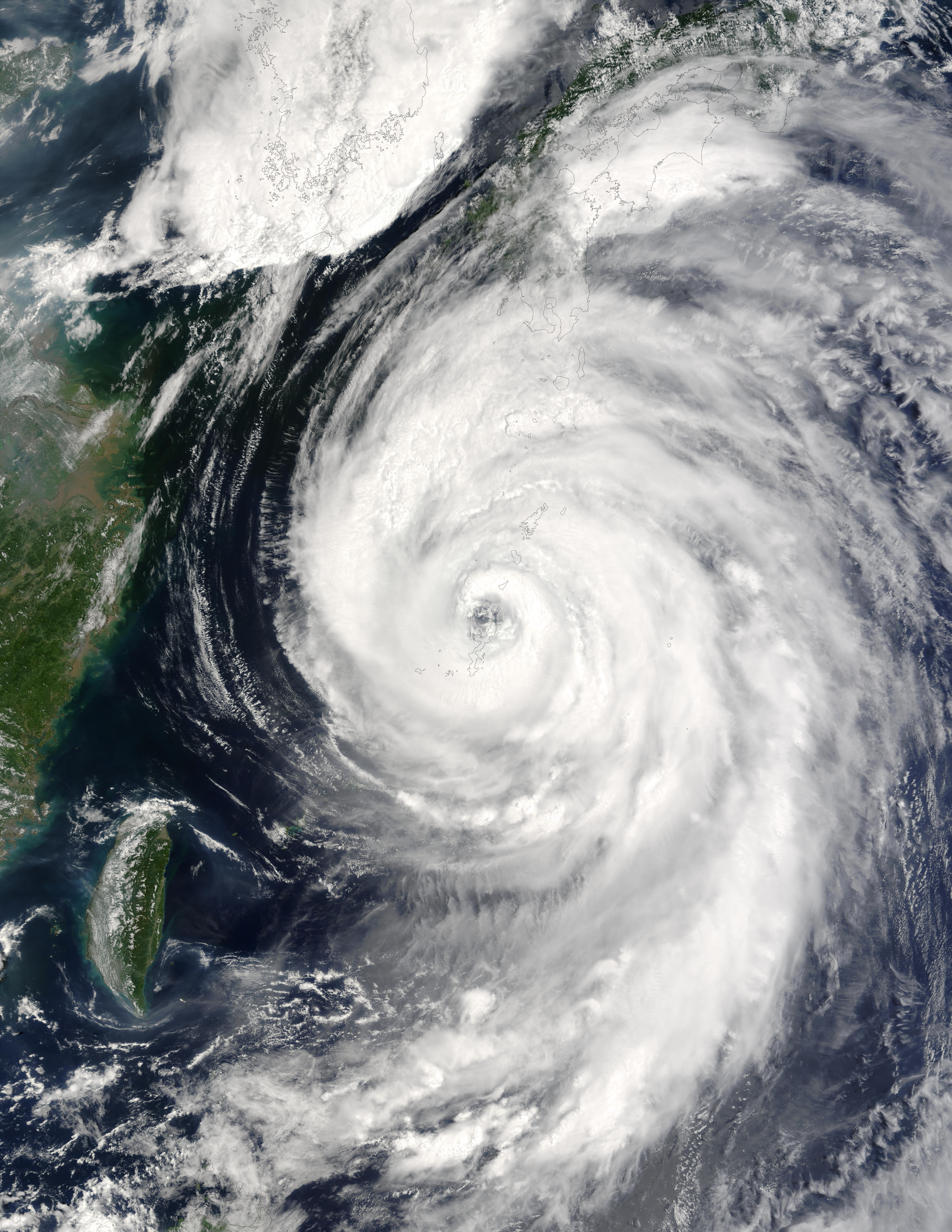 The MODIS instrument onboard NASA’s Terra spacecraft captured this bird’s-eye view of Typhoon Etau as it was buffeting the southern island chain of Okinawa, affecting airlines, a refinery and other industries.

In this image the center of Etau is located just north of Nago city and is moving north at 20 kilometers per hour with sustained winds of 144 kilometers per hour. Forecasters are predicting the storm will reach Kagoshima city on Kyushu island tomorrow and then veer off to the Sea of Japan, avoiding Tokyo.