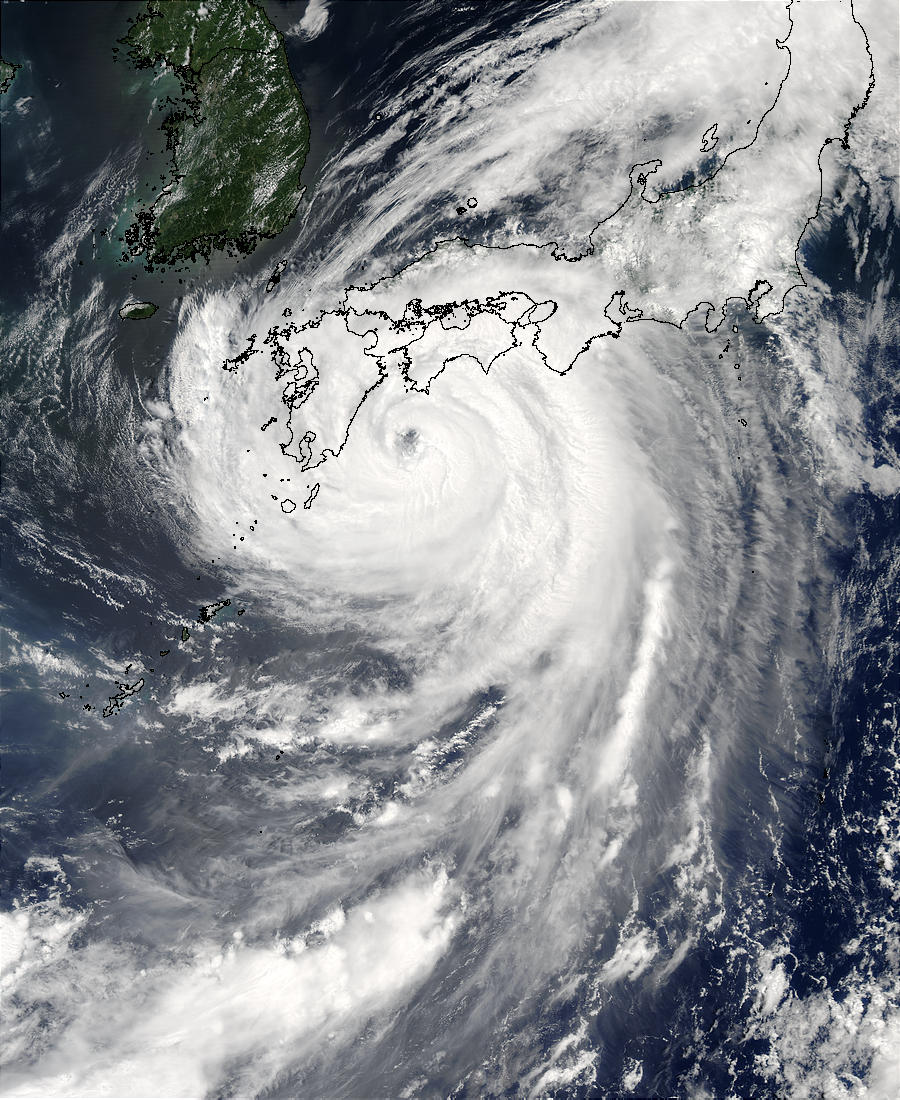 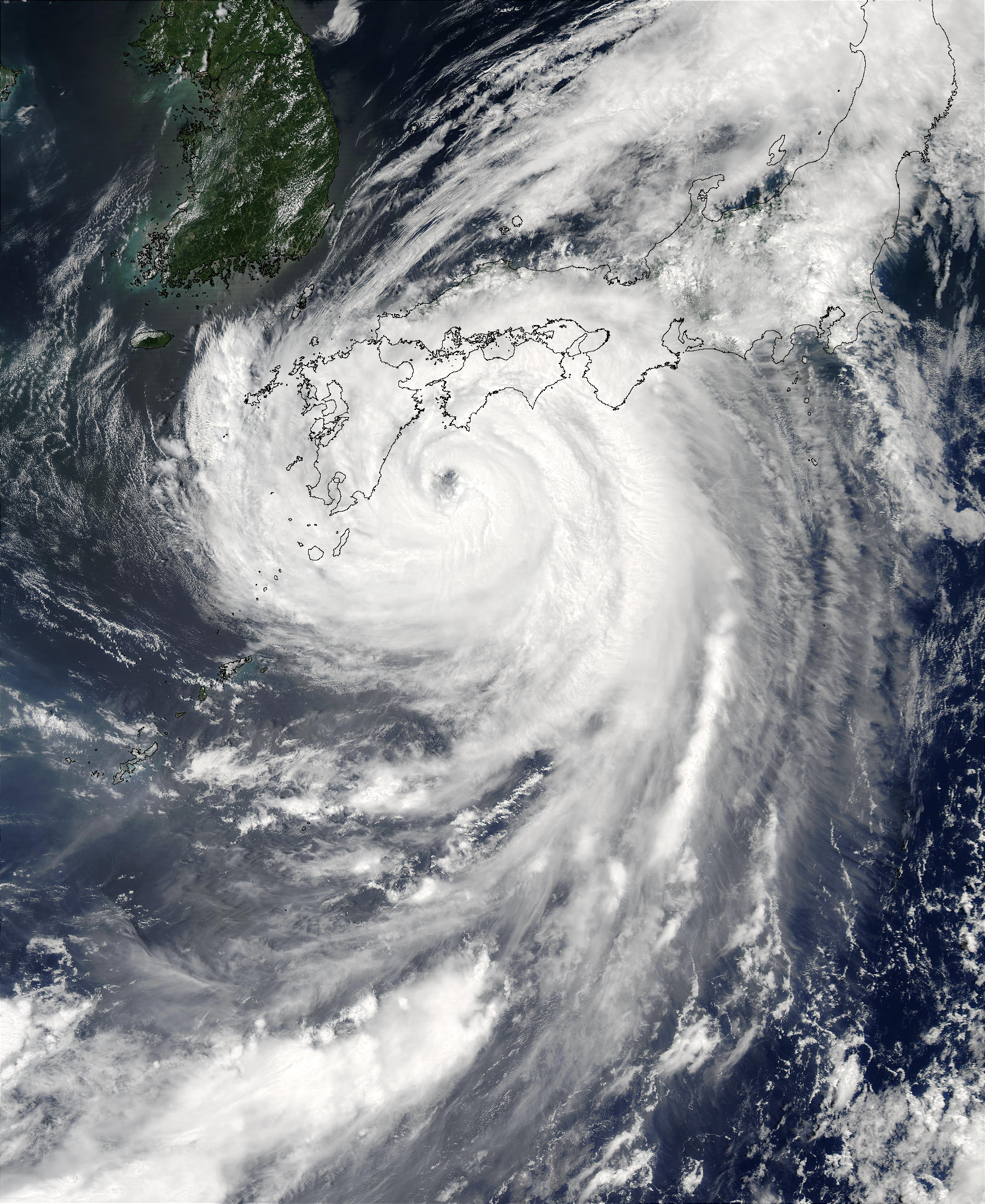 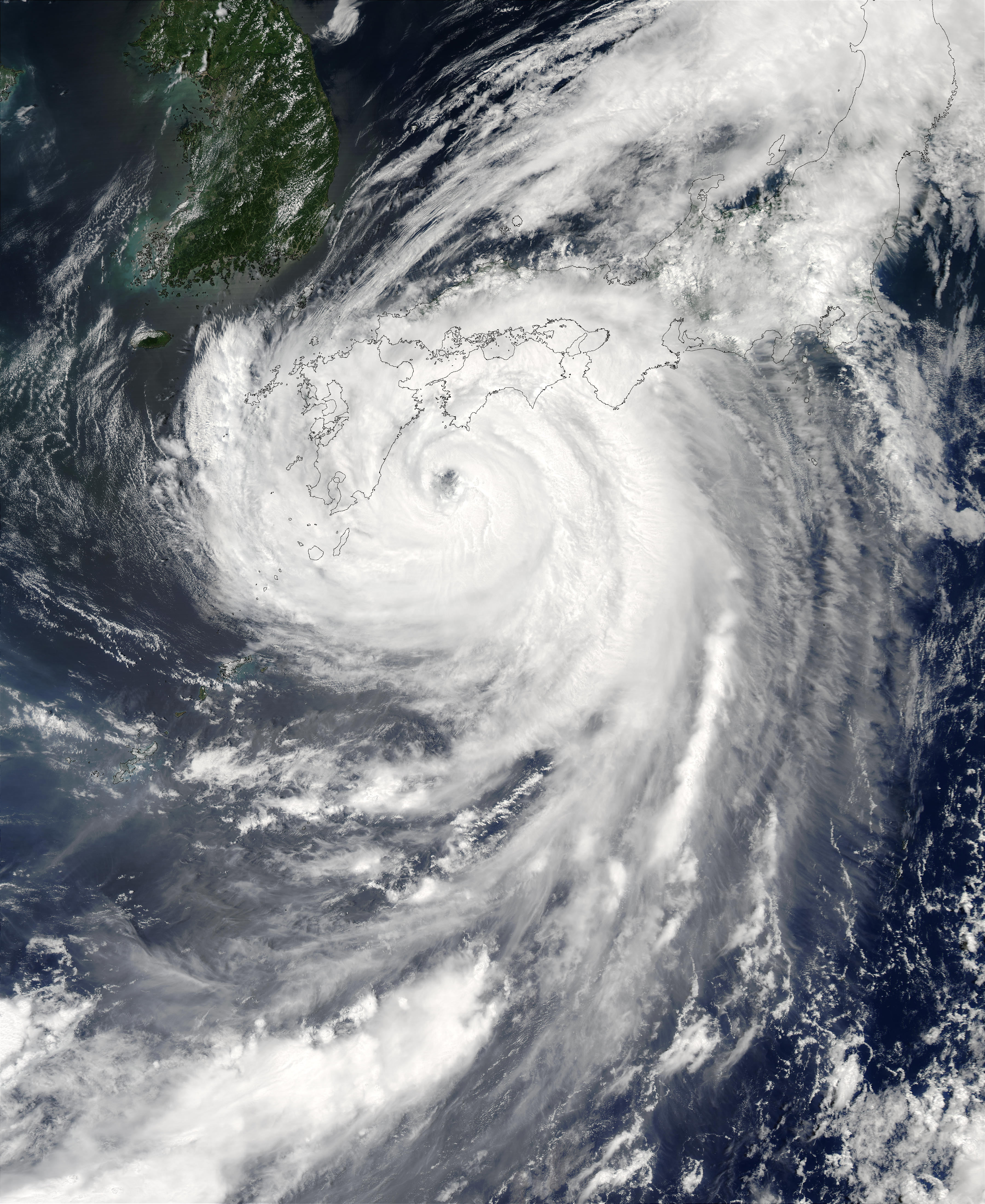 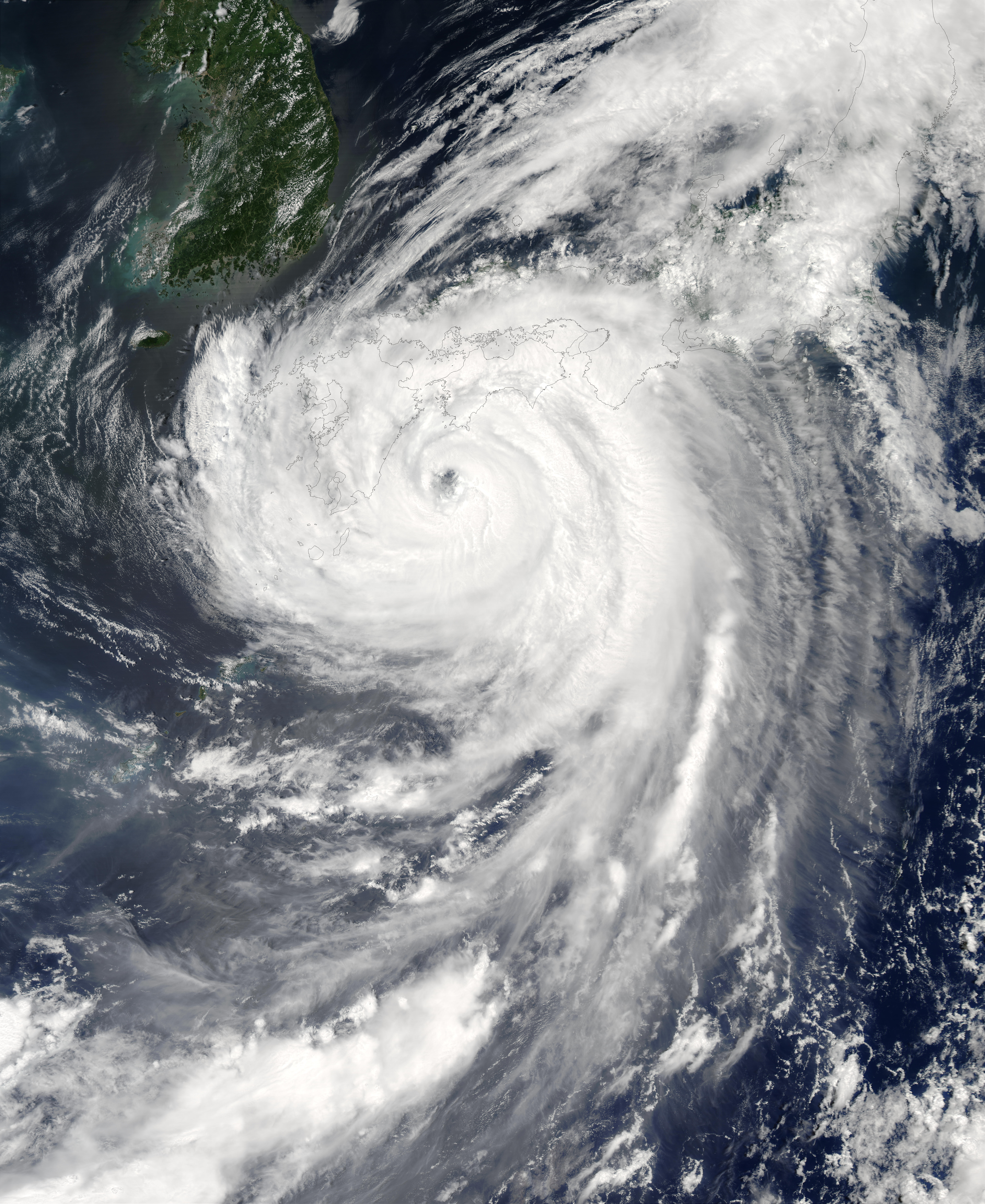 The MODIS instrument on NASA’s Aqua spacecraft captured this bird’s-eye view of Typhoon Etau as it was battering Kyushu, the southernmost of Japan’s four main islands, with torrential rains and strong winds. At the time of this image Etau was packing sustained winds of 90 kilometers per hour and was expected to dump as much as 70 cm (27 inches) of rain over the next 24 hours over southern Japan. Etau means “storm cloud” in the language of the Pacific island Palau.