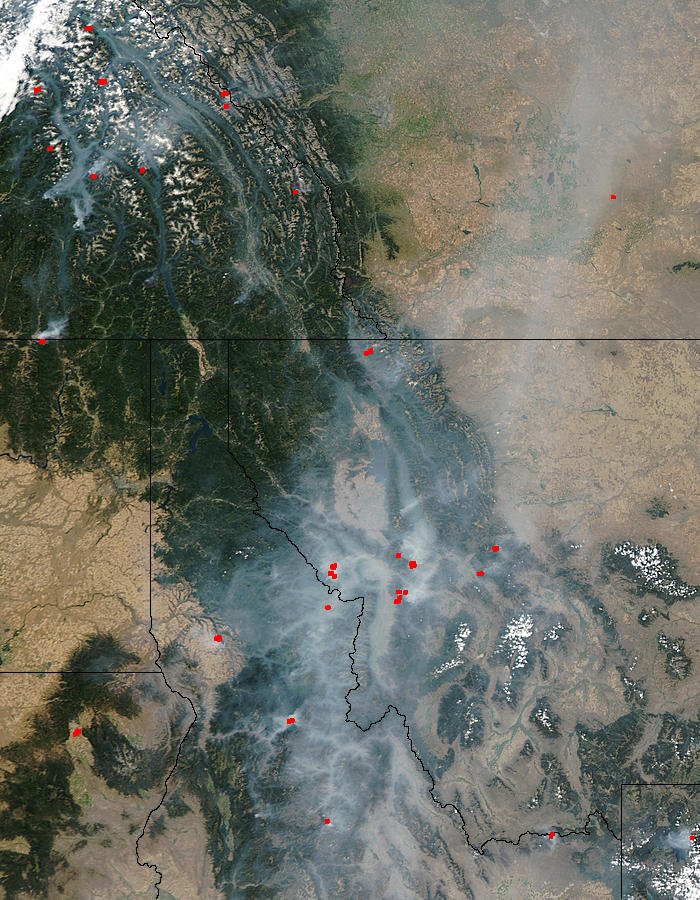 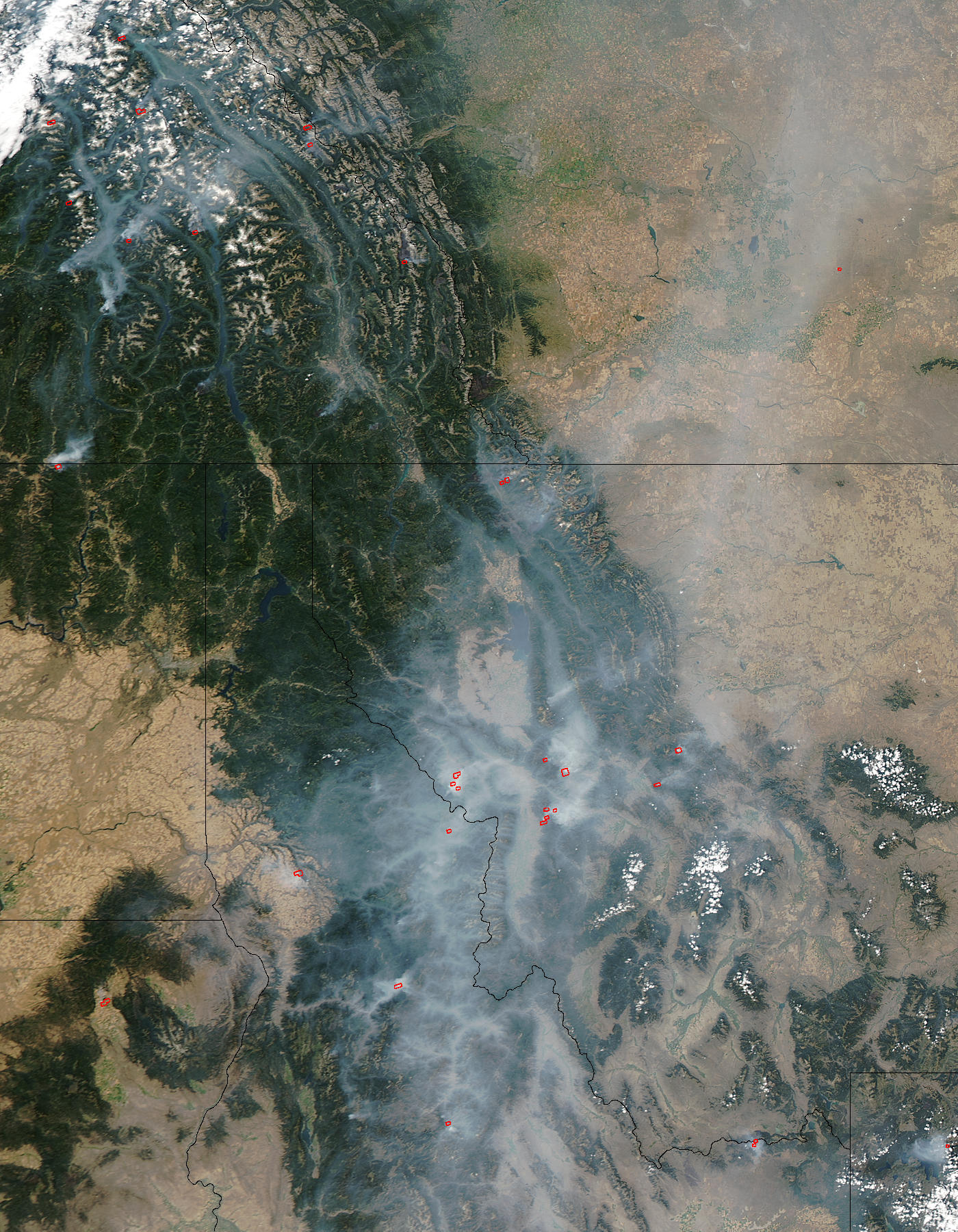 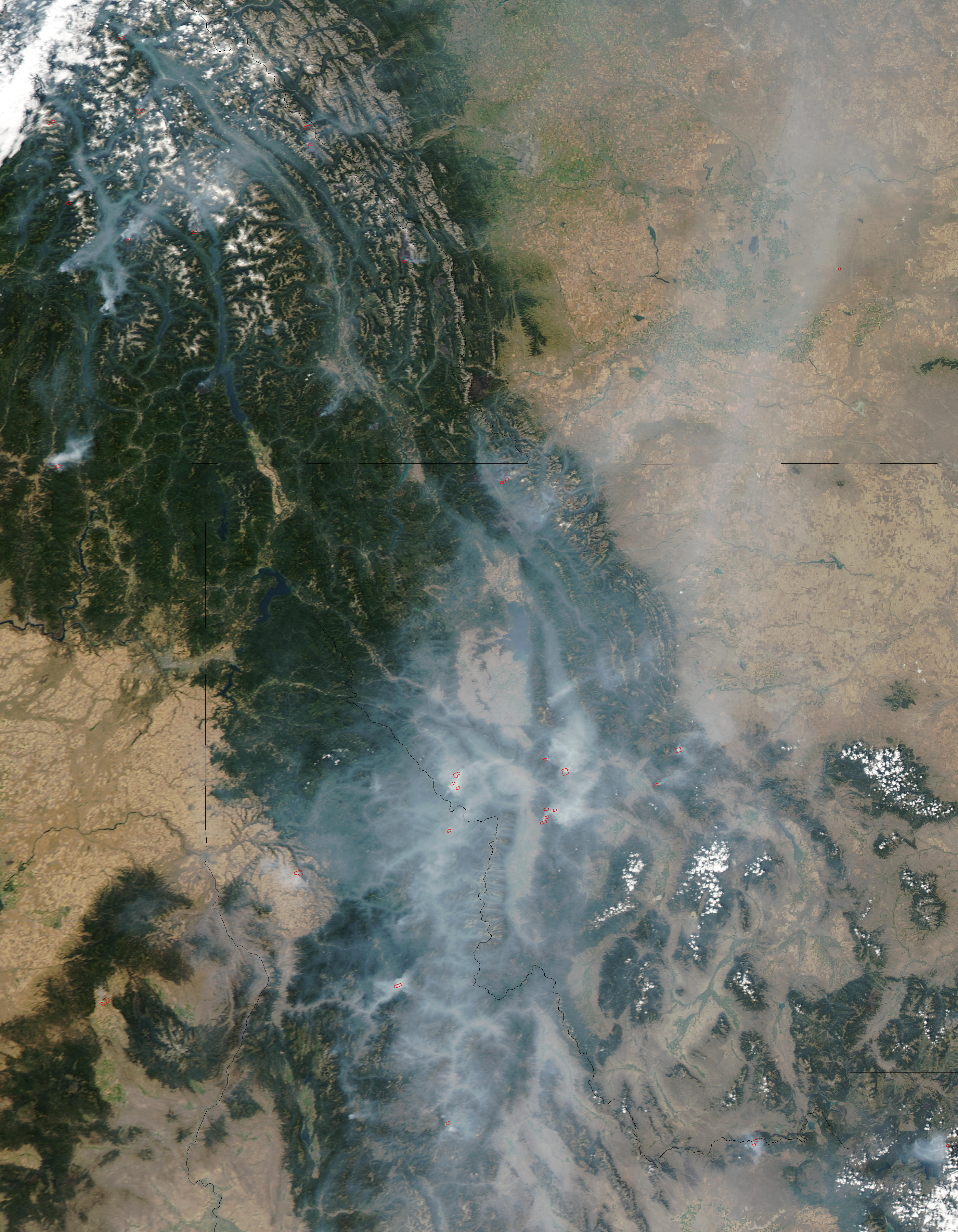 Fires and smoke in Montana, Idaho, and British Columbia

Though the 2003 fire season has been below-average nationally (77% of acreage and 70% of the number of fires over a 10-year average), the western United States and southwestern Canada have had an above-average level of fire activity, mostly due to persistent drought, insect-damage, and increased availability of fire-fuels (like grasses and scrub). The Northern Rocky Mountains were particularly hard-hit, as shown here in this true-color Aqua MODIS image from August 18, 2003.

In this image, the fires cast a veil of smoke over northern Idaho and western Montana. Scattered fires in southern British Columbia also sent plumes of smoke into the sky, which eventually joined the larger veil drifting northeast. For more information about the 2003 Wild Fire Season, please visit the National Interagency Fire Center.