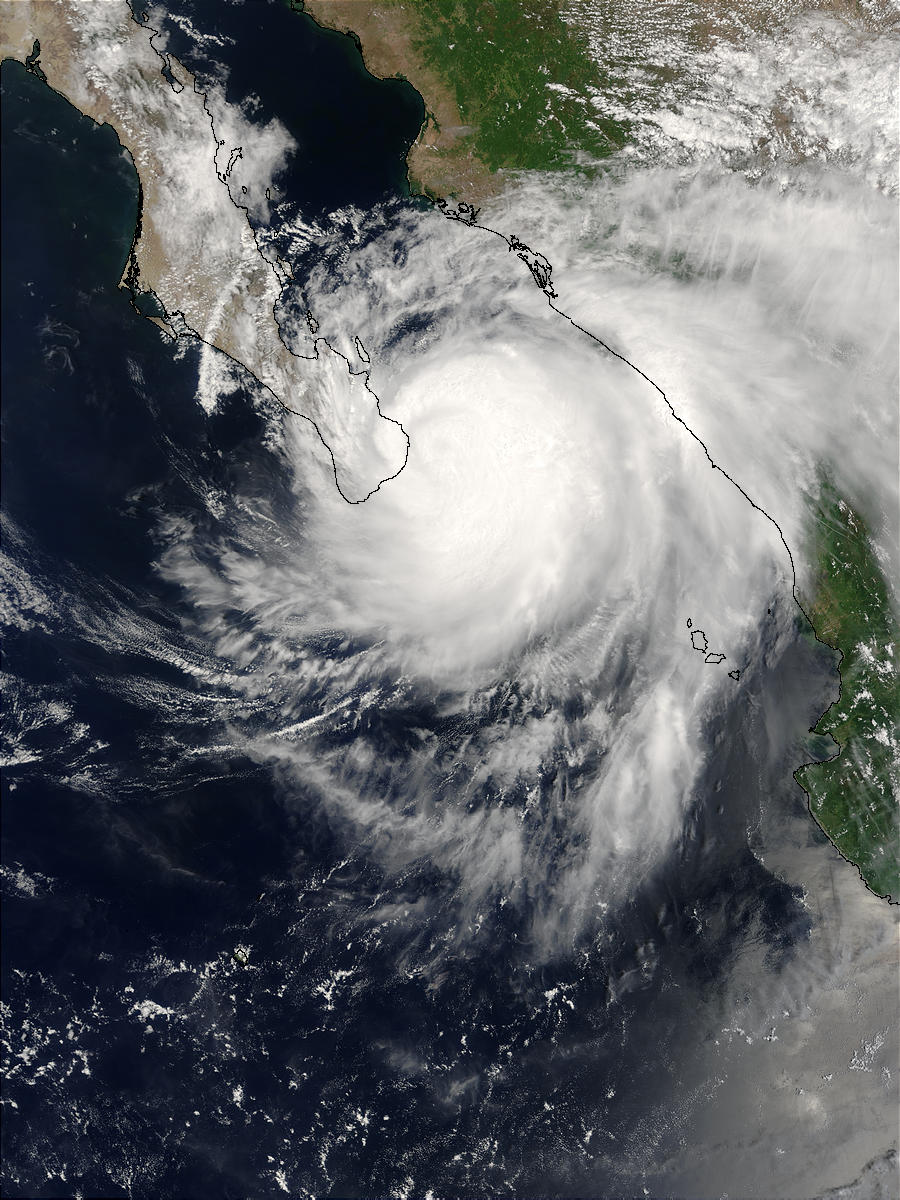 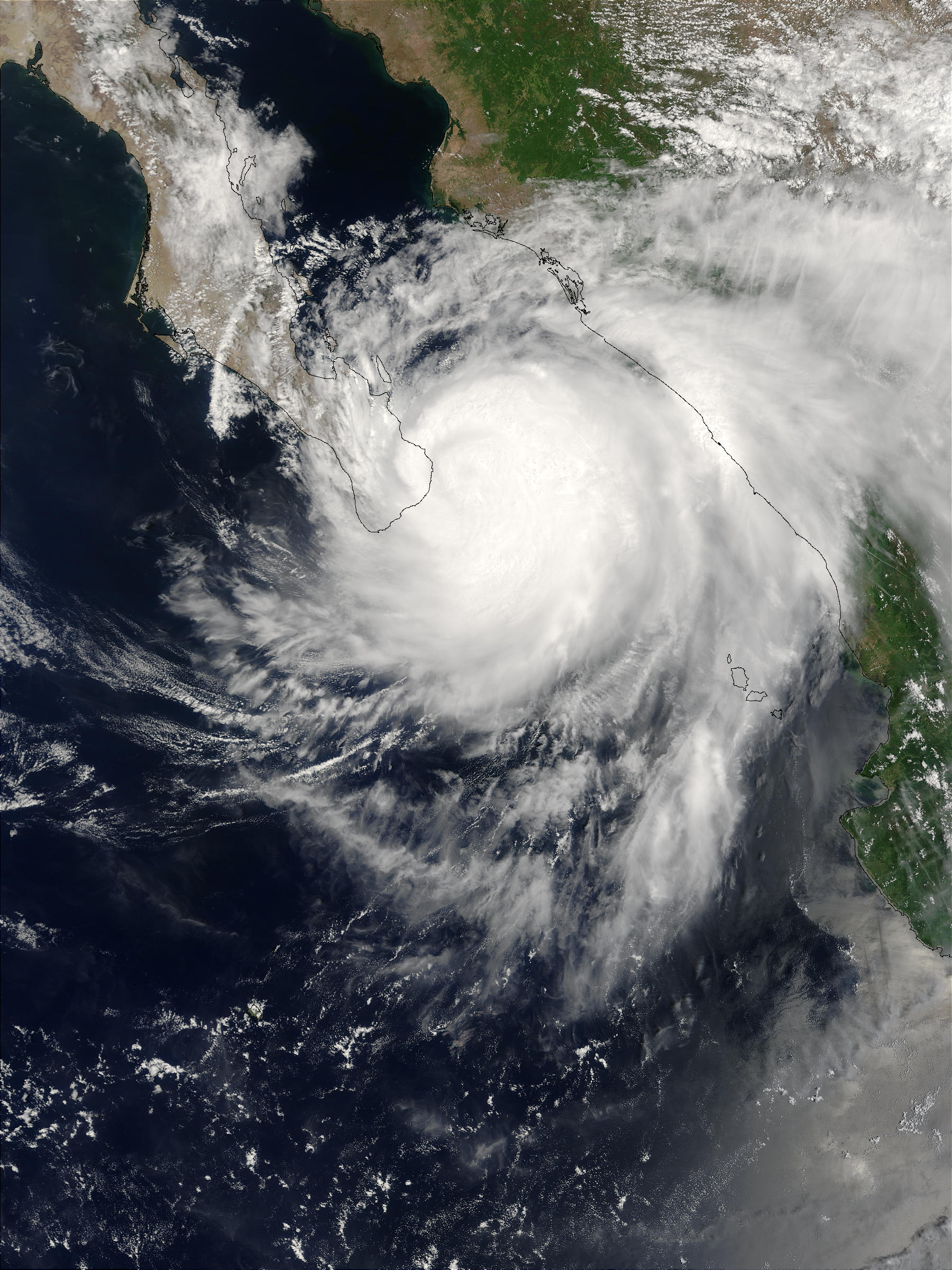 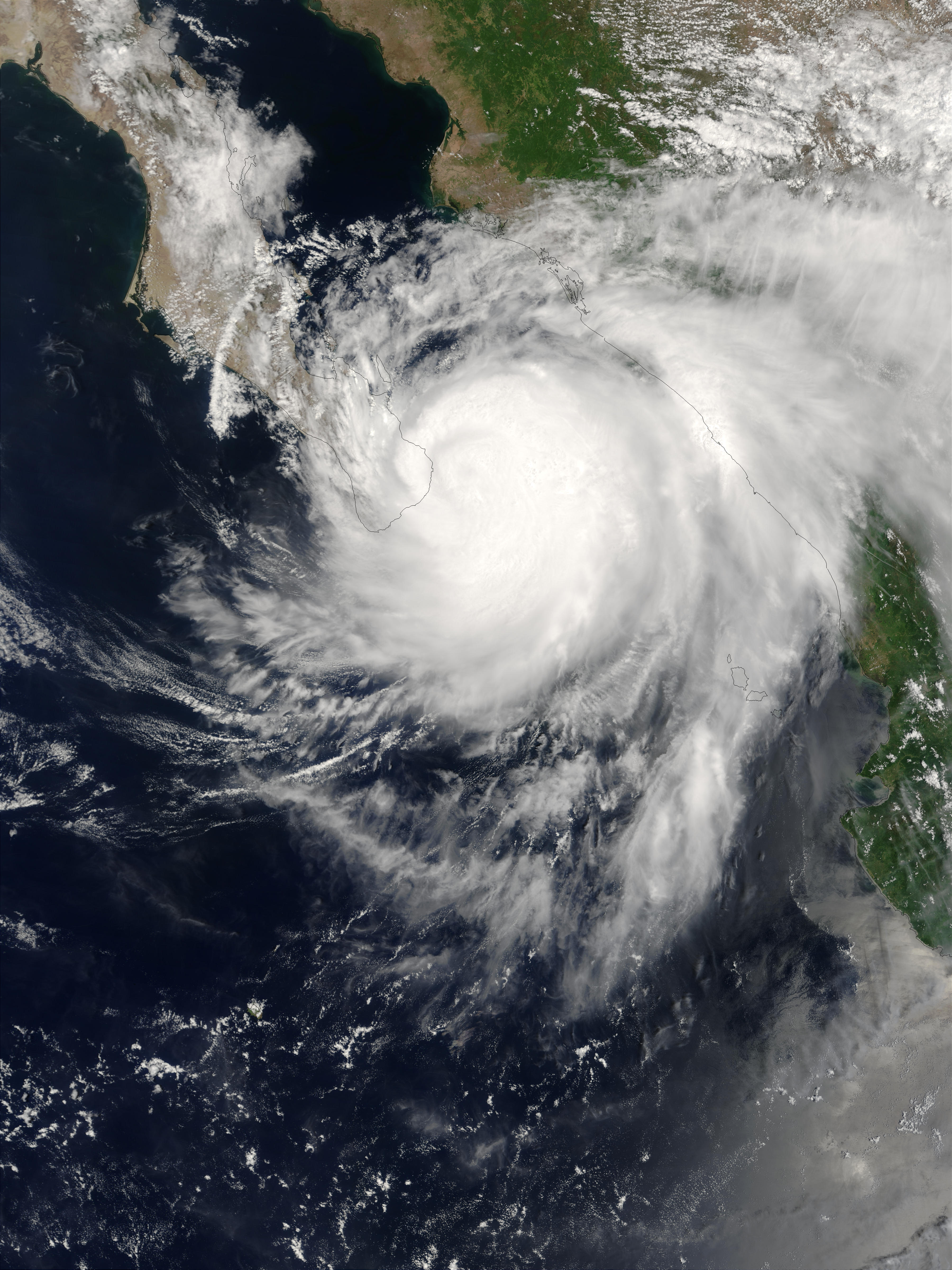 The MODIS instrument onboard NASA´s Terra spacecraft captured this true-color image of Hurricane Ignacio as it was bearing down on the southern tip of Baja.

At the time this image was taken on August 24, 2003, Ignacio was packing winds near 105 mph, making it a Category 2 storm on the Saffir-Simpson scale. The National Hurricane center was prediciting 10-15 inches of rain to fall in the southern baja region and said the rains could cause “life-threatening” flash floods and mudslides.