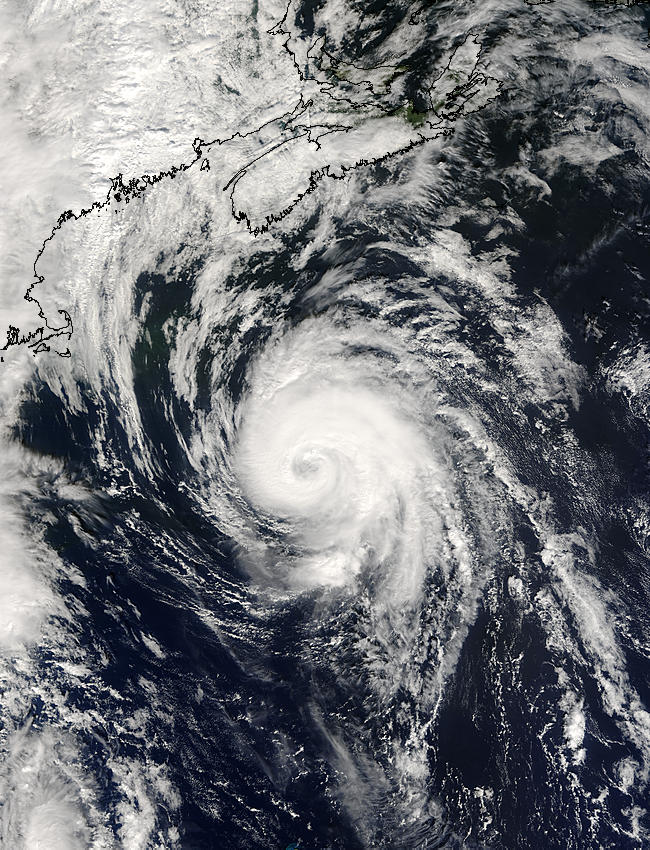 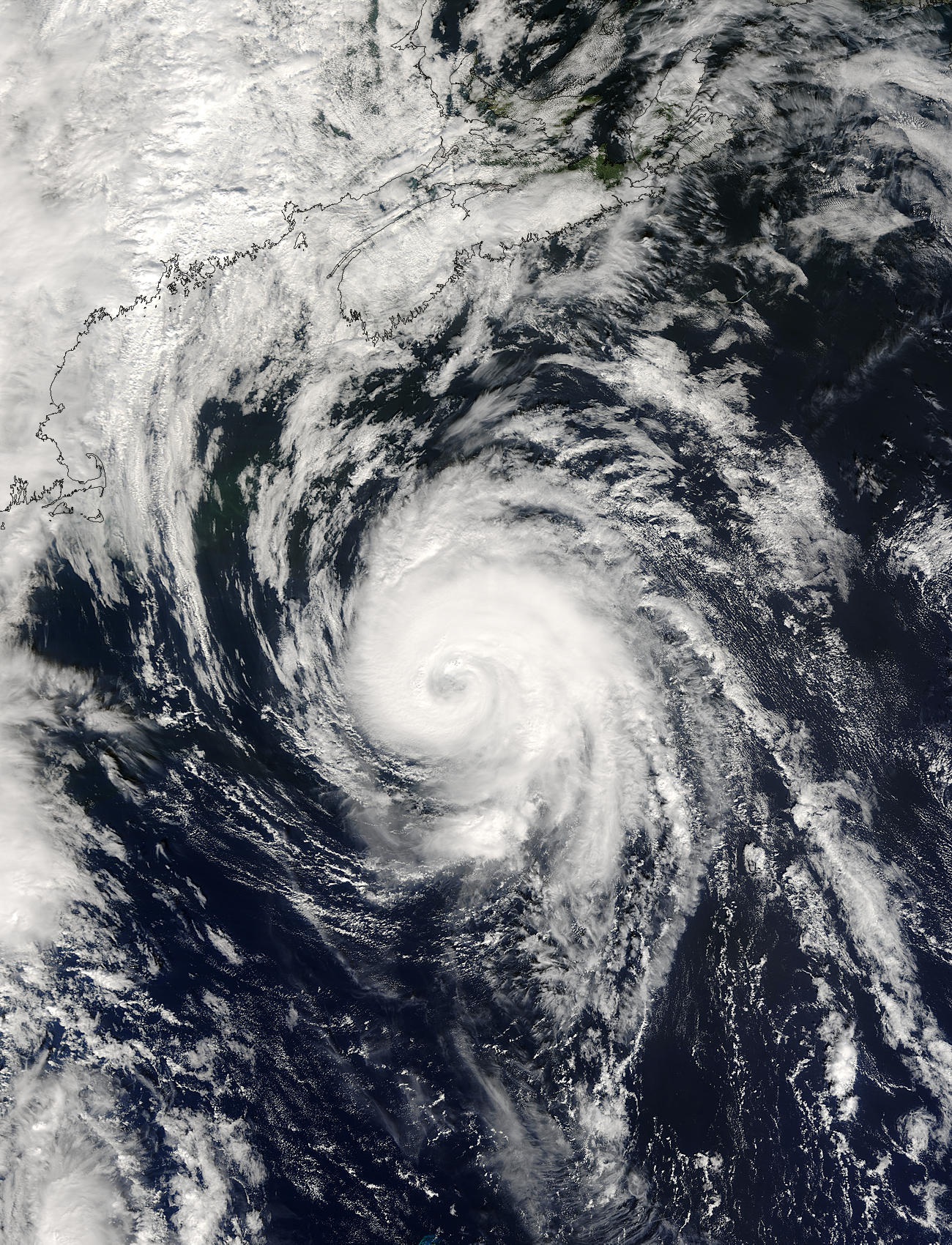 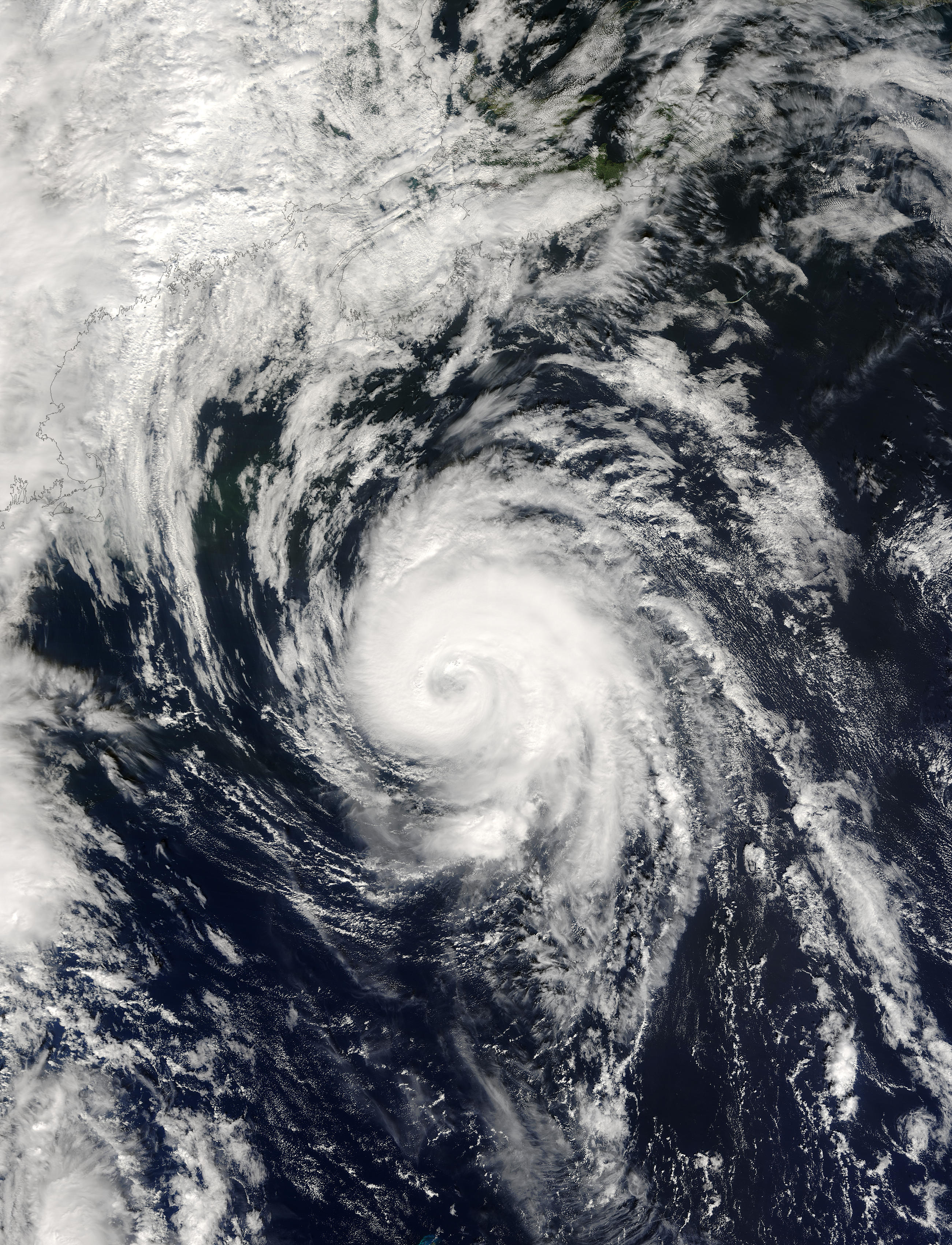 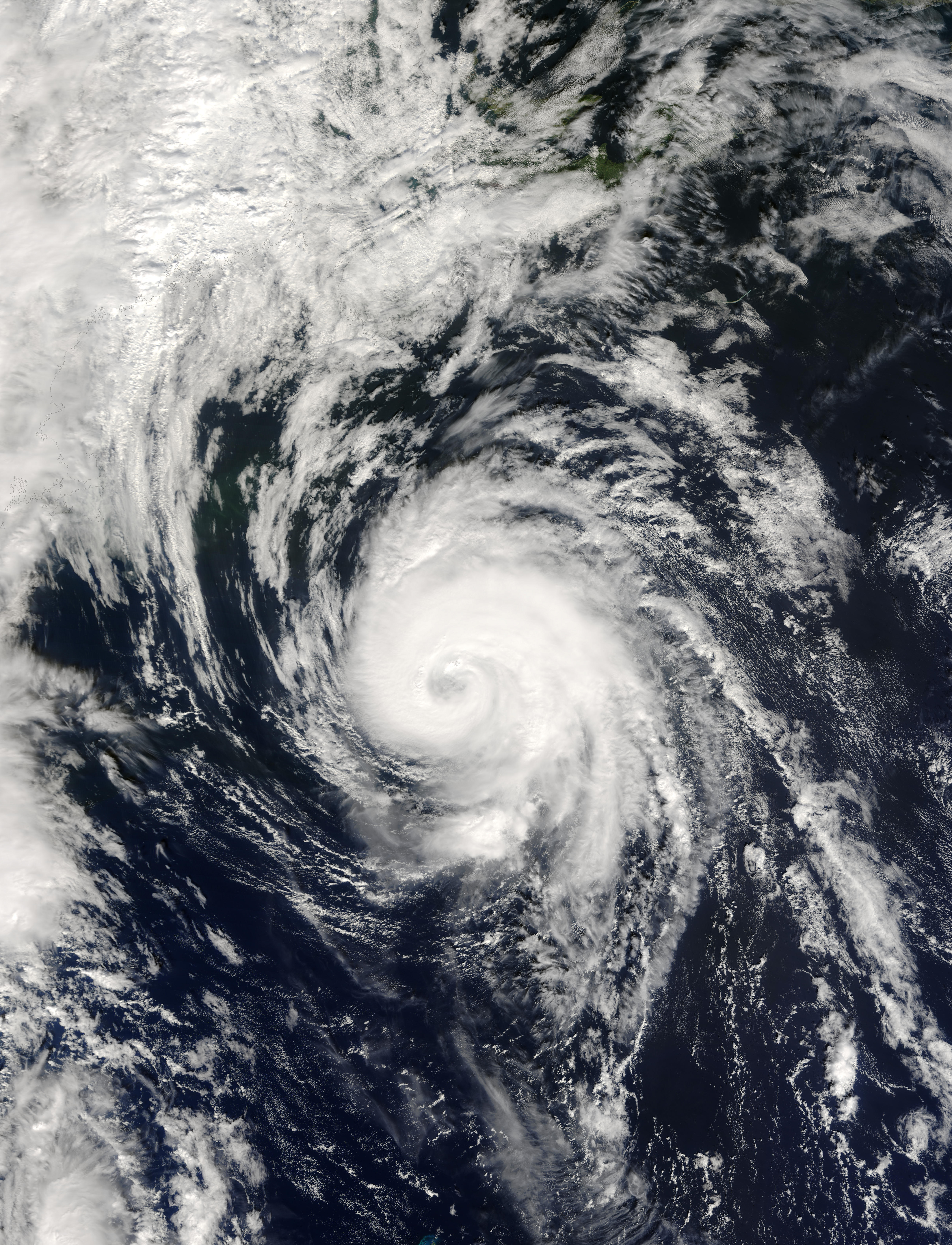 The Moderate Resolution Imaging Spectroradiometer (MODIS) instrument onboard NASA's Terra satellite captured this true-color image of Hurricane Juan approximately 360 miles south of Halifax, Nova Scotia. At the time this image was taken on September 28, 2003, Juan was packing sustained winds near 100 miles per hour and was moving to the north at 20 miles per hour.