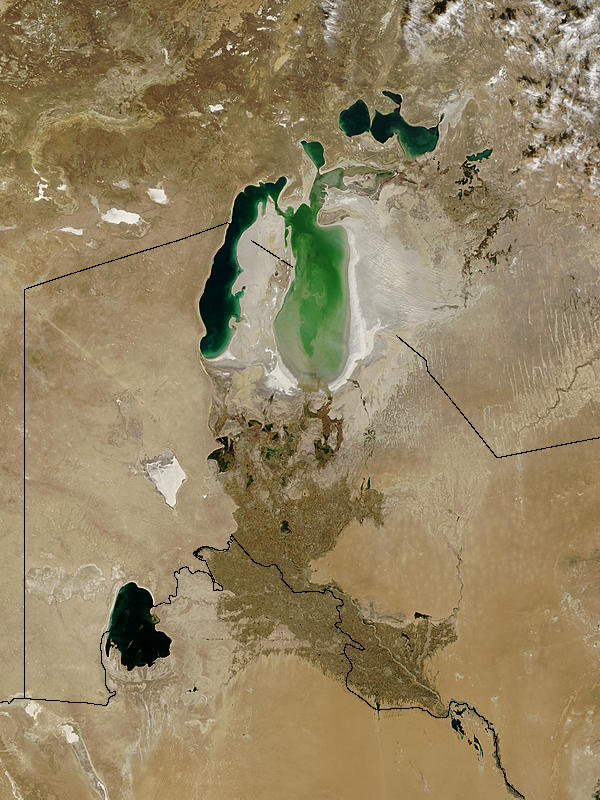 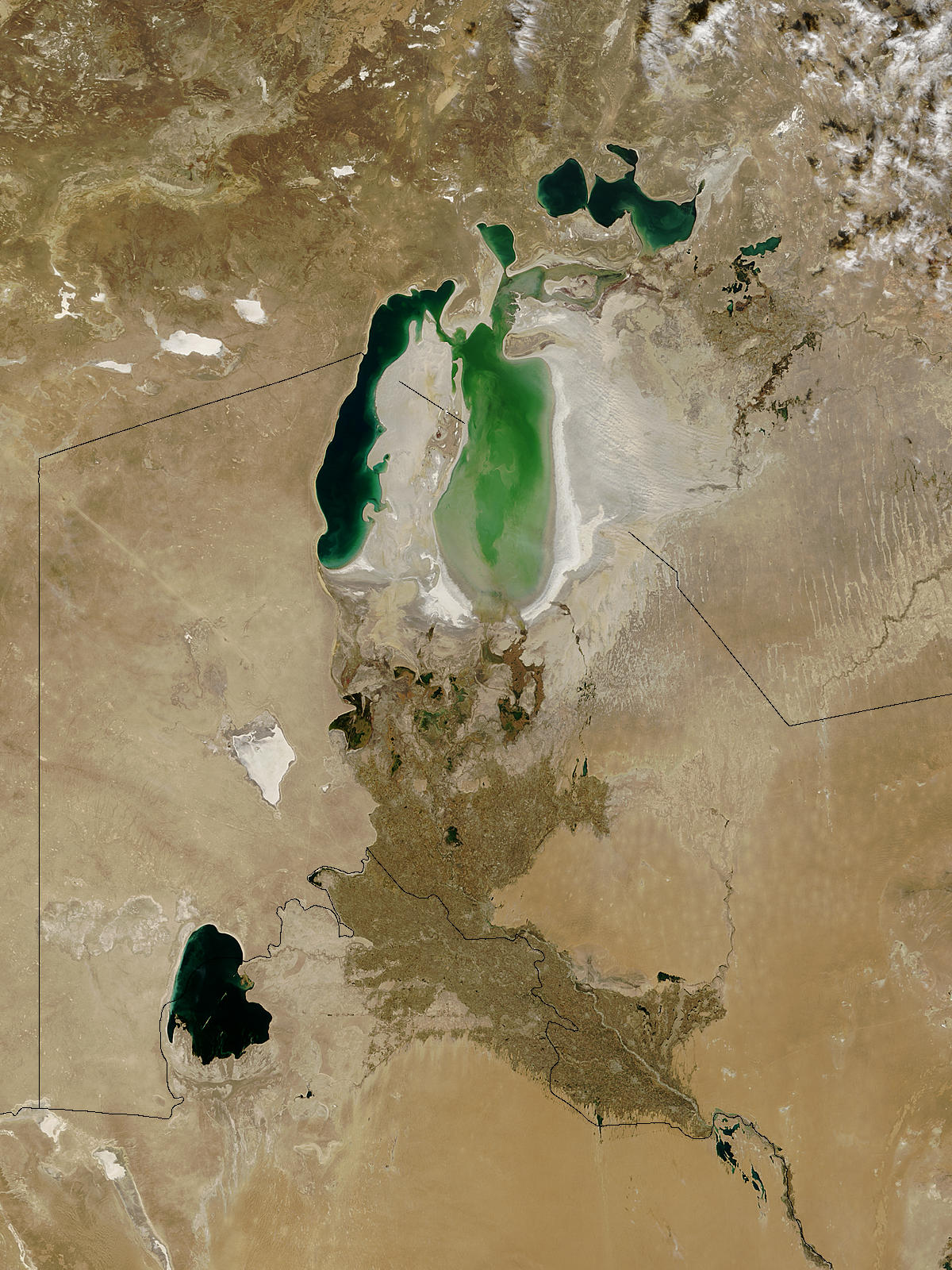 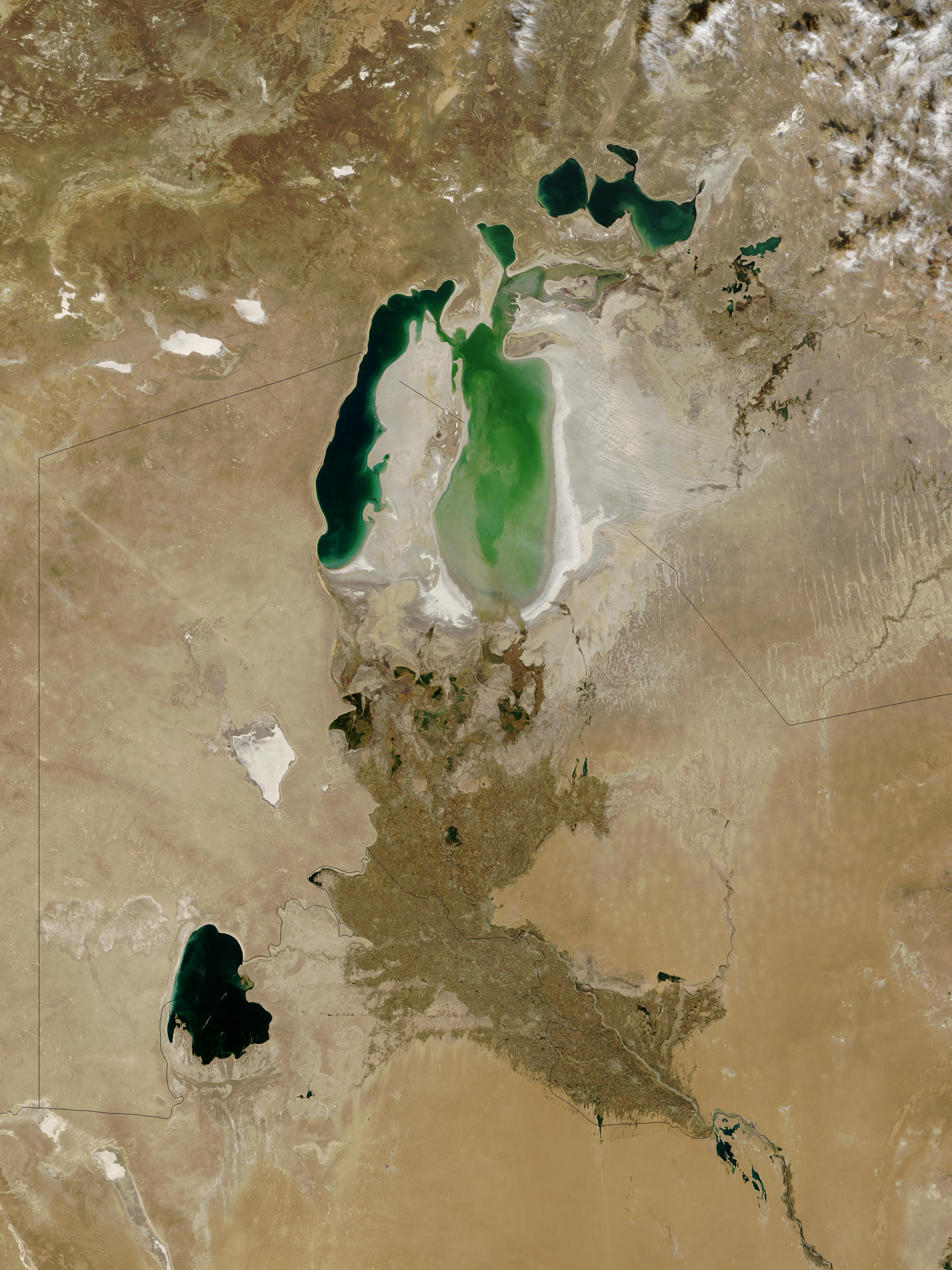 The Aral Sea continues to shrink as the summer draws to a close. Once the fourth largest inland sea, the Aral Sea in southern Kazakhstan and northern Uzbekistan has divided into three bodies of water. While the Northern Aral Sea and the Southern Aral Sea have been separate for much of the 1990s, the Southern Aral Sea split along a north-south axis more recently. In this true-color Moderate Resolution Imaging Spectroradiometer (MODIS) image, the eastern half of the Southern Aral Sea appears particularly smaller than previous images have shown. The southern edges have turned a dusty brown to match the surrounding shoreline, and the jade-green waters have retreated to the center and top of the Sea. This image was captured on October 10, 2003 by the Terra satellite.

The Sea is shrinking for several reasons. First, it is surrounded by the Central Asian deserts, so about 60 square kilometers of water evaporates from its surface every year. Also, agricultural development in the region over the past forty years decreased the amount of water flowing from the rivers Syr Darya and Amu Darya into the Sea. By 1995, the volume of the Sea had decreased by 75 percent, and by 2000, 42,000 square kilometers of land had been exposed as a result of receding water levels.

As the salty water evaporates, it leaves dry salt beds seen as bright, white fields along the shore in this image. The bright green color of the Sea is probably caused by sediment in the shallow waters. To the south of the Sea, a web of vegetation along the banks of the river Amu Darya appears darker brown against the tan desert land. The body of water in bottom left of the image is Sariqumish Kuli, a lake on the northern borders of Turkmenistan.