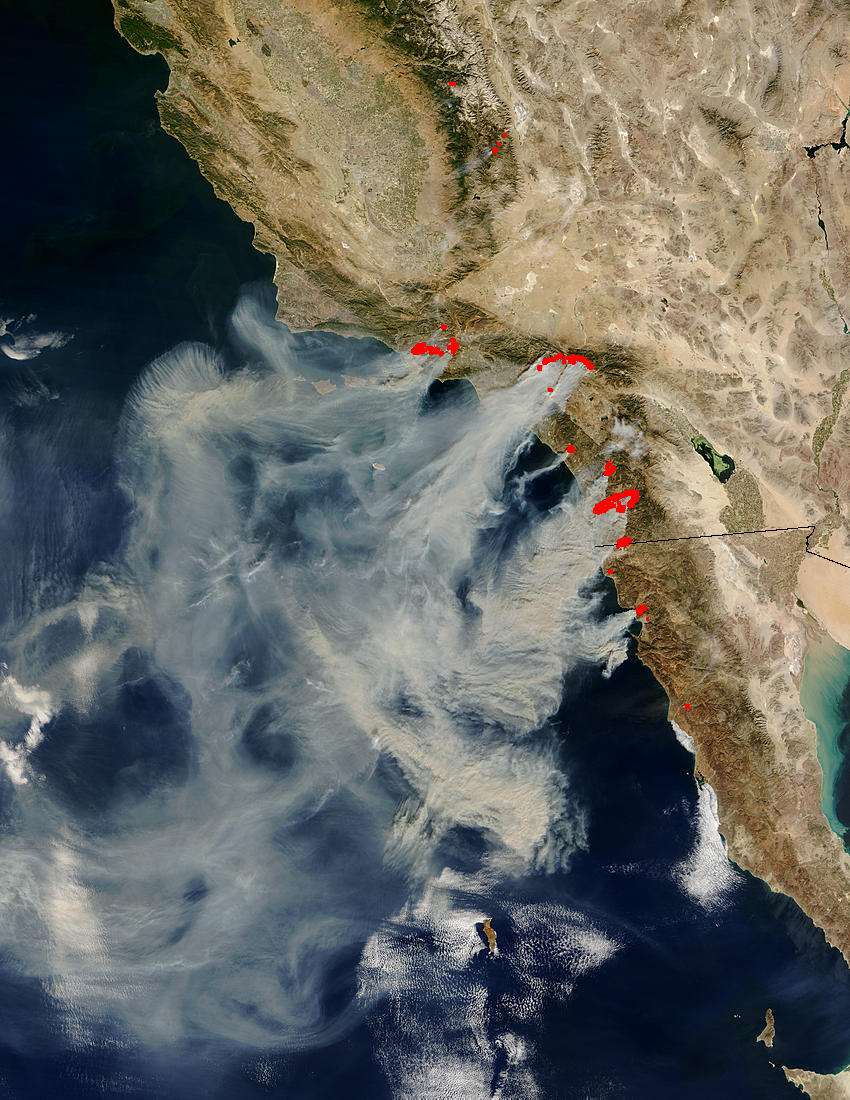 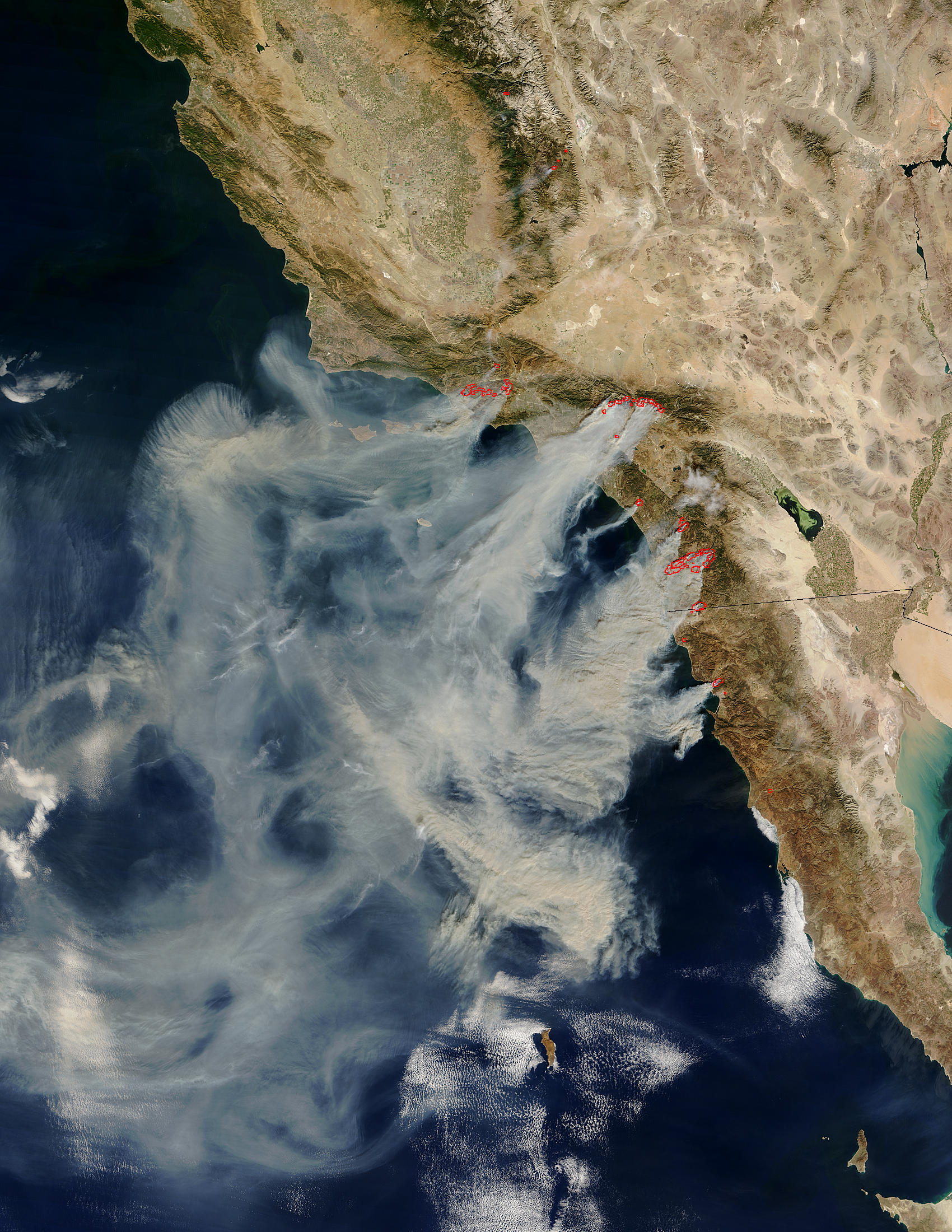 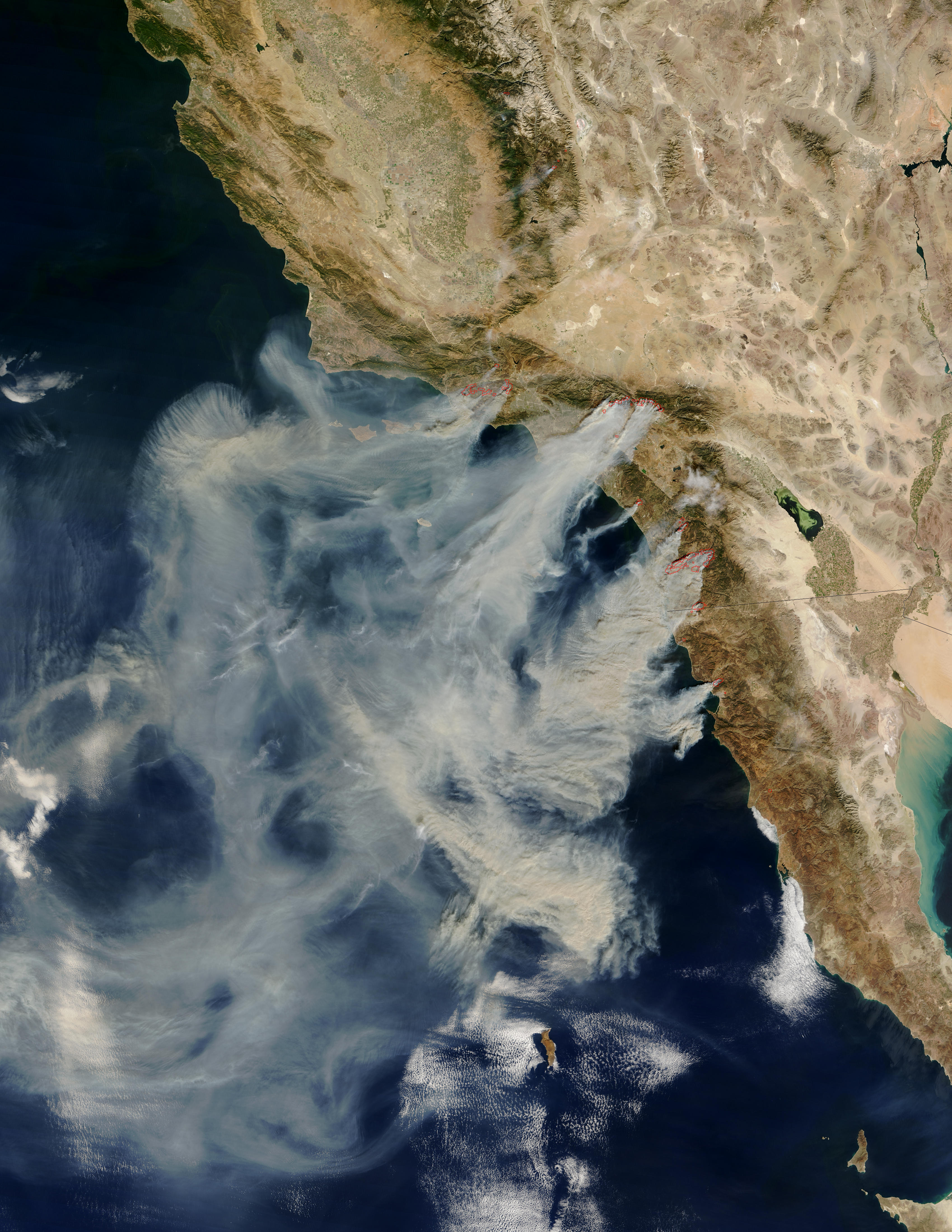 Several massive wildfires were raging across southern California over the weekend of October 25, 2003. Whipped by the hot, dry Santa Ana winds that blow toward the coast from interior deserts, at least one fire grew 10,000 acres in just 6 hours. (Compare this scene with one captured by Aqua MODIS just one day before.) The Moderate Resolution Imaging Spectroradiometer (MODIS) on the Terra satellite captured this image of the fires and clouds of smoke spread over the region on October 26, 2003.