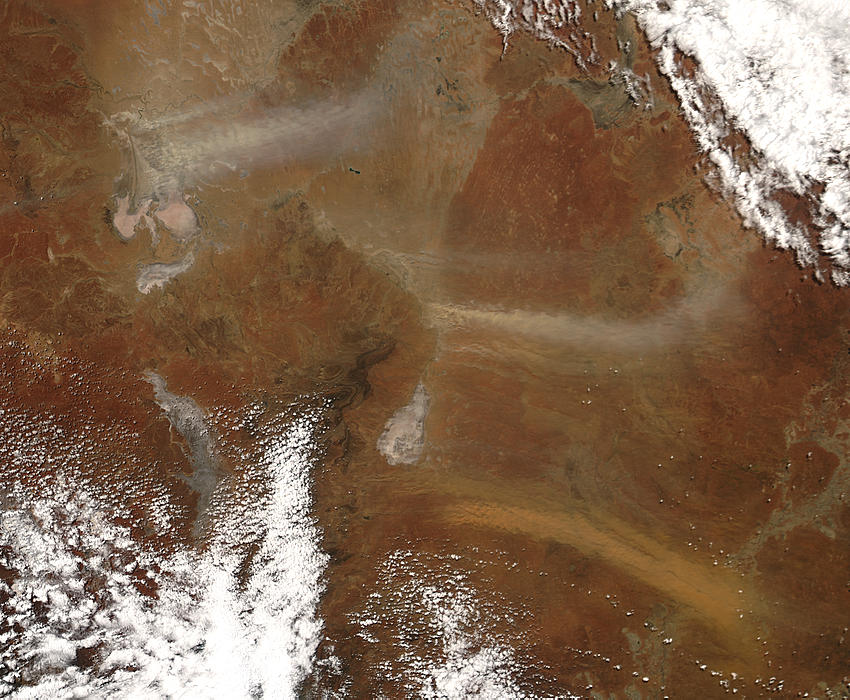 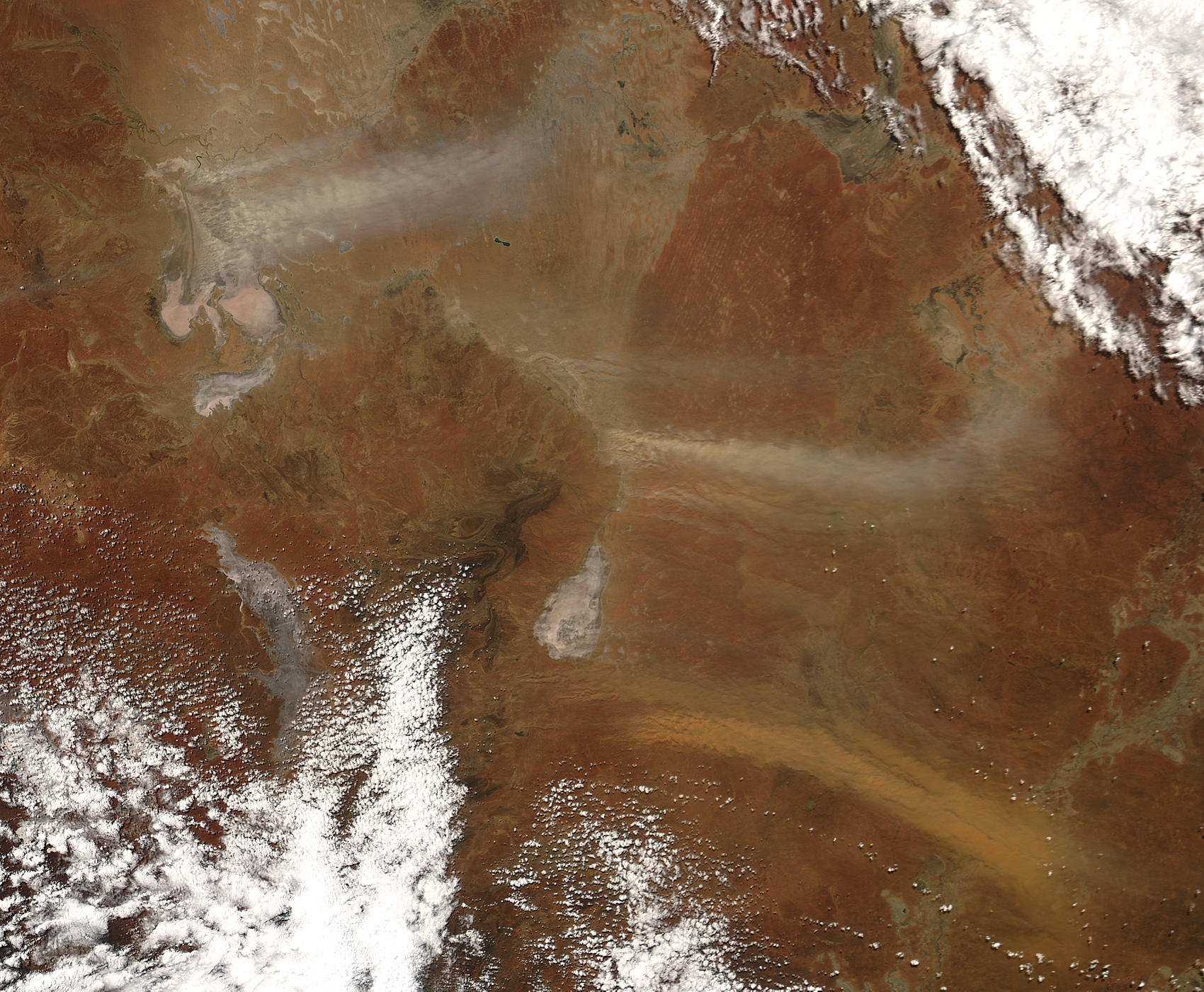 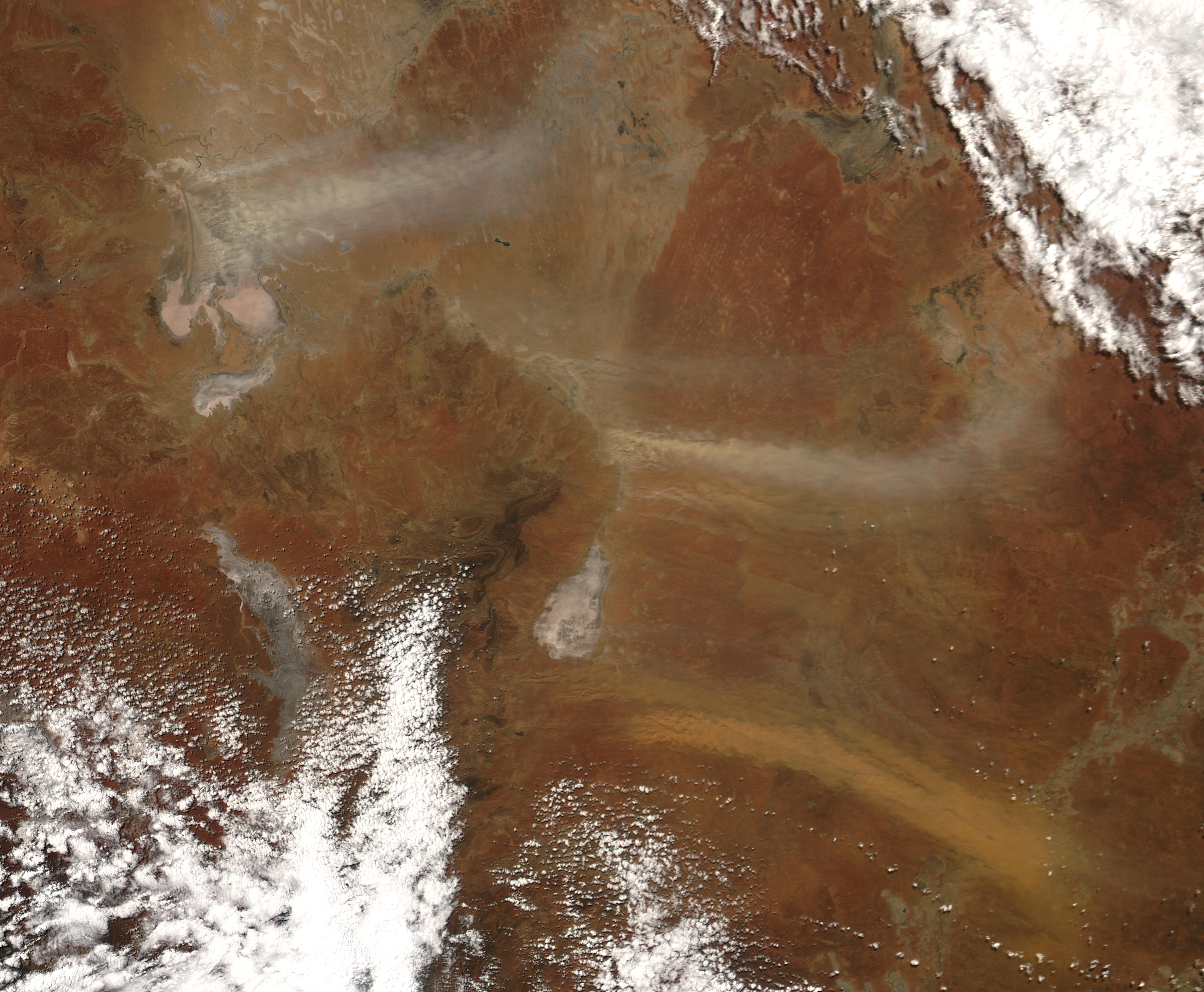 Fierce winds whipped across southern Australia on October 28, 2003, scouring dust from the rocky desert terrain of South Australia and spreading it out over New South Wales and on to the Tasman Sea. This Moderate Resolution Imaging Spectroradiometer (MODIS) image from the Aqua satellite pictures northeastern South Australia where there are three separate streams of dust blowing eastward.

At top left, dust blows over the dry Lake Eyre lake bed. In image center, dust blows over the southern part of the Sturt-Stony Desert, which lies northeast of the dark, sinuous ripples of the Flinders Ranges (left of center). A reddish plume of dust runs along the bottom right of the scene, stretching out over the Darling River. Just east of the area pictured here, severe wind damage was reported in the town of Broken Hill, New South Wales. Trees were uprooted and roofs were ripped off homes by the strong winds that also blew the dust out to sea.