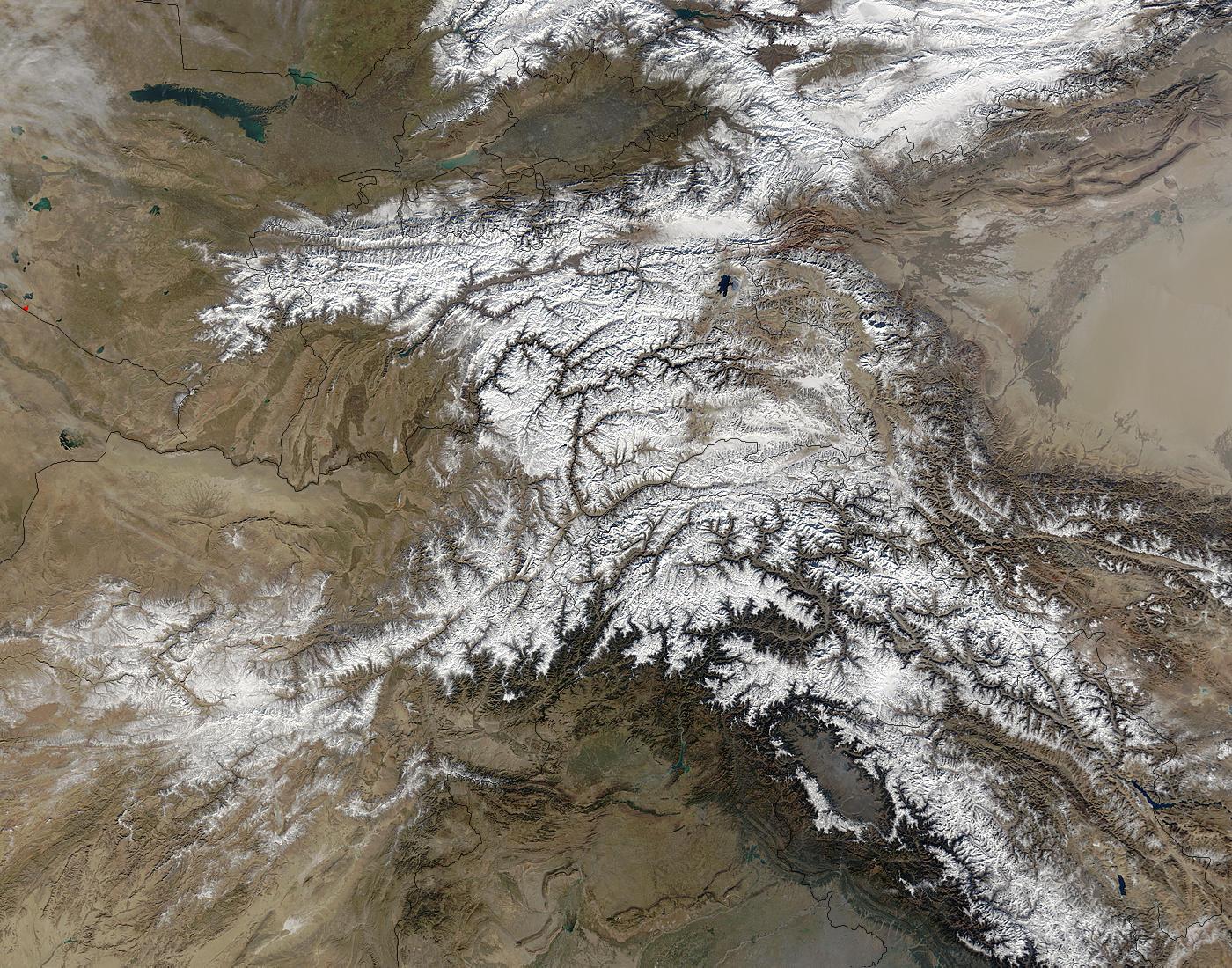 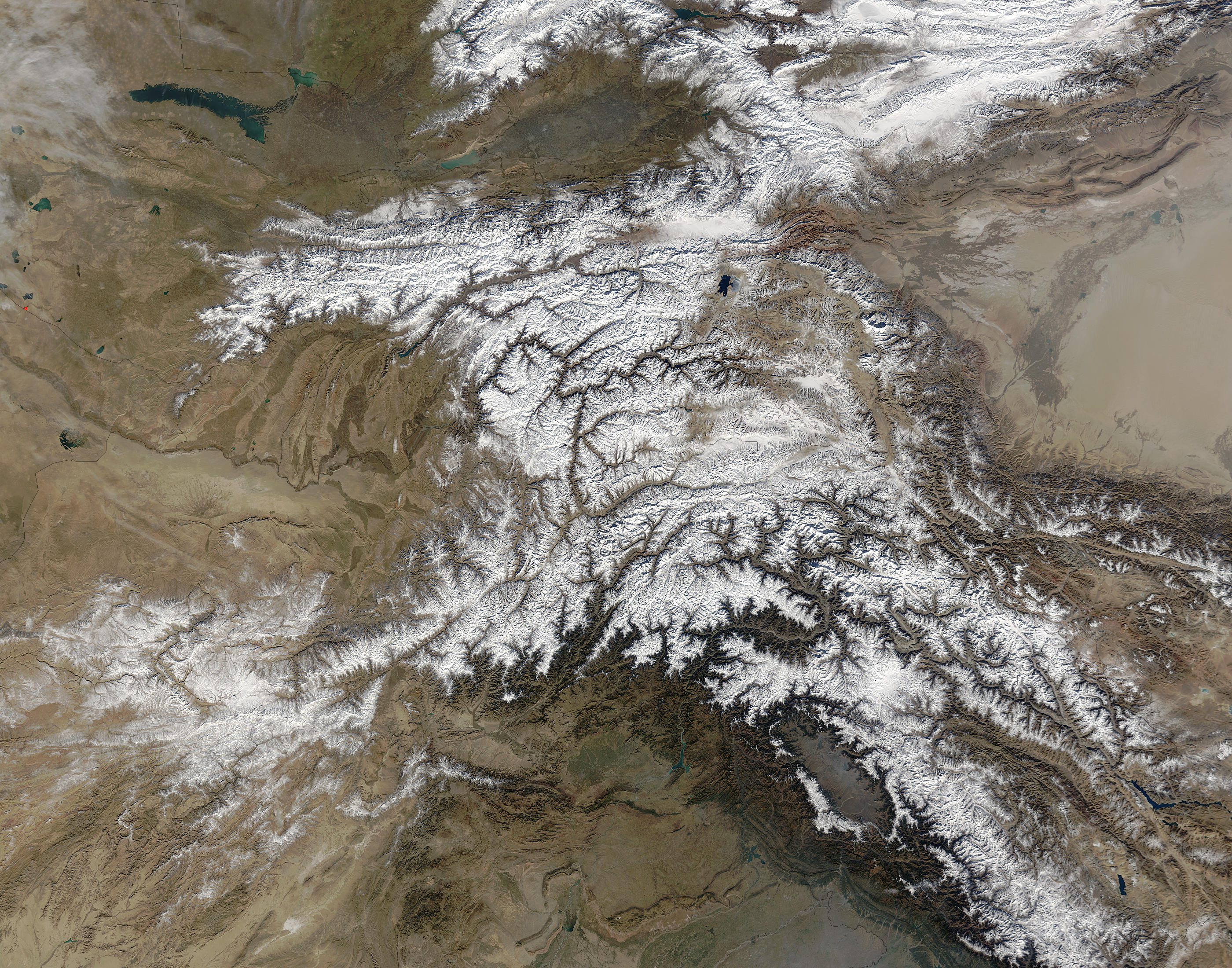 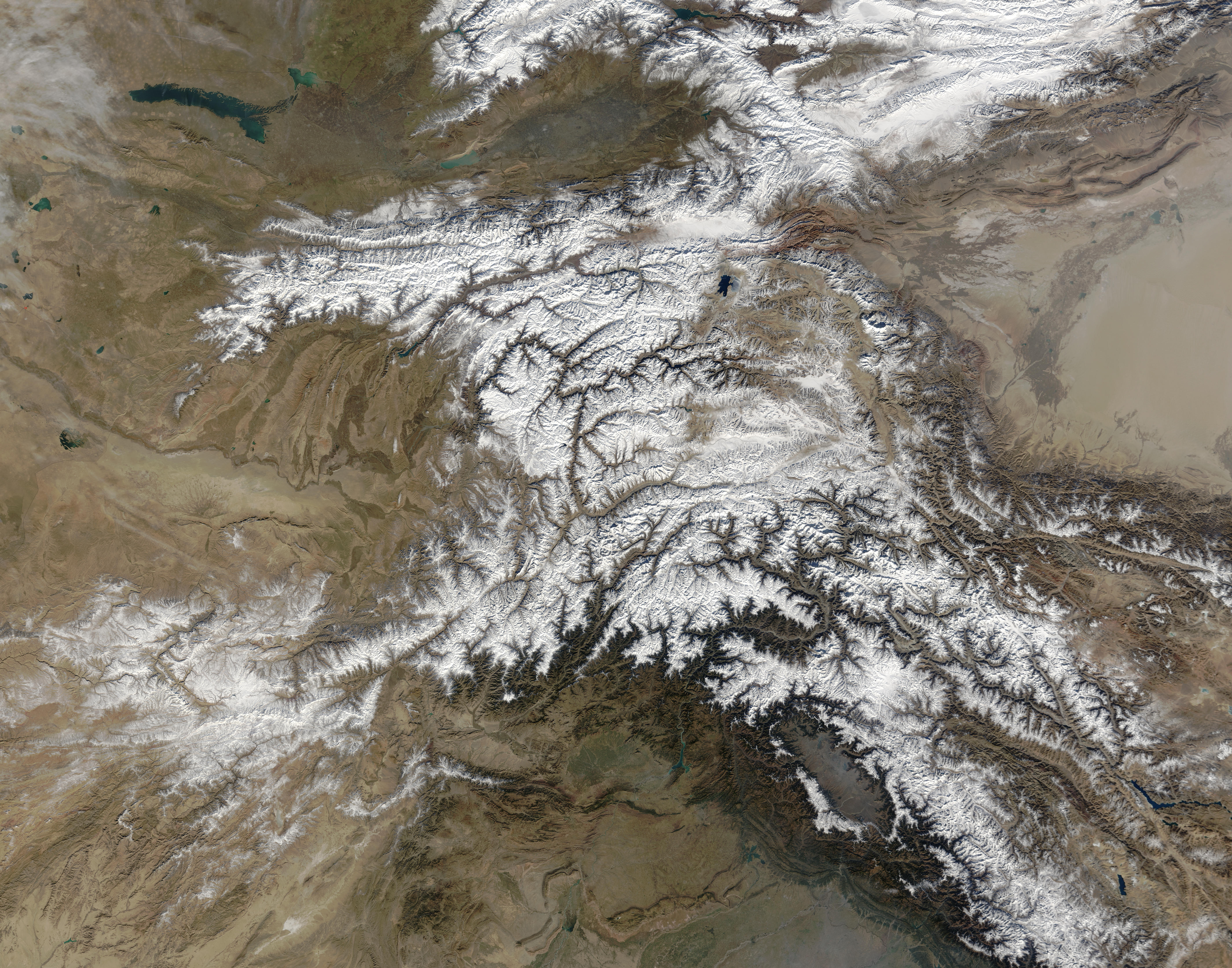 Once used by Alexander the Great in his effort to conquer the known world, the high-altitude passes of the Hindu Kush remain important trade and travel routes. Glaciers and heavy snowfall are ever-present features of these mountains, which rise to 7,692 meters (26,236 feet) in height.

Straddling the borders between Pakistan, Afghanistan, and India, the Hindu Kush is heavily populated. Though the valleys are heavily irrigated, growing crops at such high altitudes and low temperatures is difficult. The residents also have to worry about earthquakes, which are common as the Eurasian and Indo-Australian tectonic plates continue to push against one-another. This constant pressure and grinding create an average of four major (measuring at least 5 on the Richter scale) earthquakes a year.

In this true-color Moderate Resolution Imaging Spectroradiometer (MODIS) image, the Hindu Kush occupies the lower-left-center of the image. To the left are the relatively lower altitude plains of southern Kazakhstan, Uzbekistan, Turkmenistan, Afghanistan, and Pakistan. The fertile plains surrounding the northern strands of the Indus River are a deep green at the bottom center of the image (a translucent veil of smog adds a gray tinge to the region). Straddling the mountains north of the Kush are Kyrgyzstan and Tajikistan, which butt up against the arid Tarim basin of northwestern China. The Silk Road, the all-important trade route between China and Europe, runs through the Hindu Kush and this basin. The Terra satellite acquired this image on November 28, 2003.