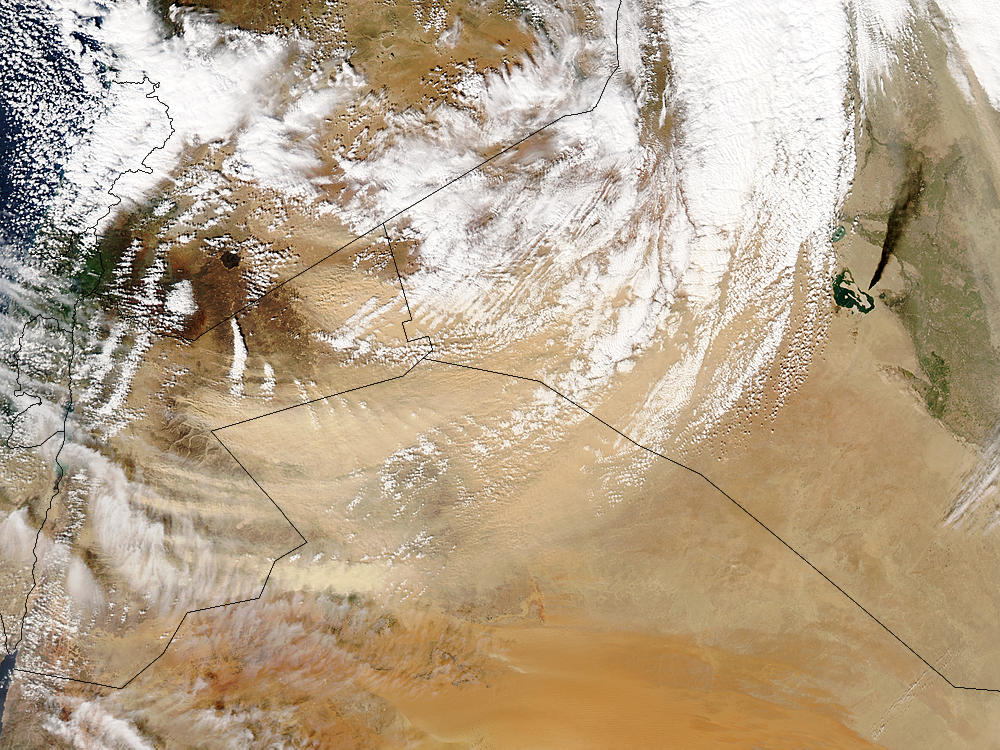 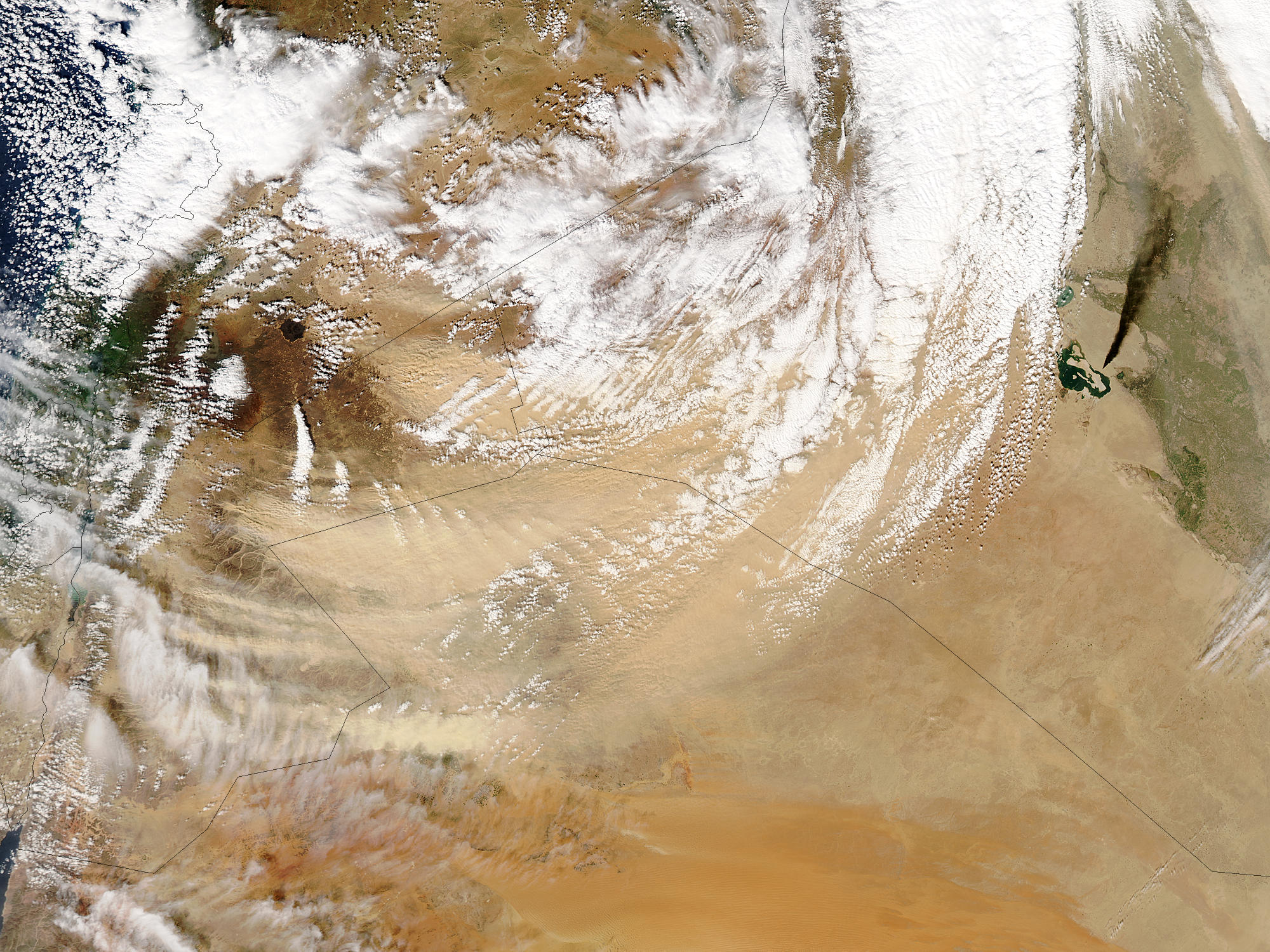 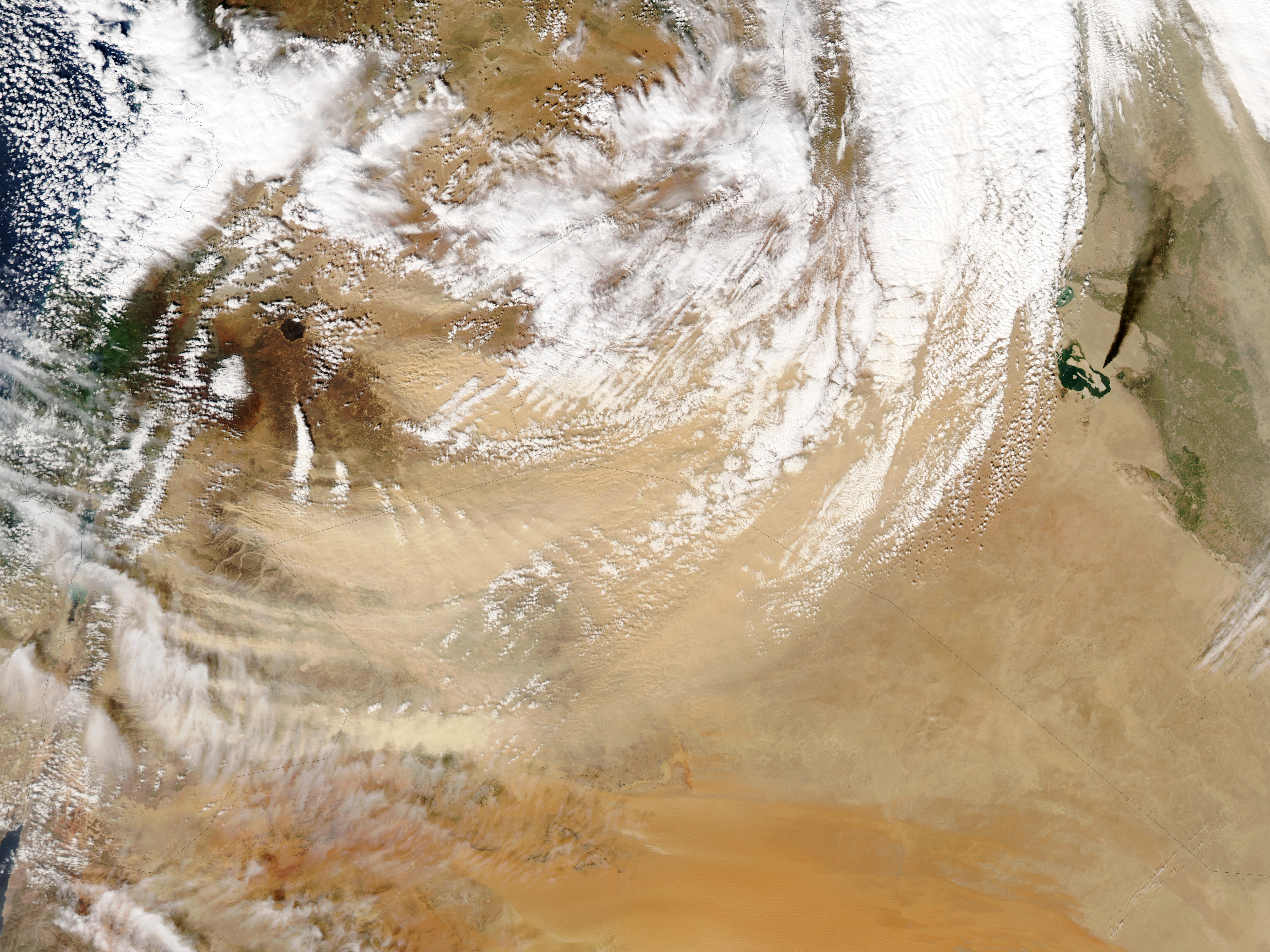 An intense dust storm blew through the skies over Jordan on February 22, 2004. The plumes of dust (tan pixels) are blowing eastward and fanning out over parts of western Iraq and northern Saudia Arabia. In the upper right corner of the image, a plume of thick black smoke pours from an oil fire burning in central Iraq. This true-color image was acquired by the Moderate Resolution Imaging Spectroradiometer (MODIS), flying aboard NASA’s Aqua satellite.