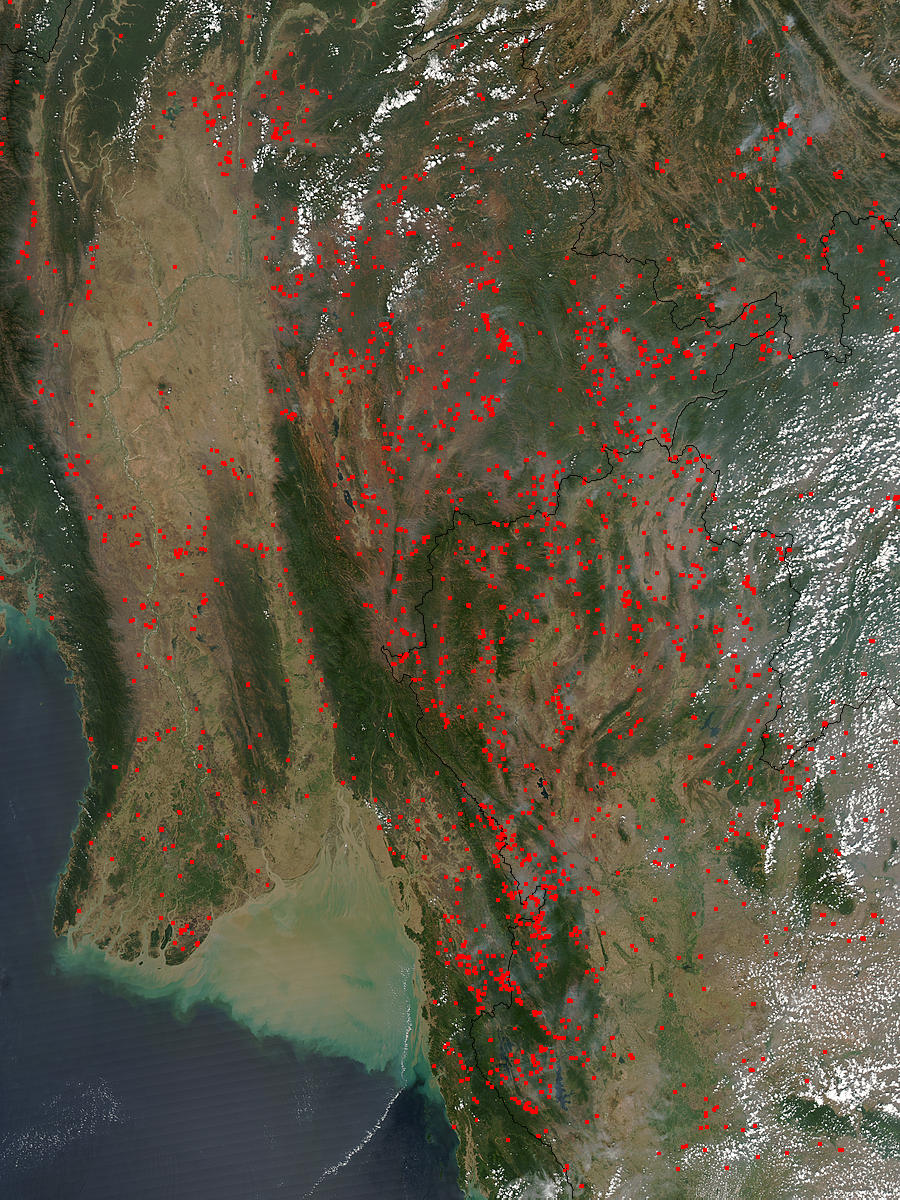 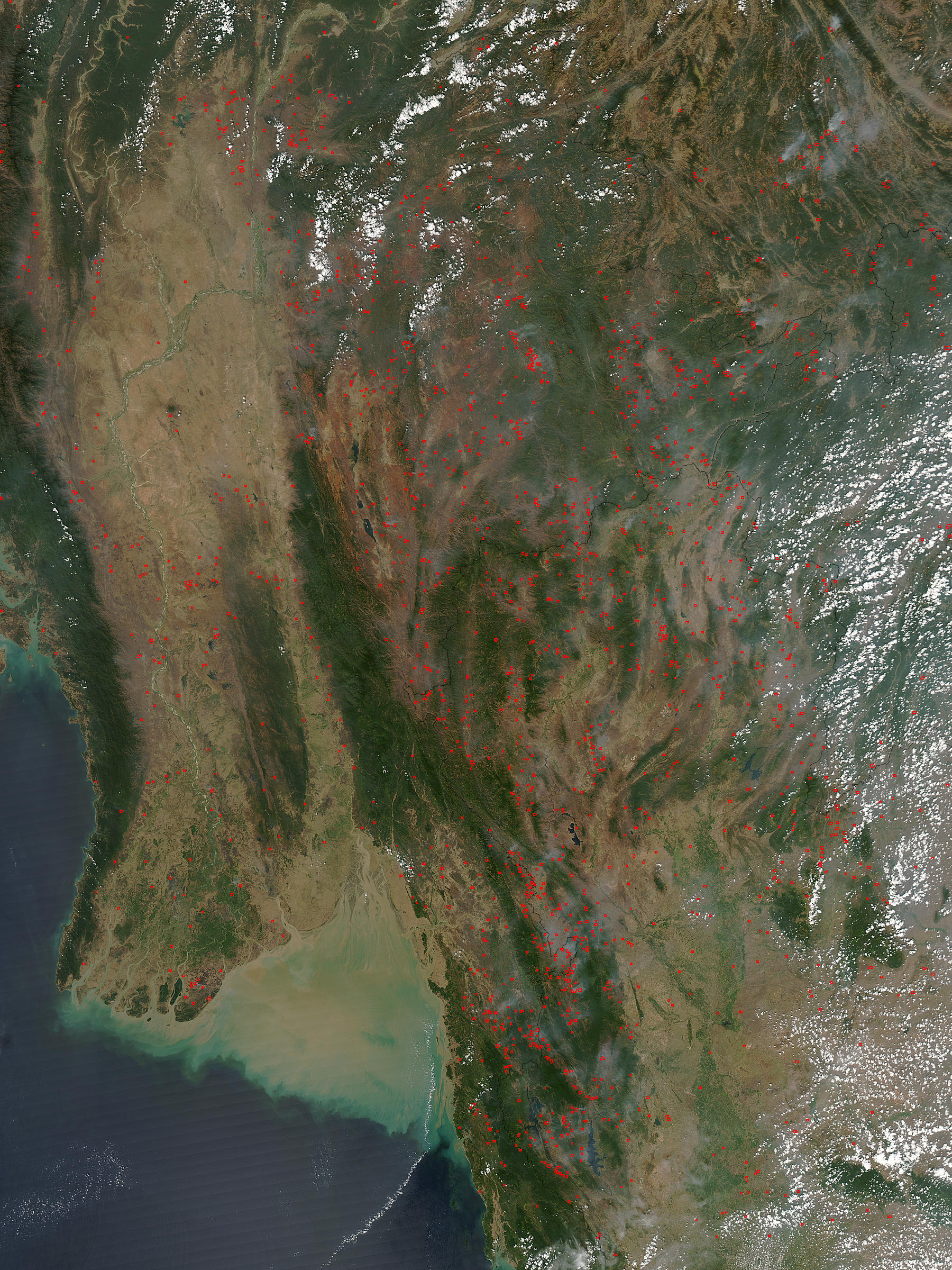 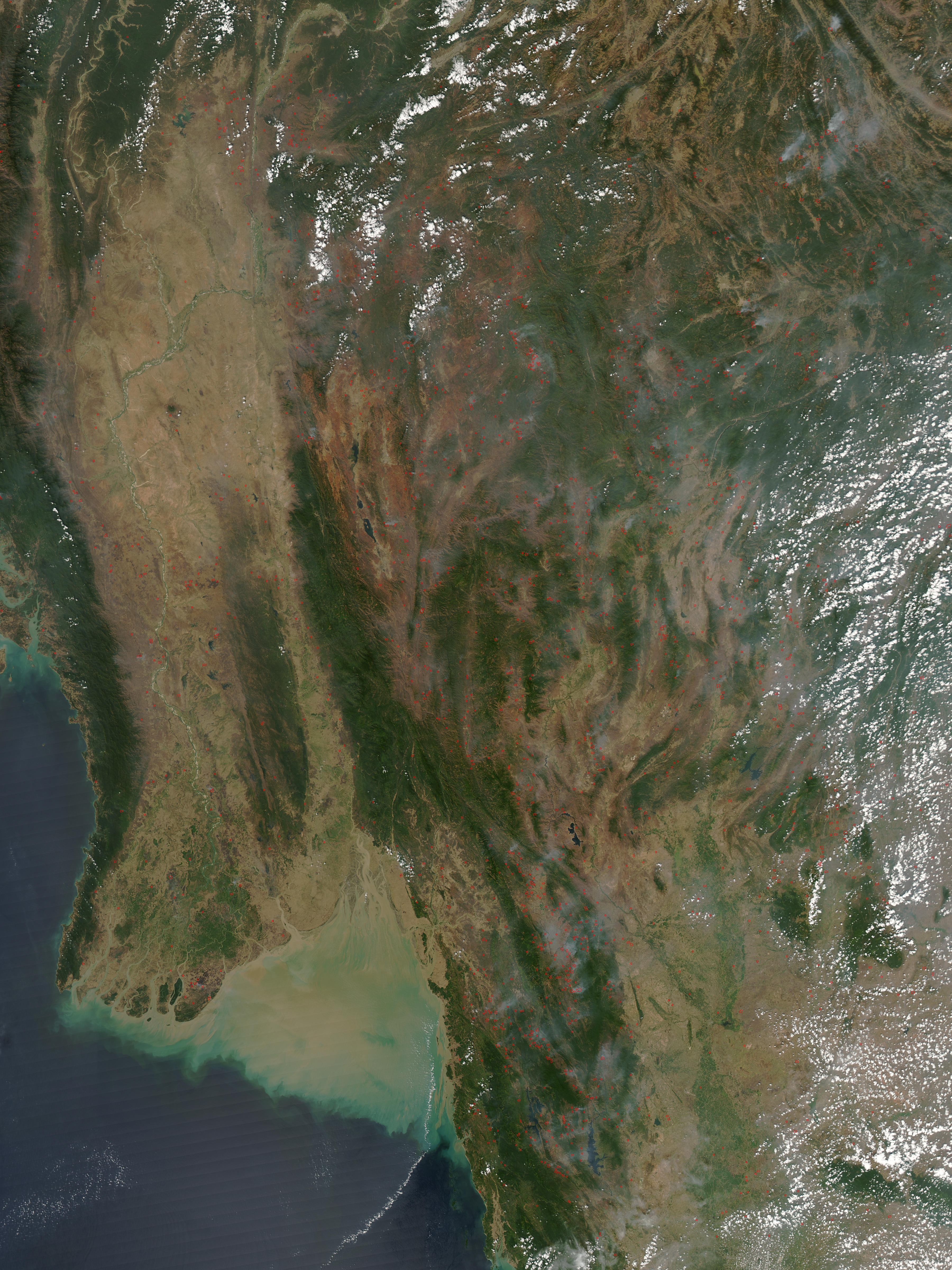 Scores of fires were burning in southern Myanmar around the Gulf of Martaban, which is thick with tan-colored sediment, in this image from the Moderate Resolution Imaging Spectroradiometer (MODIS) on the Aqua satellite on February 24, 2004. At far right of the scene, fires (marked with red) are also visible in Thailand. Fires are visible in China (upper right) and Laos (right center edge) as well.

The widespread nature of the fires and their location (generally located away from the remaining tracts of forest, which appear dark green) suggests that these fires are being set intentionally for agricultural purposes. Though not necessarily hazardous, such large-scale burning can have a strong impact on weather, climate, human health, and natural resources.