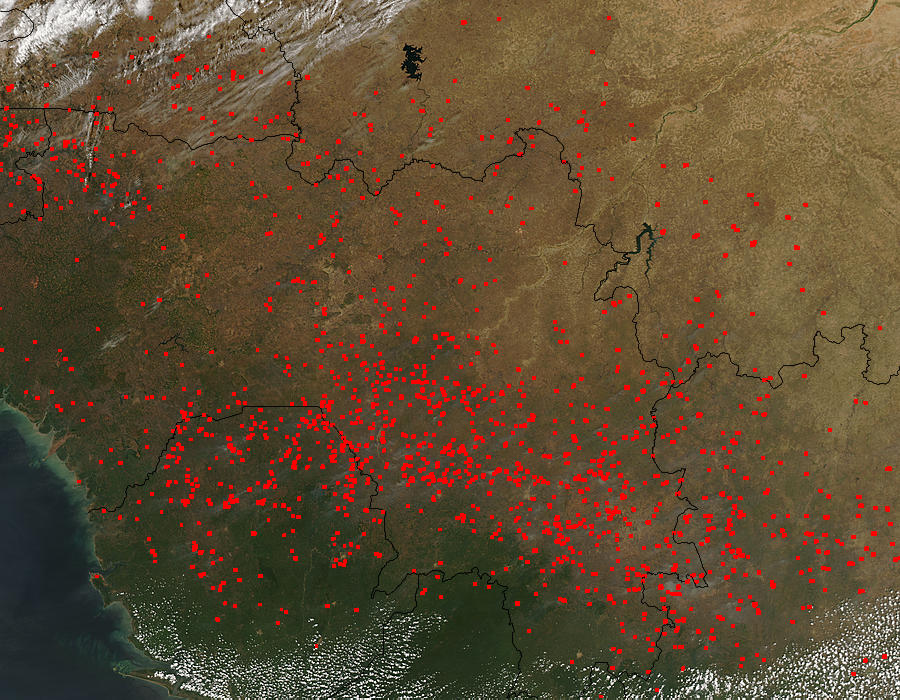 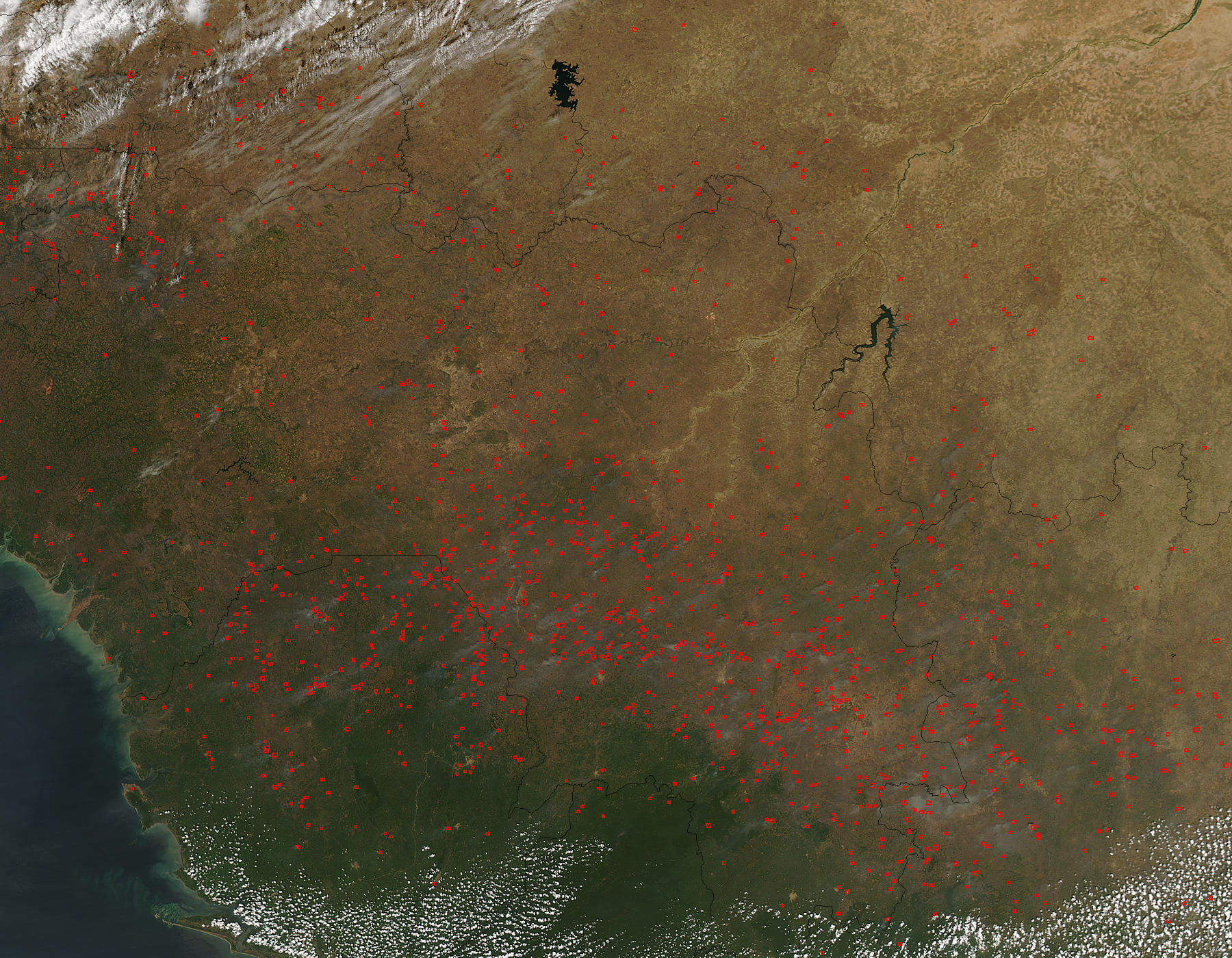 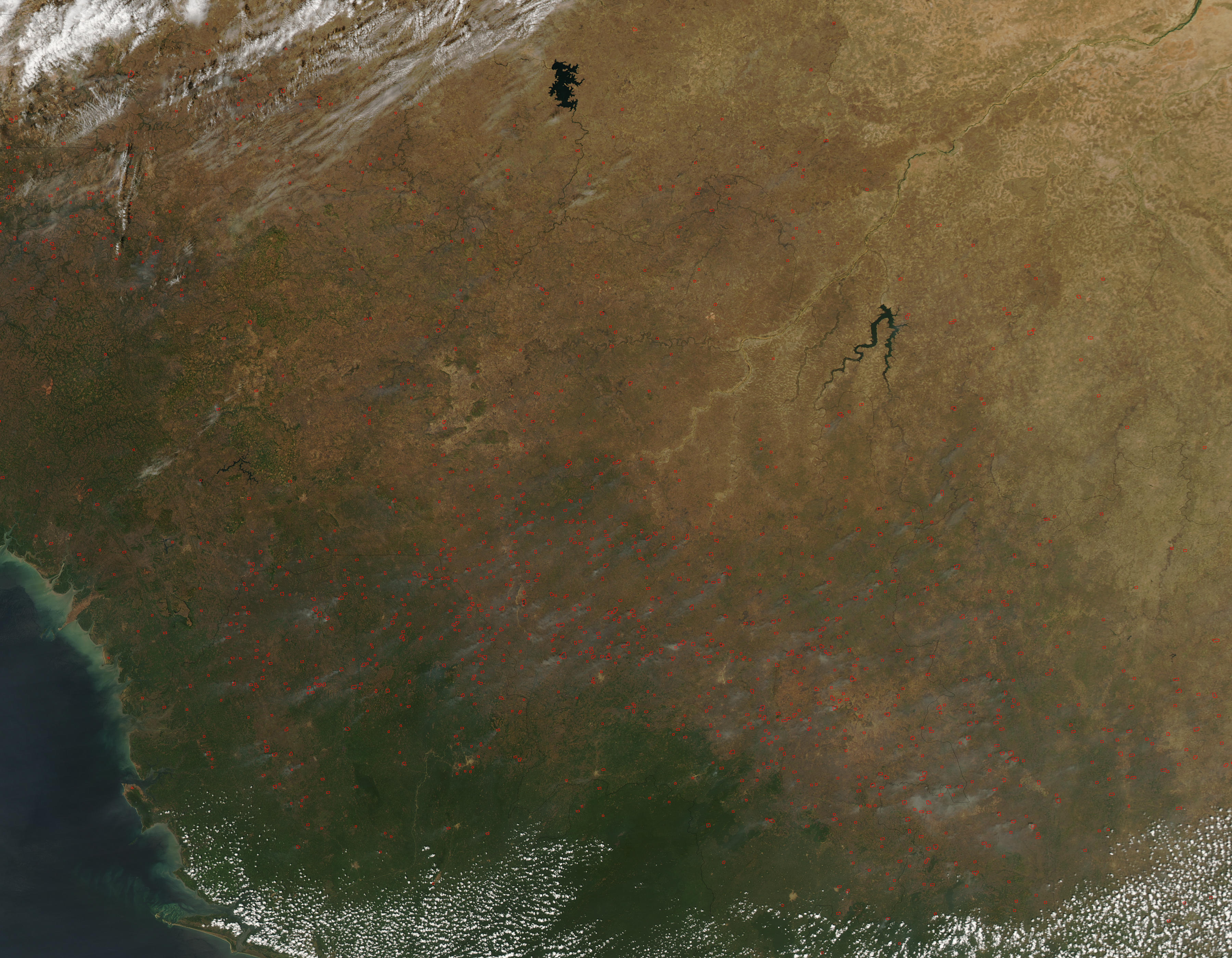 Red fire markers and low clouds of smoke are evidence of wide-spread fires across West Africa in this Moderate Resolution Imaging Spectroradiometer (MODIS) image acquired by the Aqua satellite on January 31, 2004. Fire is often used to clear land for farming, and it is likely that most of these fires are related to that agricultural practice. Starting in the top left corner and moving down the coast, the countries shown in this image include: Senegal surrounding a small portion of Gambia, Guinea Bissau, Guinea, Sierra Leone, and Liberia. Mali is in the top right corner and Cote d'Ivoire is below it.