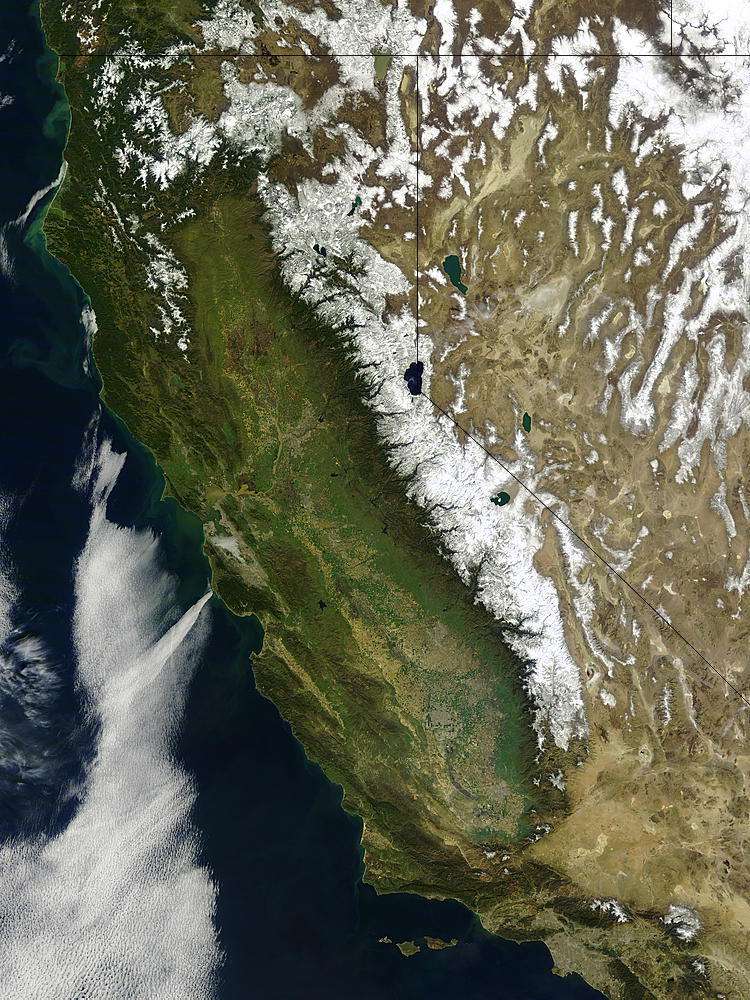 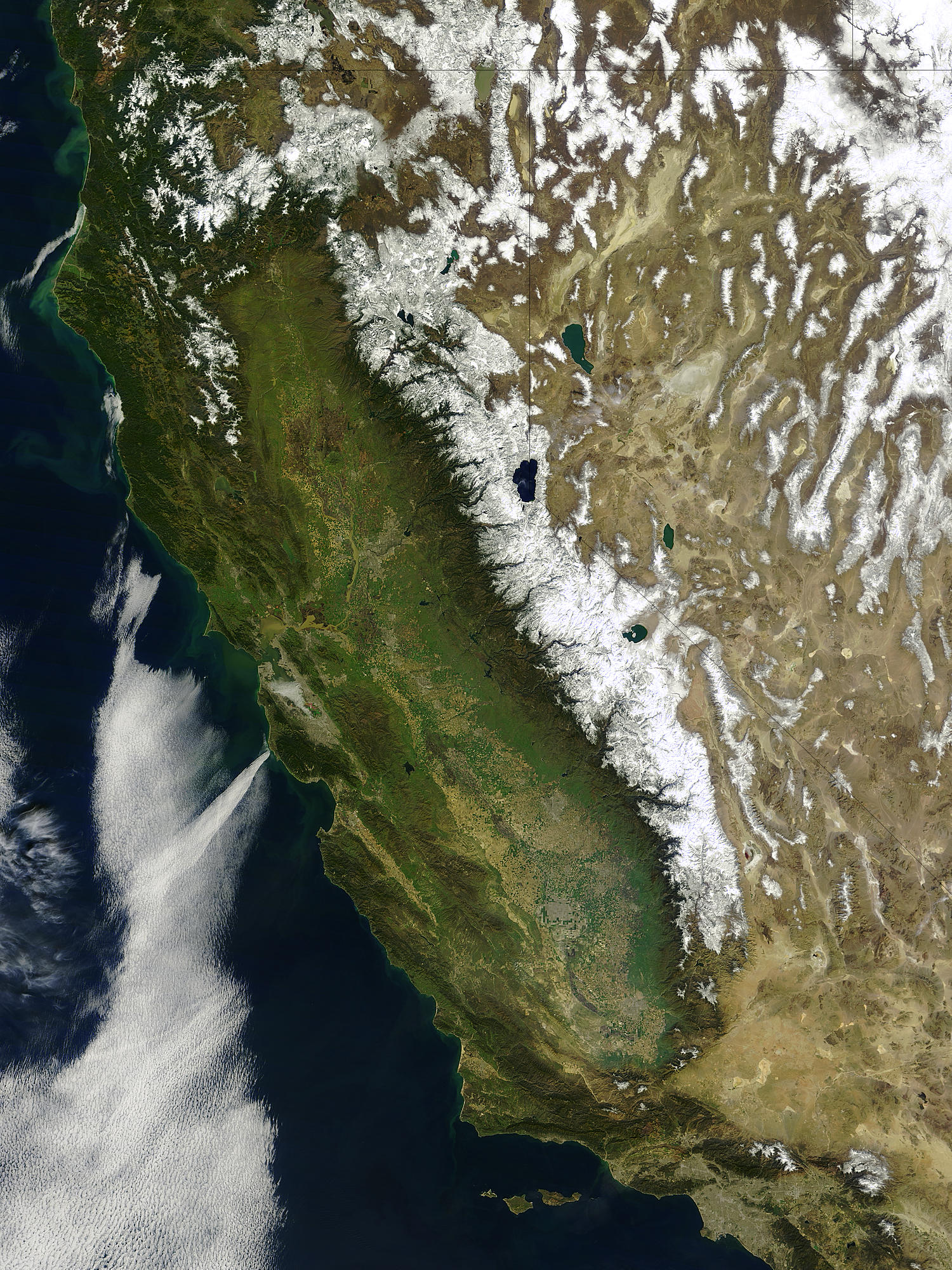 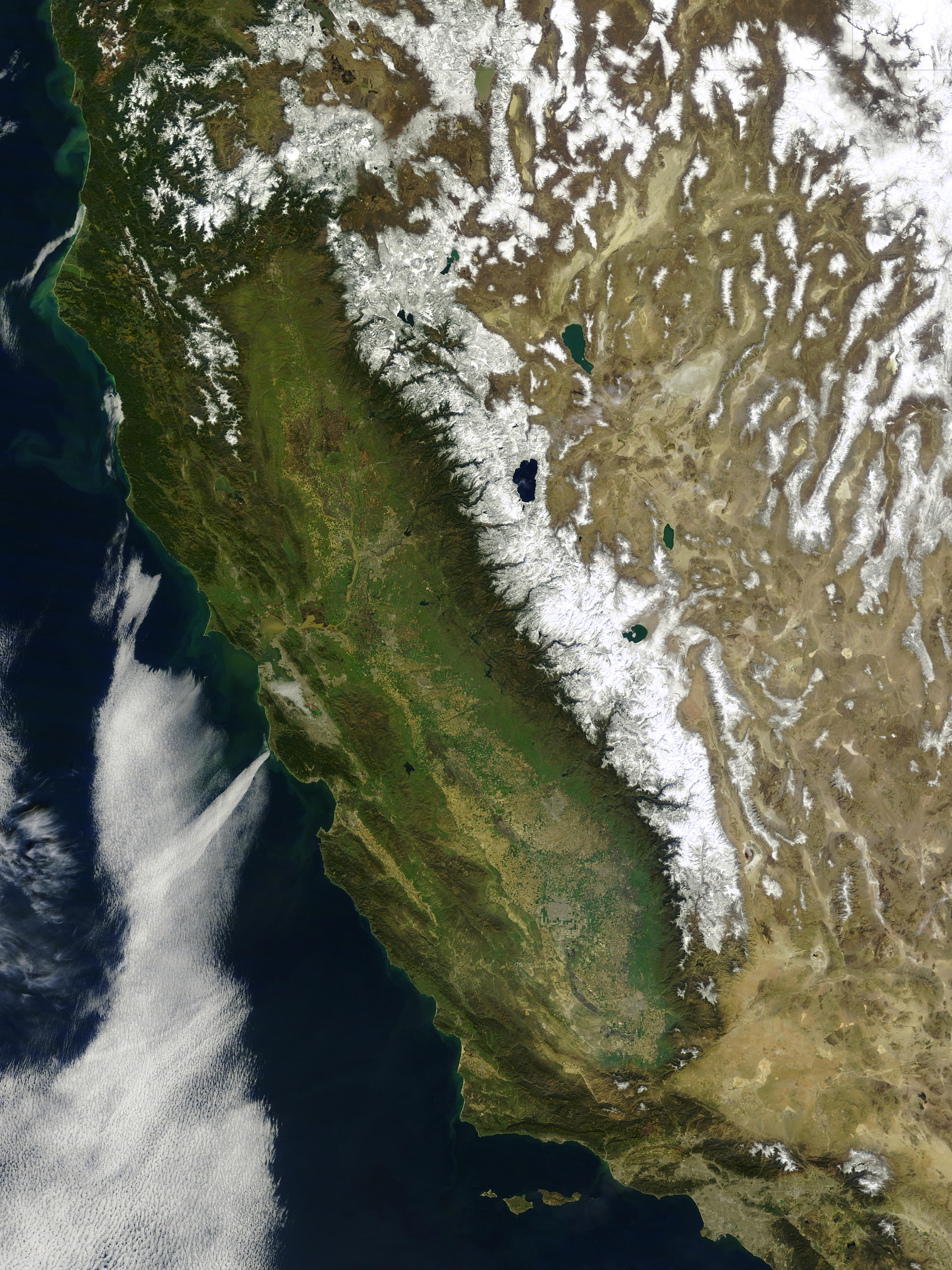 Snow and floods in California

The heavy rain and snow that moved across Northern California the last week of February 2004 may be responsible for filling the rivers in the lower Sacramento River system. Though localized flooding was reported on February 26, flooding along the Sacramento, Feather, and Yuba Rivers, top center, was not reported. It is likely that the dark pools of water surrounding the rivers in this false-color Moderate Resolution Imaging Spectroradiometer (MODIS) image are shallow seasonal wetlands. In addition to bringing water to Central California’s central river valleys, the storm and others in the last weeks of February packed snow onto the Sierra Nevada Mountains, bringing the snow levels far above normal. These images were acquired a little over a week later, on March 7, 2004, by the Terra satellite. In the false-color image, plants are bright green, water is dark blue and black, snow is light blue, and clouds are light blue and white. Bare ground is tan and pink. The true-color image highlights the snow on the mountains, but does not show the fullness of the rivers as clearly.

The San Joaquin River runs through Central California south of the San Francisco Bay. The black pools along this river are protected wetlands. Going south, the second pool contains the Kern National Wildlife Refuge. Kern was created in 1960 as part of a measure to restore California’s wetlands. For the first time in its 40-year history, Kern flooded completely in 2004. The Refuge is an important habitat for birds.