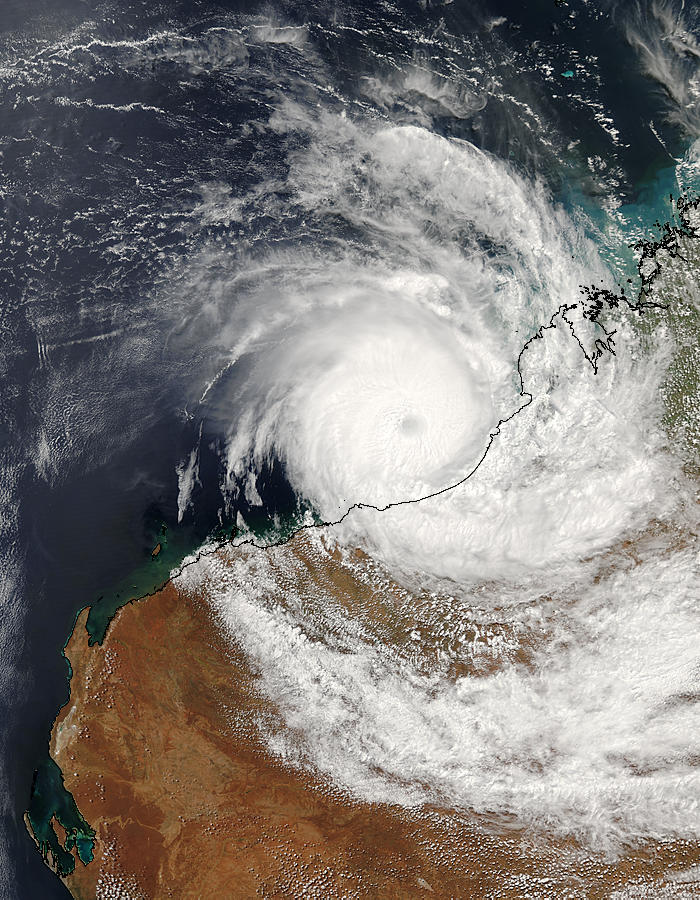 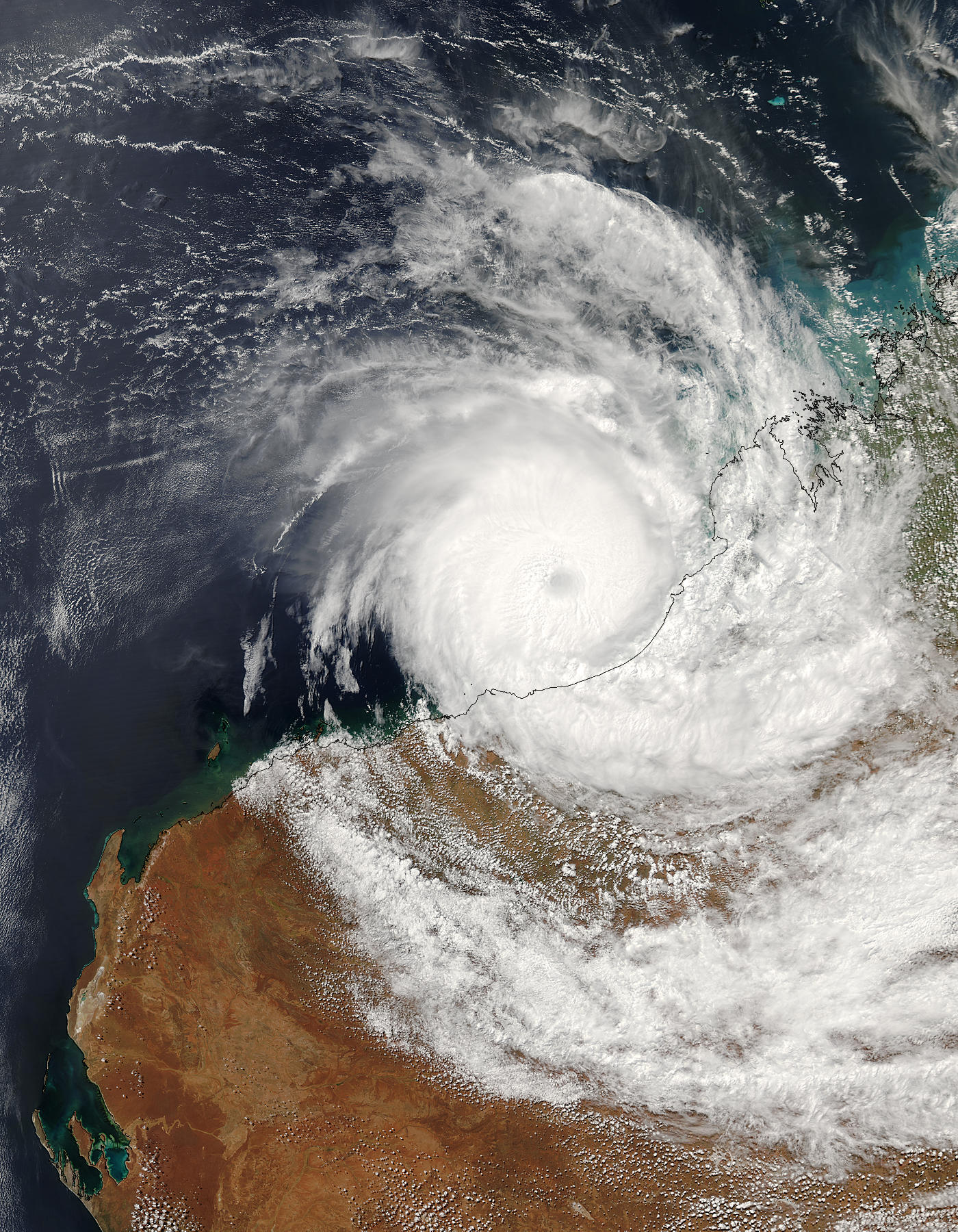 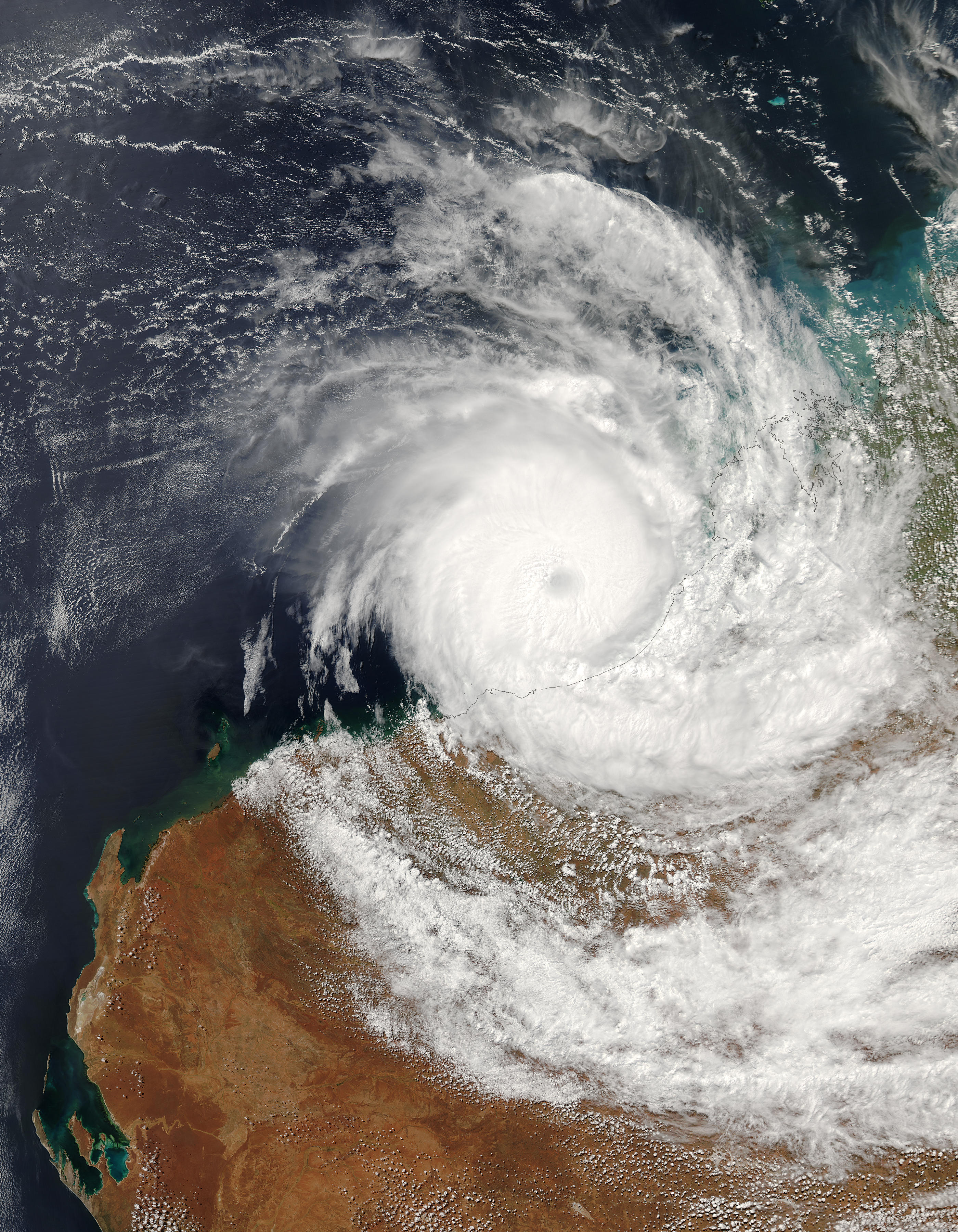 Severe Tropical Cyclone Fay continues to skate down the Western Australia coast. The storm has intensified over the past twenty-four hours, and is now expected to move ashore early Saturday morning. The Australian Bureau of Meteorology has ranked Fay a Category 4 storm, a category reserved for storms with maximum wind gusts ranging between 225 and 279 kilometers per hour (140 and 173 miles per hour). The Bureau expects to see wind gusts up to 235 kilometers per hour when Fay moves ashore. The Moderate Resolution Imaging Spectroradiometer (MODIS) on the Aqua satellite captured this image of Fay on March 26, 2004 at 5:55 UTC, 1:55 pm in Western Australia. At that time, the Joint Typhoon Warning Center warned that Fay had winds of 167 kilometers per hour (103 mph) with gusts to 203 kilometers per hour (127 mph).