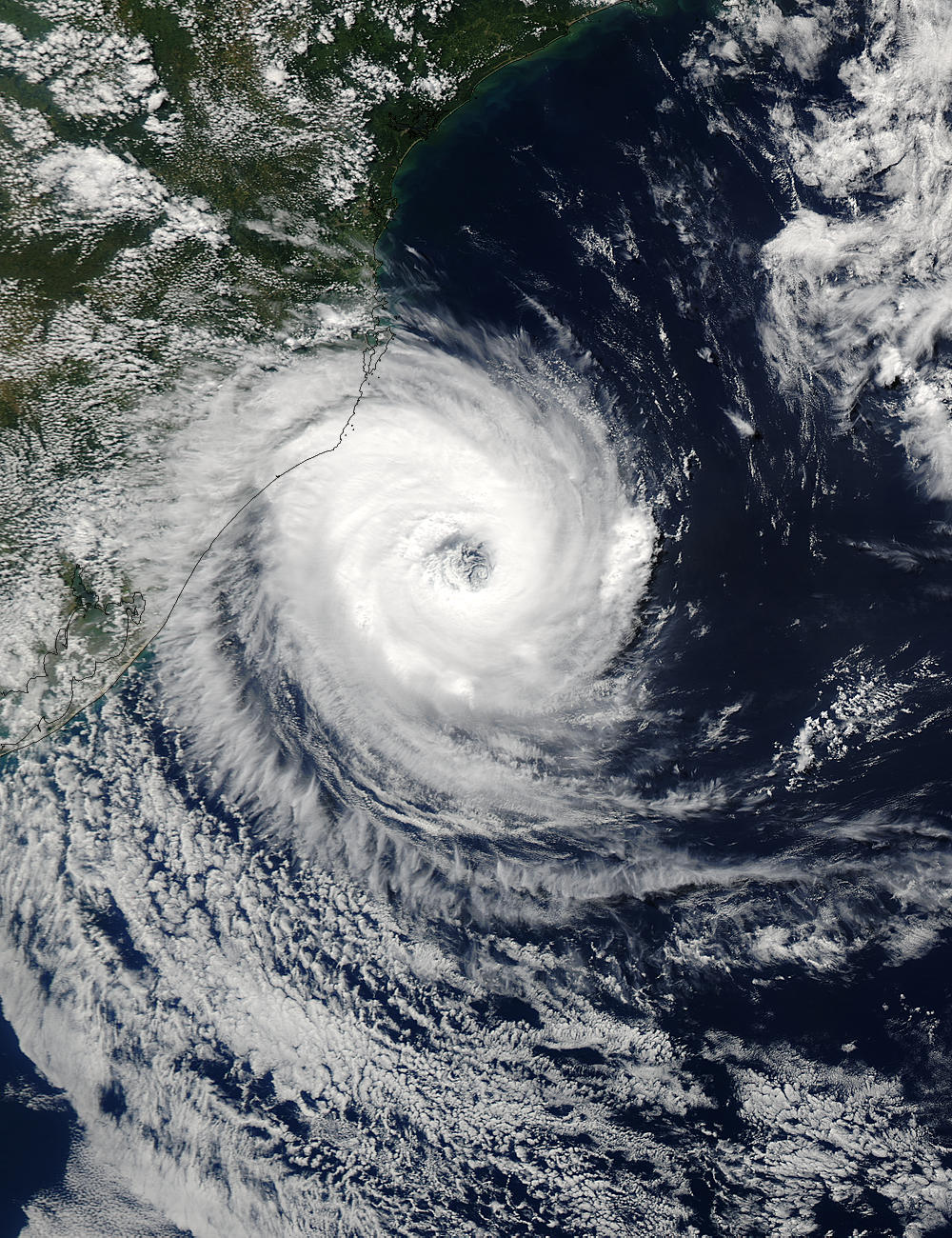 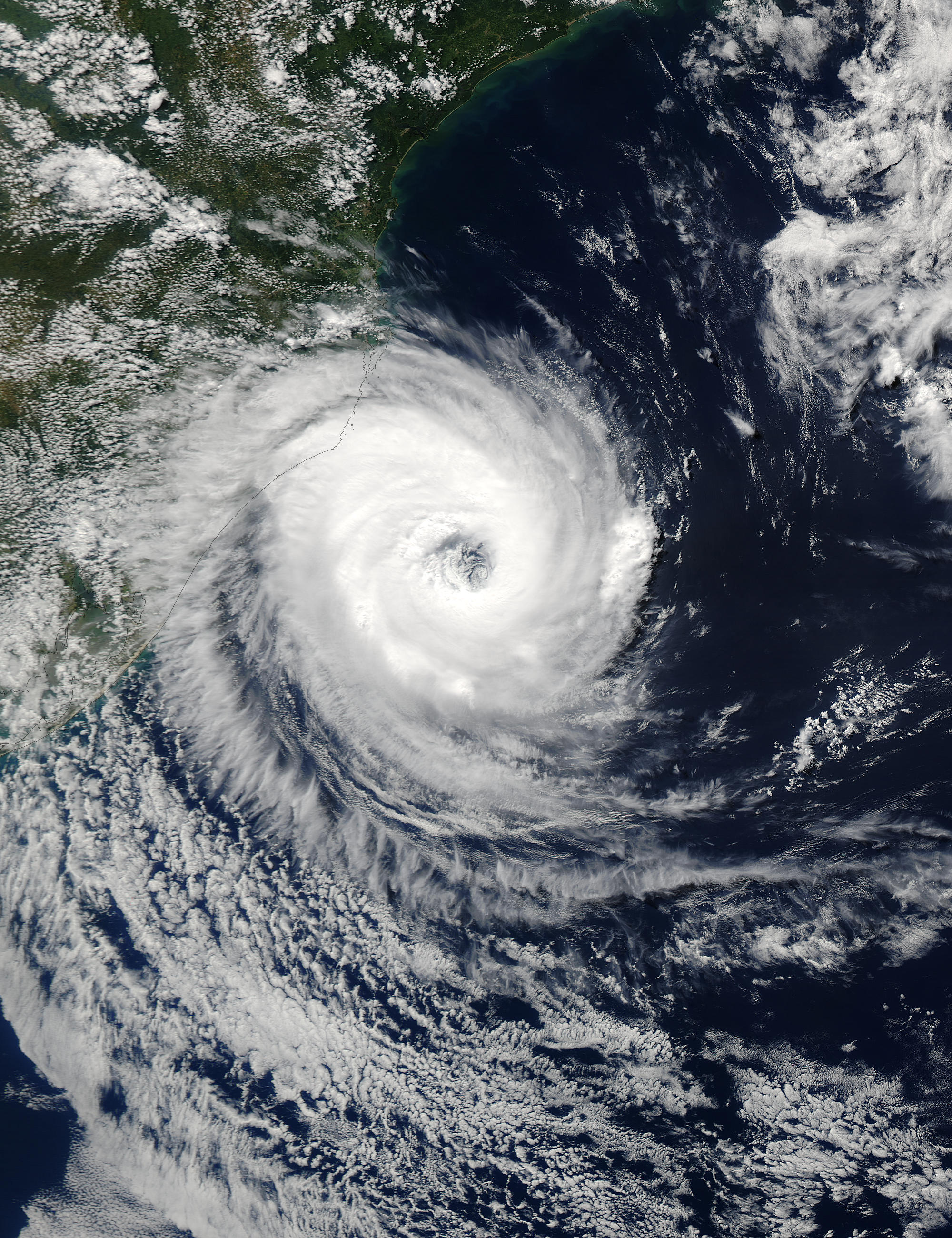 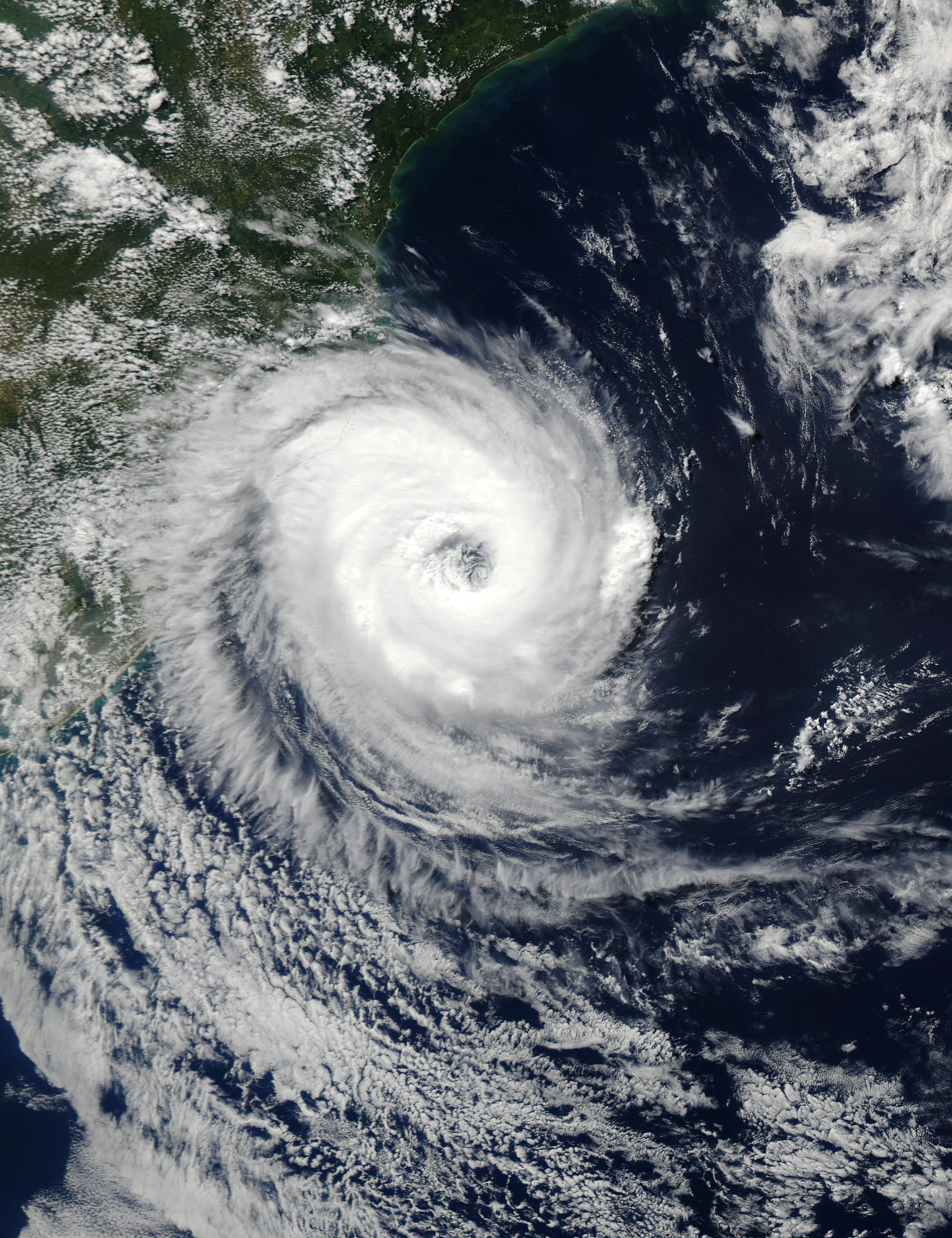 The Moderate Resolution Imaging Spectroradiometer (MODIS) onboard NASA’s Aqua satellite captured this true-color image of a rare tropical cyclone in the South Atlantic ocean just off the coast of Santa Catarina and Rio Grande do Sul, Brazil’s southernmost states.

The National Hurricane Center in Miami estimated the storm was a full-fledged, Category I hurricane with central winds between 75 mph and 80 mph (121 kph to 129 kph), making it the first hurricane in the South Atlantic in recorded history. Brazilian scientists however, have disagreed, saying the storm had top winds of 50 mph to 56 mph (80 kph to 90 kph), far below the 75 mph (121 kph) threshold of a hurricane. It’s interesting to note that the Brazilian Center for Weather Prediction and Climatic Studies does not operate any anemometers (wind measuring devices) in the area or have any Hurricane Hunter aircraft to fly through the storm. All sides were basing their guesses on satellite data only.

The storm blew ashore on March 28, 2004, killing at least two and forcing thousands from their homes.