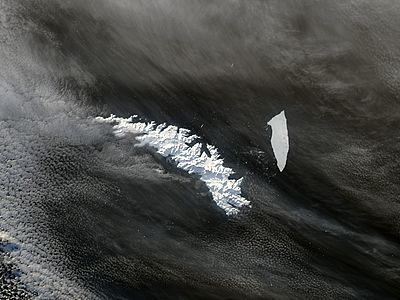 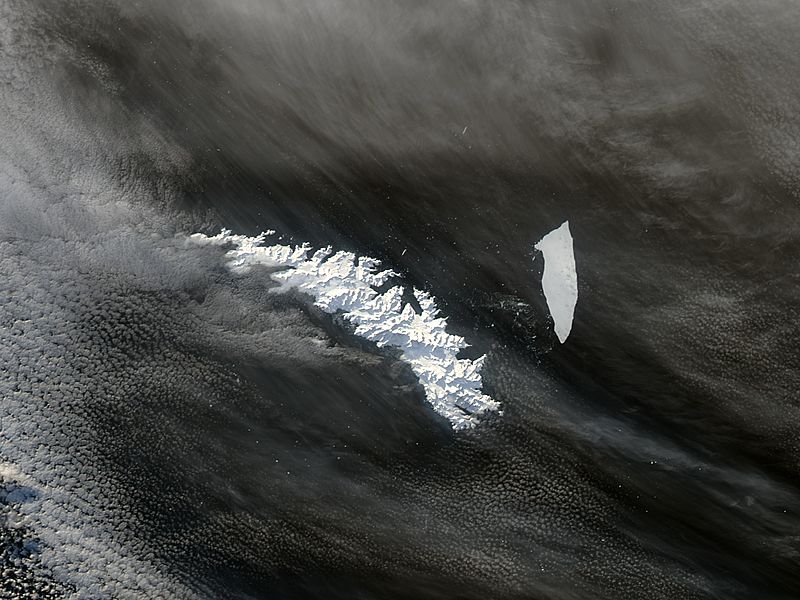 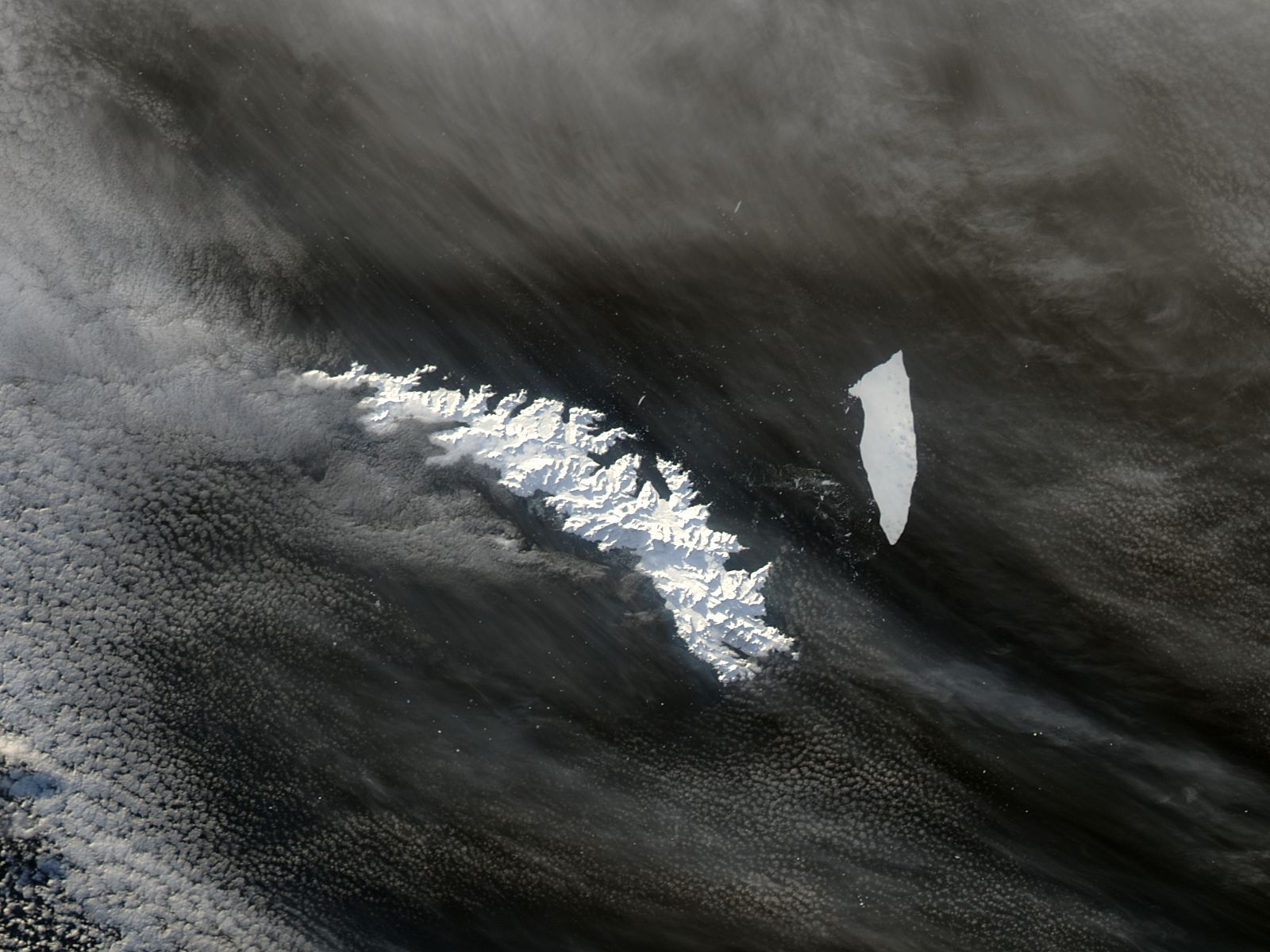 The ice-covered mountains of South Georgia Island stand out starkly against the black of the surrounding South Atlantic Ocean. The tiny white flecks of icebergs salt the ocean around the island, and the massive A-38B iceberg floats offshore. Light wispy clouds frame the scene, leaving a window through which MODIS could peer to see the island below.

The A-38B iceberg started life almost six years ago as part of the A-38 iceberg. The A-38 iceberg was ninety mile long by almost 30 mile wide when it broke off of the Ronne Ice Shelf in Antarctica in early October 1998. By mid-October, the iceberg, named A-38, had broken into two pieces: A-38A and A-38B. While still in one immensely-heavy 90-mile long piece, the iceberg had essentially grounded itself just off the Ronne Ice Shelf. But breaking in two and enduring the wear of freezing and melting seasons gradually shrunk the icebergs to the point where they could begin drifting out to sea.