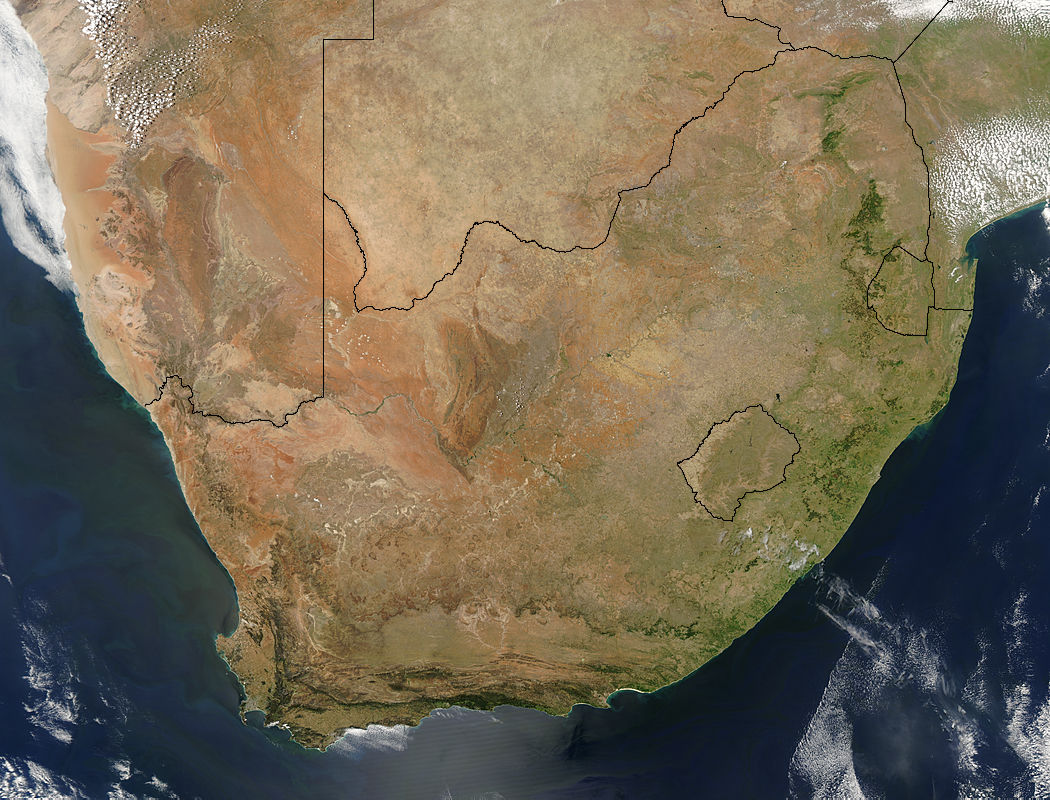 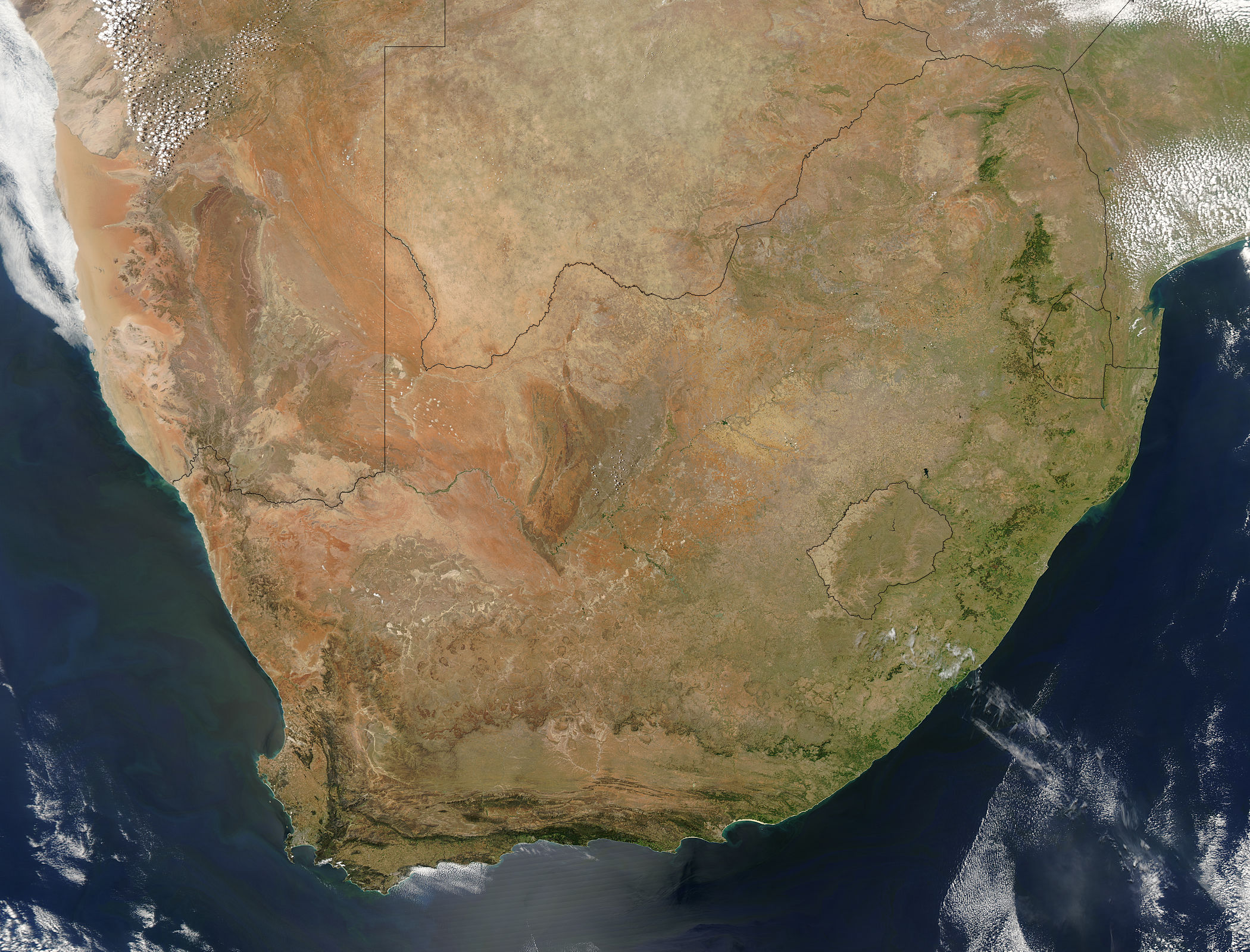 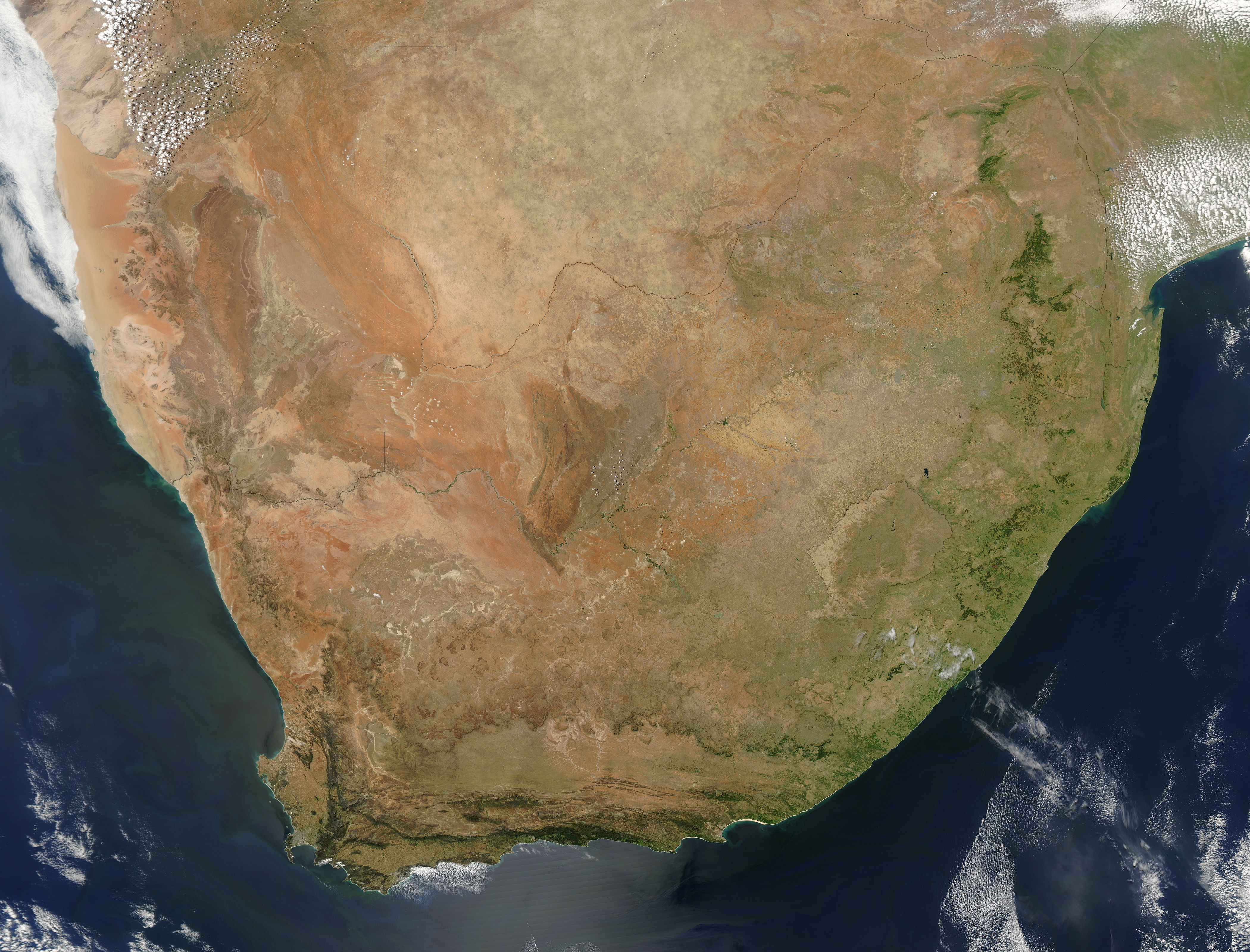 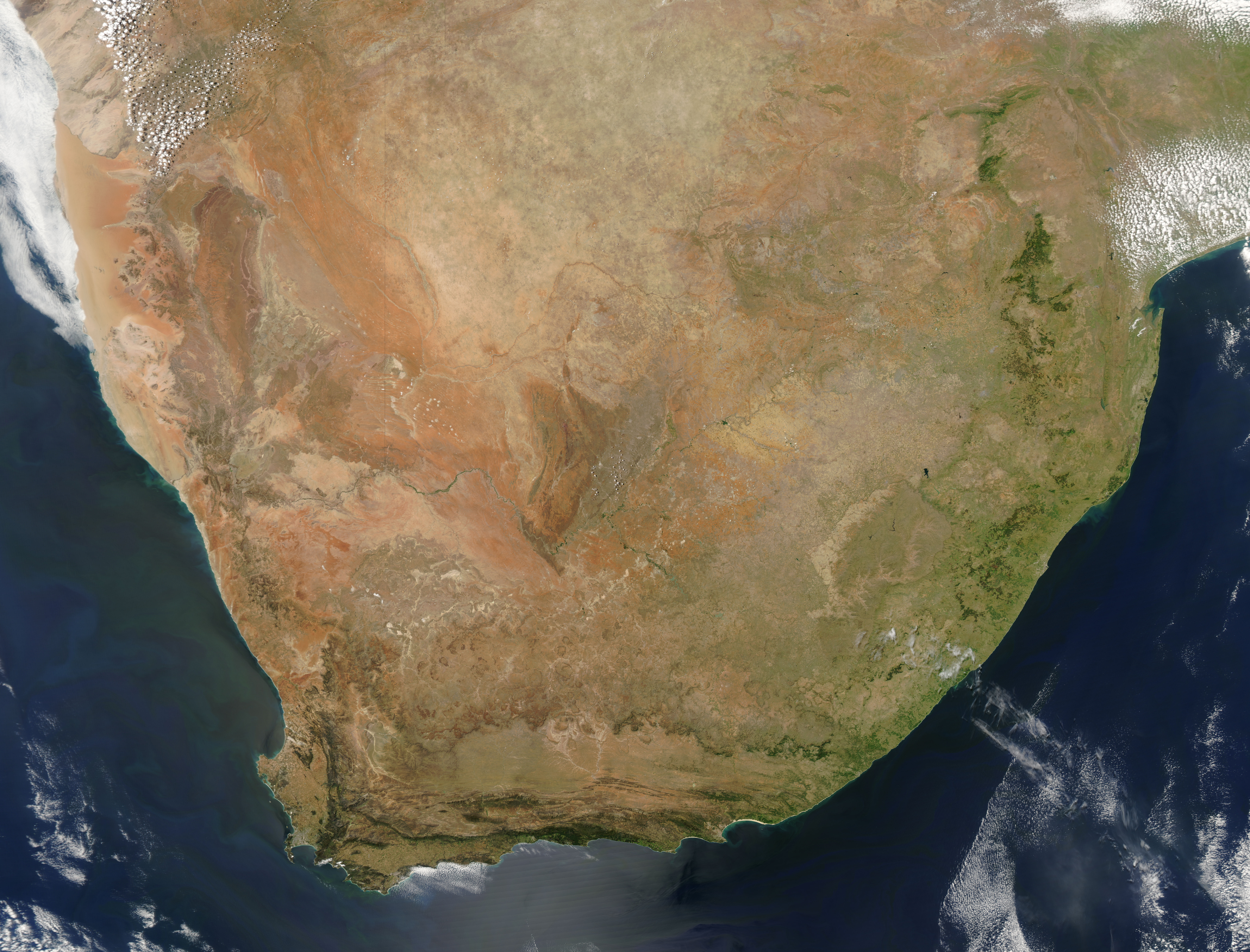 The southern tip of Africa was just entering spring when this image was acquired by the Moderate Resolution Imaging Spectroradiometer (MODIS) on NASA’s Aqua satellite on October 31, 2004. The arch of green along South Africa’s east coast traces out the contours of the Drakensberg. Along the south coast, the Lange Berg, Swart Berg, and Nuweld Range appear far more rugged. This dry, mountainous region is the Great Karoo, a semi-arid desert rich in fossils and a great variety of plants and animals.

The tiny enclave of Lesotho sits high in the Drakensberg. To its northwest is the smaller country, Swaziland. Along the top of the image, from left to right, are Namibia, Botswana, Zimbabwe and Mozambique. Two other deserts appear in this image. Botswana, top center, is dominated by the Kalahari Desert, a vast sand basin. The Namib Desert runs along the shore of Namibia, left. The giant shifting dunes—the largest in the world—form waves that are clearly visible in the large resolution image.

The Atlantic Ocean is particularly productive off the shore of South Africa and Namibia. Here, cold water pushes up from the bottom of the ocean, carrying nutrients to the surface. Phytoplankton, tiny plants that form the base of the food chain, thrive in the cold waters. In this image, phytoplankton color the water dark green. Brighter green-blue bursts of color near the shore of Namibia could also be caused by hydrogen sulfide eruptions, which occur when bubbles of hydrogen sulfide produced by decaying phytoplankton on the ocean floor escape to the surface.