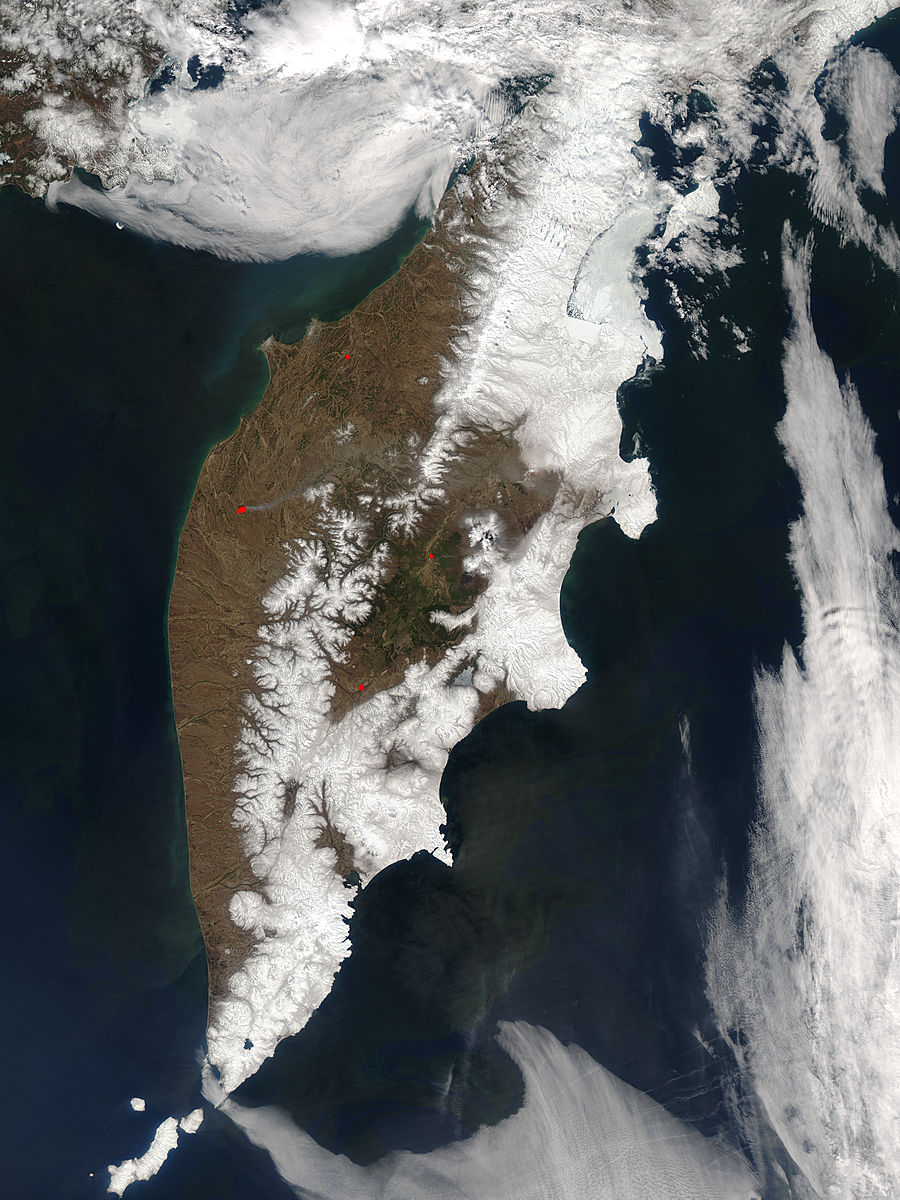 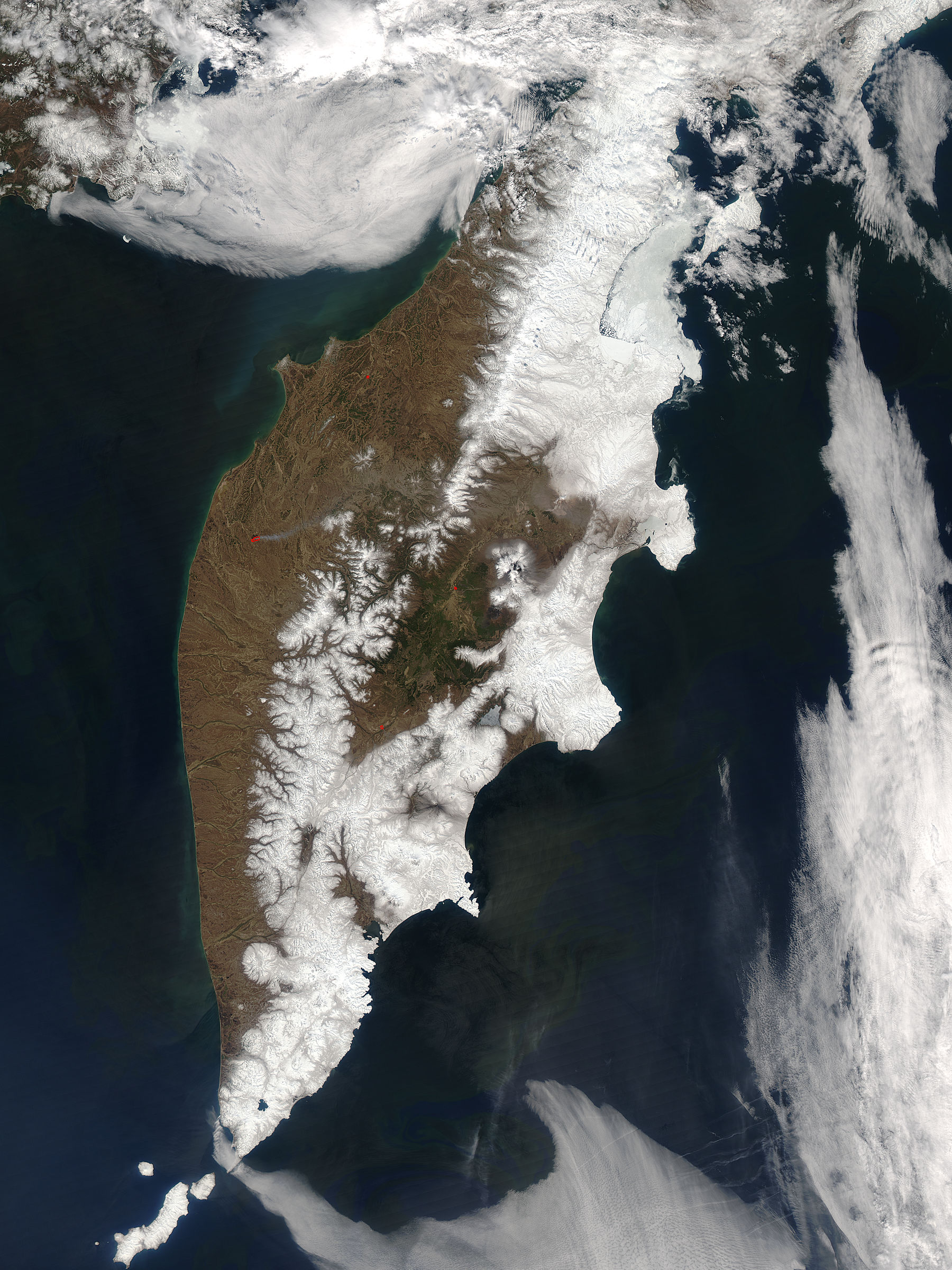 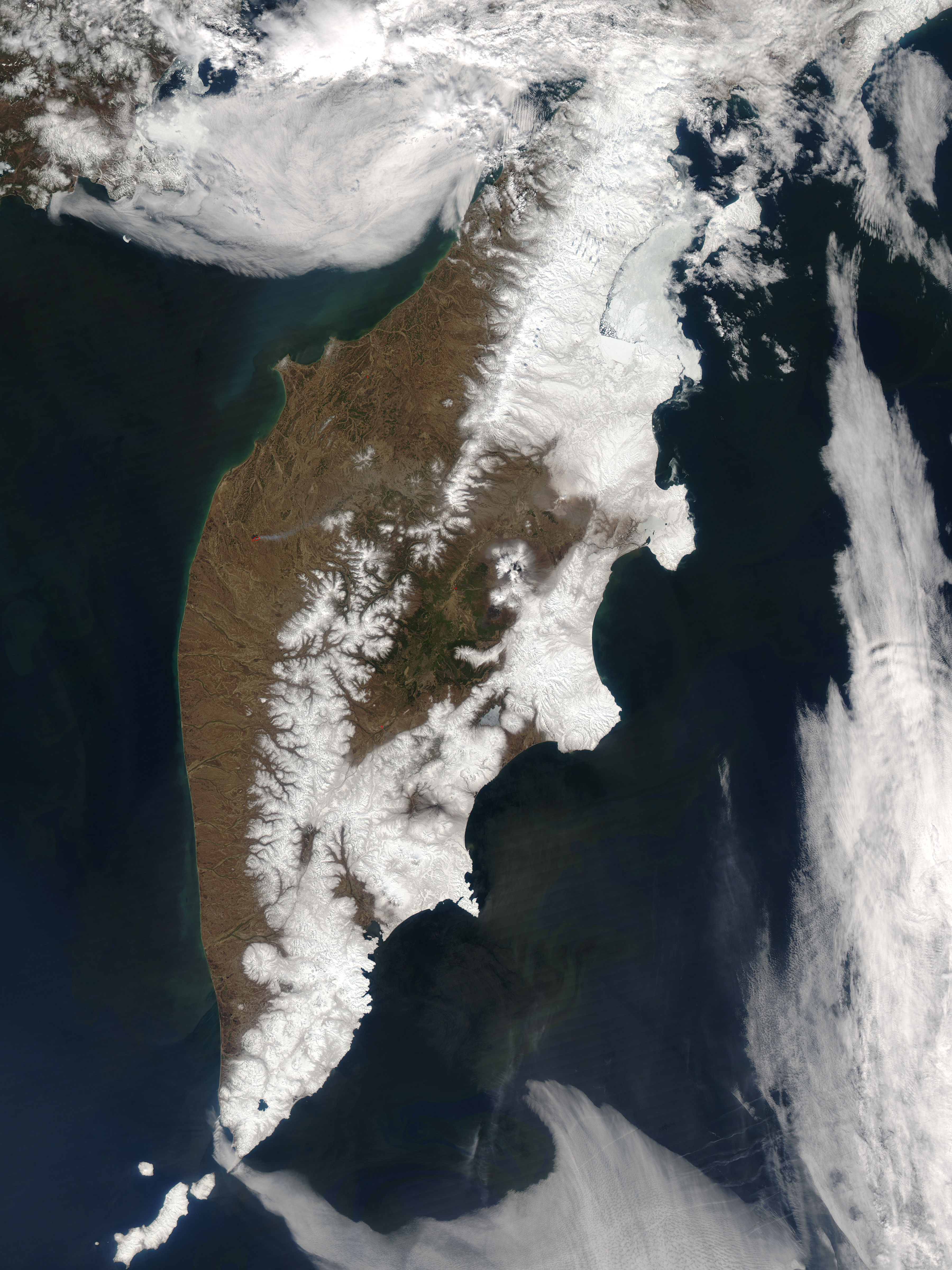 The Kamchatka Peninsula curves south through the Pacific Ocean off the far eastern coast of Russia in this Moderate Resolution Imaging Spectroradiometer (MODIS) image, acquired on May 26, 2005, by NASA’s Aqua satellite. By this time, the snow had mostly receded from the Siberian peninsula, with only the Sredinnyy Mountains and the eastern shore capped with white. A few fires burned on May 26, and they have been marked with red. Beyond the southern tip of the peninsula are Shumshu (top), Altasova (left), and Paramushir (bottom), the northernmost of the Kuril Islands.