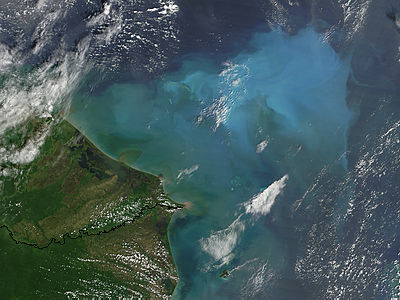 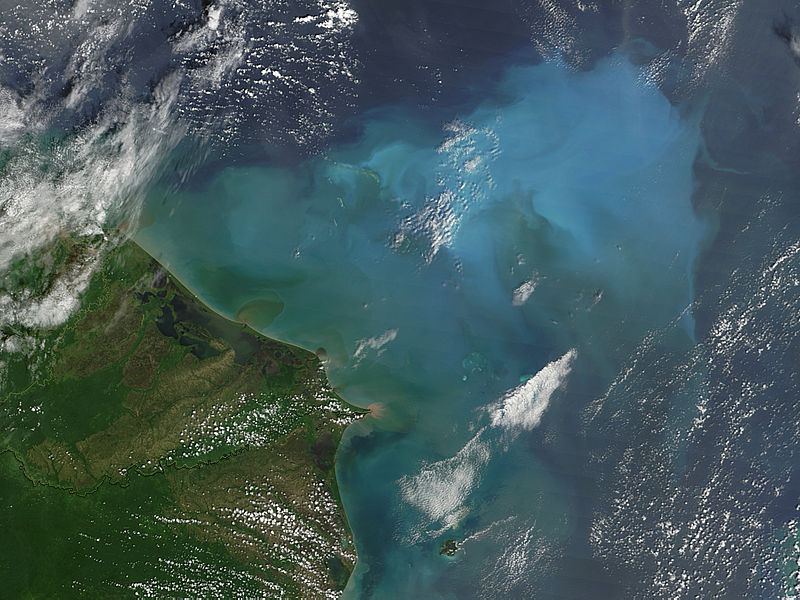 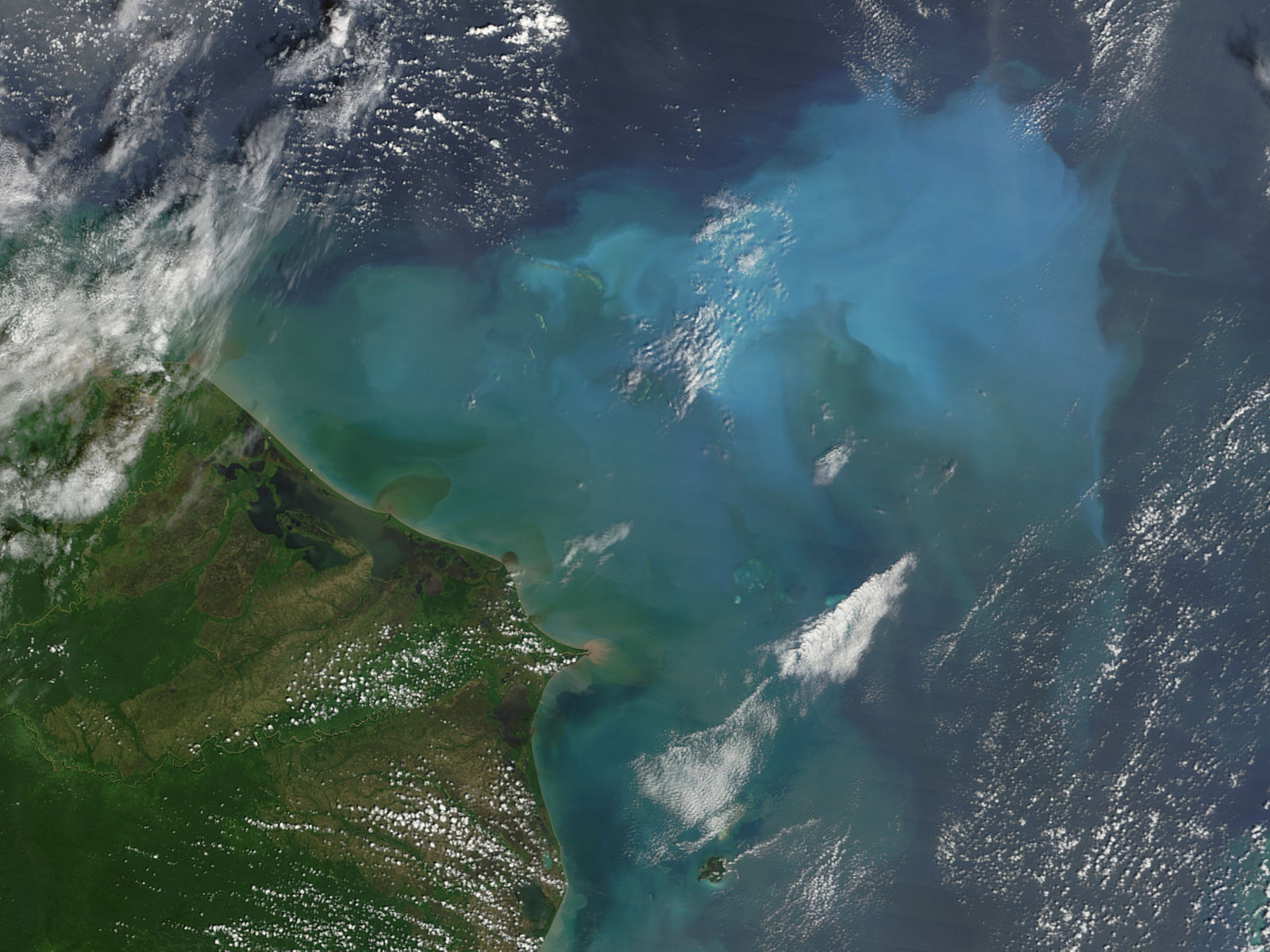 The Caribbean Sea glowed a brilliant blue on October 23, 2005, when the Moderate Resolution Imaging Spectroradiometer (MODIS) on NASA’s Terra satellite captured this image. The cloud of blue is a sign of Hurricane Wilma’s recent passage; it was over these waters that Wilma exploded from a weak Category 1 hurricane with sustained winds of 130 kilometers per hour (80 miles per hour) to the most powerful hurricane ever observed. This record-breaking intensification took place in the scant space of 12 hours between October 18 and October 19, 2005. With winds of 280 km/hr (175 mph), the storm moved slowly northwest toward the Yucatan Peninsula, churning the warm ocean waters and bringing sediment from the ocean floor to the surface. It is the sediment that scatters light, giving the water its brilliant color.

The ocean is shallow in this area, and a series of banks and coral reefs can be seen under the surface when waters are clear. The blue cloud traces out the outline of the bank where waters were shallow enough to stir up bottom sediment. The deeper water around the bank remains dark blue. Along the shore, flood-laden rivers pour mud into the ocean. The dirt fans out in tan, and then green plumes. The extra nutrients the run-off and bottom sediment bring to the surface may be feeding surface-dwelling ocean plants, which can also color ocean waters turquoise.

To read more about how hurricanes stir up ocean sediments, see “State of (Re)Suspense”, a NASA Science Focus! article.