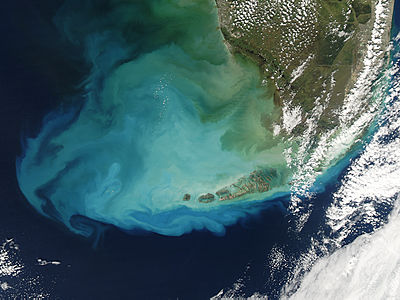 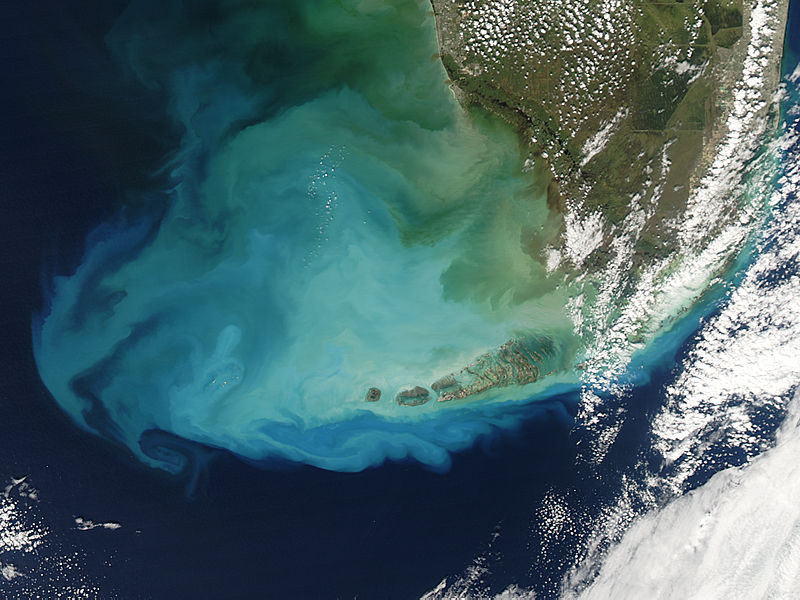 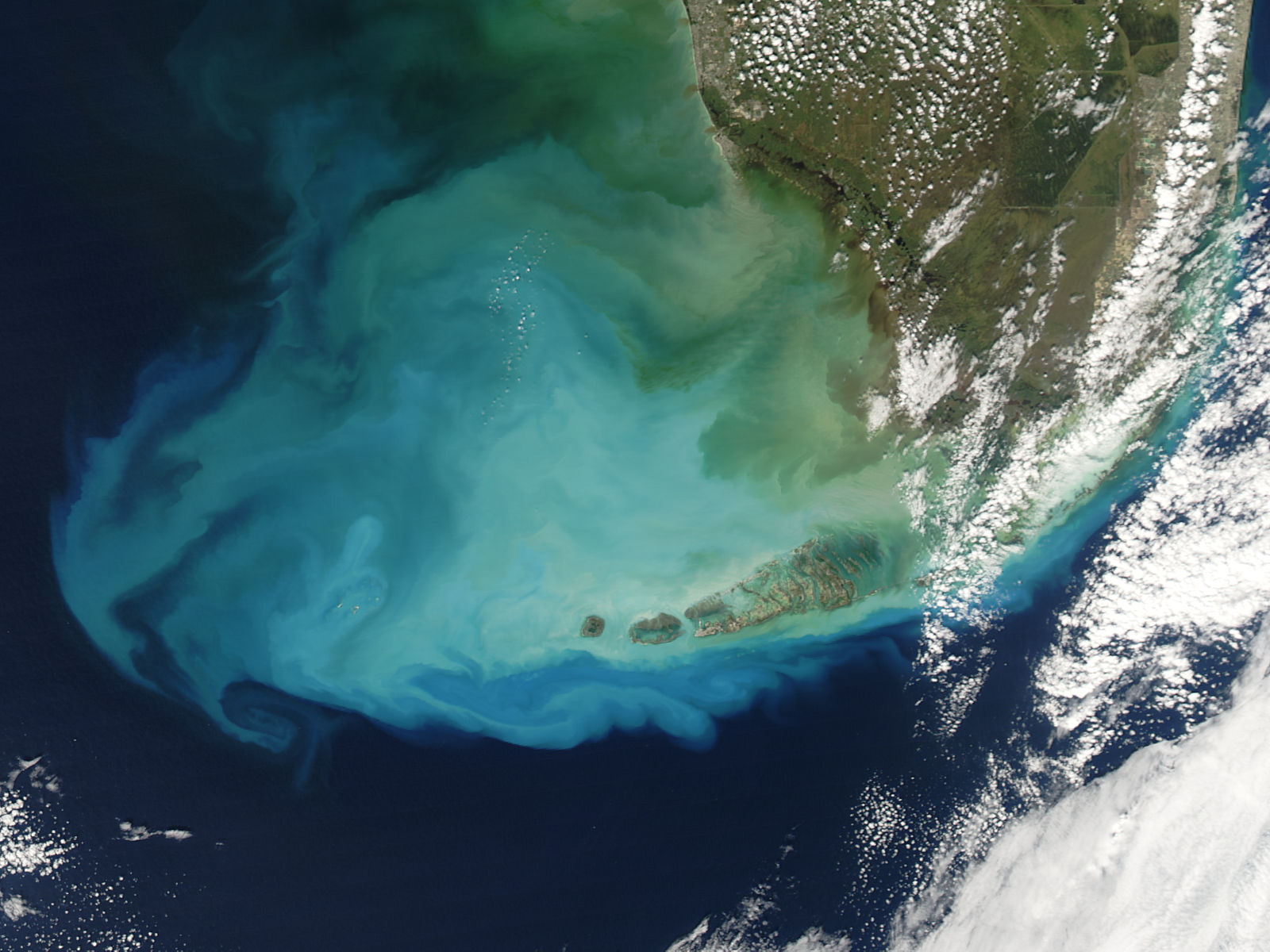 Milky water swirled off Florida’s southwest coast on October 27, 2005. The brilliant blue and white color is a result of calcium-rich sea-floor sediment brought to the surface by a storm-tossed sea. Hurricane Wilma passed over this region three days earlier with winds of 200 kilometers per hour (125 miles per hour). Near the coast, the ocean color changes to green. Here, surface plants may be coloring water or mud-laden water may be draining into the ocean. More than likely, both plants and run-off after Wilma’s heavy rains are creating the tan and green clouds in the water near the shore. The Moderate Resolution Imaging Spectroradiometer (MODIS) on NASA’ Aqua satellite captured this image on October 27, 2005.