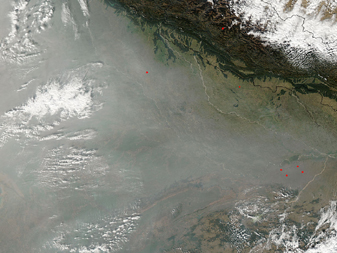 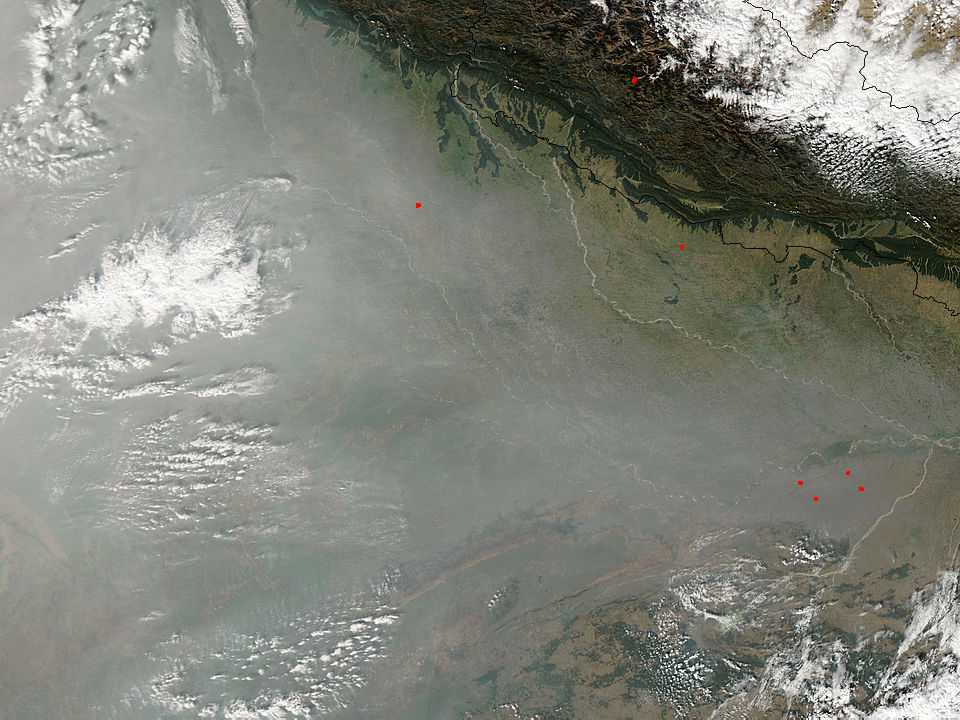 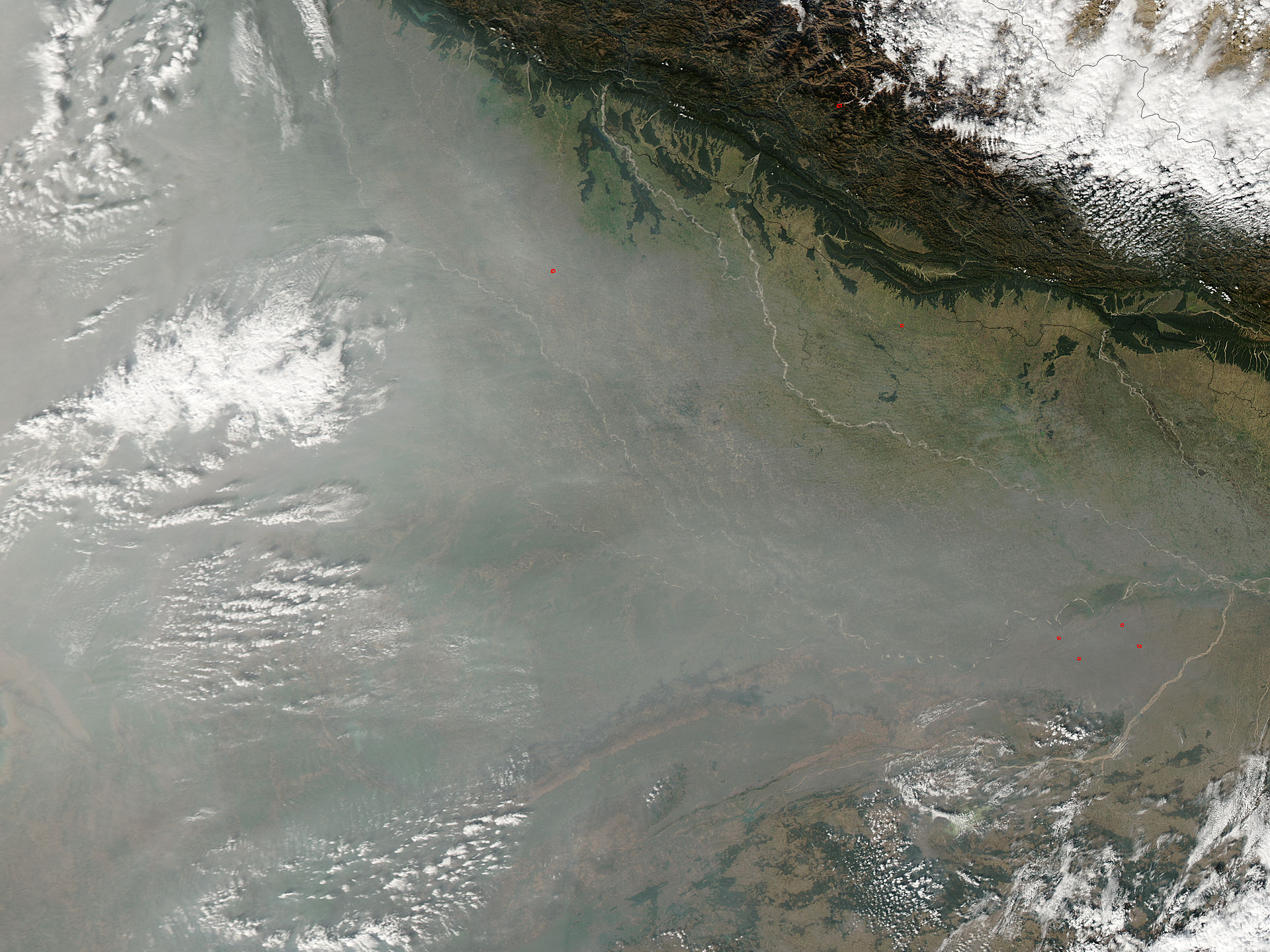 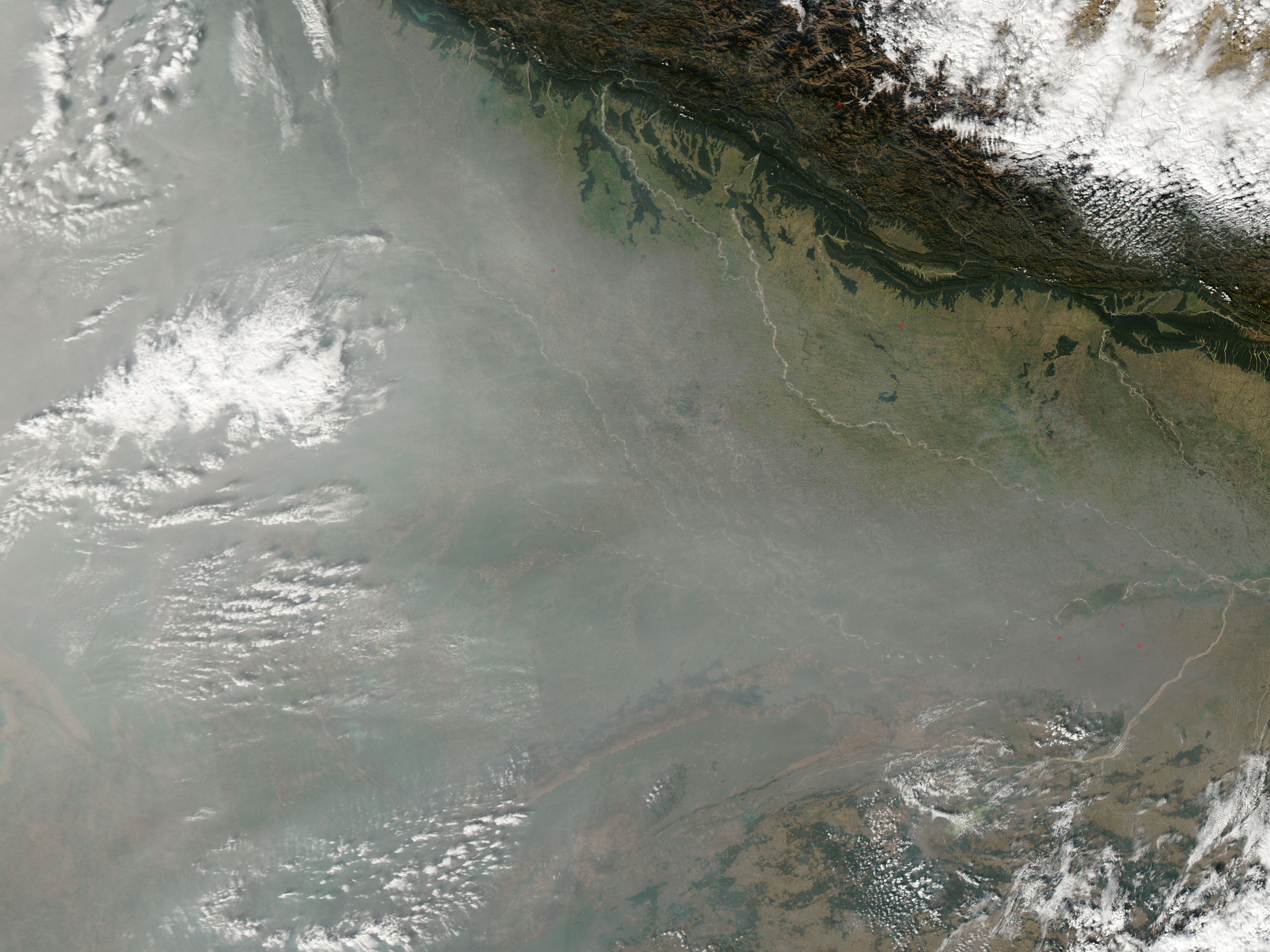 Smog and Fog in India

Smog and fog mixed at the base of the Himalayas in India in late December 2005. The Moderate Resolution Imaging Spectroradiometer (MODIS) flying onboard the Aqua satellite captured this image on December 21. In this picture, smog and fog hang so thickly over the region that the underlying ground surface is barely visible. In contrast, the air is much clearer over the Himalayas. Heavy air pollution is common in this region between December and February, and it often collects at the base of the mountains. According to news reports, the smog and fog combined to reduce visibility enough to delay air and rail travel on December 23, 2005. No flights could depart from or arrive in Delhi’s airport until late morning.