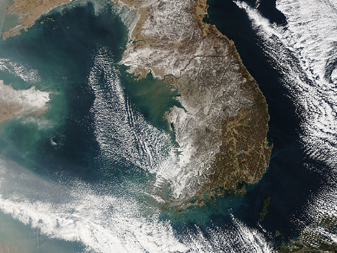 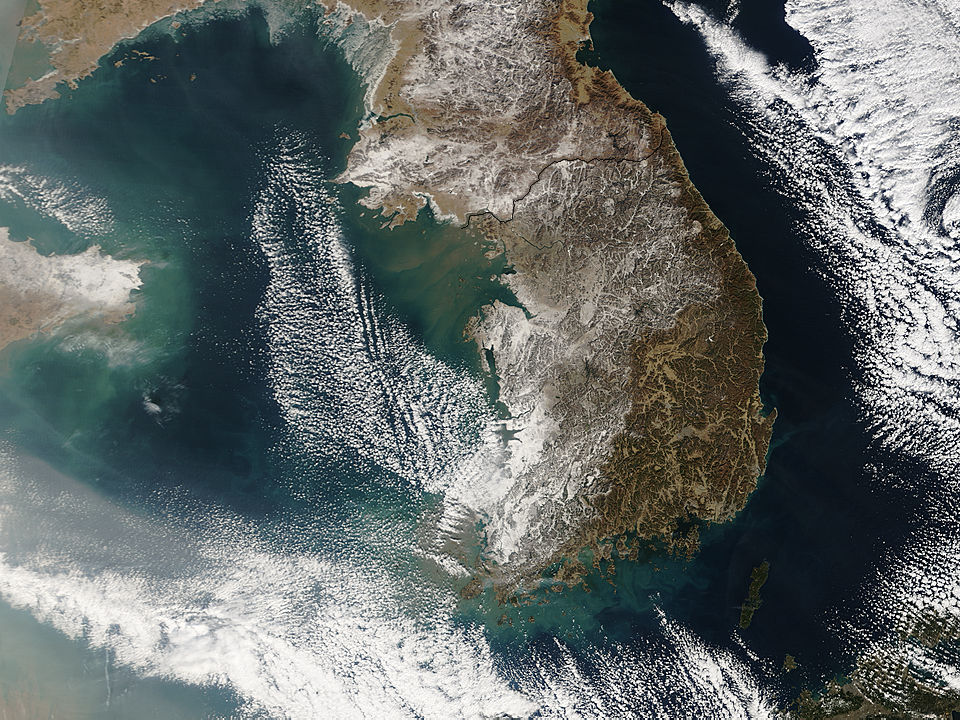 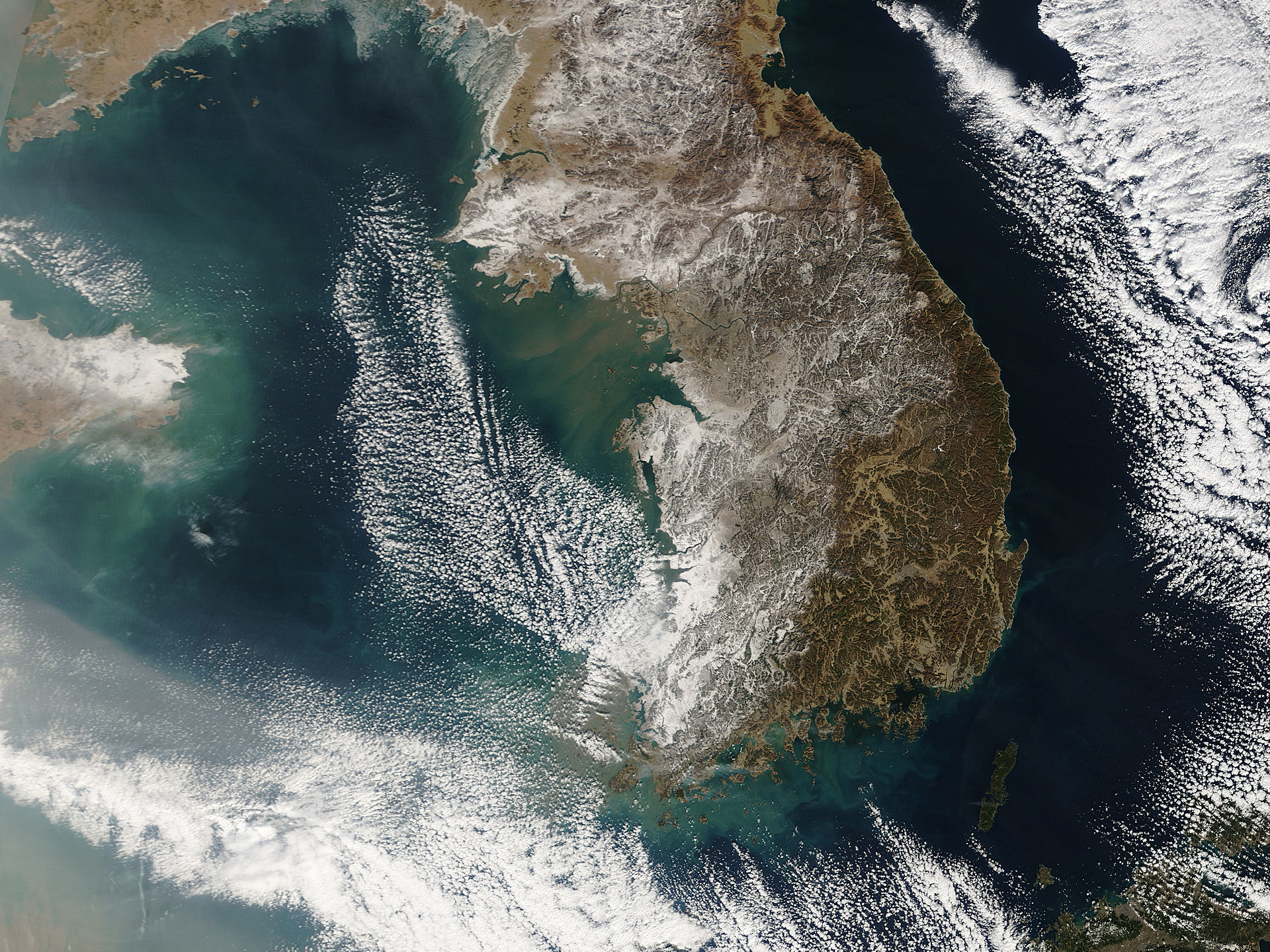 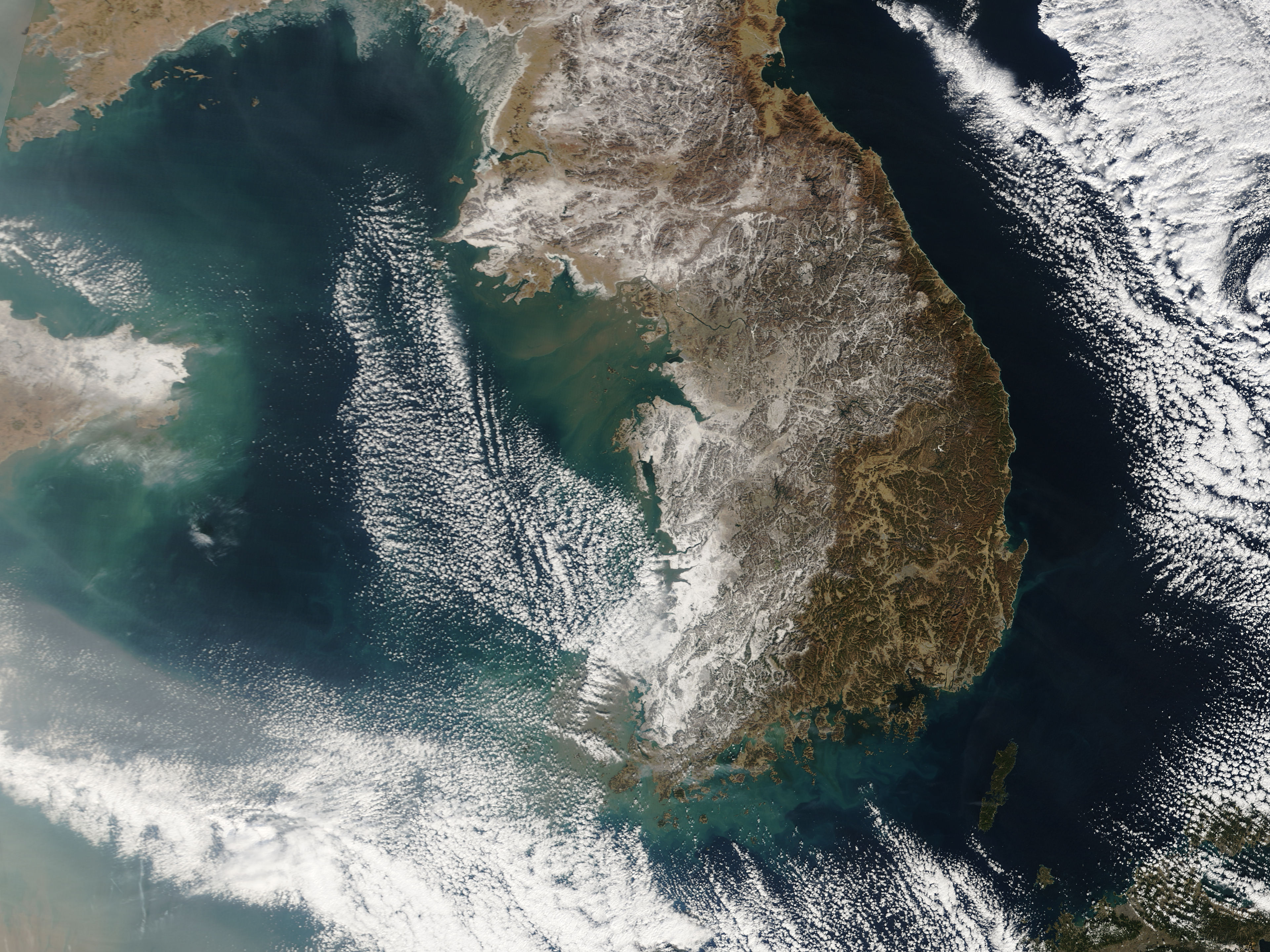 Clouds partially obscure the emerald and gold waters of the Yellow Sea (Huang Hai) in this image of the Korean peninsula. The Yellow Sea takes its name from the Yellow River, or Huang He, which in turn is named for the yellow silt that colors it. This silt is carried by the river from the Loess Plateau, a 640 square kilometer (247 square mile) basin in Northern China, into the Pacific Ocean. The Yellow River is the second largest river in China and is prone to severe flooding. In some places, the channel of the river is higher than the surrounding land—held in check by dikes and levees—and frequently overruns its banks. The net result is one of the highest rates of sedimentation in the world. This region is also influenced by sand from the Gobi Desert. The heating of the Earth’s surface by sunlight forms air currents (winds) that sometimes pick up dust and carry it higher into the atmosphere, creating large storms that can carry dust as far as Denver, Colorado.