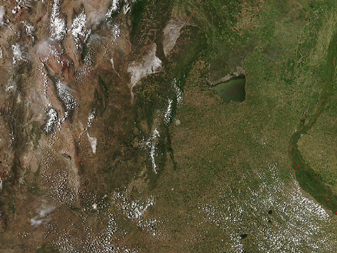 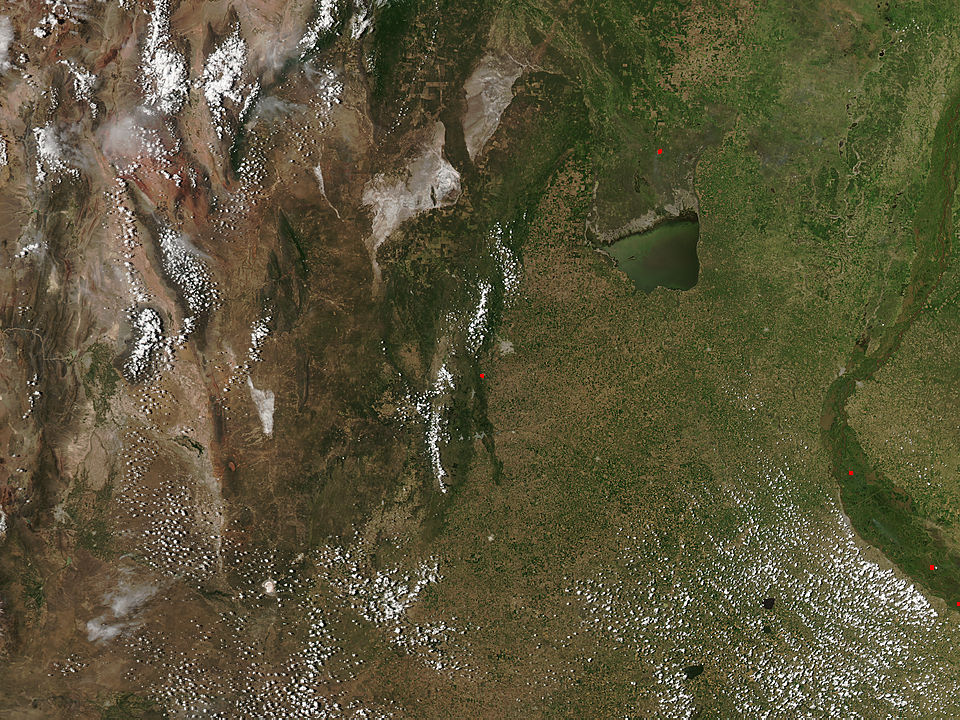 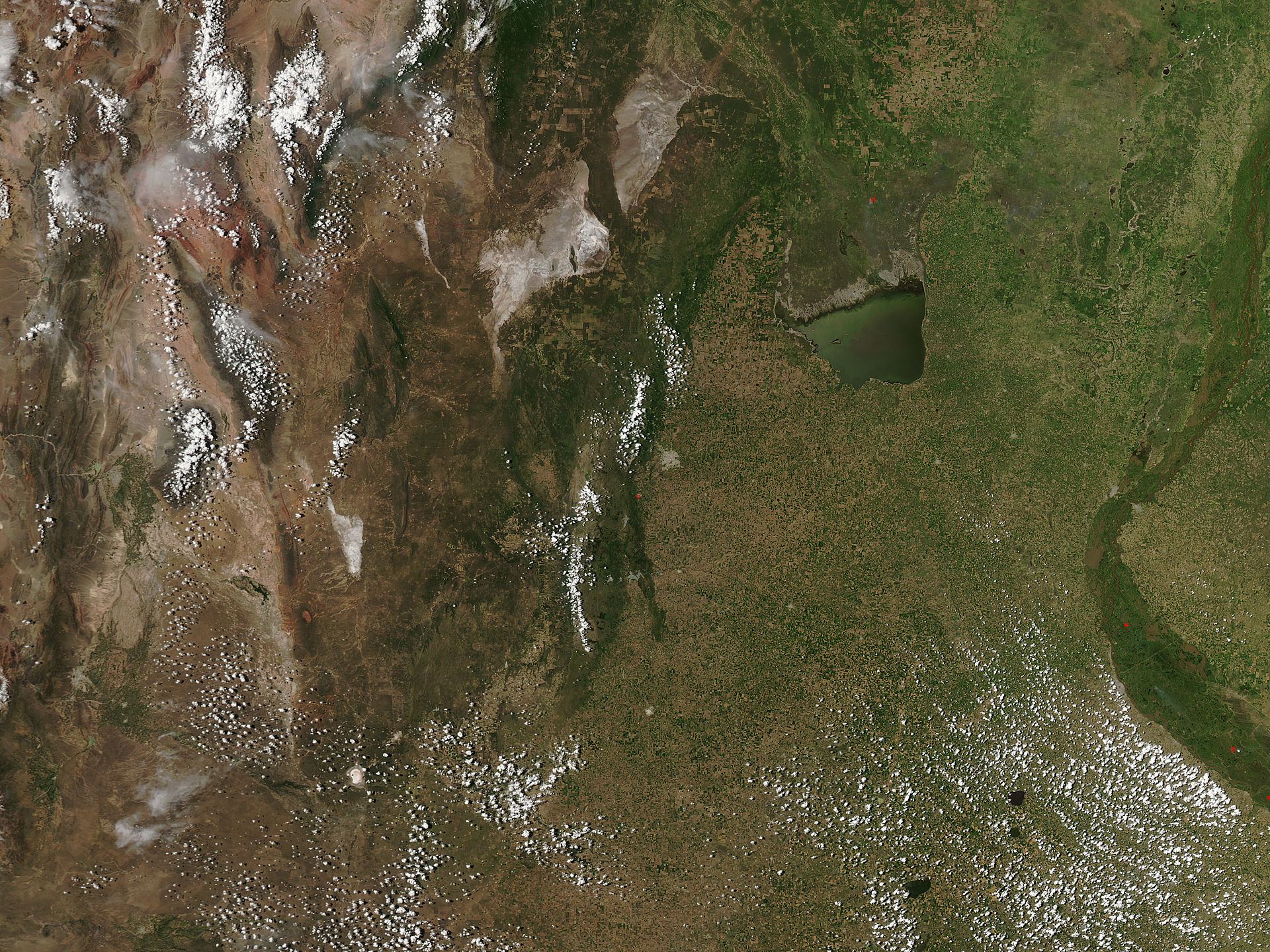 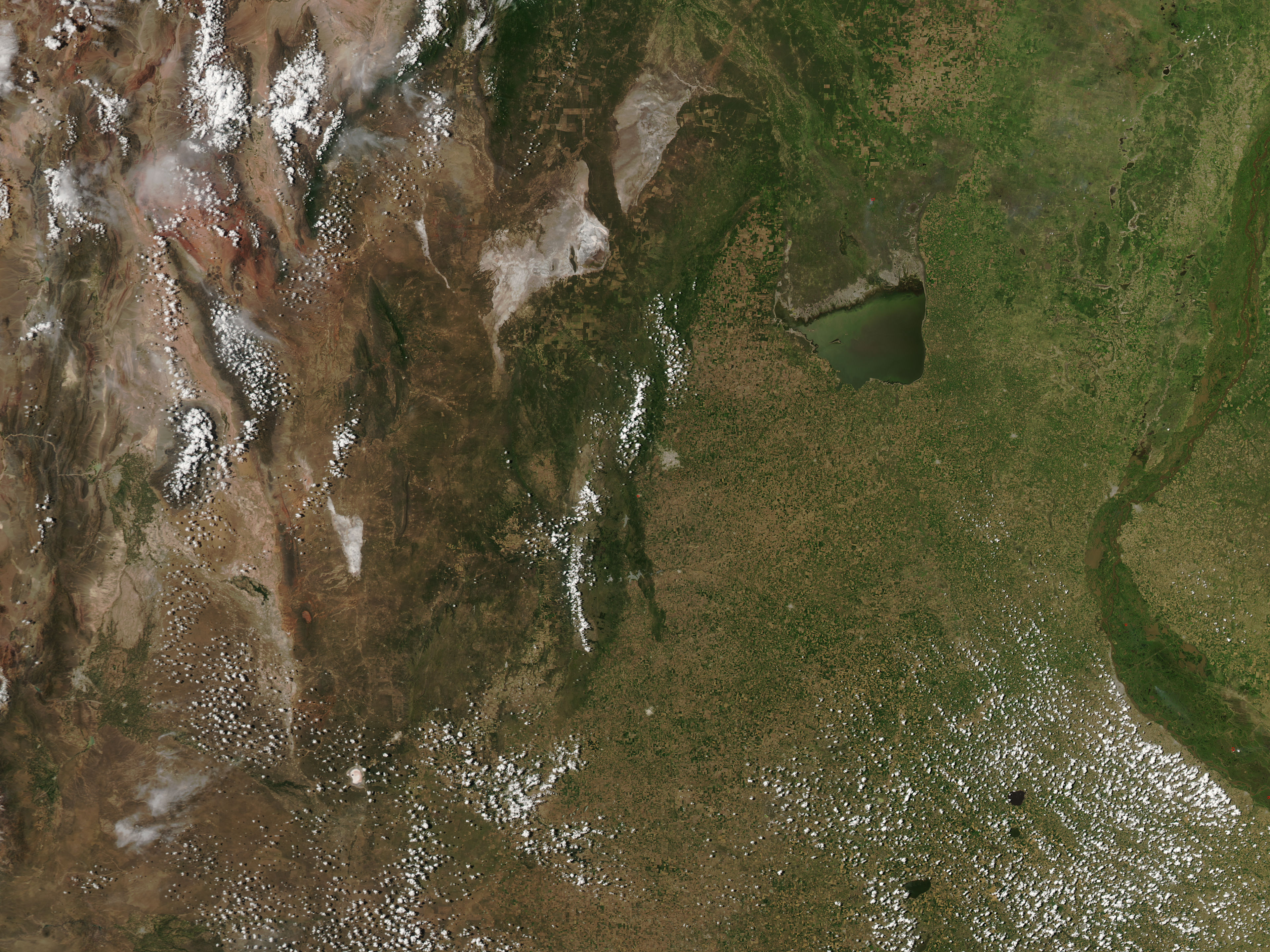 This image, acquired on December 20, 2005, is centered on the Cordoba province of Argentina. Nestled between the Andes Mountains to the West and the River Plate to the East, this region features the highest agricultural production in the country. In recent years, the city of Cordoba (the capital of the province of the same name) has become a major industrial and technological center, including the Centro Espacial Teófilo Tabanera, a “spaceport”. In cooperation with NASA, the government of Argentina operates two Earth-observing satellites from a ground station here. In addition, the Comisión Nacional de Actividades Espaciales (CONAE) – essentially the country’s space agency – operates a sun photometer which is a part of the of the AErosol RObotic NETwork (AERONET) a consortium of researchers committed to sharing their data and information for the benefit of science. Data collected here aids in our understanding how solar radiation reacts to things in the atmosphere like water vapor, smoke or dust, which is critical for the accurate measurements of the Earth’s surface by satellite observation.