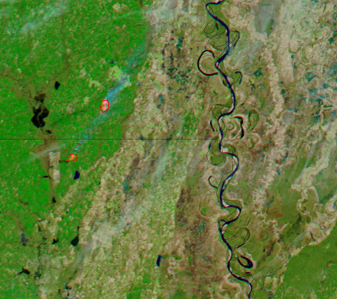 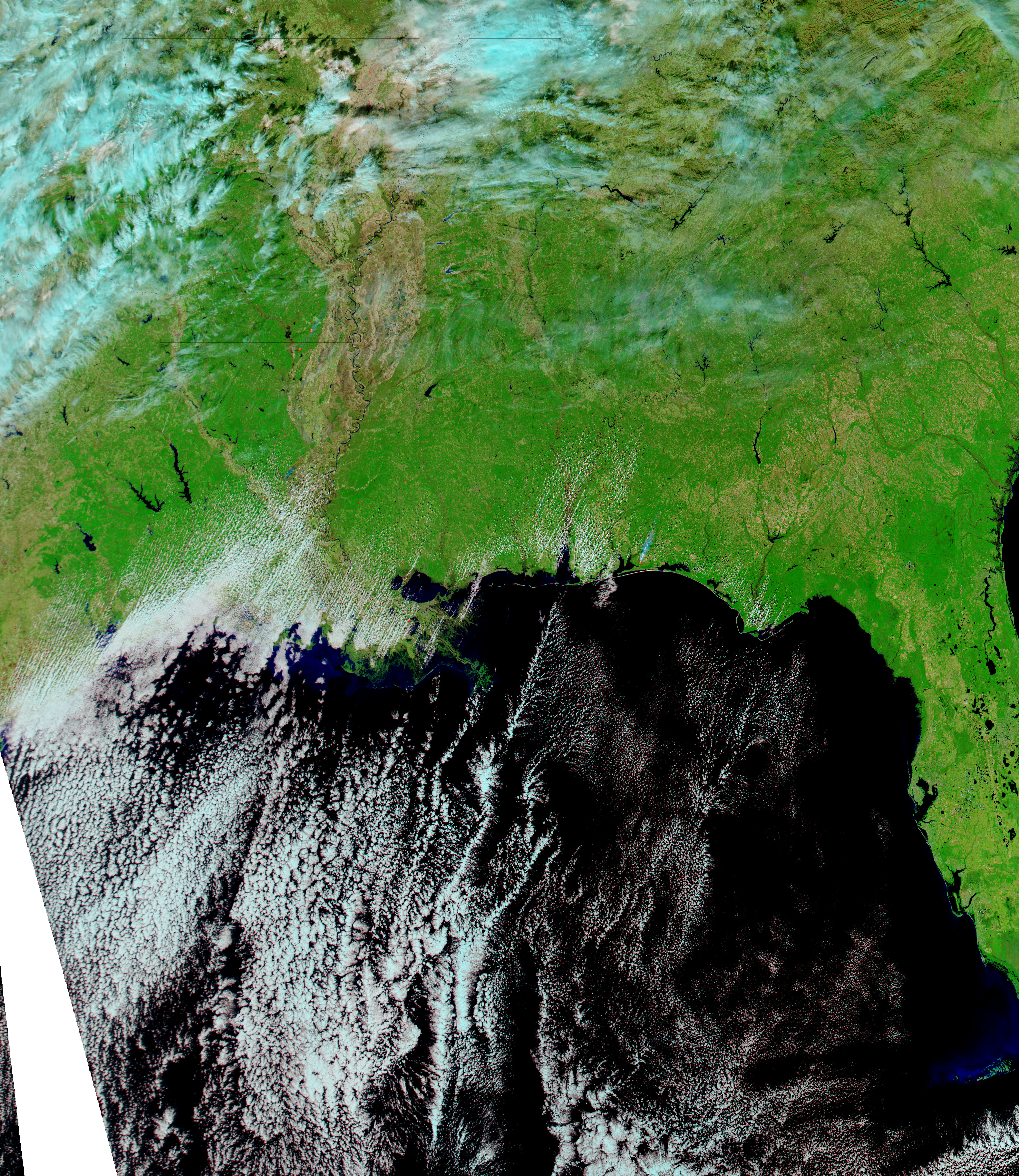 The combination of parched vegetation and gusty winds that caused dozens of devastating fires in New Mexico, Texas, and Oklahoma in the first week of 2006 has brought a similar fate to a wider area of the southern United States in the second week of January. Among the newly affected states is Arkansas. This image shows the southeast corner of the state, near the border with Louisiana. Two large fires were detected by the Moderate Resolution Imaging Spectroradiometer (MODIS) on NASA’s Aqua satellite when it collected this image on January 8, 2006. The image has been enhanced by the inclusion of shortwave and near-infrared energy that MODIS detected. Vegetation appears bright green, bare or thinly vegetated ground is tan, water is dark blue, and the actively burning areas of the fire appear bright pink (outlined in red). The image is shown at MODIS’ maximum spatial resolution of 250 meters per pixel. The MODIS Rapid Response Team provides daily images of the area in a variety of formats.