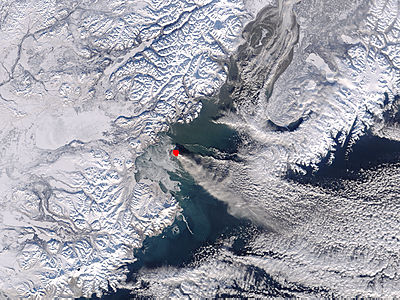 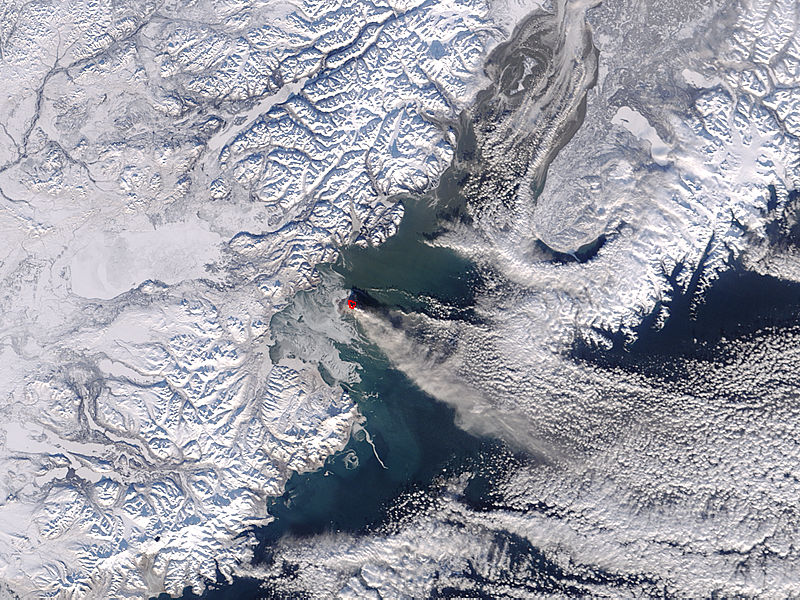 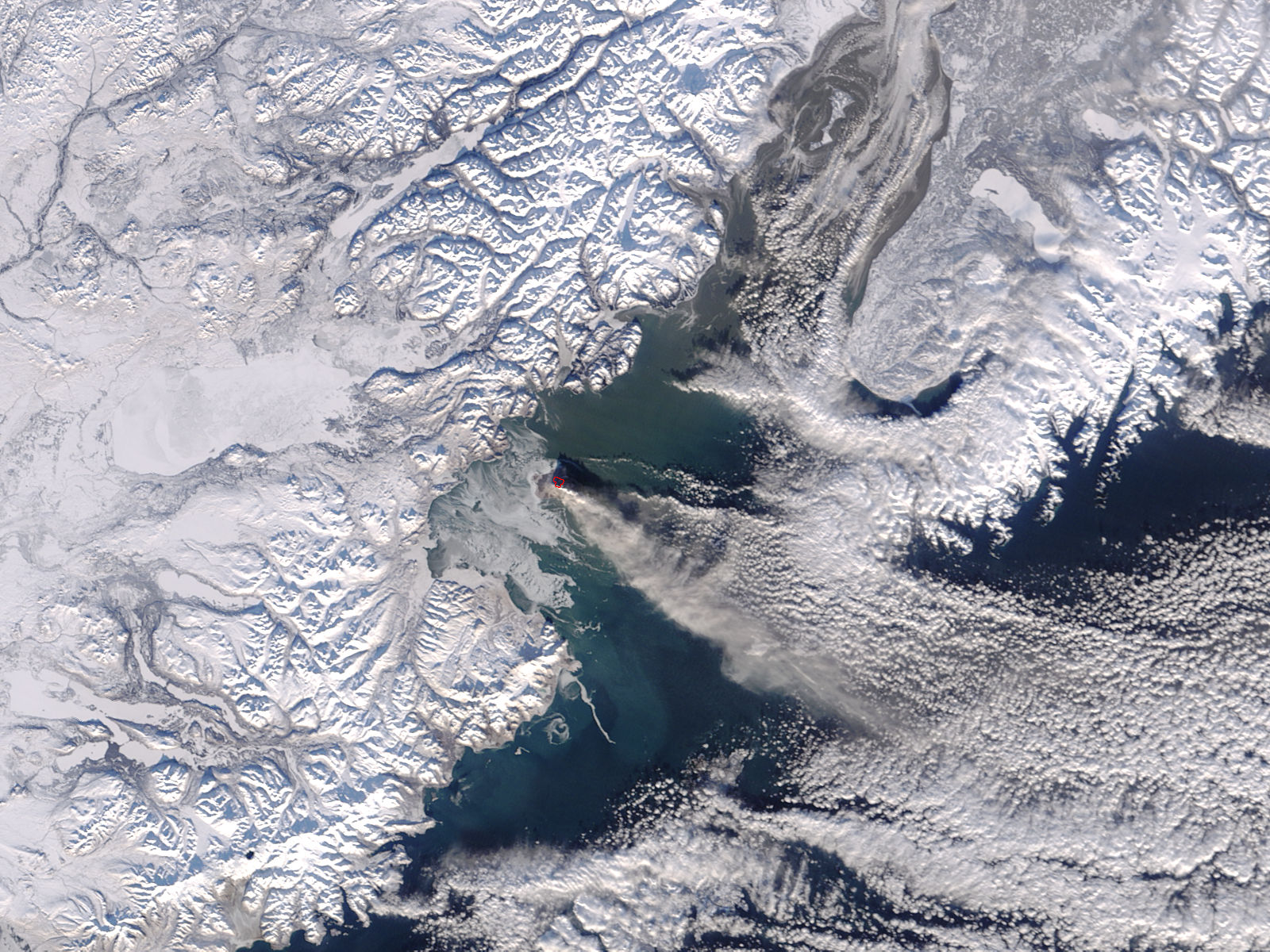 The Augustine Volcano in Alaska continued erupting on February 2, 2006. The Alaska Volcano Observatory reported a continuous plume of volcanic ash emitting from the volcano, accompanied by low-level explosions and pyroclastic flows of hot ash and rock fragments. The observatory warned that sudden eruptions producing ash clouds as high as 7,600 meters (25,000 feet) could occur without warning.

The Moderate Resolution Imaging Spectroradiometer (MODIS) flying onboard the Terra satellite captured this image on February 2, 2006. The Augustine Volcano can be distinguished partly by the red outline, indicating a ground surface much hotter than its surroundings. The volcano’s ash plume is pale gray-beige, barely darker than the nearby clouds. However, the clouds can be discerned from the ash by their distinct dot-like pattern.